Powering the Huawei P40 Pro is a Huawei Kirin 990 5G chipset. Similar to the Kirin 990 SoC in the Mate 30 Pro, it uses a 7nm architecture with a CPU, GPU, and NPU module, among other components that complete the processing unit. What makes it different from the Mate 30 Pro's processor is the inclusion of a new modem that supports 5G connectivity on both SA (standalone) and NSA (non-standalone) 5G networks.

Technically speaking, the Qualcomm equivalent of the Kirin 990 5G is none other than the Snapdragon 865, which also comes with 5G support and a dedicated CPU for AI. This Snapdragon SoC can be found on devices like the Oppo Find X2 Pro. The Samsung equivalent would the Exynos 990, which can be found on the latest Samsung Galaxy S20 series. Naturally, we'd compare the P40 Pro against these models to see if the chipset holds up against the competition. We'd also benchmark the P40 Pro alongside its predecessor to see if there have been any improvements.

JetStream 2 is a combination of a variety of JavaScript and Web Assembly benchmarks, including benchmarks that came before like SunSpider and Octane. It primarily tests for a system's and browser's ability in delivering a good web experience. It runs a total of 64 subtests, each weighted equally, with multiple iterations, and takes the geometric mean to compute the overall score. The higher the score, the better.

While it's markedly better than its predecessor, the P40 Pro falls comfortably within the middle of other current-gen Android flagships. Nothing to shout about, really, when what matters more was that both Google Chrome and its default built-in browser were both responsive at loading webpages. 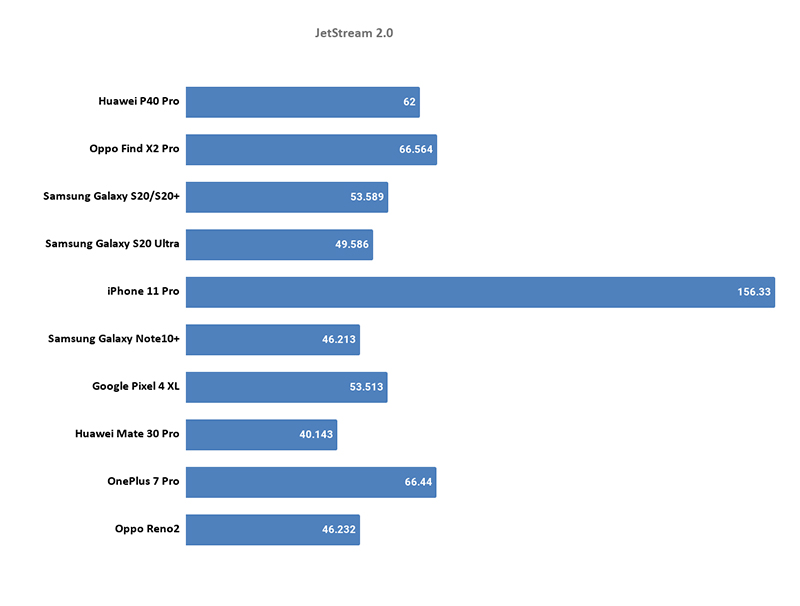 AnTuTu is an all-in-one benchmark that tests CPU, GPU, memory, and storage. The CPU benchmark evaluates both integer and floating-point performance. The GPU tests assess 2D and 3D performance, the memory test measures available memory bandwidth and latency, and the storage tests gauge the read and write speeds of a device's flash memory. The higher the score, the better.

Just because AnTuTu is a Chinese-made benchmark doesn't necessarily mean it would favour a Chinese-made phone. The P40 Pro's selling point is not its processing power, and it's apparent in both real-world use and on the benchmark chart. While it's undoubtedly flagship quality at loading apps or files from the internal storage, game apps still take a while to boot up, and even starting up its camera isn't as instantaneous as you might believe. That said, it's still a marked improvement from its predecessor, and that's what counts. 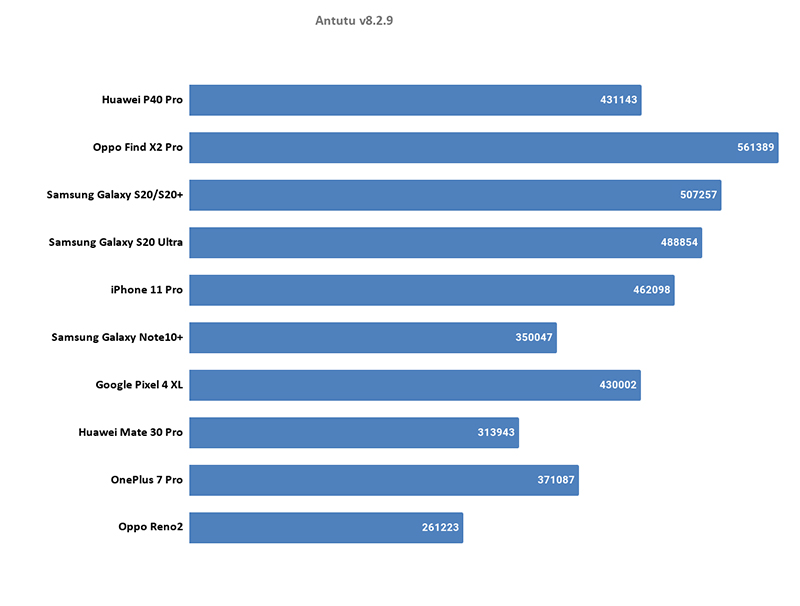 Geekbench CPU is a cross-platform processor benchmark that tests both single-core and multi-core performance with workloads that simulate real-world usage. Geekbench 5 scores are calibrated against a baseline score of 1000, which is the score of an Intel Core i3-8100. As a result, Geekbench 5 scores are not comparable against those of Geekbench 4, whose baseline score is derived from an Intel Core i7-6600 processor. The higher the score, the better.

Geekbench's findings are aligned with AnTuTu's, so it's not surprising that we see this chart's results. However, it's worth noting that the P40 Pro's processing is almost on par with devices carrying the Qualcomm Snapdragon 865 chipset. 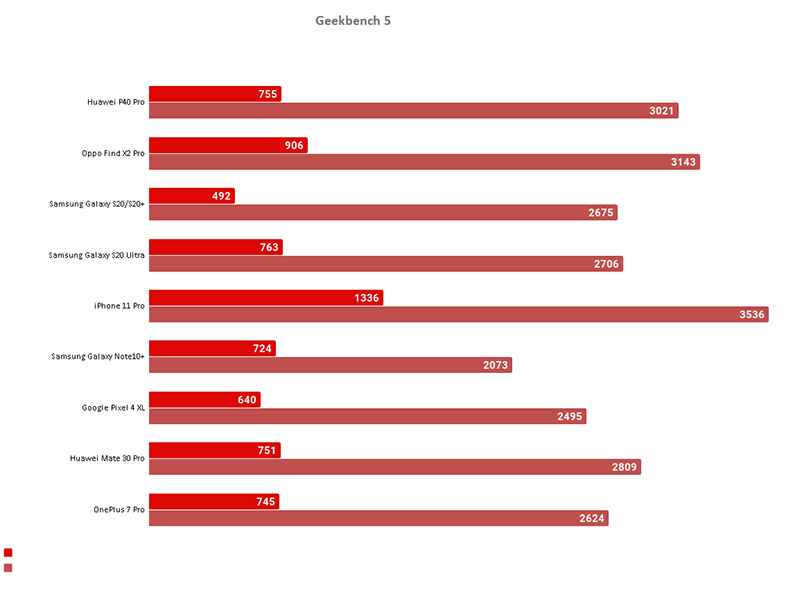 While it's significantly better than its preceding model, graphics performance still lags behind the competition. If you're big on gaming, the P40 Pro wouldn't be the best option out there, even with its 90Hz refresh rate display. 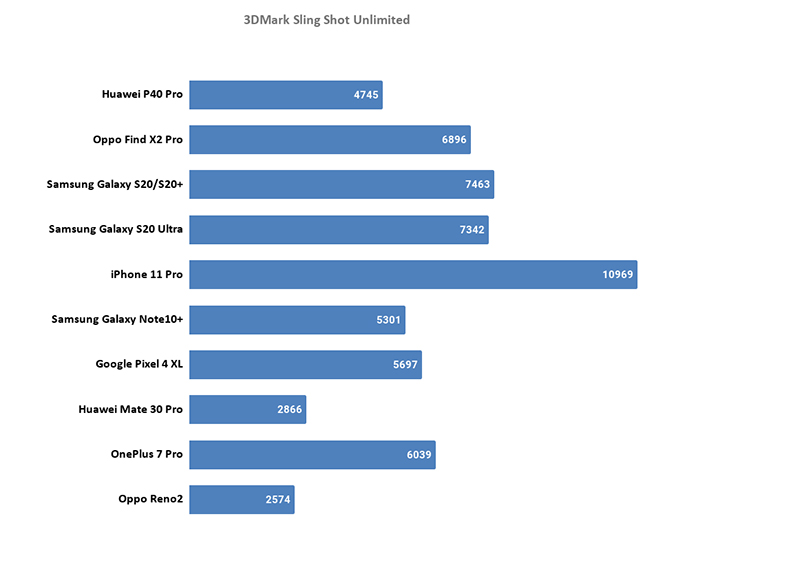 This is where the P40 Pro turns the fight around. The lukewarm flagship processing performance paid off in spades with whopping battery life, even exceeding the S20 Ultra's 5,000mAh battery in terms of uptime. It's no surprise that the Mate 30 Pro (4,500mAh) also lasted almost as long since the chipset is similar save for the 5G modem in the P40 Pro's version. This means that Huawei managed to squeeze out just a little more performance for a similar chipset while maintaining its uptime.

Charging was really fast too, as it took approximately 50 minutes (average) with its provided charger to go from 0 to 100%. 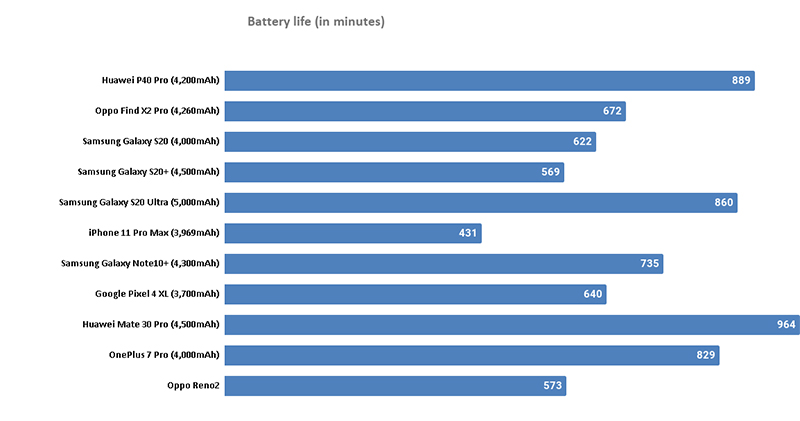 A quick price chart before we conclude: 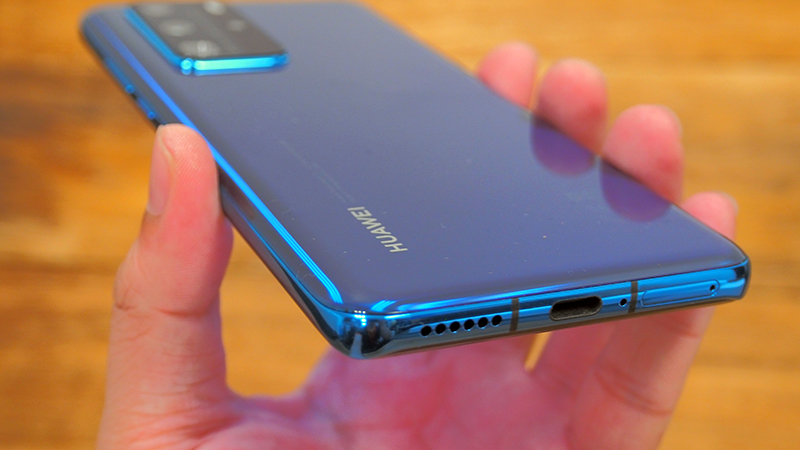 Let's be frank here. 5G network will take a little while before it arrives in Singapore and Covid-19 is doing a stellar job at making sure that people based here aren't getting to go anywhere with a 5G network anytime soon. Having 5G support on the device (or the lack thereof) isn't a deal-breaker in flagship devices - at least, not until next year. This opens up the P40 Pro to many other alternatives, which makes it tough for Huawei since the P40 Pro doesn't have Google Mobile Services.

Would we still recommend getting the P40 Pro? It's mostly a yes, with many things considered. It's a flagship device that manages to deliver further improvements to its already outstanding camera performance, retains its good battery uptime while having respectable flagship-tier processing power that should satisfy most users.

Am I getting the most value out of it? That depends on how much you'd prioritise the display, speaker quality and Google Mobile Services. The other alternatives listed at the top of this section have pretty amazing display panels themselves, so the P40 Pro doesn't quite stand out in this aspect. Also, it might not bode well for some if they had to use the internet browser to access Gmail, and other Google services. While very easy workarounds exist such as even using Web Apps to gain 'mobile app' friendly interaction, it really depends if the would-be buyer is open to these options. It's more of a mindset problem and usage preference prioritization than anything else. 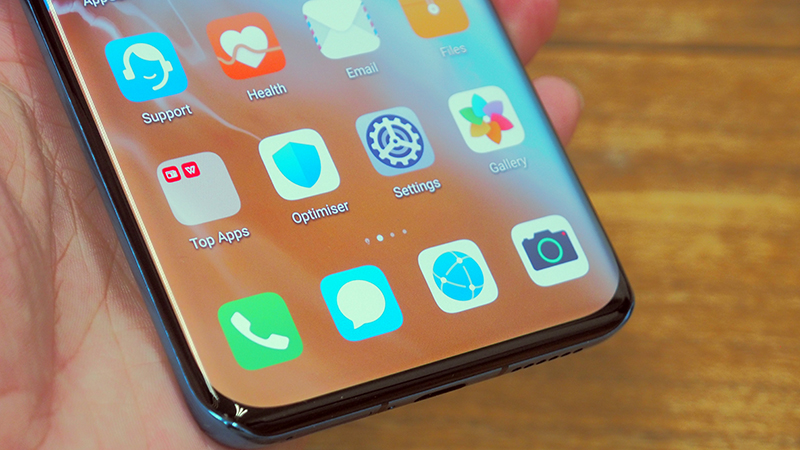 Power users will certainly find it less of an issue if they're already used to installing Android apps via third-party app stores, which carry all the other apps you'll need (albeit not officially). After all, the P40 Pro is still an Android-based phone, and Huawei is making the gap smaller by having more and more app developers creating apps for Huawei's app store, AppGallery. It's only a matter of time before Huawei gets to the proverbial 'there'.

There's also something to be said about the longevity of a business unit when it's missing core features like Google Mobile Services. Most phone brands that try to deviate from the iOS/Android formula wouldn't even last as long as the time it took to read this review (remember BlackBerry or the Microsoft OS Lumia phones?). While Huawei has the backing of deep pockets and in-house R&D, so did Research In Motion and Microsoft. 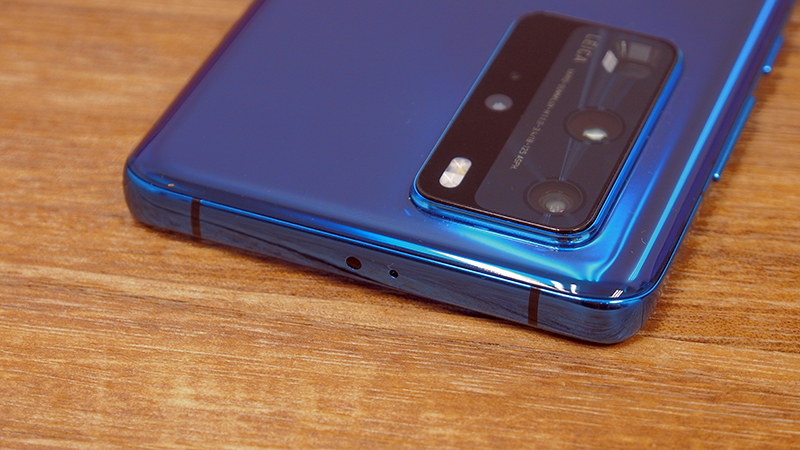 It's not for us to determine if you can or cannot live without Google's services, nor is it for us to say how amazing AppGallery is (it actually isn't in terms of selection, but that's because we've used iOS App Store and Google Play Store ever since they came into existence). However, it's fair to say that Huawei did - within their means - put out a reasonably decent flagship smartphone while improving on its core selling point - the camera.

What we're not so sure about is its S1,448 suggested retail price. While it's in-line with many other flagship devices out in the market, there's still the slight inconvenience to put up for a phone with Google Mobile Services at this juncture and we were hoping that it would be priced a little more favourably to help consumers make the hop to Huawei's latest offering. Huawei's pre-order offer was quite helpful to that extent with a generous bundle offered, that we can safely say the Huawei P40 Pro offered great value. However, that offer doesn't exist now.

For those who can't come to terms to cough up that much for the Huawei P40 series, don't forget that there's a regular P40 model priced at only S$1,048. It offers much of what the P40 Pro has, but with 128GB internal storage (instead of 256GB), 16MP telephoto camera (instead of a 40MP sensor), 'only' 3x optical zoom and no ToF camera. That's not a whole lot of difference and you still get all the great imaging capabilities offered by the main 50MP Ultra Vision Camera that's present throughout the entire series. So if you're having second thoughts of considering the Huawei P40 Pro because of its price point, the P40 is a much more viable option to enjoy many of Huawei's newest capabilities and features now.

Personally, I'd still use my Google-capable Android OS smartphone (such as users of the P30 Pro) until it properly conks out before I get the P40 Pro. But if that phone died tomorrow (touch wood), the P40 Pro would definitely be up for consideration because of all its plus points - great camera, good battery uptime, and a nice screen. Granted I might be missing out on some of the contactless payment options, it won't be long before Huawei gets around to that.

It is a phone made for smartphone photography, against all the odds, and it will only get better as the Huawei AppGallery matures.