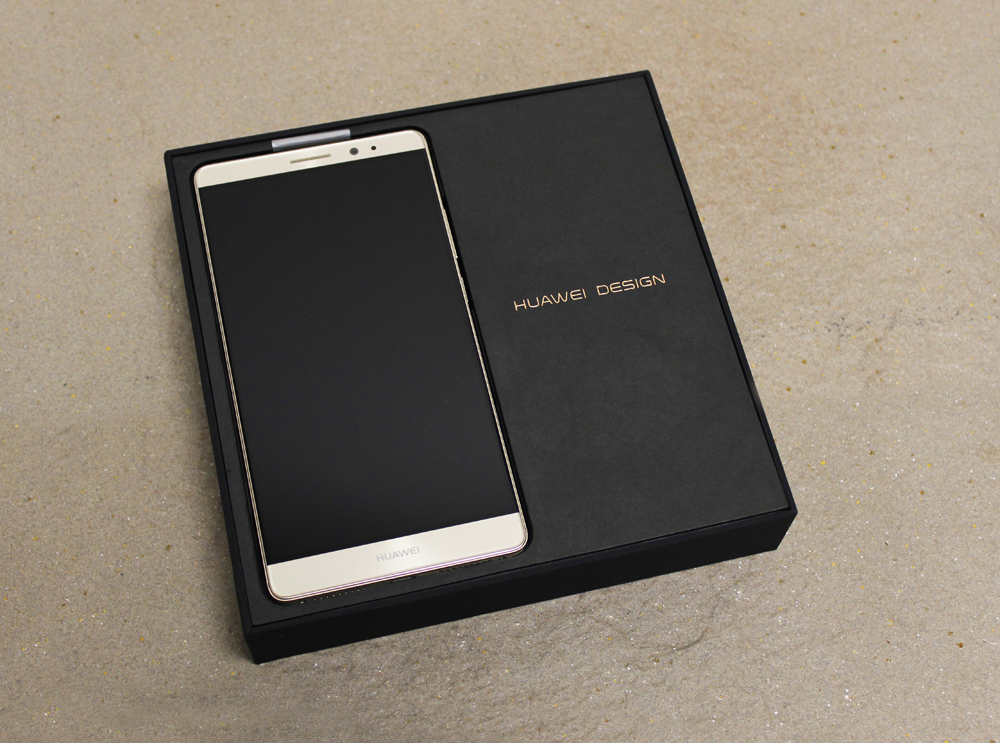 Huawei jumped onto a lot of people's radars last year with the Nexus 6P, its first collaborative device made with Google, and one of the best smartphones of 2015. Eager to maintain that momentum, Huawei is now back with a new flagship phablet of its own, the Huawei Mate 8, a 6-inch full-metal phablet with a Full HD display, powered by Huawei's own flagship HiSilicon Kirin 950 processor and 4GB RAM.

Huawei has been making really nice looking hardware for the past two years or so, and the Mate 8 is no exception. Easily matching the level of craftsmanship you expect from Apple, the Mate 8 has a sleek all-metal body and is available in Moonlight Silver, Space Gray, Champagne Gold and Mocha Brown. Having said that, in Singapore, only the Champagne Gold version will be available (it's the nicest color anyway). 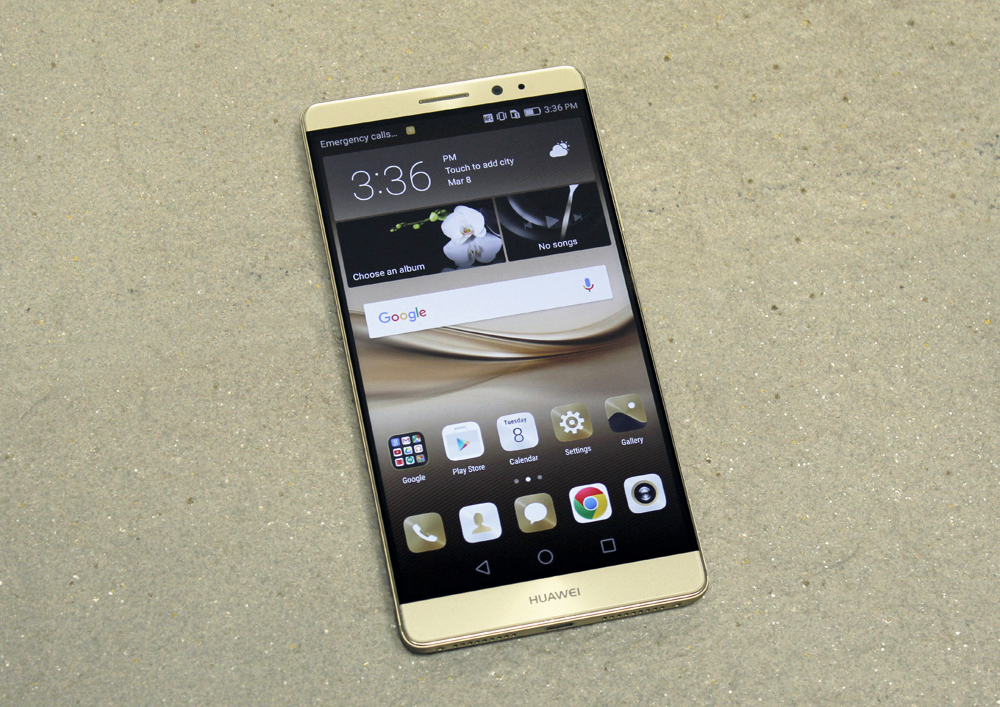 The sides of the phone have chamfered edges, and there's a very slight curve to the rear that makes the phone more comfortable in hand than other large phablets.

Despite its massive display, the Mate 8 doesn't feel much bigger than other phablets in the more standard 5.5 to 5.7-inch range, thanks to its incredibly thin 1.7mm bezels. This gives the phone a nearly 80 percent screen-to-body ratio. In fact, it's only about 3mm wider than the 5.5-inch iPhone 6s Plus, and amazingly, it's actually 1mm shorter too. The phone is also remarkably light, coming in at just 185g, making it 7g lighter than the iPhone 6s Plus. 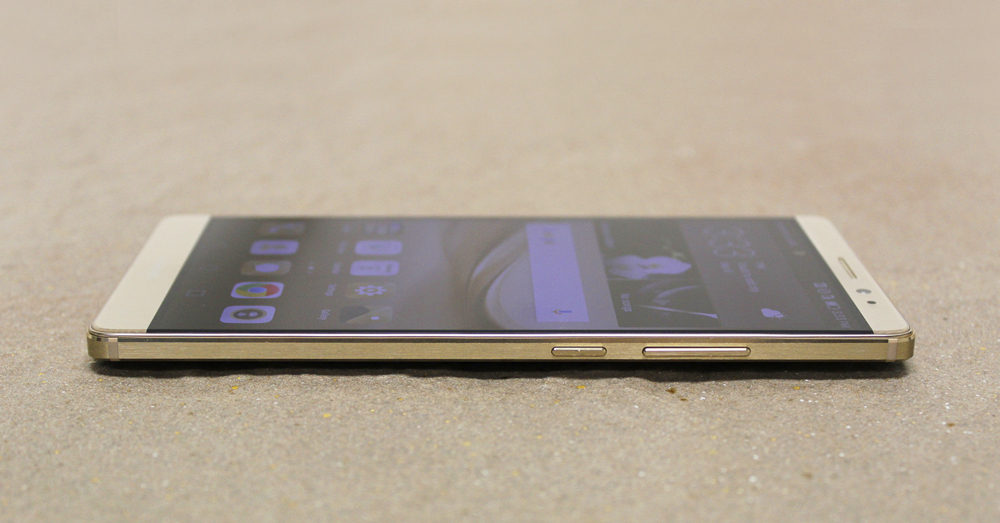 On the back of the device, two strips of plastic at the top and bottom house the antenna, but the color blends in perfectly with the rest of the phone, unlike the unsightly antenna lines on the iPhone. 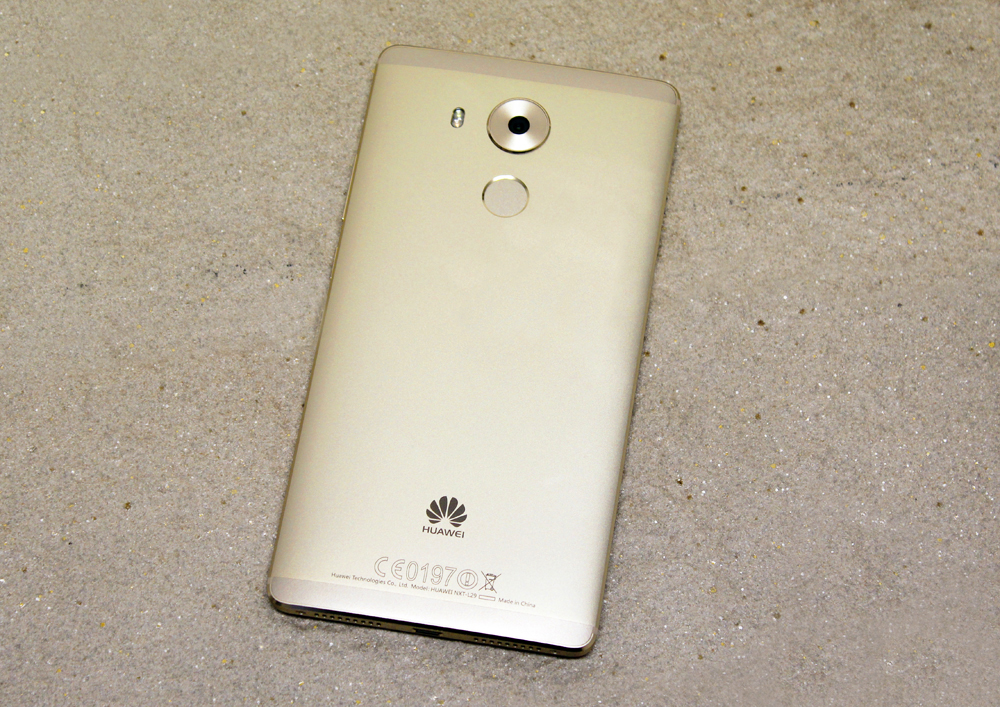 There's a round fingerprint scanner on the back of the Mate 8. Like the fingerprint sensor on the Nexus 6P, the Mate 8’s is slightly recessed and perfectly round, unlike earlier Huawei phones that had a square sensor. It’s not a button, so you don't have to press down on it to unlock the phone. The sensor appears to be the same one used in the Nexus 6P, and it's lightning fast - in fact, it's as good as anything else out there right now. The fingerprint sensor does more than just unlock the phone too. Additional functions can be found in the settings for triggering the camera, handling calls, or stopping the alarm.

Above the fingerprint scanner there's a circular camera module with a ring of chamfered metal around it. The camera lens does protrude a little bit, but it's not too bad overall. 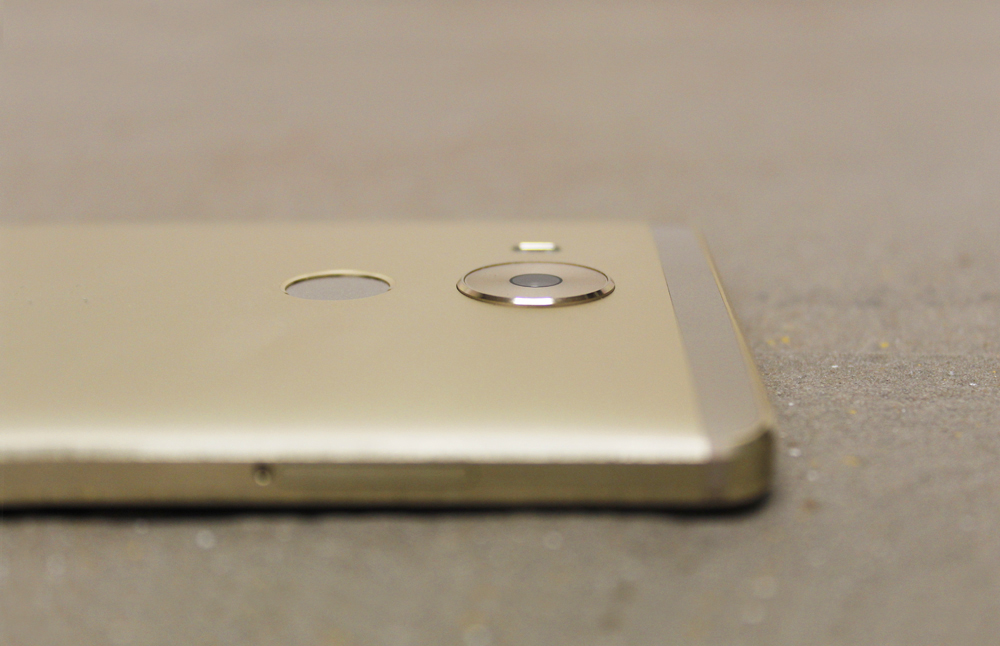 The bottom edge houses the micro-USB port as well as two speaker grilles. A dual SIM card tray, with the second slot doubling up as a microSD card slot that accepts up to 128GB cards can be found on the left side. Both the power button and the volume rocker can be found on the right-hand side. The power button has a circular pattern etched into it so it's easier to locate. 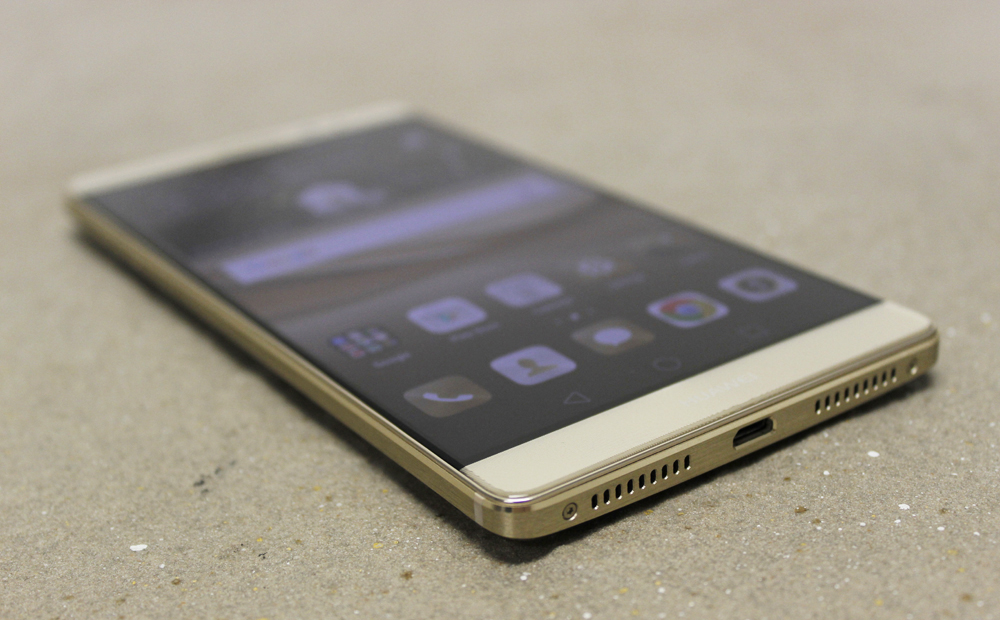 While many of its competitors have moved on to Quad HD resolution displays, Huawei has stuck to Full HD, and honestly we're fine with that. QHD displays may look slightly better under scrutiny, but even at 6 inches, the Mate 8's 1,920 x 1,080 pixels resolution (368 ppi) is sharp enough that you won't be able to see any pixels unless you pull out a magnifying glass. Having said that, we do wish that Huawei had opted for an AMOLED display, as it did with the Nexus 6P, instead of the IPS-NEO LCD found on the Mate 8. Blacks aren't quite as deep as they are on the Nexus 6P, and colors look slightly off too - whites are slightly warm and reds are a bit oversaturated. You can correct this in the display menu setting's White Balance option, but it's something to take note of. 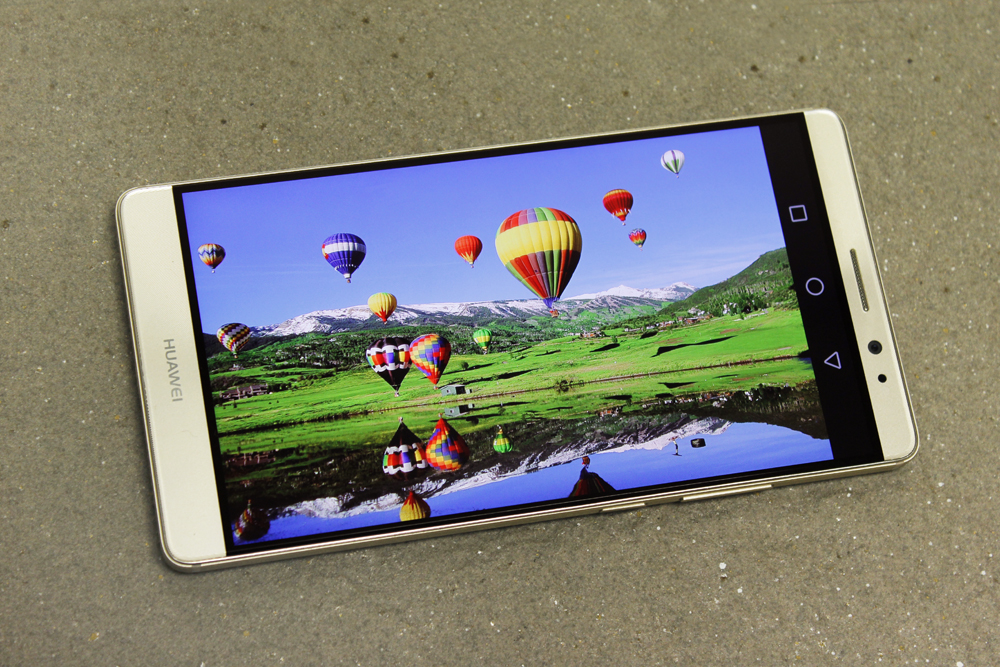 Audio on the Mate 8 is provided by a single speaker found on the bottom of the device. The speaker is a little underpowered, and doesn't produce enough volume, but what sound it does produce is balanced and accurate. Conversely, with a good pair of headphones plugged in, the integrated DTS audio suite delivers a rich sound and an enjoyable listening experience.

Thanks to Huawei's partnership with Google, the Mate 8 is one of the first phones to launch with Android 6.0 Marshmallow pre-installed. Having said that, if I didn't tell you, you might not know, because Huawei has installed its own EMUI 4.0 interface over the top of it, which drastically changes the entire UI. As with many China smartphones, the new UI takes a lot of cues from iOS, completely removing the app drawer and making big changes to the look of the notification panel, lock-screen quick panel and even the icons. 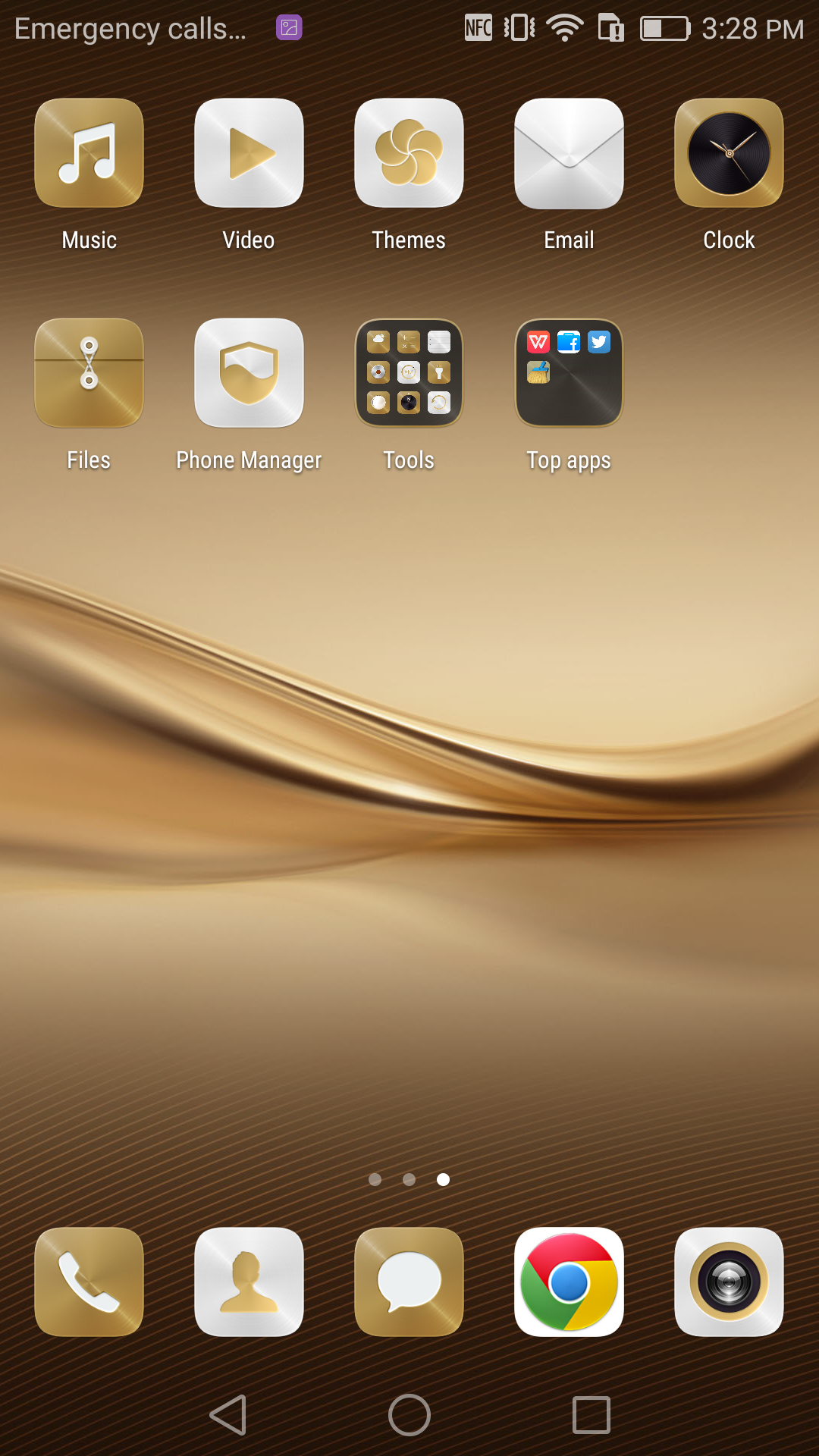 On the plus side, EMUI 4.0 comes with its own unique features that you won't find on any other Android phone. The most prominent is Huawei's unique Knuckle Sense 2.0, which allows you to perform various actions - take a screenshot, start recording a video, open an app - using different knuckle gestures. In actual use Knuckle Sense is a bit of a hit-or-miss affair, and it's honestly not the most intuitive feature to use, but if you can train yourself to use it, it does actually work quite well. In our time with the phone, the only knuckle sense feature we commonly used was double knuckle tap to take a screenshot. 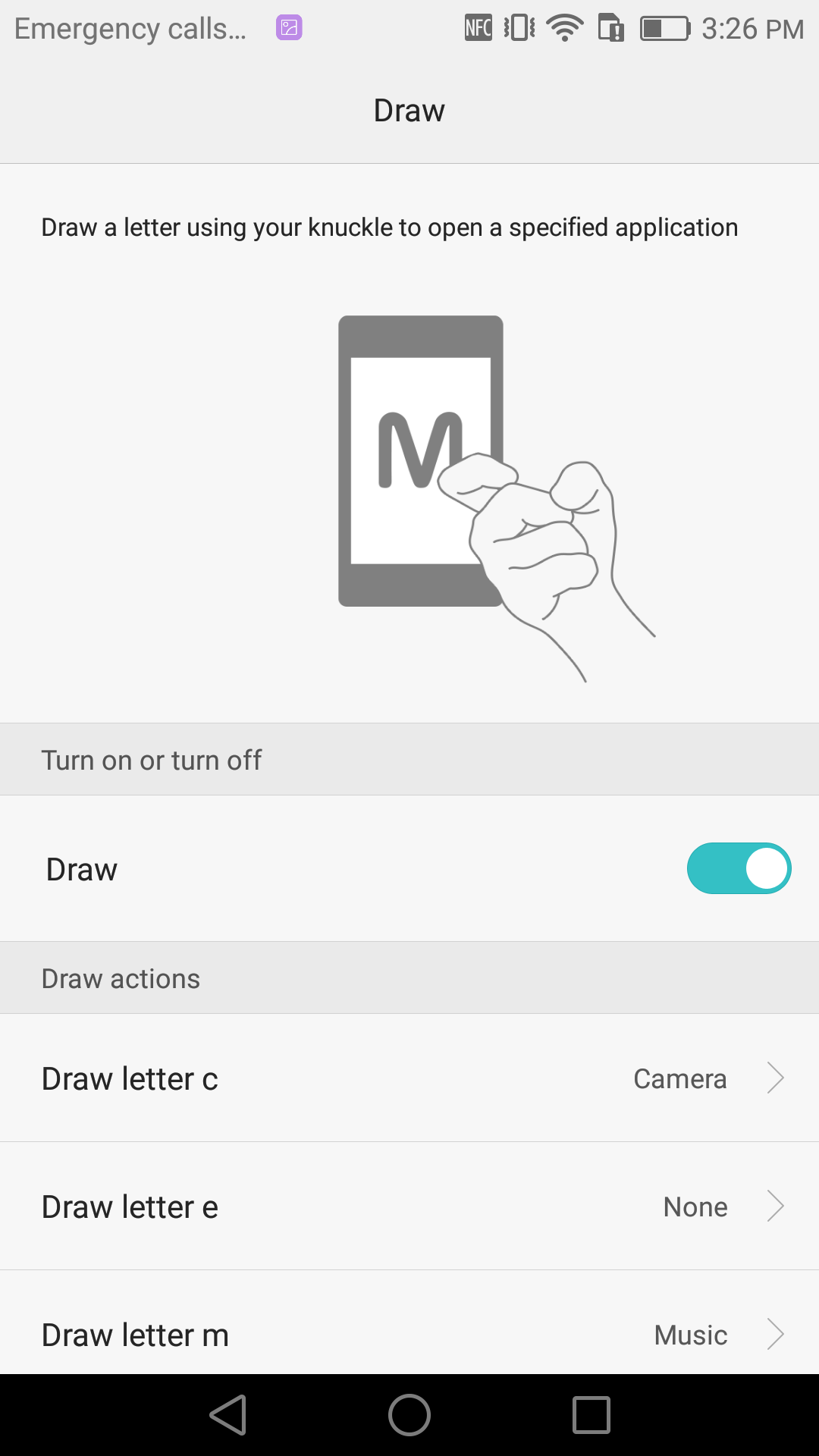 To better make use of the Mate 8's huge display, Huawei has also included a split-screen mode, something stock Android could certainly use. You can enter split-screen mode by long-pressing the square button on the navigation bar, or if you have Knuckle Sense turned on, by drawing a line across the screen with your knuckle. This lets you launch two apps side-by-side. Awesome in theory, but unfortunately, you'll frequently receive an error message saying "this app is not supported by dual windows", this includes most Google apps like YouTube, Chrome, and Gmail, so the actual functionality of split-screen mode is a bit limited. 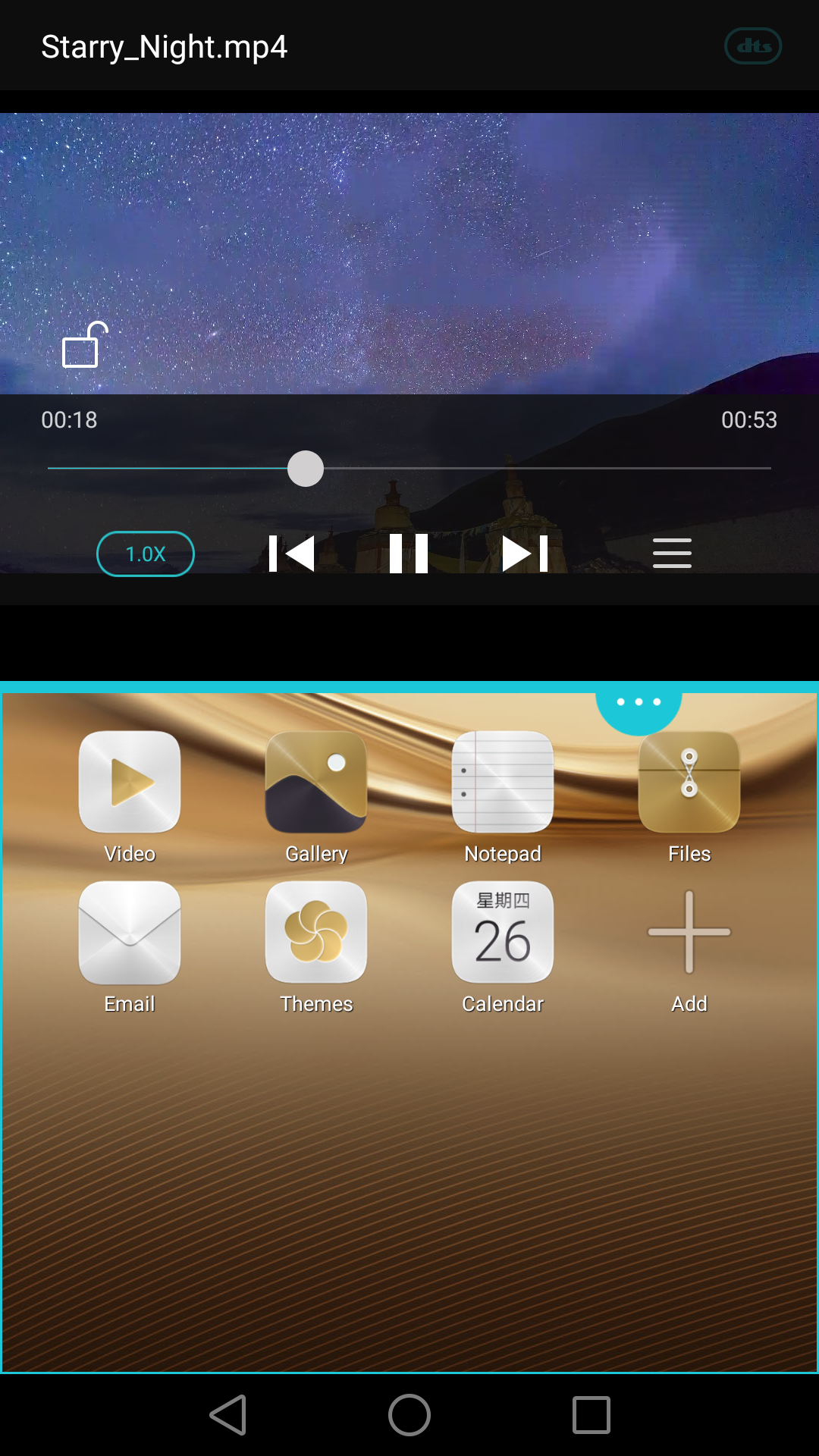 Write a Review
Compare This | Specifications
6-inch display in a 5.5-inch form factor
Elegant all-metal construction
Superb battery life
Good value for a flagship phablet
EMUI 4.0 may not be for everyone
Benchmark performance may not be able to compete with 2016 models
No support for 4K video recording
Sponsored Links