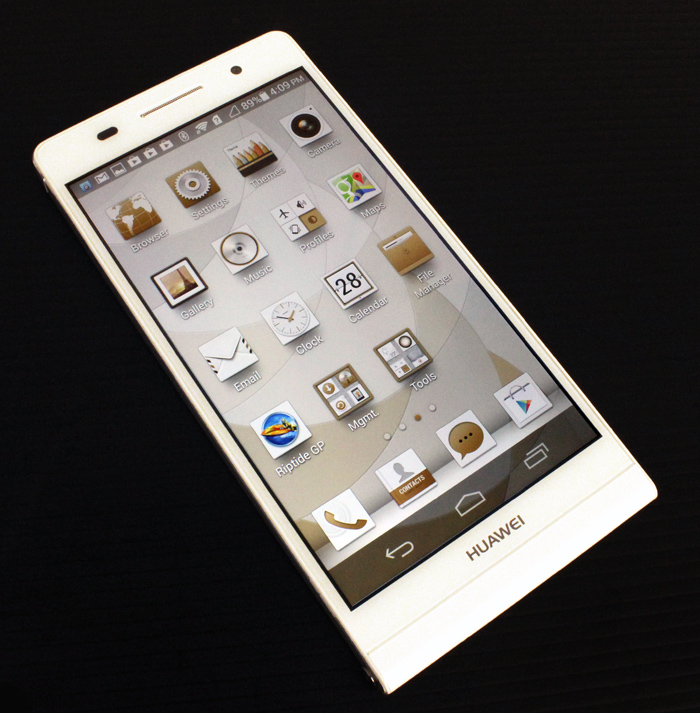 At Huawei's tenth annual Global Analyst Summit, we spoke to Huawei Device Group Chief Marketing Officer Shao Yang about Huawei's three-phase plan to conquer the smartphone market. Phase one of that plan - a commitment to developing and making the best hardware - has already started, and with Huawei's latest flagship smartphone, the ultra thin 4.7-inch Ascend P6, we're starting to see the fruits of that labor.

The Huawei Ascend P6 is the world's slimmest smartphone, measuring just 6.18mm thick. It is also, by far, the best looking phone to ever come out of Huawei, with - a first for the company - a full metal design, even if it is extremely derivative of Apple's iPhone 5. But under its sleek body, the P6 is not quite as impressive, with similar specs as Huawei's previously launched Ascend P2: K3V2 quad-core 1.5GHz processor, 2GB RAM (1GB more than the P2), 8GB internal storage (half of the P2's internal capacity), 8MP rear camera (as opposed to the 13MP sensor on P2) and a 4.7-inch 1280 x 720 pixel resolution display, making it slightly weaker than the flagship smartphones of other brands like the HTC One. Further to these, unlike the P2, the new P6 also lacks LTE connectivity and NFC capabilities, which could be a deal breaker for many. Huawei hasn't ruled out the possibility of 4G capable edition, but as expected, no firm comments were made of their forthcoming plans. 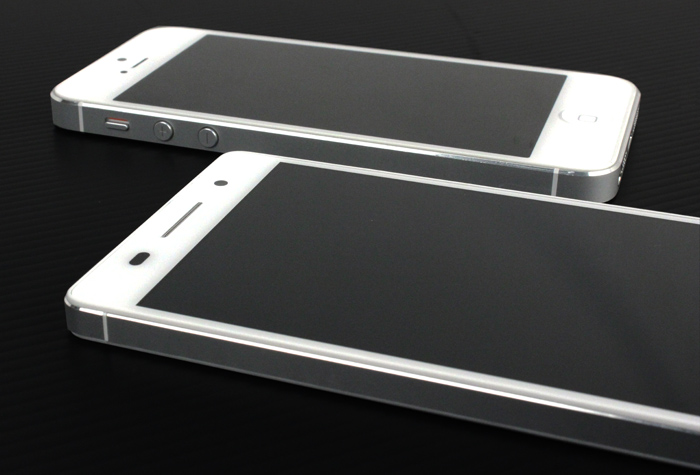 "When did you get an iPhone?" my colleague asks, as I hold a white Ascend P6 in hand. To be fair, it's easy to understand his confusion. Looking at the P6, from the chamfered edges, to the brushed aluminum band running around the edge of the device (including the little breaks in the band at the top and bottom), to the design of the front speaker, it's hard not to mistake the P6 for an iPhone 5 at first glance.

The only areas where the P6 differs (and lets Huawei narrowly avoid a lawsuit) is the bottom of the phone, which has a rounded edge, and the rear, which, on the black model sports a brushed metal finish, and on the white and pink models, a more modest matte finish. As a nice touch, the entire back of the phone is flush, without the camera lens bump often seen on some other smartphones. 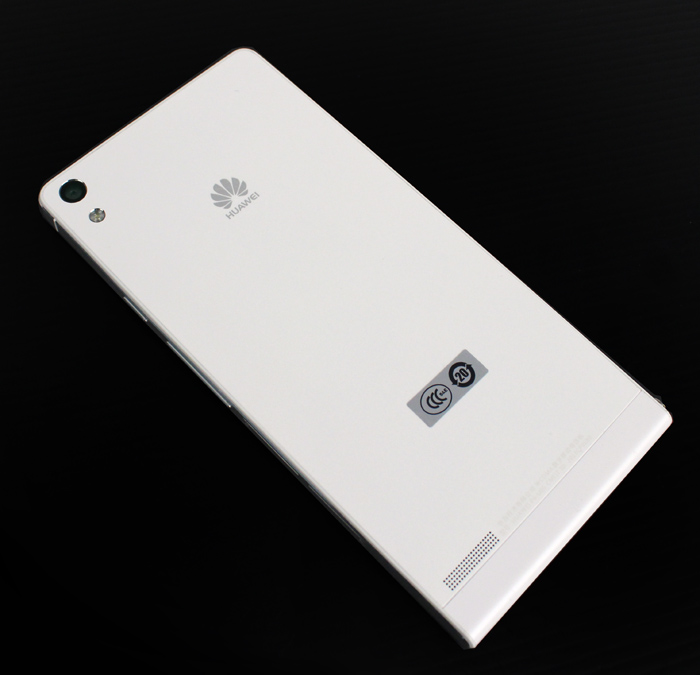 Still, regardless of its origins, there's no denying that the P6 looks good. It handles well too, thanks to its super slim build, relatively light weight and comfortable 4.7-inch size. But the more we used the P6, the more we were bothered by a few niggling design choices that we feel Huawei could have thought out better. For example, the P6's ugly micro-USB port sits right at the top of the device, and slightly off-center too for no particular reason, which will irritate at least a few OCD-afflicted users.

Meanwhile, nearly everything else on the phone gets crammed in on the right-side, from the power button, to the volume rocker, to the microSD and micro-SIM card trays, and ends up looking slightly cramped as a result. Now, maybe it's unfair for us to compare Huawei to Apple, but you just know that Apple would have thought of a more elegant solution.

The only thing not on the right edge can be found on the bottom left-hand side, where the P6 has a strange looking circular silver disc that sticks out slightly from the phone. It looks a little bit like the distinctive power button on Sony's Xperia Z smartphone but upon closer inspection, you'll find that you can use your fingernail to pull out this disc to reveal a small pin used to eject the SIM and memory card trays. "Genius!" you say. Except that the pin also covers up the headphone port, and there's nowhere else convenient to store it, so if you want to plug in your headphones, you'll need to pull out the pin and pocket it somewhere, which, if you're anything like us, means you're inevitably going to lose it at some point. Not so genius. We suppose you could just remove the pin entirely and leave it at home, but then you're left with an offensive gaping hole on the left-side of your P6.

Furthermore, the position of the headphone jack itself is far from ideal. If you want to listen to music and put the P6 in your pocket, you'll find that your headphone jack juts straight out of the side of the P6 (unless you have an L-shaped jack) which can be tricky to get into your pocket and is easily snagged when pulling your phone out. You can turn the phone upside down and leave the bottom part poking out of the top of your pocket but this is hardly ideal. 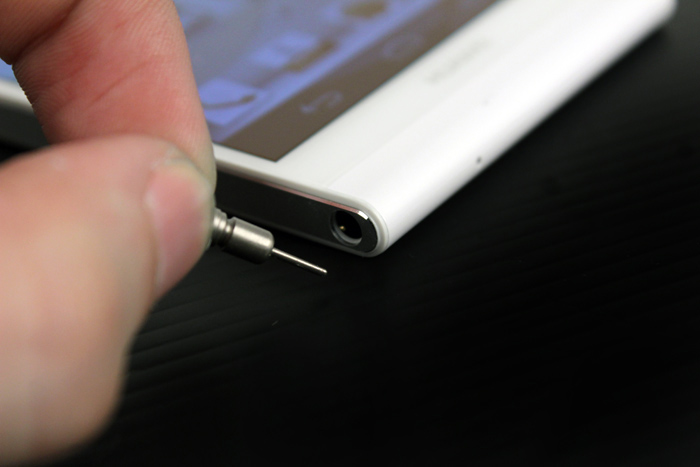 Nevertheless, uninspired origins and a few odd design choices aside, Huawei has actually done a fantastic job building the P6. It feels as well built as any Apple phone, and both the fit and finish look top notch. It's certainly proof that the Chinese company is serious when it says it wants to build the world's best smartphone.

The P6's 1280 x 720 pixel resolution display may not be quite as impressive as the Full HD displays found on some other flagship smartphones, but its 312 ppi pixel density is more than sufficient for its 4.7-inch display. While some pixelation is apparent on text if you get really close to the screen and squint at the words, it's good enough for general usage. Compared side by side with a Sony Xperia Z (443 ppi) the P6's display does look slightly worse, but against an Apple iPhone 5 (326 ppi) it's hard to spot the difference.

The display itself is bright and crisp with excellent viewing angles. Color balance was fairly neutral, and colors were vivid with plenty of contrast in the blacks, resulting in a pleasing experience when watching videos or browsing photos. The P6's display is also protected by Corning Gorilla Glass, which should let it stand up to a few accidental drops. 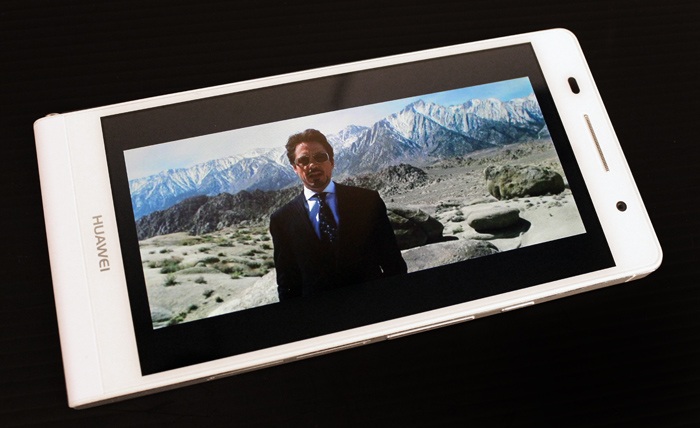 Audio on the P6 comes via a perforated speaker grille found on the back of the device. It's a strange location to have a speaker as the sound is directed away from you (often straight into your palm) and we wonder why Huawei didn't use the empty space at the bottom front or lower edge of the phone. Still, sound quality is actually quite passable for a smartphone, if a little lacking in volume (even with the phone flipped over so that the speaker faces towards you). 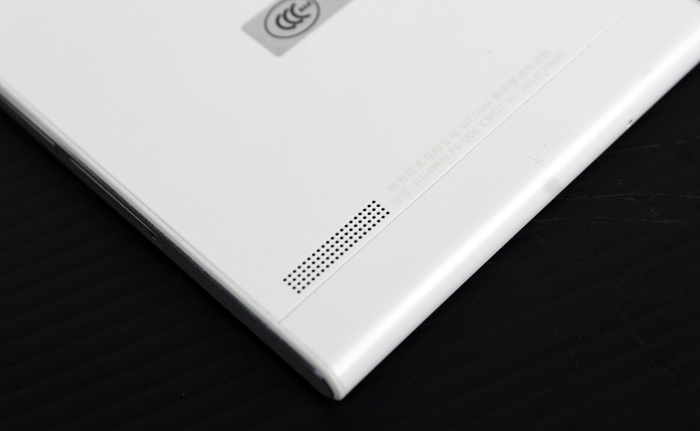 The P6 ships with Android Jelly Bean (4.2.2) with Huawei's Emotion UI version 1.6 pre-loaded. Like previous versions of Emotion, the big difference between it and stock Android is the removal of the app drawer, which means you only have the P6's nine home screens to store all of your apps. While we weren't too keen on this, it's actually somewhat fitting for the P6, as it makes everything feel very iOS-like (even the folders you can drag apps into have a square, iOS-ish vibe to them). 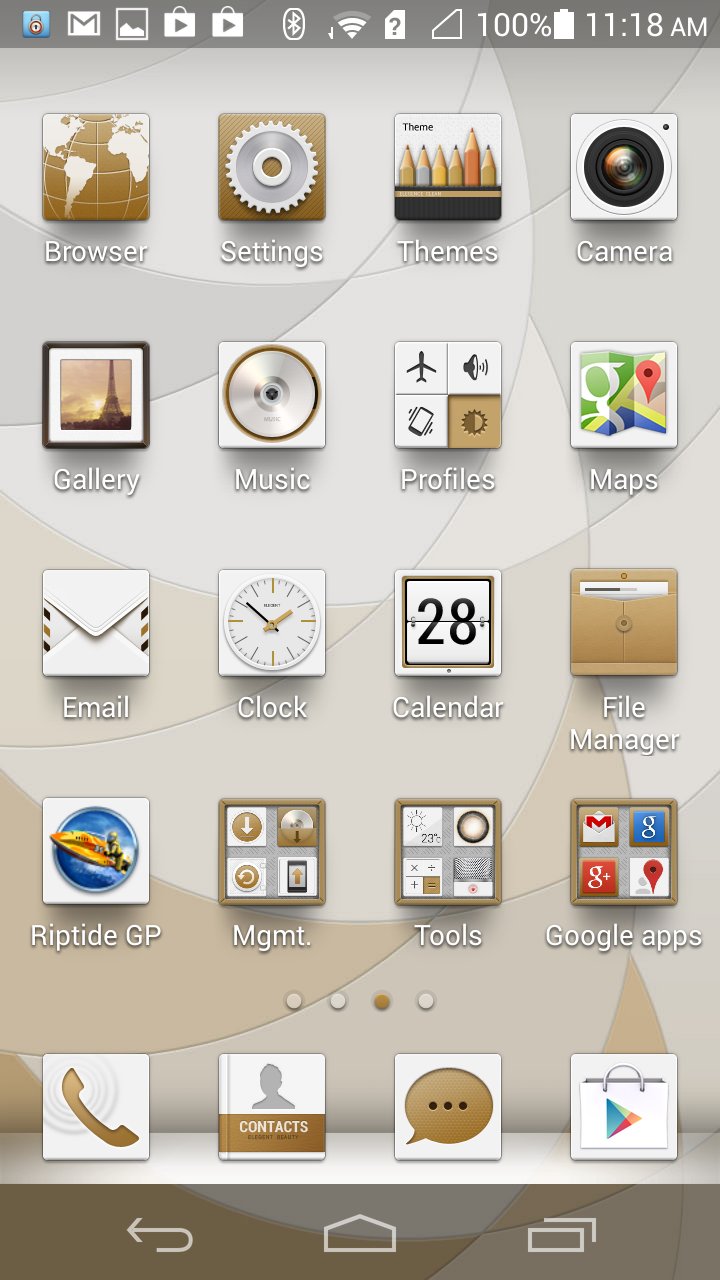 Other 'improvements' over stock Android include toggle buttons on the notifications bar and some pre-installed widgets such as Huawei's 'Me' widget that displays weather, time, calendar, and your favorite contacts and pictures all in one place. 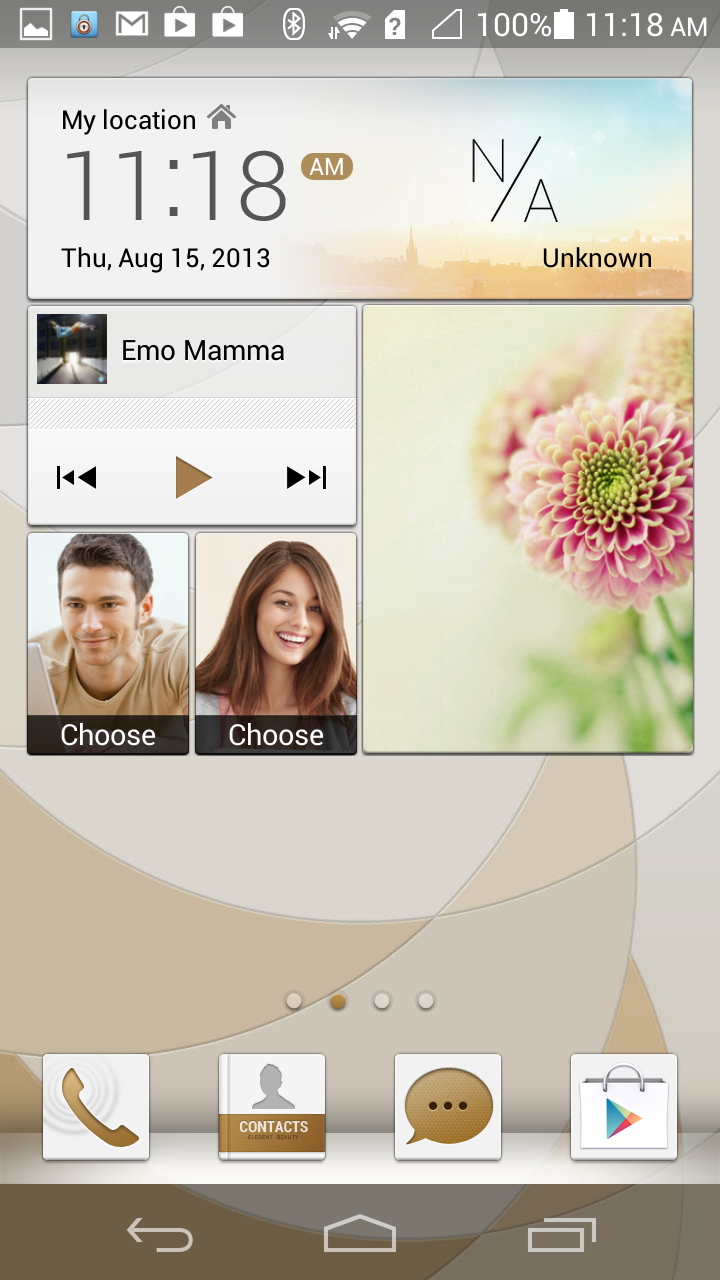 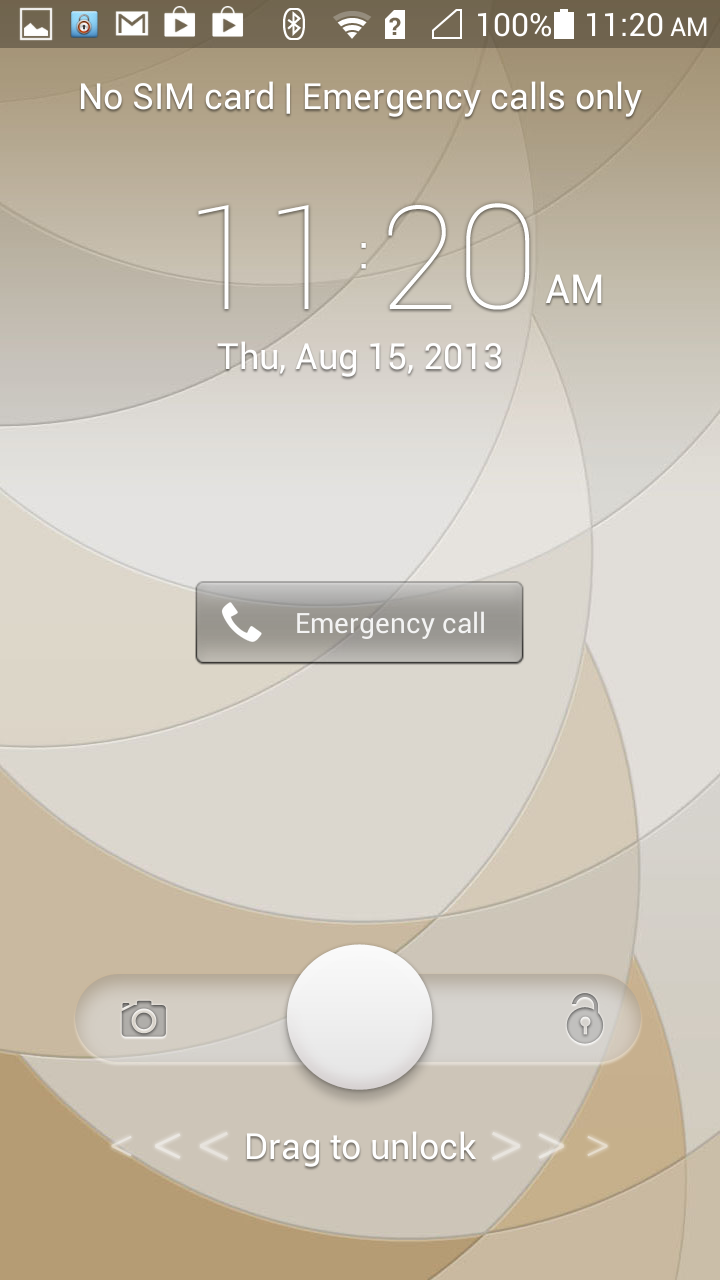 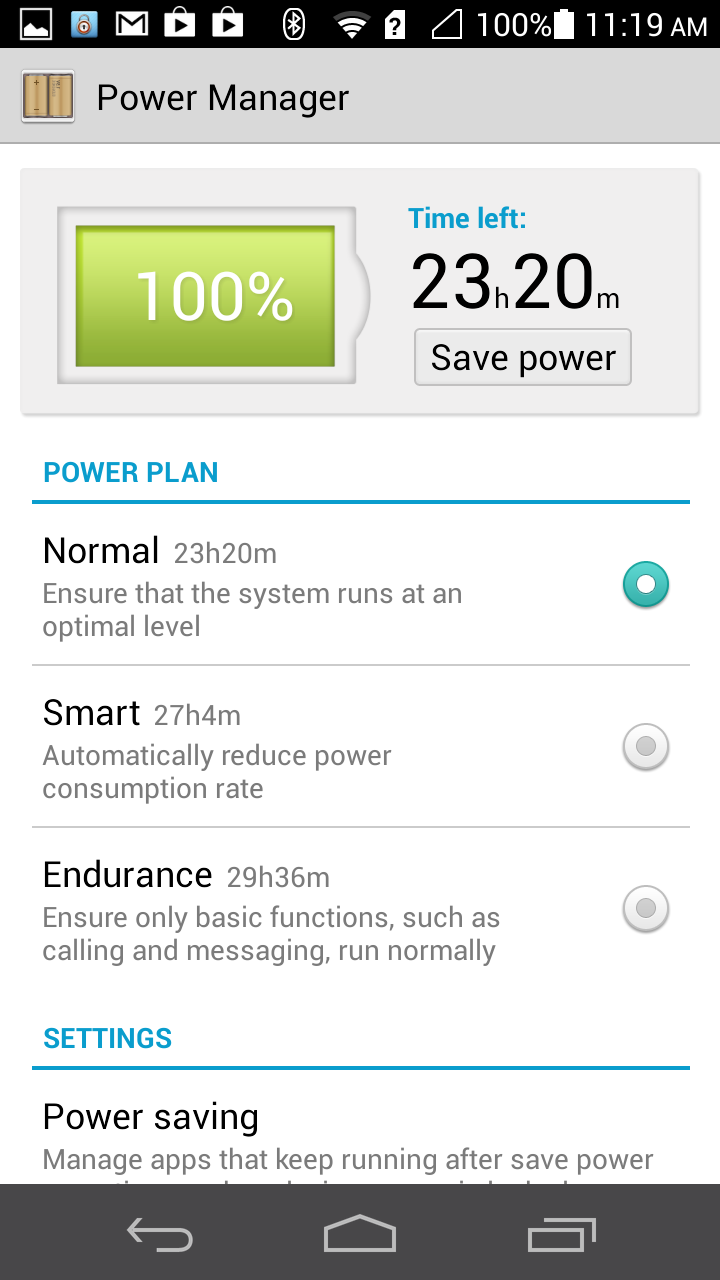 One thing to note with Emotion 1.6 is that it doesn't support Google's gesture keyboard by default. This is due to Huawei using its own keyboard instead, a modified version of the default keyboard but with a skin that matches the UI better and with the option to access all of the alt character symbols on the same page as the letters (it also has a T9 mode). However, if you prefer using the Google gesture keyboard, you can easily fix this by downloading it from the Play store.