The HTC U11 runs on Qualcomm's flagship octa-core Snapdragon 835 processor, paired with 6GB RAM. On paper this makes it the most powerful Qualcomm-powered smartphone currently available.

The Snapdragon 835 is Qualcomm's first 10nm processor, with the U11 using the default clock speed 4 x 2.45GHz "big" cores, and 4 x 1.9Ghz "little" cores setup. The U11 also sports the new Adreno 540 GPU that Qualcomm claims is 25 percent more powerful than its predecessor in 3D performance.

The U11 showed great improvements over the 821-powered U Ultra, and trailed only Samsung's Galaxy S8. In actual usage, the U11's browsing performance was snappy and responsive. 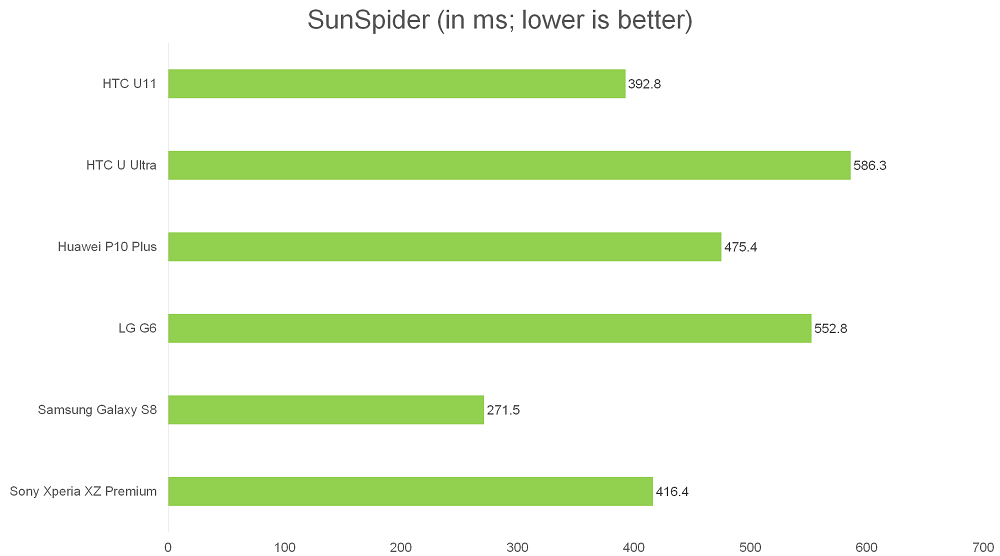 Quadrant is an Android benchmark that evaluates a device's CPU, memory, I/O and 3D graphics performances. Take this benchmark with a grain of salt, because both the U11 and XZ Premium massively underperformed here. We suspect one aspect of the Quadrant benchmark is incompatible with the Snapdragon 835 and causing these results.

This was the U11's best benchmark by far, as it absolutely destroyed the competition. Compared to the similarly 835-equipped Sony XZ Premium, the U11's extra 2GB RAM seems to have really helped in this graphics intensive benchmark.

The U11 sports a brand new rear camera. The 12-megapixel, f/1.7 shooter boasts a 1.4μm pixel size, optical image stabilization and HTC's UltraPixel 3 technology. It also has UltraSpeed AF and improved HDR. HTC's previous UltraPixel cameras have had a tendency to overexpose shots, but fortunately HTC seems to have fixed that for the U11, which consistently takes great photos with spot-on color reproduction, good contrast, and sharp focus across the image. Auto-focus is speedy and accurate, and the wide f/1.7 aperture gives it great low light performance. 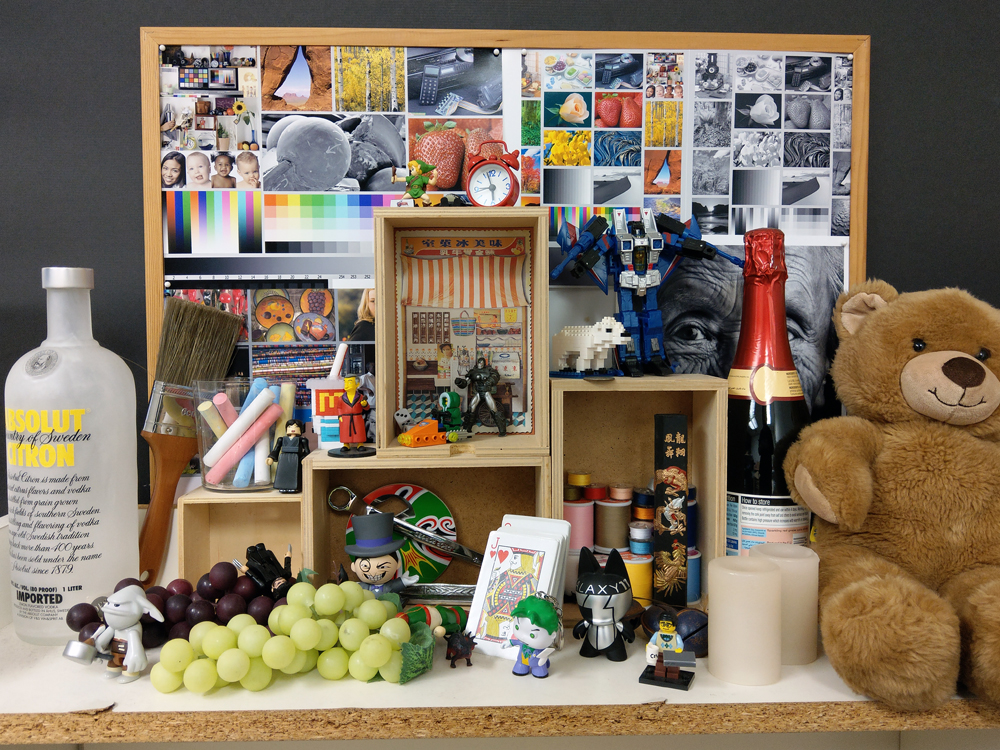 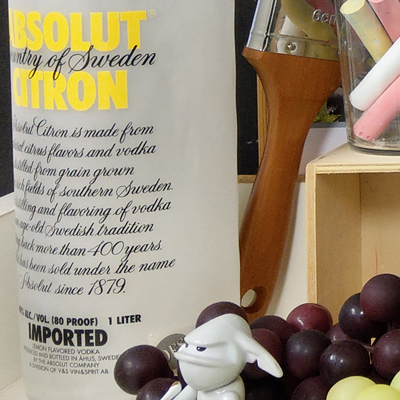 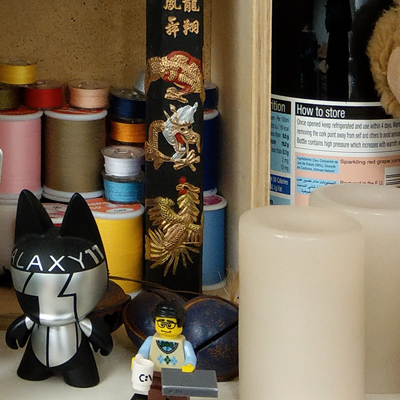 The front camera is a 16-megapixel, f/2.0 shooter with UltraPixel technology. Unfortunately, unlike the HTC 10 it does not have optical image stabilization.

Video recording on the U11 is also quite good. The U11 can record 4K video in 30FPS, or Full HD at up to 120FPS. The U11 is one of the first phones to benefit from Qualcomm's EIS (electronic image stabilization) 3.0 tech, which reduces camera shake when shooting footage. It uses a new algorithm that better understands how the phone is moving and corrects the image quickly. This feature was previously exclusive to the LG V20. To complement video footage, the U11 can also capture stereo 3D sound thanks to its four-microphone array. There's even an interesting trick called Acoustic Focus that lets you zoom in on a sound source, isolating it, and reducing background noise.

The U11 is powered by a 3,000mAh capacity non-removable battery, which is slightly on the small side for a 5.5-inch QHD display. Nevertheless, it performed fairly well in our video looping benchmark, lasting just four minutes short of nine hours. 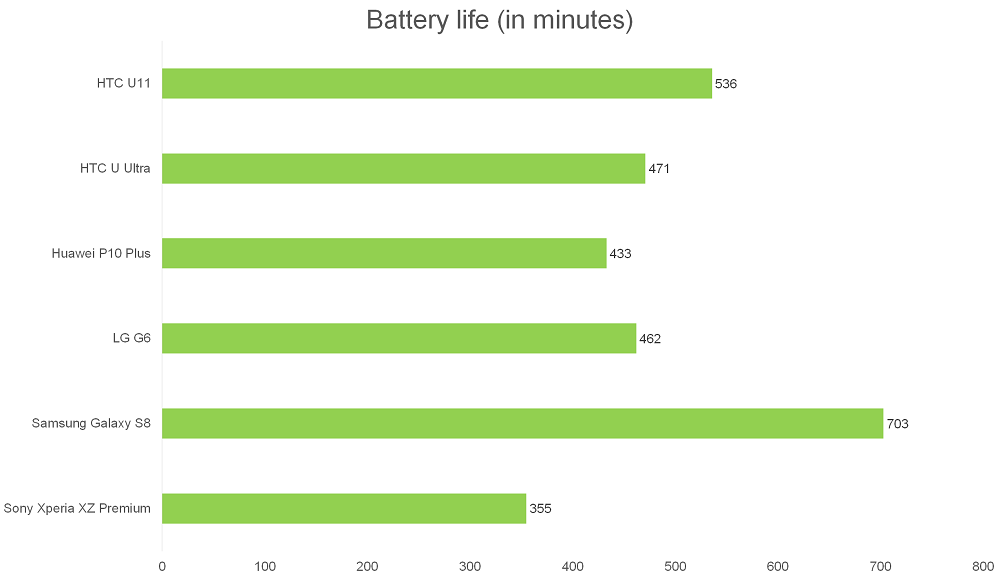 Strangely enough, while the U11 runs on Qualcomm's Snapdragon 835, it uses QuickCharge 3.0, not the newer QuickCharge 4.0. Nevertheless, QuickCharge 3.0 is still very effective, and will give the U11 about 60 percent charge in just 30 minutes. 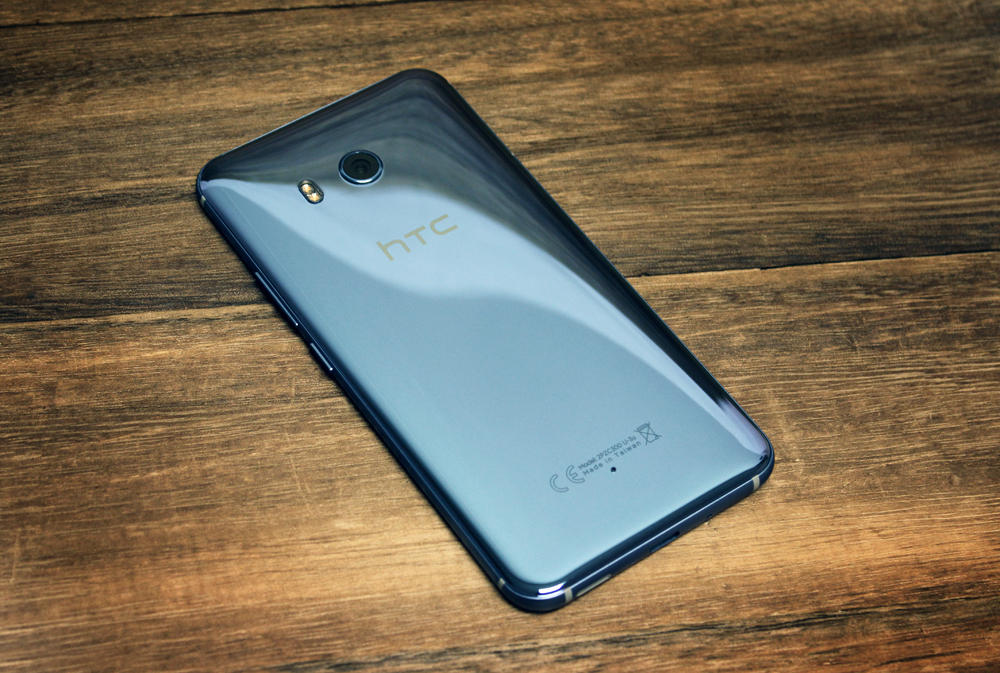 HTC may be pushing Edge Sense as the next big thing in smartphones but honestly it's probably the least interesting feature in the U11 - at least for now. Without app customization, Edge Sense is basically just an overbuilt app launcher that can only launch two apps. While you can use it to take pictures in the default camera app, I found it more convenient to just press the onscreen shutter button or volume button to take a picture. Once HTC launches full app customization, that may change, but for now Edge Sense isn't all that useful.

Having said that, you can completely ignore Edge Sense, because the rest of the U11 is actually really good. In fact, it makes me wish HTC had simply declined to participate in the gimmick wars and gone with a fully traditional smartphone. In a sea of minimalist monochrome designs, the flashy color-shifting U11 colors are a breath of fresh air, so if you're the type who likes to stand out a bit, this is definitely a phone you should be considering. Benchmark performance is also excellent, battery life is reasonably good, and the U11's display is top notch too - although I do wish it had Mobile HDR support. Audio, both from the BoomSound speakers, and the bundled USonic earphones are amongst the best out there (and if you want to use your own headphones, at least you now have the option to, thanks to the included 3.5mm adaptor). At S$998, the U11 is currently the most affordable Snapdragon 835 powered smartphone out there (at least until the OnePlus 5 launches), and its 6GB RAM also makes it more powerful than the other 835-powered model out there, the Sony XZ Premium, which costs S$100 more.

All things considered, while the U11 may not have the forward-facing features of some of its competition, it delivers a strong performance in all of the traditional areas you actually care about.