Note: This article was first published on 1st April 2017. 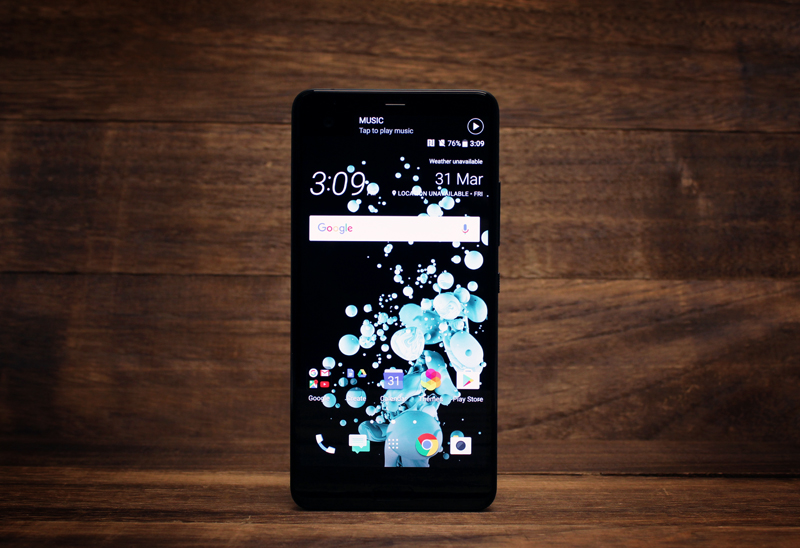 After years of playing it safe with its flagship phones (most recently the HTC 10), HTC's U Ultra is a bold step in a new direction with an interesting glass design, a larger 5.7-inch display, a secondary display for notifications and quick controls, and a machine-learning AI assistant that learns about your routine and helps you out. But at S$898, and sporting a six-month-old Qualcomm Snapdragon 821 processor, does it offer enough to bring HTC back to the realm of smartphone relevance? Let's find out.

The U Ultra is a big change from HTC's usual all-metal designs with a metal frame and an eye-catching glossy glass rear. Okay, the Brilliant Black model I'm reviewing does look quite a lot like a Jet Black iPhone 7 Plus, but the Sapphire Blue and Cosmetic Pink colors are absolutely gorgeous. 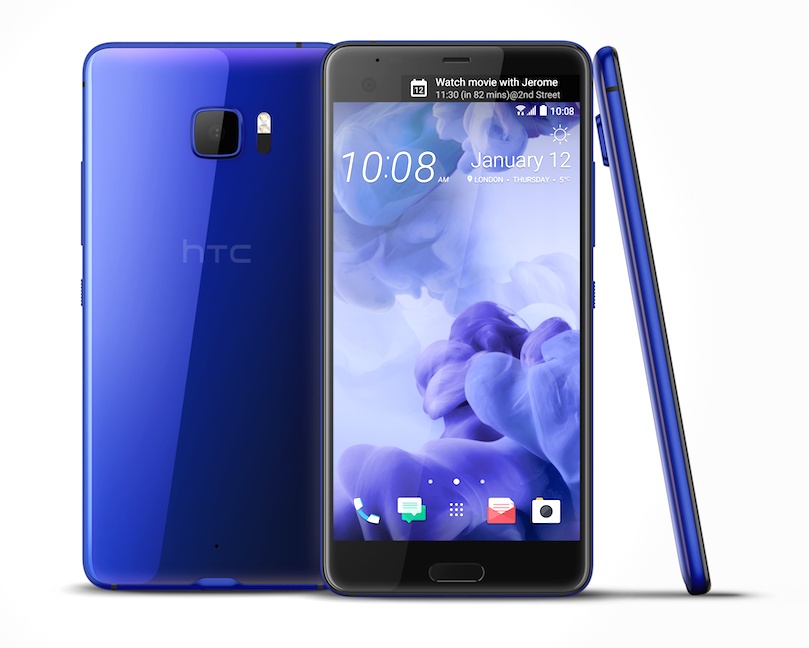 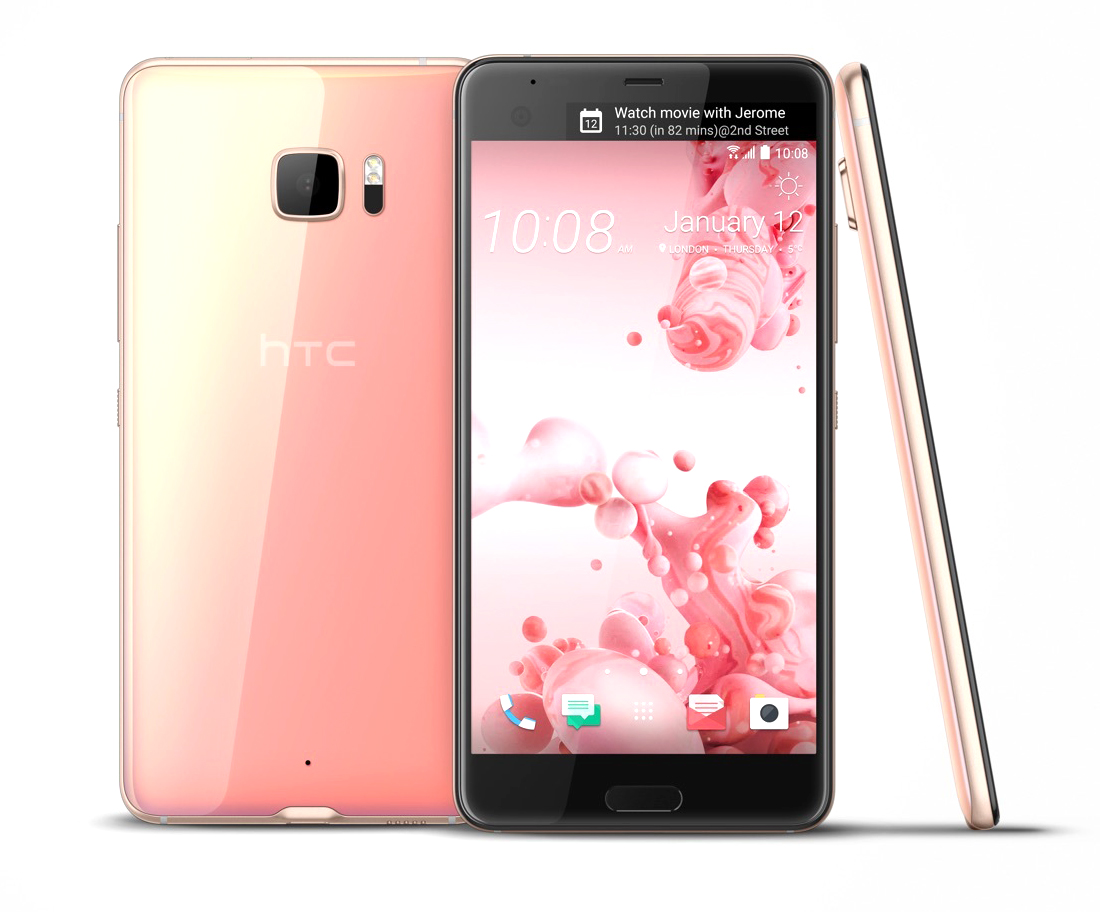 The contoured 3D glass on the rear curves symmetrically over the edges of the phone, a process HTC is calling "3-axis symmetry", which makes it  different from other 3D glass-backed phones that generally just curve downwards at the top and bottom. It's a subtle difference but a nice touch that makes the U Ultra stand out a bit from the sea of glass and metal phones out there. As a nice bonus, there are also no visible antenna lines on the rear. Of course, like other glass-backed phones, the finish is a big time fingerprint and smudge magnet, so be prepared to wipe it down fairly frequently. 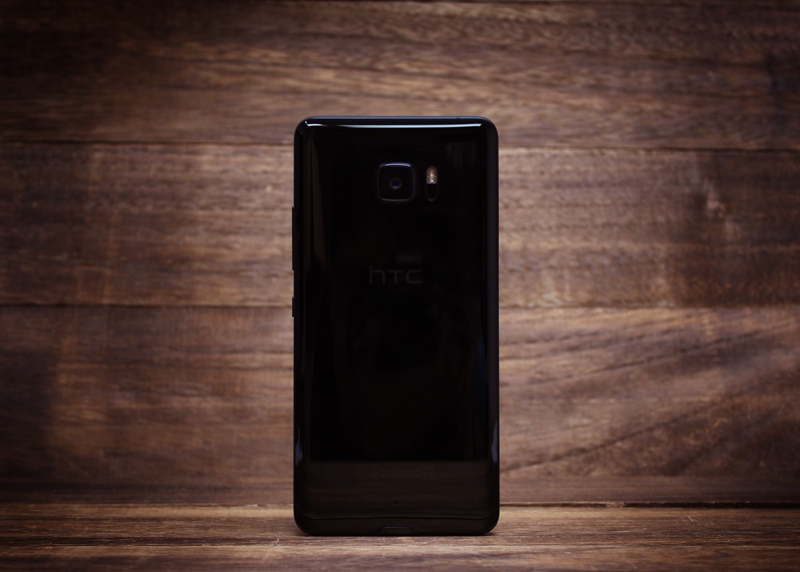 Additionally, after a few days with the U Ultra, I've noticed that the glass rear scratches quite easily. HTC actually includes a clear plastic cover with the phone in the box, but honestly, it looks terrible with the cover on. 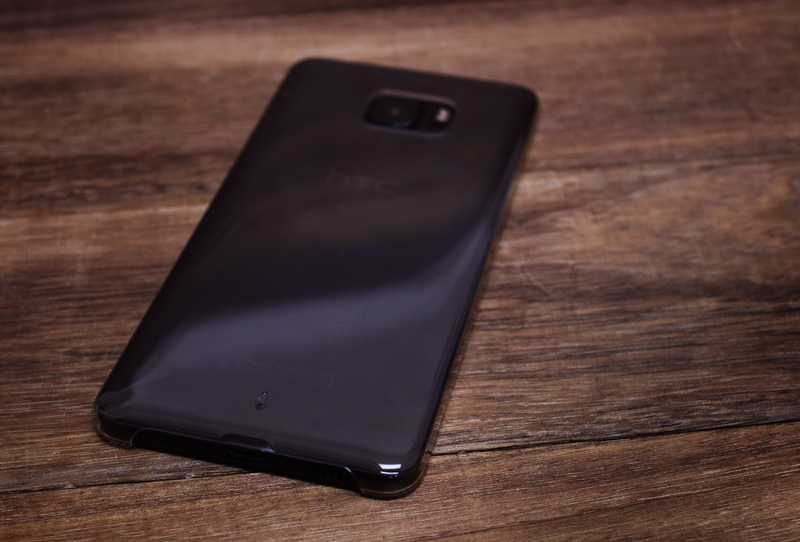 The volume rocker and power button are located on the right side of the phone. The SIM card tray is on top with the dual-SIM's second slot also doubling up as a microSD card slot that supports cards up to 256GB. 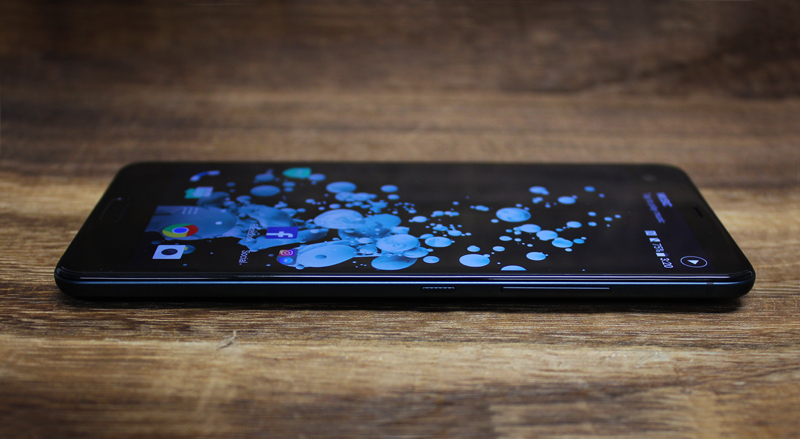 On the bottom you'll find a USB Type-C port and... that's it. Yes, like the iPhone 7, the U Ultra doesn't have a headphone port. 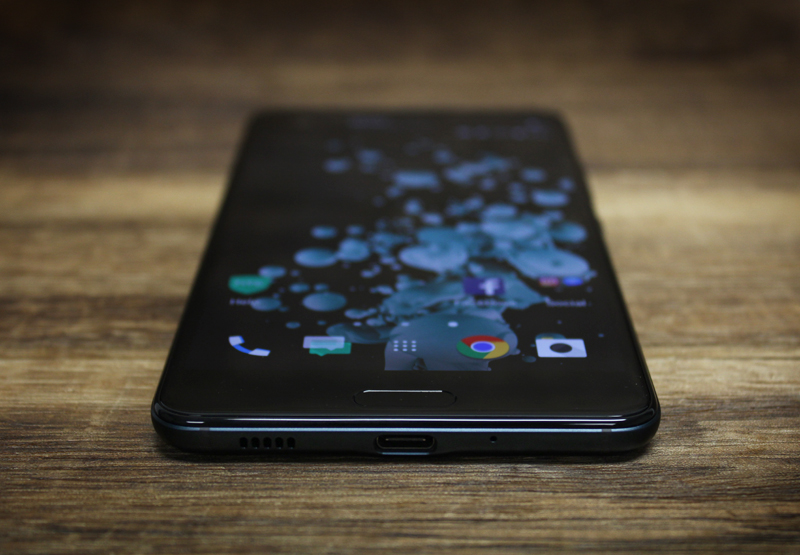 On the back of the phone is a huge square camera bump that looks really dated in 2017. It's about the same size as the camera bump on the Samsung Galaxy S6, and that phone came out in 2015. It's a pity because the ugly bump really spoils the otherwise clean look of the phone. 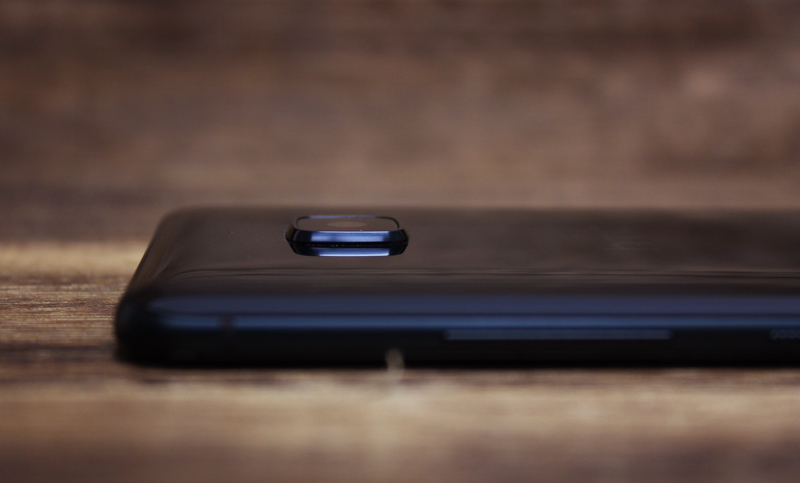 Below the display is a skinny fingerprint scanner/home button that is flanked by two backlit capacitive Android navigation keys. The fingerprint scanner works well, and is fast and responsive, but I don't understand why HTC made it so thin. There's a massive amount of unused space above the button, and putting it as low as possible just makes it harder to press, especially when I'm already juggling this behemoth of a phone trying not to drop it. The fact that the home button and navigation keys aren't centered also bothers me.

Another thing to note about the build is that it isn't dust or water resistant, which is a shame when most other flagship phones now sport IP68 ratings.