HTC appears to be aggressively building up the Sensation portfolio with the debut of three Sensation-branded devices within four months. The first member of the Sensation family, the HTC Sensation arrived on our shores in July, sporting a dual-core 1.2 GHz processor, HTC Sense 3.0 interface and a 4.3-inch display. Three months later, the partnership with Dr. Dre spawned the second member, HTC Sensation XE which saw some splashes of red on its chassis and a speed bump to 1.5GHz. What does the third member, the HTC Sensation XL has that sets it apart? 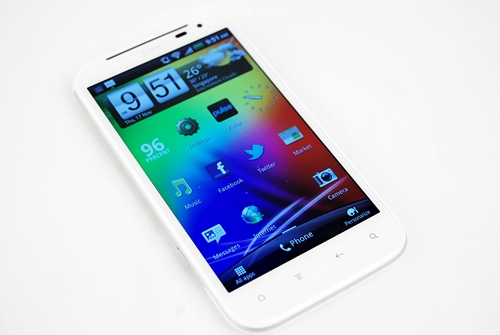 Is white in trend now or is HTC taking a potshot at Apple for having problems manufacturing white iPhones? Whatever the case, the Sensation XL is not the first white phone from the company (HTC Radar is also clad in white), the sheer size of the device amplifies the pristine white chassis which makes it visually pleasing. It is not too exaggerating to claim that the Sensation XL can give the white Apple iPhone 4S a run for its money. The only concern is its tendency to be dirtied easily by stains and unwanted smudges, which are even more obvious on a white chassis. 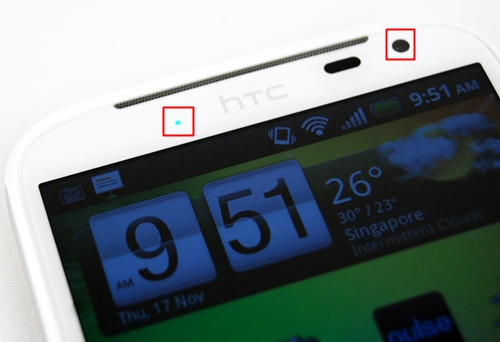 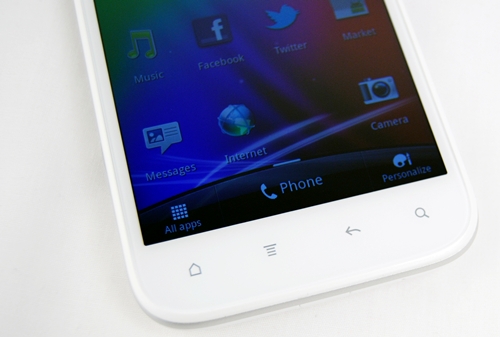 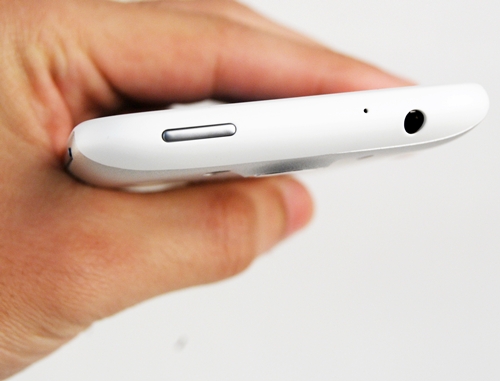 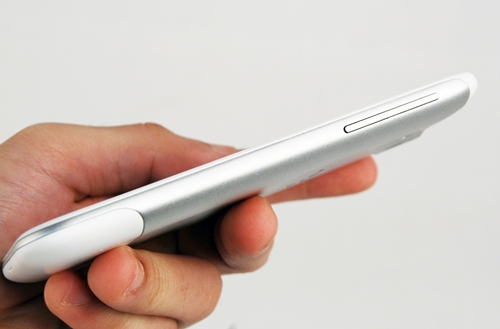 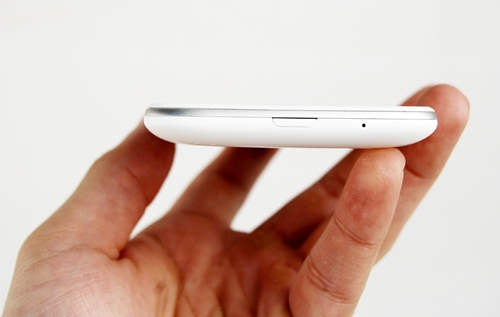 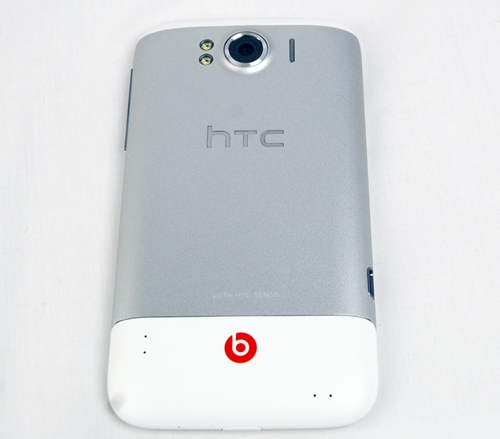 One of the most important factors when you are considering to get the HTC Sensation XL is no doubt the aspect of handling its large display. Having a 4.7-inch monster display is no kid's play. However, credit should be given to HTC for streamlining the Sensation XL to a mere 9.9mm thin, which most of us should have no problems fitting it into our pockets. As a matter of fact, we've even tried fitting a 5.3-inch Samsung Galaxy Note with success. Back to the HTC Sensation XL, its weight (162.5g) is also acceptable for a device of such dimensions. The problem arises only when you try navigating the screen with your fingers, especially with one hand only. Be sure to give it a try at your preferred retailer and not just gaze at the phone's huge screen.

First seen on the Rhyme, the HTC Sense 3.5 sees some incremental improvements over Sense 3.0. Among its new features are: 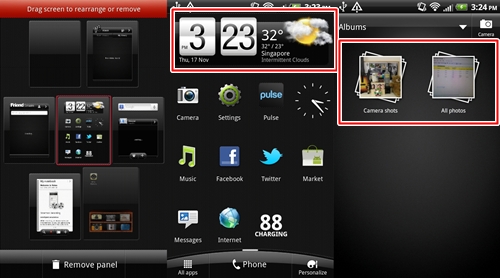 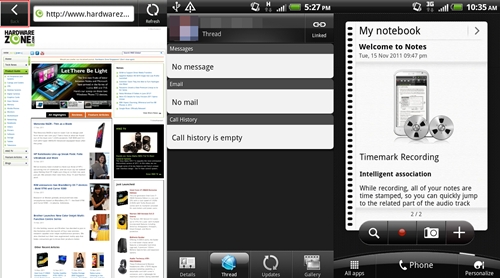 Similar to its Beat-Audio sibling, the HTC Sensation XL comes bundled with a custom-made HTC urBeats earphones by Dr. Dre. It also has a remote control for easy music controls and answering calls. 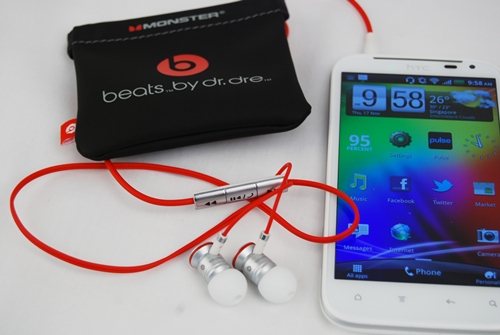