HTC One M9: Another gorgeous flagship, but only modest upgrades

The HTC One M9 is powered by a Qualcomm Snapdragon 810 64-bit octa-core processor with 3GB RAM. It's not the first smartphone with an 810 (that would be the LG G Flex 2) and we expect many more flagship smartphones in the coming months to boast similar setups. For this review, we'll see how the M9 does compared against Samsung's Galaxy S6, LG's G Flex 2, Apple's iPhone 6, and we'll also throw in last year's HTC One M8.

Before we start, let's address something that's become a concern for any Snapdragon 810-equipped smartphone. Yes, the One M9 got quite hot during our benchmarking process (and also while we were playing some games). The metal rear probably didn't help with that but it didn't seem to effect performance, which remained consistent throughout our testing.

SunSpider Javascript helps measure the browsing performance of a device when processing Javascript. It not only takes into consideration the underlying hardware performance, but also assesses how optimized a particular platform is at delivering a high-speed web browsing experience. The One M9 performed reasonably well here, although it was slower than both the Galaxy S6 and LG G Flex 2. Actual real world browsing experience was fairly snappy and lag free.

Quadrant is an Android benchmark that evaluates a device's CPU, memory, I/O and 3D graphics performance. The One M9 didn't perform as well as the similarly 810-equipped G Flex 2 here, although it was much better than last year's HTC One M8 (which we suspect may already have been benefiting from benchmark boosting). As expected, Samsung's Exynos 7420 processor remains way in front.

As all recent flagship smartphones have been maxing out the scores on the Standard and Extreme tests, we will only be looking at the scores for Ice Storm Unlimited.

The HTC One M9 was slightly disappointing on this benchmark, as we expected it to surpass the Galaxy S6's Mali-T760 GPU like the G Flex 2 did. Nevertheless, benchmark performance was still quite good and it surpassed last year's HTC One M8 (which again, may already have been benefiting from benchmarking boosting).

For the better part of two years, HTC has been championing a technology called UltraPixels, with the idea that instead of piling on the megapixels, you have a camera module with bigger pixels and larger photosites, which somehow leads to better quality pictures. Convinced? Probably not, and we're not even sure HTC still believes in UltraPixels, as they've been given the backseat in this year's HTC One M9, relegated to the 4-megapixel front-facing camera. Instead, on the back of the M9, you'll find a regular 20.7-megapixel f/2.2 shooter.

Moreover, last year's Duo camera is gone, which means those gimmicky effects like focus change and background sketch effects are gone. You still have a Bokeh mode as one of the camera options, but its more basic than last year's uFocus, and basically just blurs the background. It's a bit hit or miss; you can get some decent enough pictures, but it doesn't do a great job at determining the exact edges of the object/person you're shooting. 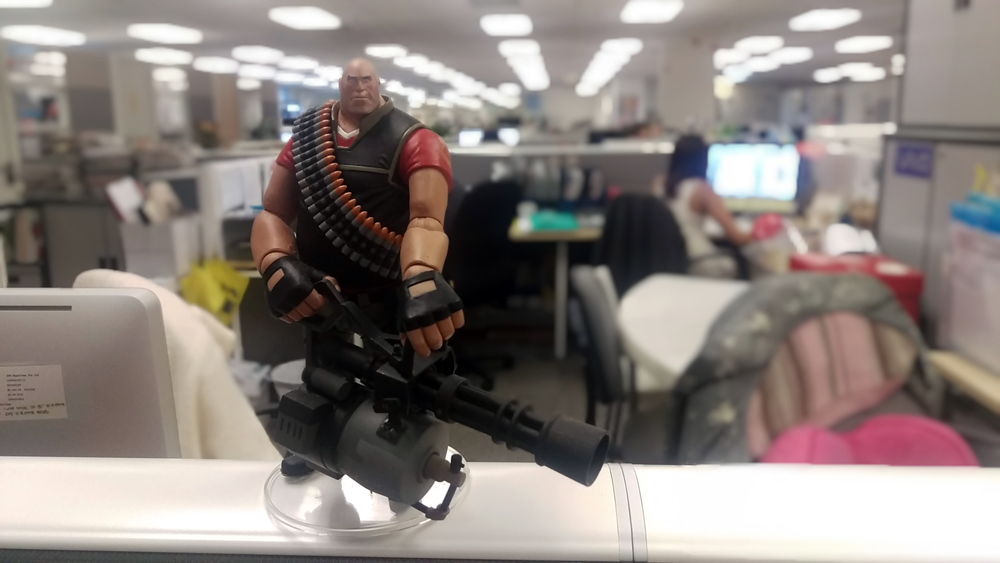 HTC's default camera mode is actually one of the better ones we've seen, and offers an easy to use interface for adjusting exposure, ISO and white balance. There's also a mode select that lets you pre-select a range of scene options, including a manual mode that lets you adjust shutter speed and focus. As with most smartphones, you can use the volume key as a shutter release, although you'll have to set it up to do so. If you prefer, you can also set volume up/down to control zoom in/out. The camera will do burst mode shots at up to 20 at a time, but it's ridiculously slow between shots. 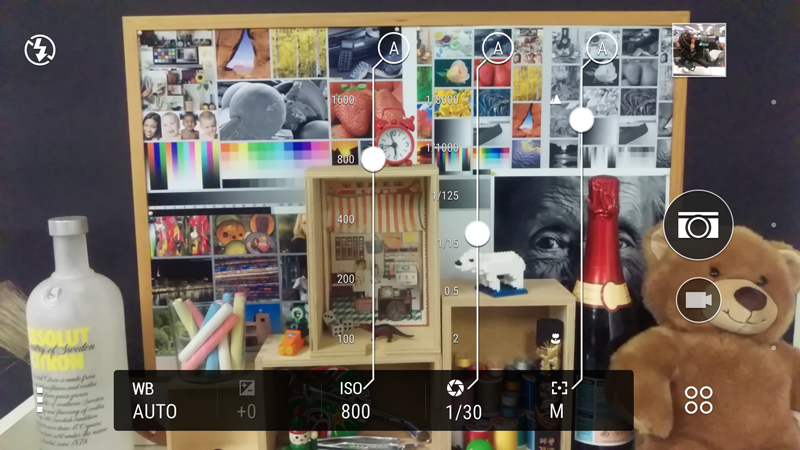 If you're keen on recording videos, the HTC One M9 can shoot in 4K, but it will only record for six minutes at a time.

Image quality on the M9 was fairly good and sharp throughout the image. However, we noted noise control was a tad aggressive, giving rise to splotchy areas as compared to another leading flagship smartphone like the Samsung Galaxy S6 that resolves this scene better.

Unfortunately, there's no optical image stabilization so it might take you a few attempts to get a non-blurry shot. We also noticed some slight barrel distortion at close-medium focal ranges (evident below). 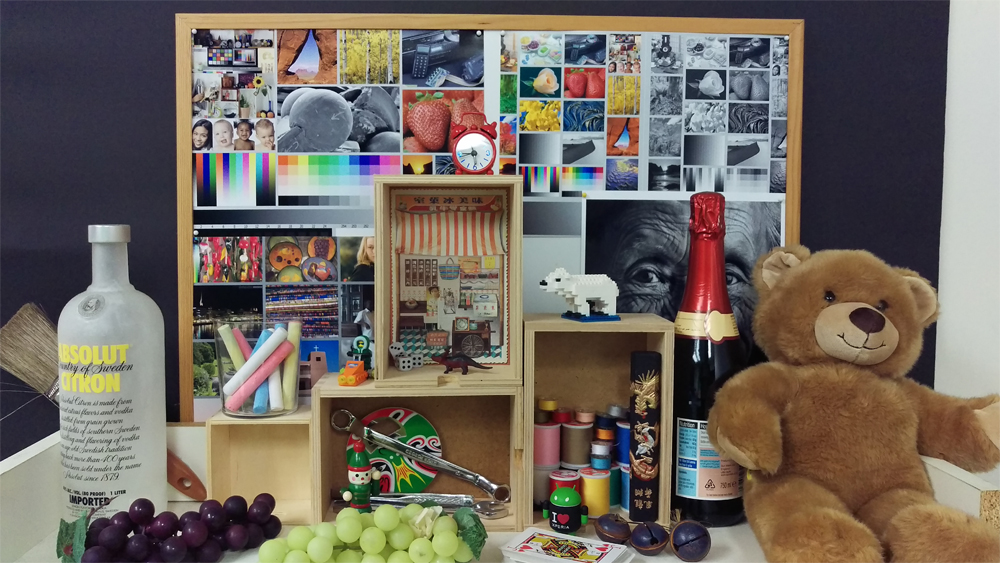 HTC has somehow managed to cram a larger capacity 2,840mAh battery into the One M9, up from 2,600mAh on the One M8. This makes it one of the largest around, which is pretty impressive considering its 5-inch display. As with previous versions of the HTC One, the battery is sealed and non-removable.

Disappointingly, despite the increase in battery capacity and the supposedly more efficient Snapdragon 810 processor, the M9 fared worse than last year's M8, lasting just short of eight hours. In fact, the only phone that performed worse here was the Samsung Galaxy S6, which has a QHD resolution display.

Like Samsung's Galaxy S6, the HTC One M9 is equipped with fast battery charging. HTC is using Qualcomm's QuickCharge 2.0 technology, which will get you to about 60 percent in just 30 minutes. Unfortunately (unlike the S6), the HTC One M9's fast charging requires a special charger, which isn't included in the box and won't even be sold in stores in Singapore. You'll have to pick one up online. Since we're  unable to personally test that aspect on the HTC One M9, do check out the effectiveness of Qualcom's QuickCharge 2.0 in our recent review of the Motorola Nexus 6 review where we've some details and notes of it in action.

We measure the portability of a device by calculating its battery life to (weight x volume) ratio. Despite its slightly reduced size and weight, the One M9 actually fared a point worse than last year's M8 due to its shorter battery life. 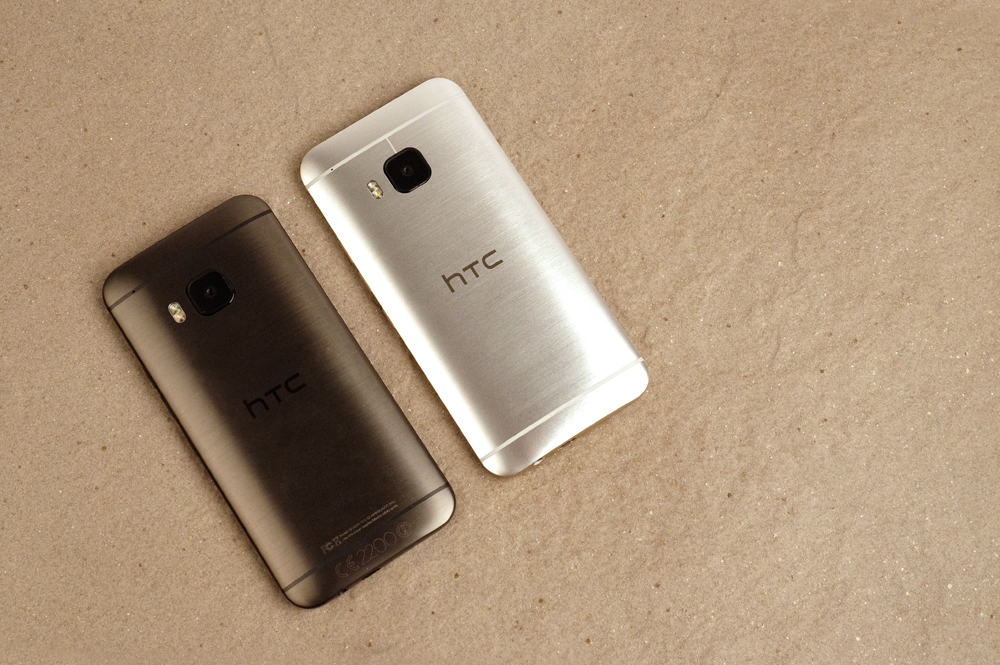 Make no mistake, the HTC One M9 is a good phone, boasting a combination of luxurious looks and premium materials with a comfortable and ergonomic shape, an excellent display and the best audio available on a smartphone. It's also one of the few flagship smartphones left these days with expandable storage. But for all its good points, there's just nothing particularly exciting about it.

Two years ago, HTC was breaking new ground and leading the way with the HTC One, but now it's HTC's competitors that are doing the innovating. Say what you will about Samsung and LG's curved displays, or LG's back button design, at least they're trying something new and exciting. The HTC One's feature set hasn't really grown in two years, and even the Duo camera, one of last year's big features, is gone this year. Things like a fingerprint scanner (currently only available on the phablet-sized HTC One Max) or even a heart-rate monitor would be welcome additions.

Additionally, areas which HTC have focused on, like the camera and battery life, arguably the two most important features of any smartphone, didn't really impress us, and the M9 isn't even a definite upgrade over last year's model in either of these categories. As a result, we wouldn't recommend current owners of the HTC One M8 to upgrade just yet.

Ultimately, despite the lack of innovation or any major upgrades, the One M9 is still a good phone, but it leaves a very big question hanging over HTC's head. Where does it go from here?