HTC One M9: Another gorgeous flagship, but only modest upgrades 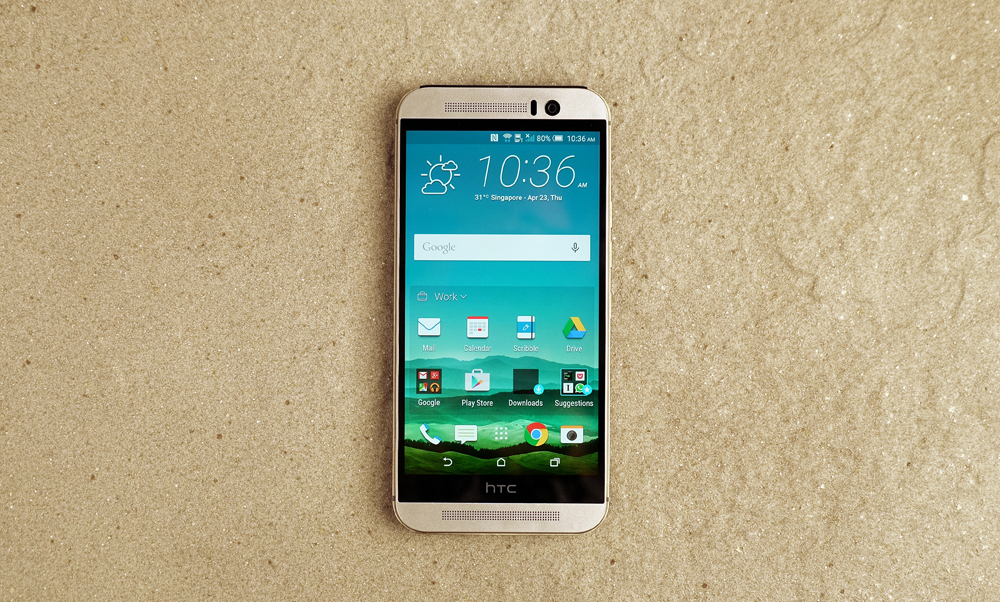 Two years ago, HTC blew us away with the original HTC One. At a time when every other Android manufacturer was busy making flimsy plastic handsets, the Taiwanese company released a full metal beauty that showed that Android phones could actually look and feel good too. Since then however, the competition has caught up. Sony's Xperia Z range has long since adopted a premium metal and glass look, and even Samsung has ditched its plastic ways with the exquisitely crafted Galaxy S6 and S6 Edge.

As for the latest HTC One M9? HTC seems to be following the rule, "If it ain't broke, don't fix it." The design closely resembles last year's HTC One M8, and it uses exactly the same screen too. What it does boast is a new camera, a new processor, and a larger battery, but is that enough to push the One M9 to the head of the flagship pack? With the HTC One M9 availability and pricing details just announced, it's time for us to weigh all of these factors and find out exactly where the new HTC flagship ranks.

HTC probably could have slapped an S onto the end of the HTC One M8 without raising too many eyebrows. The One M9 shares an almost identical design as its predecessor (and even its predecessor's predecessor), with just a few minor tweaks to differentiate it from last year's model. 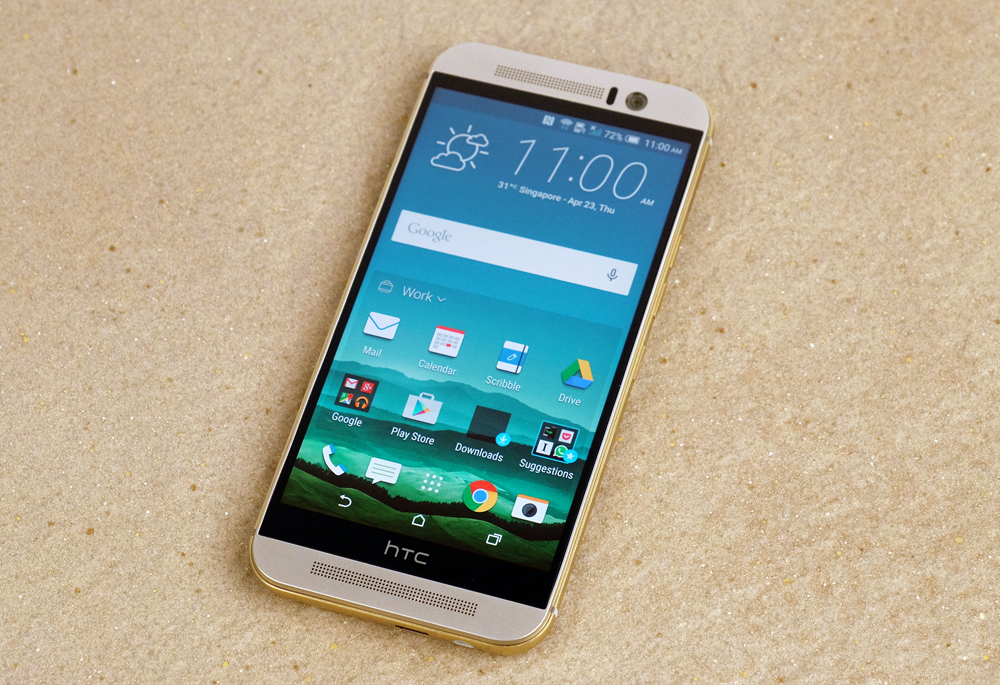 First, and most noticeably, is the new two-tone design. Where the back of the One M8 curved all the way around to the screen, the M9 stops about halfway between the back and the front in a pronounced ridge. It makes the phone look a bit like it's sitting in a case. The design is most evident on the new gold-silver finish, which is gold on the edge and brushed silver on the back, but even the more muted gun-metal gray version is subtlely different on the front and back. According to HTC, the new chassis requires 300 minutes to manufacture – twice the amount of time required to make the original HTC One M7’s chassis. 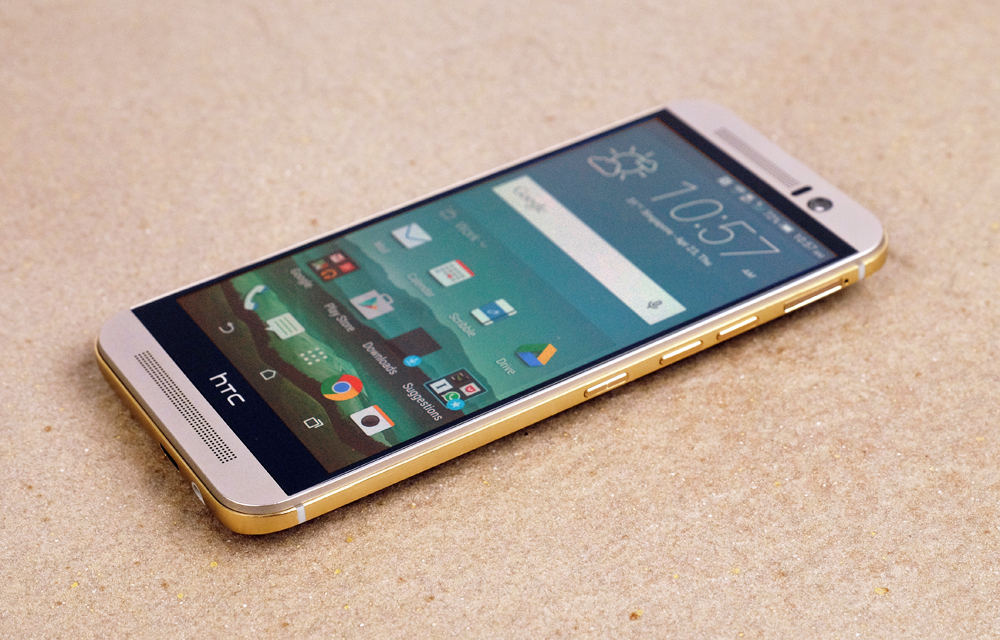 HTC has also finally relocated the power button from the top edge to the right-hand side, below the volume buttons. It's more ergonomically friendly now, easier to reach, and more in-line with what everyone else is doing. As a nice upgrade, all the buttons on the M9 are now metal, and the power button even has a light circular etching on it so you can easily see and feel the difference between it and the volume buttons.

The rest of the HTC One M9 is almost exactly the same as the One M8, with a gently curved all-metal body, and inset plastic antenna lines. It's 0.26mm thicker than its predecessor, and about 1mm shorter and narrower, as well as 3g lighter, but all of these things are pretty much unnoticeable. Don't get us wrong, it's still a beautiful design with top-notch craftsmanship and finish, and its rounded rear makes it one of the most comfortable smartphones to grip (along with the similarly-curved Motorola Moto X) but it's hard to be blown away by something when it's the third time you've seen it. 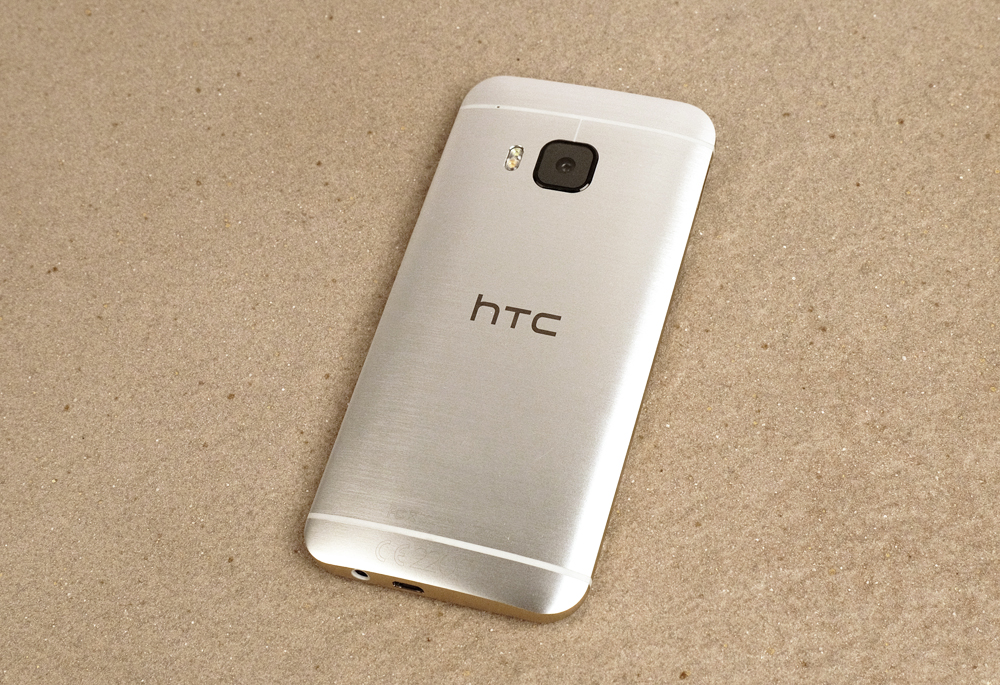 As with its predecessors, the micro-USB and headphone port are at the bottom, and almost the entire top edge is covered with translucent black plastic, which hides an IR blaster in case you want to use the M9 as a TV remote. The Nano-SIM card slot can be found on the left edge, while the MicroSD slot is on the right edge, above the volume buttons. 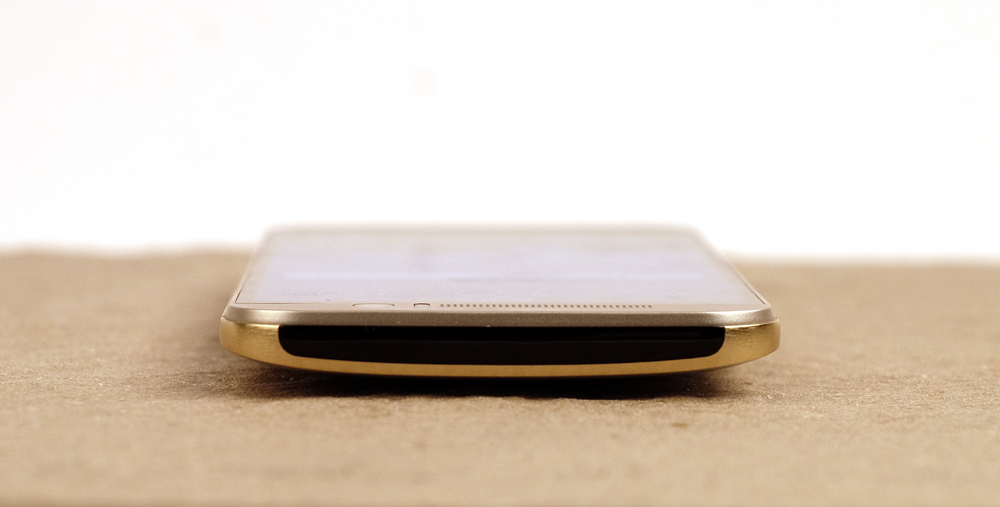 Updated on 27/04/15, 10am: HTC has informed us that Singapore will only be receiving the Gold-Silver and Gunmetal Grey colors. No word yet on whether the other colors will be available at a later date. 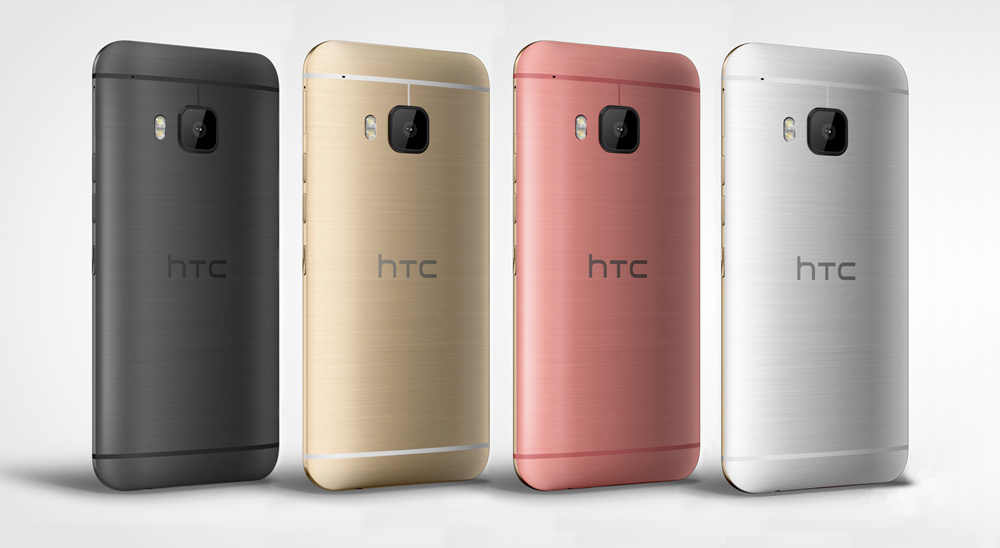 The HTC One M9 has a 5-inch display with a Full HD 1920 x 1080 resolution (441 ppi), which is the exact same size and pixel count as its predecessor. Unsurprisingly, there's no visible difference in clarity between the two displays. Text looks sharp and crisp and the LCD3 display provides decent contrast and color reproduction too. Compared to the QHD Super AMOLED display on Samsung's Galaxy S6, contrast on the One M9 isn't quite as good, and its maximum brightness setting is a bit dimmer, but surprisingly, we couldn't spot any difference in clarity between the two phones. 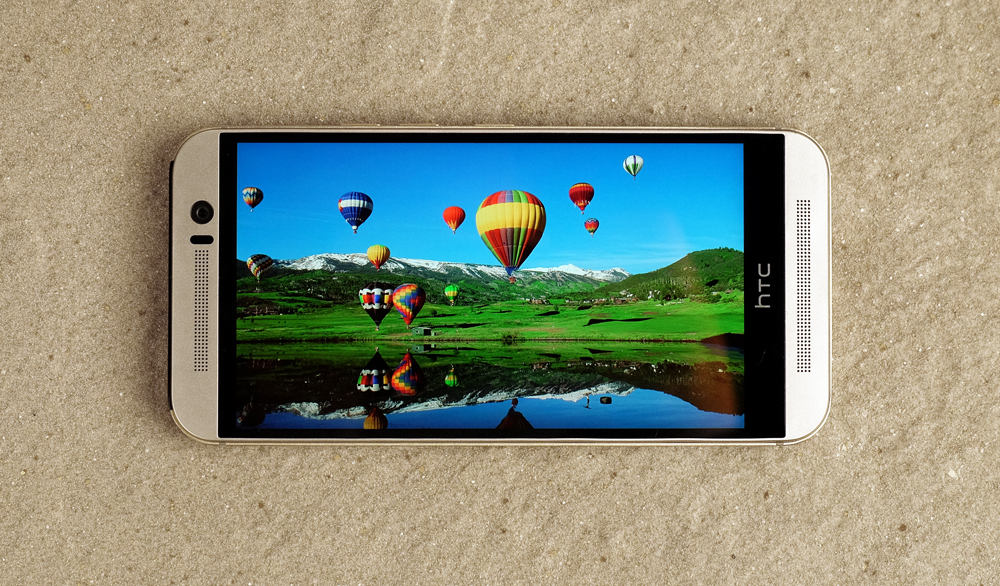 Audio has always been HTC's trump card, and once again the One M9's front-facing BoomSound stereo speakers delivered. This year's BoomSound speakers get Dolby audio surround sound (although One M8 users can also get this by upgrading to HTC Sense 7.0) and the result is rich, deep and loud audio. The small speakers have surprisingly good depth, and lots of mid-range detail, although as you might expect, the low-end is a little lacking (although it's still better than every other smartphone speaker out there). 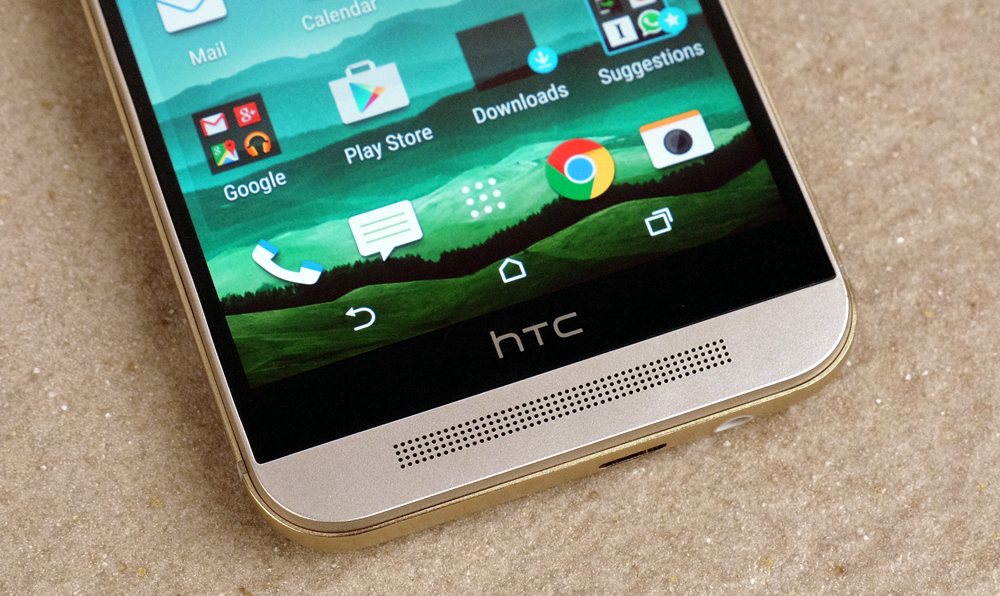 The One M9 runs on Android 5.0 Lollipop with HTC's Sense 7.0 UI on top of it. If you're familiar with Sense UI from previous versions of the HTC One, you'll feel right at home with the HTC One M9 as there's not too much difference here. The homescreen sports a large clock widget and if you scroll to the left, you'll find HTC's BlinkFeed screen, which once again displays social media updates, news and app content.

One new feature is Sense Home, which displays eight apps (or app folders) on your homescreen depending on your location. For example, if you're at home, it might display Clash of Clans, Spotify and YouTube. Whereas, when you're at work, it will show your Calendar and Email. A third location is simply called "Out" and will display travel apps such as Google Maps. Sense Home learns your habits and re-arranges the apps appropriately, although you can also pin apps if you want them to be accessed all the time. It's quite similar to Nokia's Z Launcher app, which we saw on the N1 tablet. 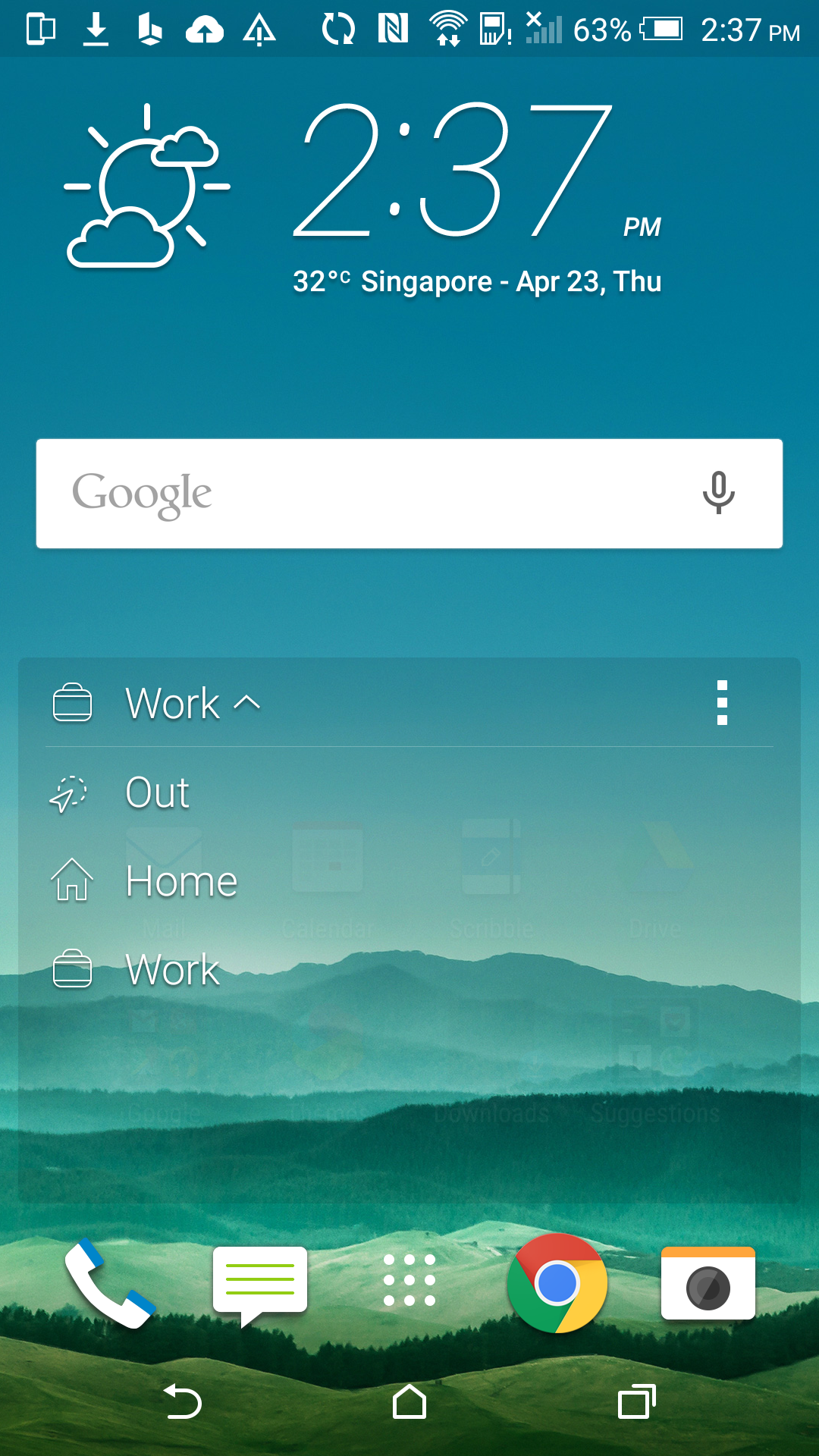 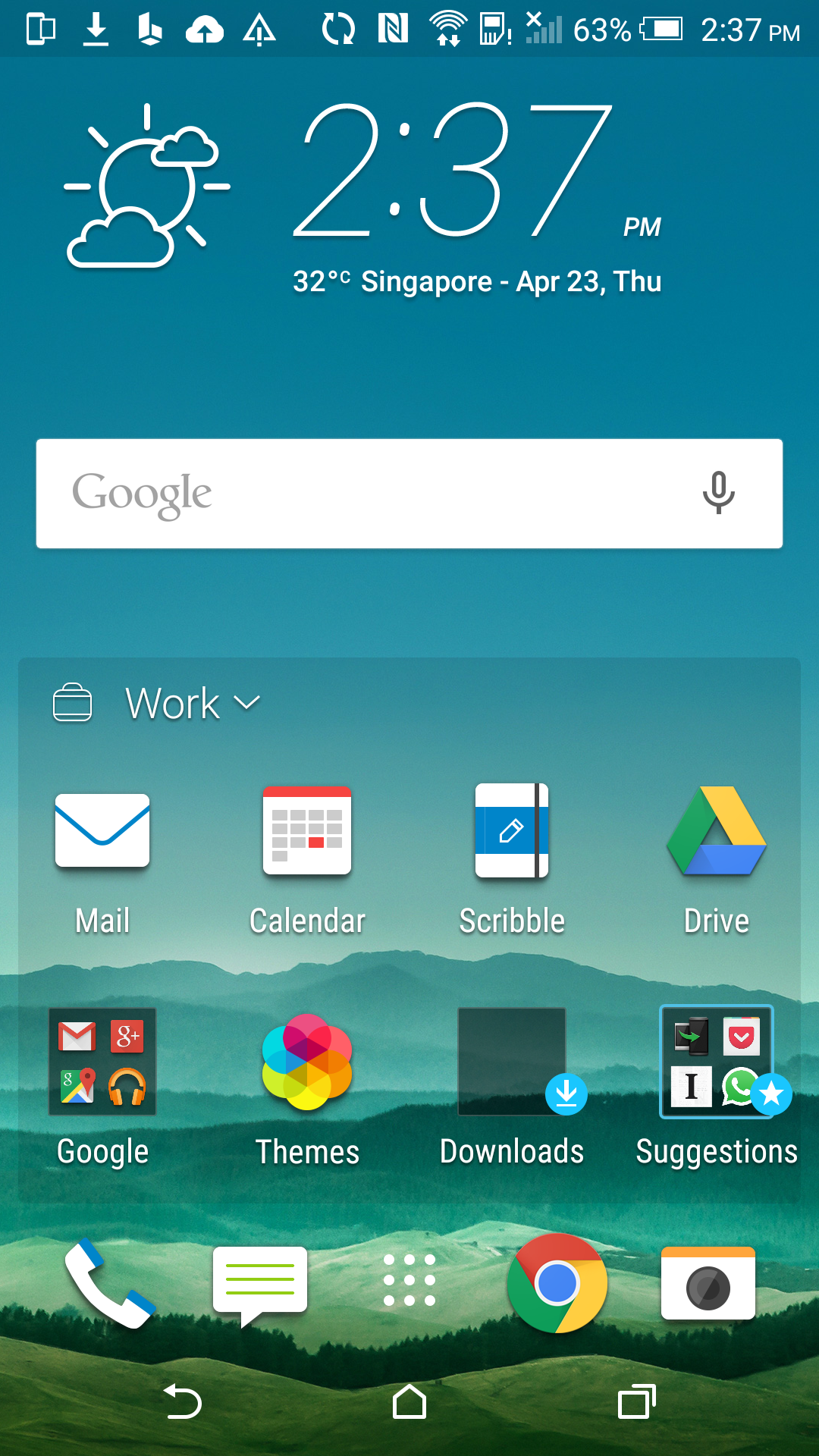 The other big new addition to Sense 7 is Themes, something we've seen a lot of Android manufacturer's adopting. HTC's version includes the usual pre-loaded themes, as well as a store where you can download more. Where it gets interesting is the Create Theme option, which lets you construct a theme based on any picture you choose. The theme builder will analyze the picture and pick appropriate colors, icons and fonts to create a look that spans the whole phone. It's not perfect and you might have to manually adjust a few things yourself, but it's an interesting addition. 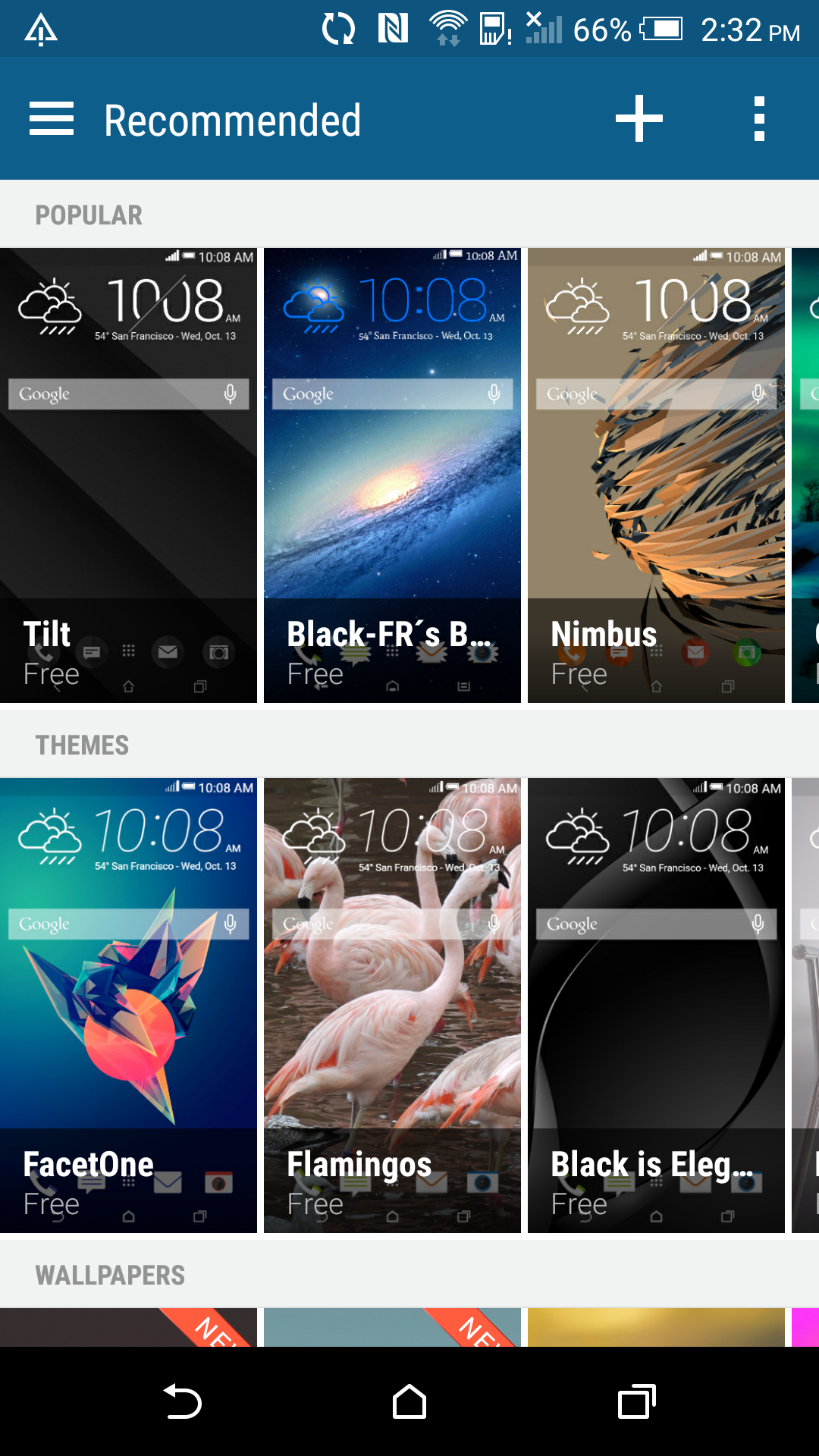 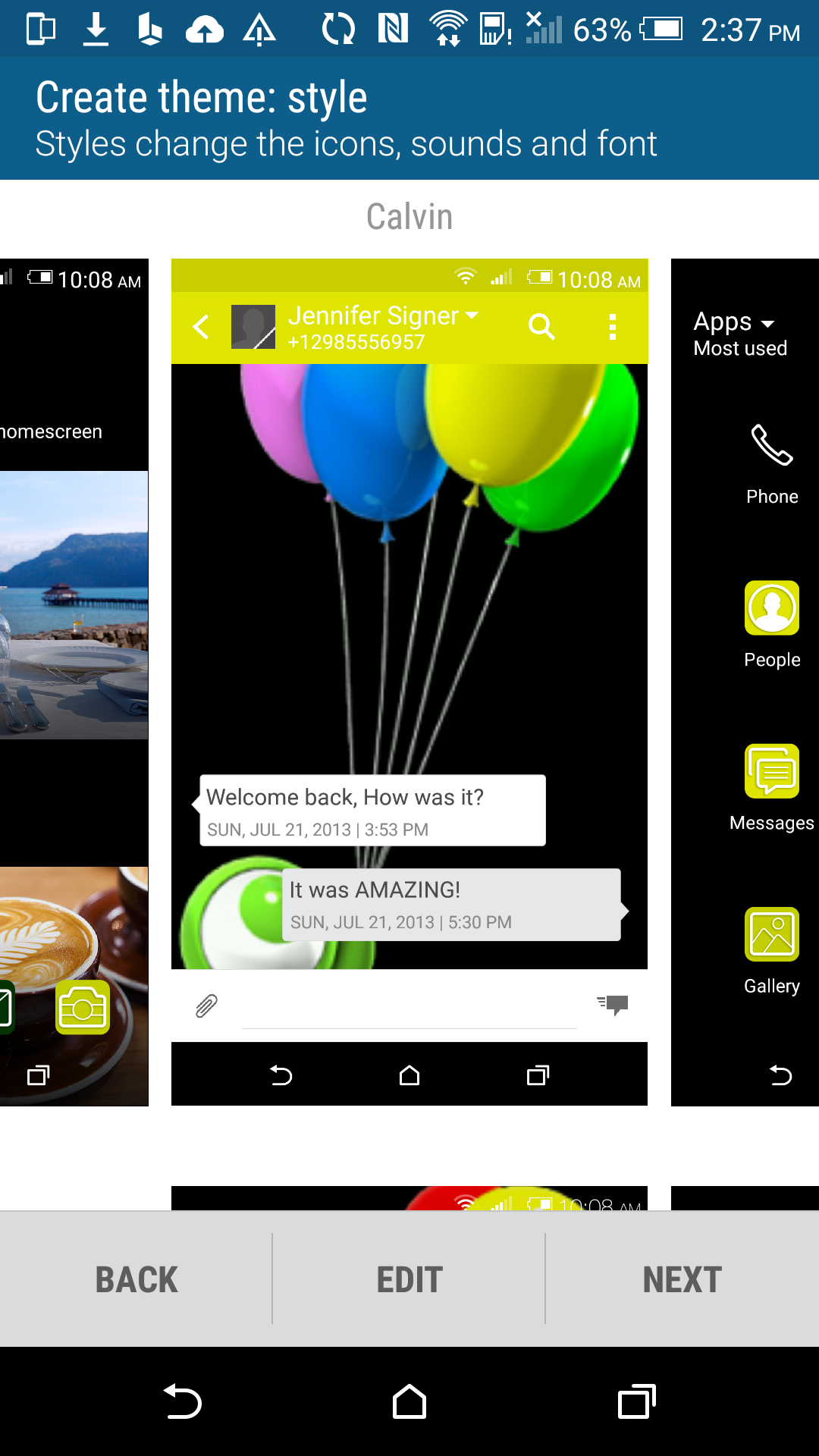