These laptops all feature the same Intel Core i7-8750H processor and NVIDIA GeForce GTX 1070 Max-Q GPU, so there’s little variance in terms of absolute performance. Instead, things like design, portability, and battery life will arguably matter more when drawing comparisons between them.

The HP Omen 15 turned out quite a strong performance in PCMark 10, coming ahead in terms of overall scores. It was around 5 per cent faster than the MSI GS65 Stealth Thin, the next best performer. A look at the results breakdown shows the Omen 15 doing especially well in the Essentials benchmark, which comprises workloads such as web browsing, video conferencing, and app start-up. 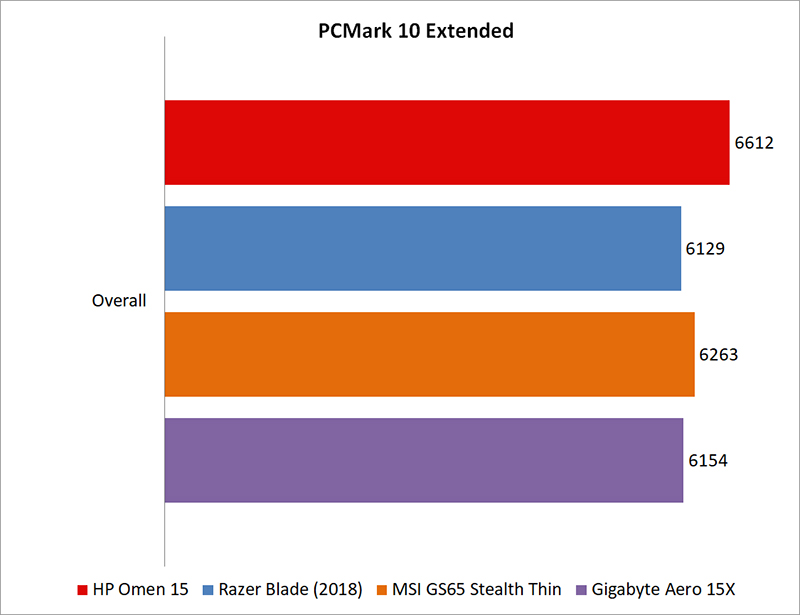 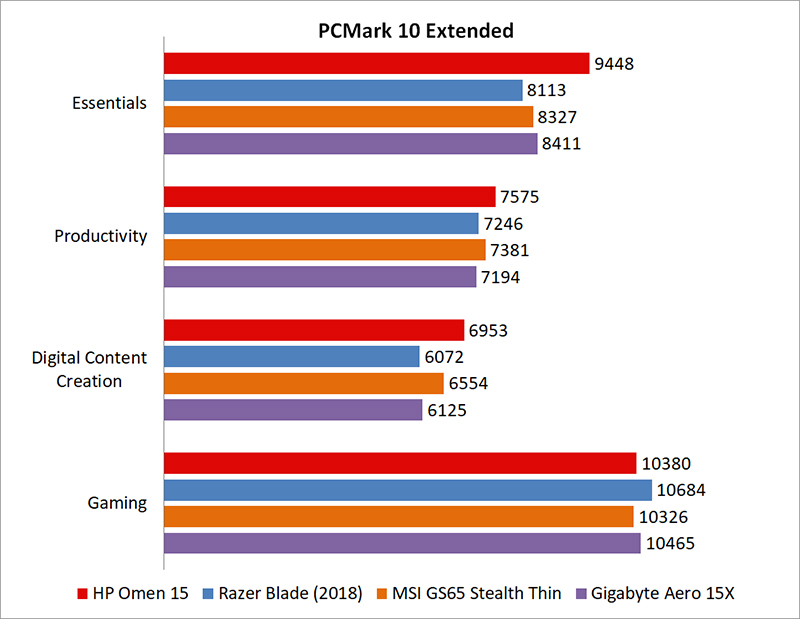 The Omen 15 didn't really stand out in 3DMark, but it did manage to keep up with the other Max-Q notebooks. There was little to differentiate the different notebooks here, which isn't really surprising given their near identical configurations. 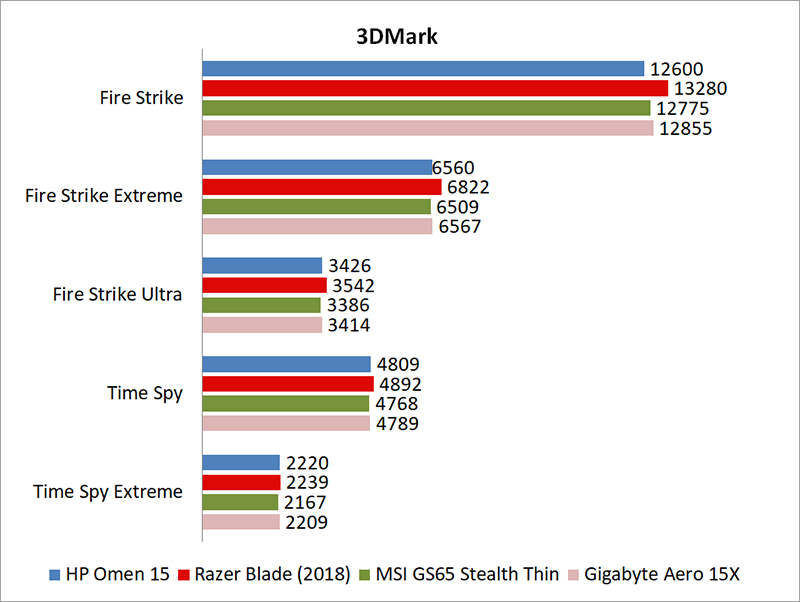 The HP Omen 15 did especially well in VRMark, much to my surprise. It was a good 21 per cent quicker in VRMark than the Razer Blade, a pretty significant advantage. It's worth pointing out that the Omen 15 comes outfitted with 32GB of RAM while the other notebooks have just 16GB, so it's possible that the extra memory can help it in more demanding VR applications. 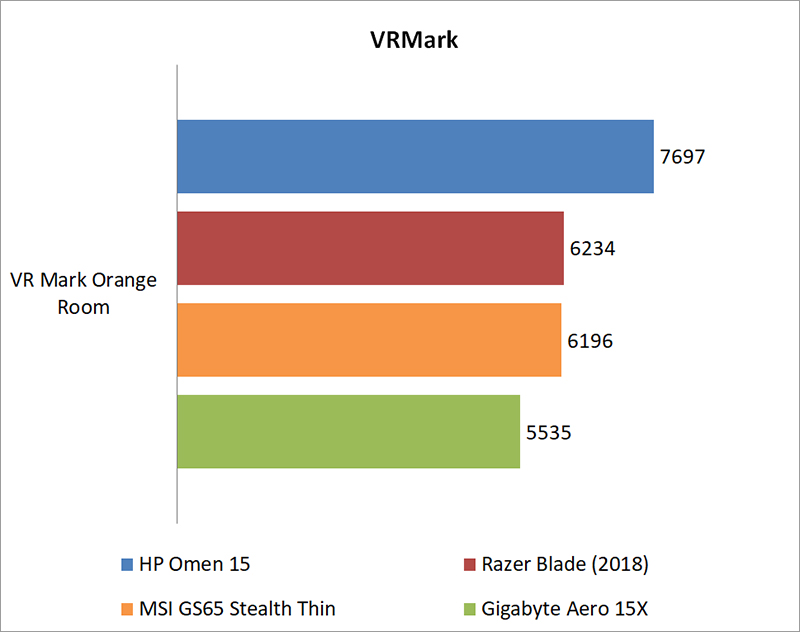 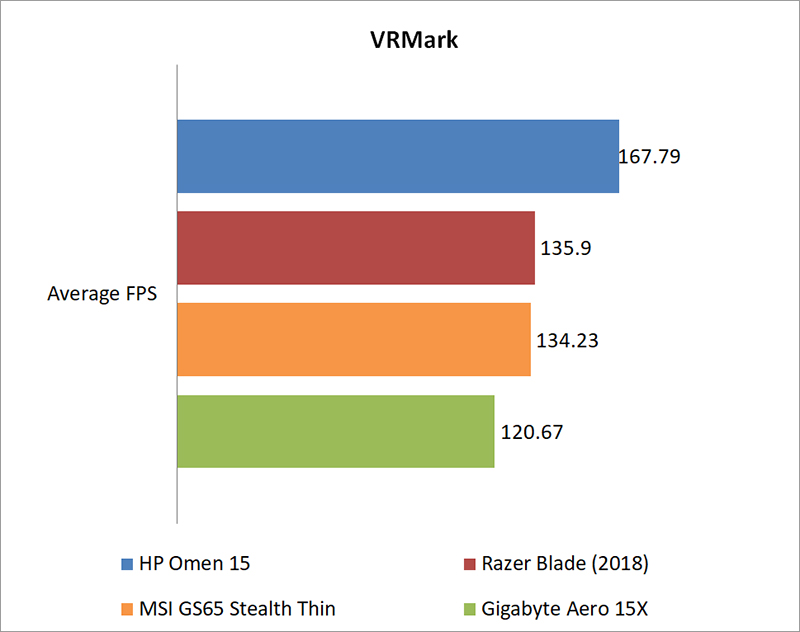 Ashes of the Singularity is a demanding real-time strategy game that puts thousands of units on screen, and it’s capable of pushing even the most powerful GPUs. However, it can be CPU-limiting at lower settings.

The HP Omen 15 performed more or less within expectations here, with the exception of the DirectX 11 test run at 1080p and High settings. That's probably the most CPU-limiting scenario out of all four test runs, but it's possible that as in VRMark, the generous 32GB helping of RAM helped it edge ahead. The Omen 15 squeezed out a 13 per cent lead over the Razer Blade at the aforementioned settings, although it wasn't able to replicate that advantage in the other test scenarios. 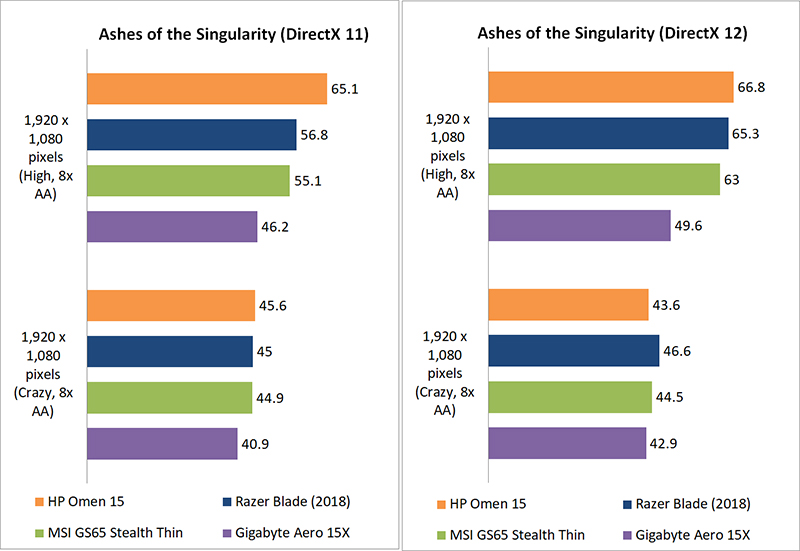 Mankind Divided is one of the most demanding titles to run today, but the HP Omen 15 is quite capable of delivering a playable experience.

Once again, performance was very similar among all the notebooks, and the Omen 15 performed within a few frames of the other laptops.

The Razer Blade took the pole position here, although the Omen 15 wasn't that far behind. 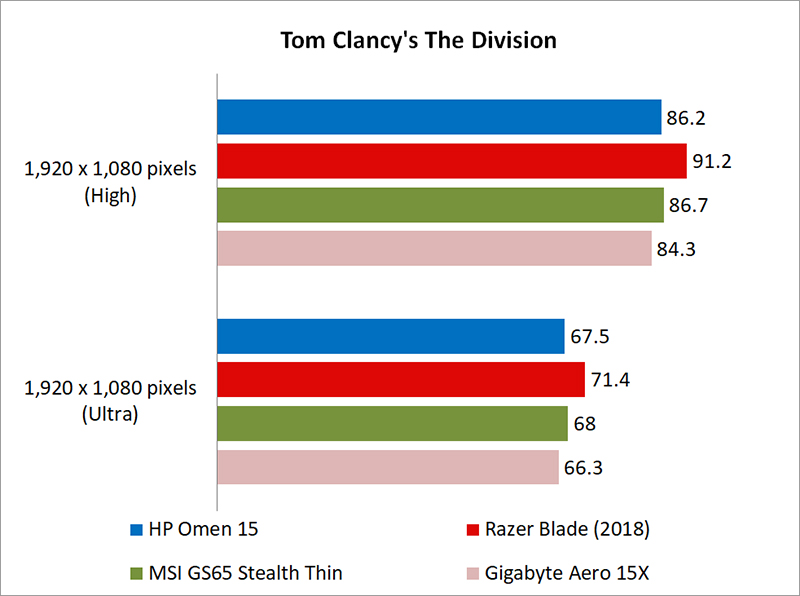