Love ‘em or hate ‘em, 3D movies just don’t seem to be going away. Maybe it's having to sit in cramped cinema seats, maybe it's being forced to wear recycled glasses, or maybe you're just sick of suffering through annoying image ghosting and the accompanying headaches that come from sitting at the sides of the cinema (ever notice that the one perfectly positioned seat, right in the middle of the theatre is always reserved, no matter how early you try to book?). The solution? How about your own full HD, Blu-ray equipped, personal 3D movie watching machine. Perhaps something like this for example: 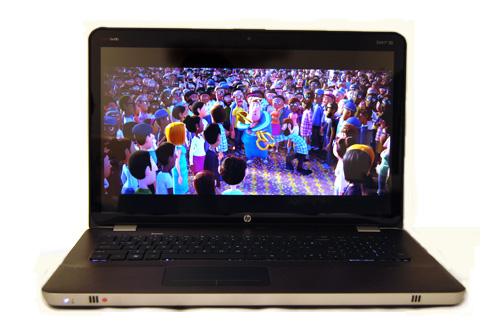 We know it sounds exciting, so we're giving it the full review treatment to find out how good it really is.

We’ve always admired the Envy lineup for its sleek minimalist looks and interesting use of patterns and textures, and the Envy 17 3D is no different. A brushed aluminum ‘carbon relic’ finish (a coppery metallic brown shade) with an etched square dot matrix pattern adorns the lid of the notebook. It's not immediately obvious under normal lighting conditions, but the dots actually form a swirly floral pattern, which adds a nice artistic touch while remaining understated. 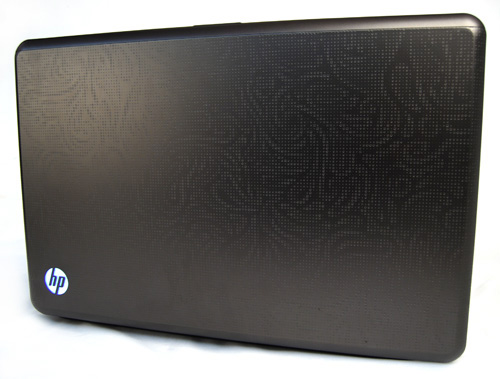 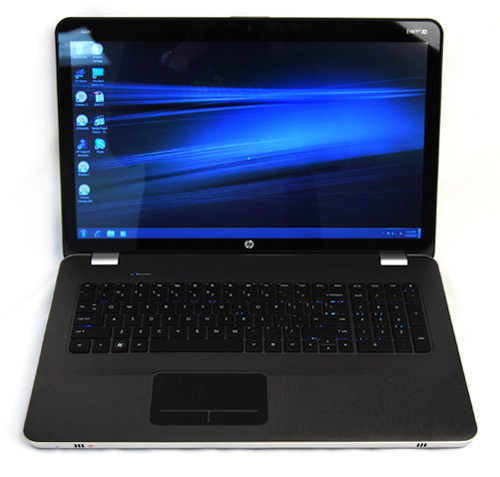 One thing that slightly spoils the interior aesthetics is the use of a 'keyboard well' rather than the one piece aluminum found on the newer Envy 15 models. There’s a noticeable gap showing between the keyboard and the surrounding aluminum, and unfortunately the keyboard base is also plastic which makes it a slightly different color compared to the rest of the interior. 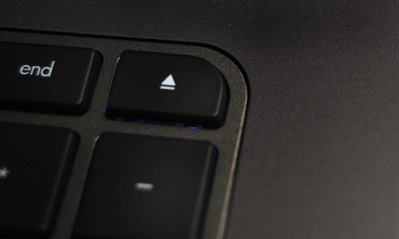 The backlit, chiclet keyboard is full-sized (except for the up/down arrow keys which, like all HP notebook keyboards, are half sized). Typing was generally comfortable, with a firm response and generous spacing between each key. We did however notice a bit of flex in the number pad area.

The Envy 17 3D features a buttonless trackpad with raised lines to indicate where to press for mouse clicks. We weren’t too keen on the trackpad as clicking the buttonless area felt mushy and we could feel the entire pad flexing. We also felt that, considering the amount of real estate on the wrist rest area, the trackpad could have been bigger.

The only other button found on the interior is the slim power button found above the keyboard. Instead of having their own dedicated buttons (there's more than enough space for them), multimedia controls are shared with the function buttons (F1, F2, etc.), which may be an annoyance to some, but does fit the minimalist aesthetic nature. Additionally, we're not sure if it's just our review model, but we also noticed a lack of manufacturer stickers, which again complements the minimalist appearance. 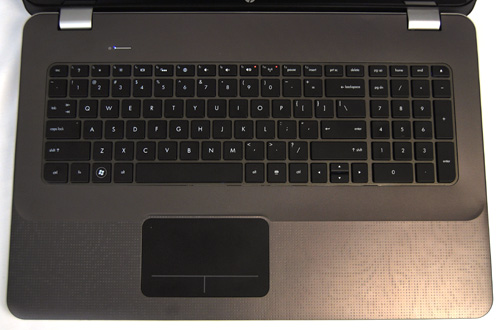 You'll find all the necessary ports on the sides of the Envy 17 3D. Unlike the lid and interior, the sides are finished in a brushed silver aluminum finish, which provides a nice contrasting tone. 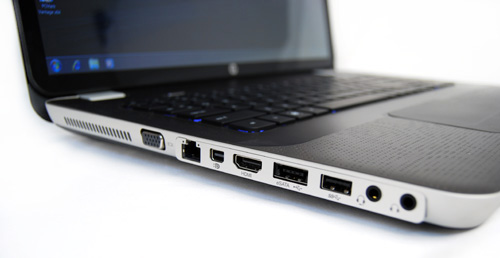 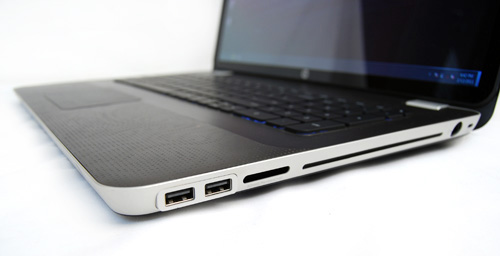 Write a Review
Compare This | Specifications
Full aluminum construction with minimalist design
Excellent screen
Great audio
Graphics engine bottlenecks performance
Our articles may contain affiliate links. If you buy through these links, we may earn a small commission.
Sponsored Links