Note: This article was first published on 3rd March 2020. 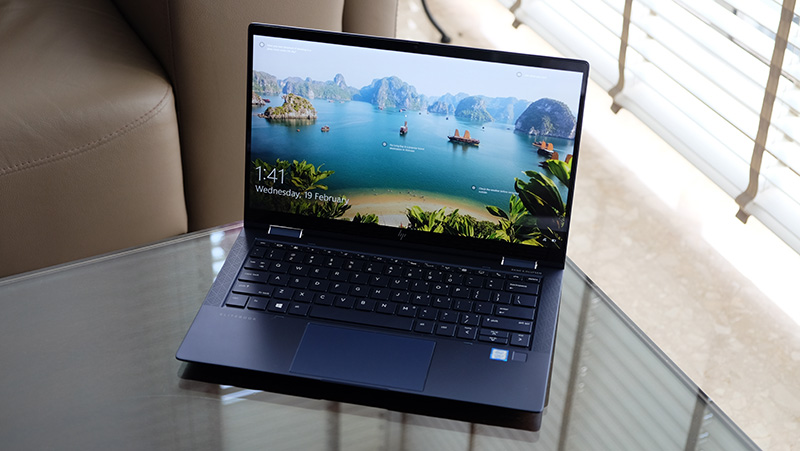 The HP Elite Dragonfly is probably one of the best-looking business notebooks I've seen. It doesn't even look particularly like one, sporting a deep cerulean blue finish that's absolutely gorgeous. The magnesium alloy chassis is slim and light, boasting an impeccable fit and build. It's rugged too, having passed 19 MIL-STD for drops, shocks, and vibrations. My editor has covered it in greater detail when it first launched, so I'll just be picking out the highlights in this review article before assessing its performance capabilities.

But while it looks great and feels wonderful in hand, its main selling point is really all the business-oriented design elements that are on display here.

Here's an overview of the laptop's specifications:

This convertible won't come cheap though, and the above configuration will cost you a good S$3,319. But for the price, you get a really thoughtfully designed notebook that comes with just about everything you could want in your work laptop. The one downside is that the processor is an 8th Gen Intel chip rather than one of the newer 10th Gen ones, which does make the specifications seem a little dated. What's a bit odd also is that this particular unit comes configured with a consumer Intel chip, as opposed to the Core i7-8665U, which features vPro support.

Nevertheless, HP announced at CES that it was updating the Elite Dragonfly with the newer 10th Gen processors, so it should just be a matter of time before that becomes available to buy here. 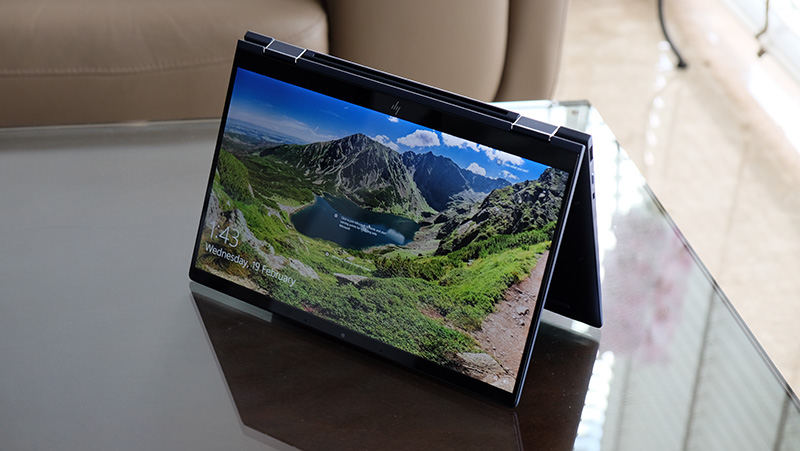 This is also a 2-in-1 convertible that works as a tablet, and it ships with an HP Active Pen G3 that will allow you to quickly take notes on the go. The pen pairs with the Elite Dragonfly via Bluetooth, and it attaches magnetically to the top of the display so it won't just roll away when you set it down. It supports 4,096 levels of pressure sensitivity, and writing – and also shading – with it feels natural and responsive. The palm detection works well too, and I didn't encounter any unwanted inputs when writing in OneNote. 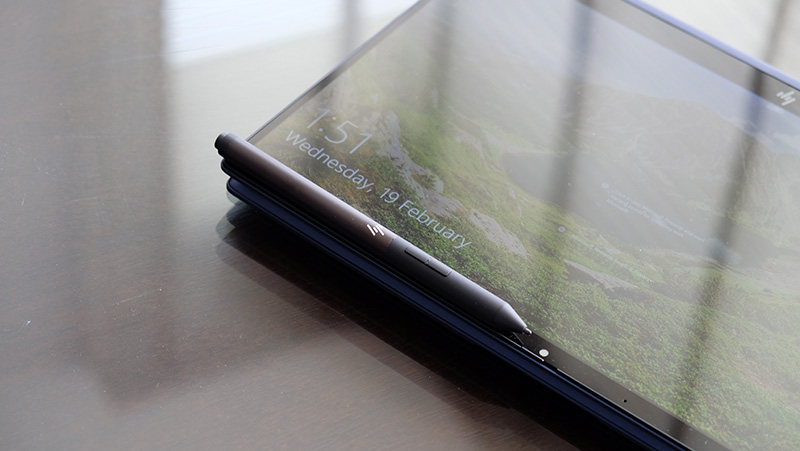 The hinge feels fluid, possessing a reassuring amount of resistance that makes it feel really sturdy. However, my one gripe would be that the lid cannot be opened one-handed.

It's all about the details

This includes things like an oleophobic coating on the chassis to keep the fingerprints and other grease stains away. This is super useful, and the last thing you want is to take a dirty-looking laptop and display it at a board meeting. The coating seems to work pretty well in my time with the laptop, and it hasn't picked up any prints yet. 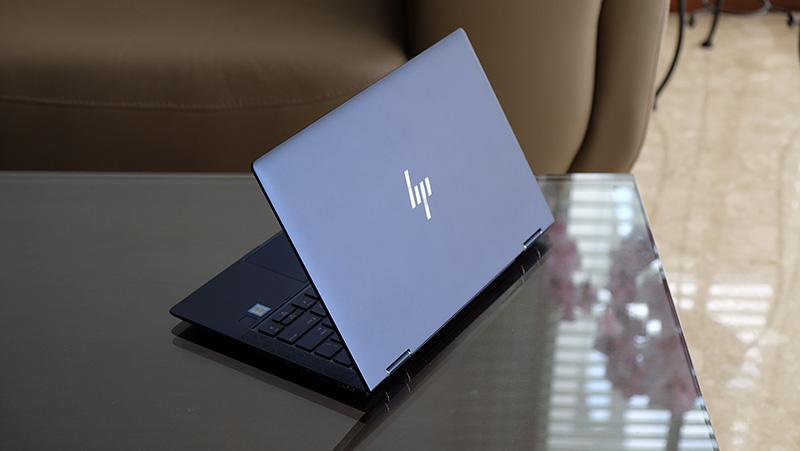 Another feature I want to call attention to is the Sure View screen technology, which is basically a built-in privacy filter that you can toggle on and off. Hitting F2 activates the feature, drastically narrowing the viewing angle and making the screen look dimmer when viewed from the front. I could see people using this whenever they're viewing sensitive information, and it's an invaluable feature for corporate customers.

However, the display is highly reflective, but that can be mitigated somewhat by turning the brightness up. The screen can get very bright, ramping up to a good 1,000 nits. However, it seems like the built-in privacy filter has affected the viewing angles somewhat even when it is not active, and the screen appears just a tad dimmer than I'm used to when viewed from the side.

And then there's the webcam shutter, which you can just slide shut to block out the webcam. Again, this will earn you style points since you don't have to stick tape over the camera, assuming this is something you're really worried about. Unfortunately, the shutter also blocks the infrared camera, so you can't sign in using Windows Hello's facial recognition feature with the camera covered. There's still a fingerprint reader on the right palm rest though, so you don't have to tap out your password. 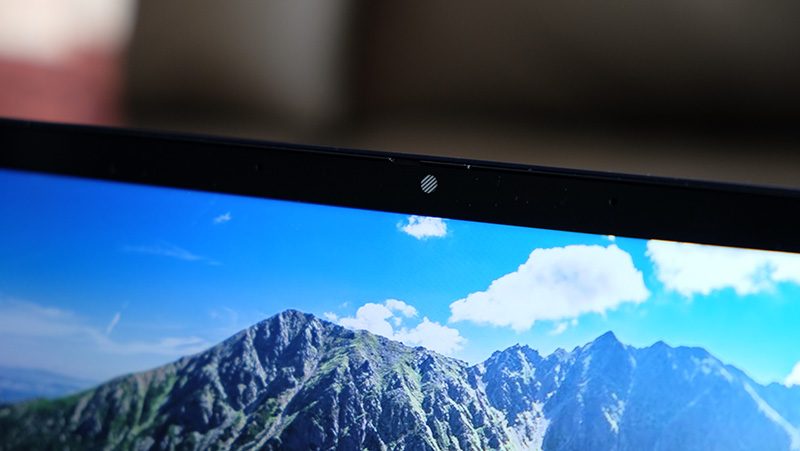 If you press F8, you'll also instantly mute your microphone with just a single tap as well, which can be pretty useful if you take a lot of conference calls on your laptop.

The keyboard is probably one of the most important aspects of any laptop, and HP has nailed it here too. There's deep and satisfying key travel, for a laptop of this size that is, and the glass trackpad is slick and responsive. The latter is also large enough so it never feels too cramped. 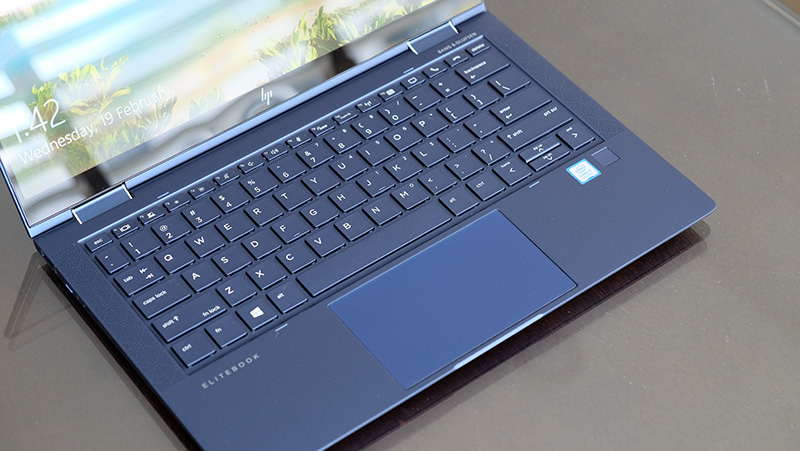 Elsewhere, the speakers have quite clearly been tuned to emphasise the vocals in audio sources, but that means they don't sound as good when playing music. Bass is really lacking, and the emphasis on the mids is overwhelming.

Finally, the Elite Dragonfly has most of the connectors that you'll need, including not one, but two, Thunderbolt 3 ports and even a full-sized HDMI 1.4 output. There's also a USB 3.1 (Gen 1) Type-A port and one 3.5mm headphone and microphone combo jack. 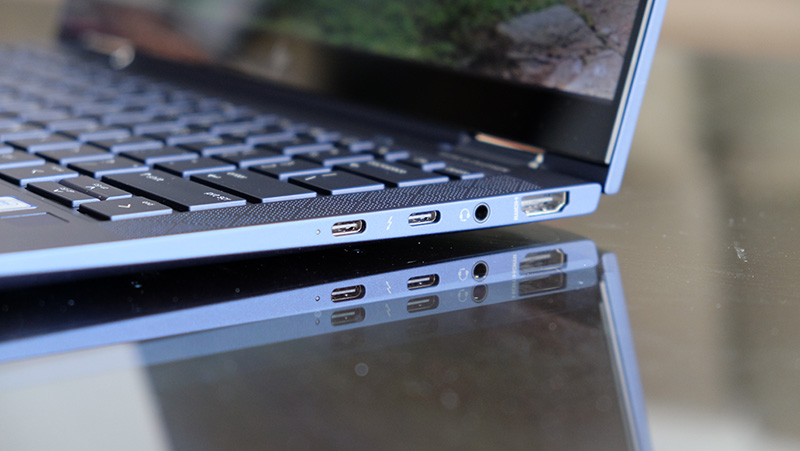 My review unit also comes configured with support for the latest Wi-Fi 6 standard and an LTE module for cellular connectivity on the road. The nano-SIM slot sits on the left, and you just push the slot in to pop it out. 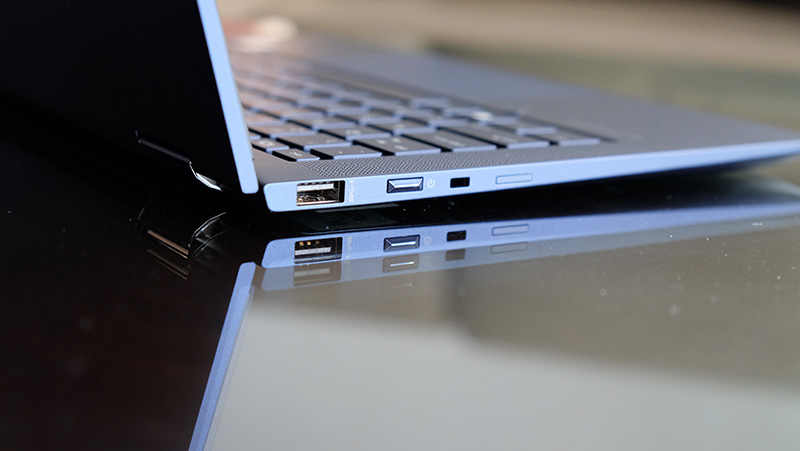