How does the TomTom GO 600 GPS unit match up against Waze? 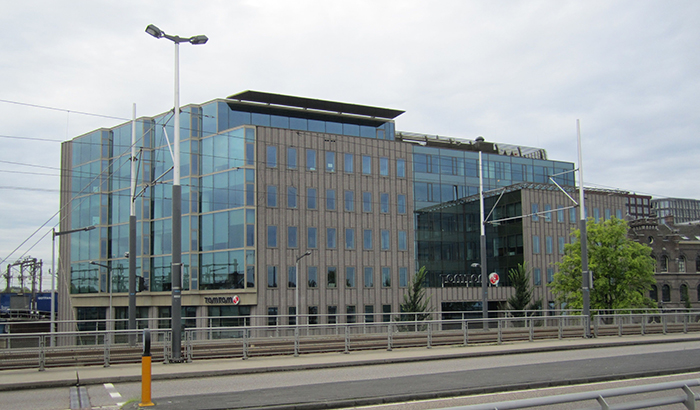 TomTom is one of the world’s leading manufacturers of personal navigation devices. However, the company’s crown jewel is not really their devices, but their maps. As CEO Peter-Frans Pauwels told us during our trip to their company headquarters back in 2012, "It's about what we put into our devices that matters. There is a lot that goes into TomTom’s maps to make it so unique."

One of the ways that TomTom devices are unique from the competition is a technology called HD Traffic. In a nutshell, it is a real-time traffic update service that is being offered as part of TomTom’s Live services. This has been introduced almost six years or so ago in Europe and it has finally made its way to our shores.

Just last month, TomTom officially announced the availability of its new GO series of personal navigation devices here in Singapore that will support its real-time traffic services. Known simply as TomTom Traffic, this new feature uses information provided by other TomTom users, third party service providers, GSM probes and historic travel data to provide real-time traffic updates every two minutes to its users. And if it senses that there is a traffic incident ahead, it can quickly suggest an alternative route to help users get to their intended destination quicker. This new feature will be supported by the new GO 50, GO 500 and GO 600 personal navigation devices. 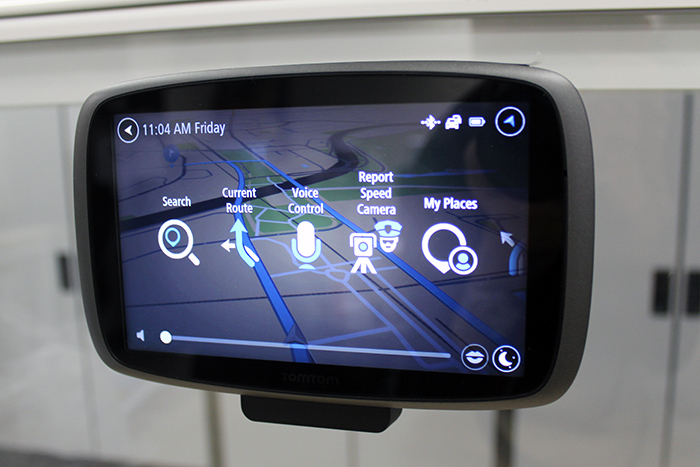 The differences between the models are slight. The GO 50 and GO 500 are both 5-inch devices, and with the GO 50 having a traditional resistive touch display and the GO 500 have a capacitive one. The GO 600, which we have here, is the largest and it has a 6-inch capacitive touch display with a resolution of 800 x 480 pixels. The large display and high resolution (relatively speaking for a personal navigation device) means that it is easy to see exactly where you are going, while capacitive touch technology ensures a more accurate input experience.

Legibility is also helped by the GO 600’s improved OS and user interface, which features contrasting colors, bright graphics and new design elements such as the Route Bar, which shows upcoming traffic situations, speed cameras and even petrol stations on the road ahead. The new interface also features different color themes with funky names such as and "Opulent Orchid" and "Lush Lime". 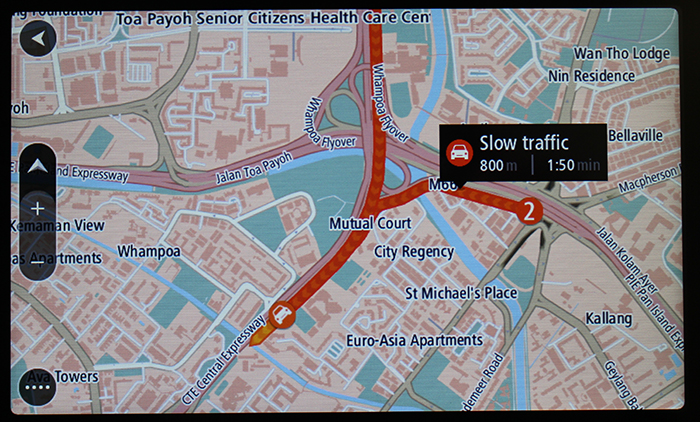 TomTom Traffic is undoubtedly the highlight of this device and a live data connection is required for it to work and this can be achieved by tethering the device  to your smartphone. For those worried about data usage, TomTom has said that data use is almost negligible and claimed that data use will be kept under 10MB every month even if you drove for an hour everyday in peak traffic. However, one thing we noticed is that with TomTom Traffic enabled, it does take noticeably longer for the device to search for a route.

One of the cool things about the new interface is also the enhanced search function. It now searches faster and can even search online, provided it is connected to your smartphone and you have a working data connection. The new interface also lets users tap on any point on a map and search the vicinity for points of interest.

The GO 600 also comes with the other niceties that you would expect from a decent personal navigation device, such as lane guidance, to help drivers see which lanes to take at major junctions; and also 3D maps that display prominent buildings and landmarks; as well as speed and camera alerts. The device also supports voice-activated commands and also gives voice instructions in a variety of languages and even dialects. 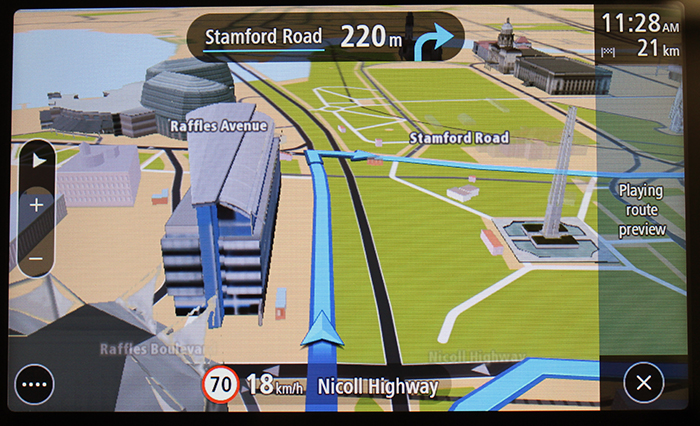 If you disable TomTom’s real-time traffic updates, the GO 600 works just like any other TomTom device. We have no complaints about the device's navigation, ease-of-use and route-searching. Furthermore, the new interface is certainly more interesting to look at, functional, and also easier to use. However, the GO 600 is not as responsive and quick as it needs to be. Compared to a regular smartphone or tablet, the GO 600 feels slower to use and there is a perceptible amount of lag as you scroll around the map or even simply going from one settings menu to the next.

Speaking of smartphones and tablets, the GO 600 enters the market at the time where most smartphones come with built-in navigation apps with turn-by-turn navigation. For example, Android smartphones have Google Maps while Apple's iPhones have their own Maps app. What’s more, there are currently no shortage of third-party navigation apps on the respective mobile OS’s app stores and one of the most popular, here in Singapore at least, is Waze.

Acquired last year by Google for a reported US$1 billion, Waze is a navigation app with a twist. The twist is that it incorporates social networking elements and relies on users to provide it with real-time traffic updates. Users can even post photos of traffic incidents to warn others. As you can probably tell by now, Waze has the potential to be a very useful commuting tool and having been around for some time in Singapore, it has established for itself a pretty sizable user base. So how does TomTom’s new GO 600 and its TomTom Traffic service compare to Waze? Let’s take a closer look on the following page.