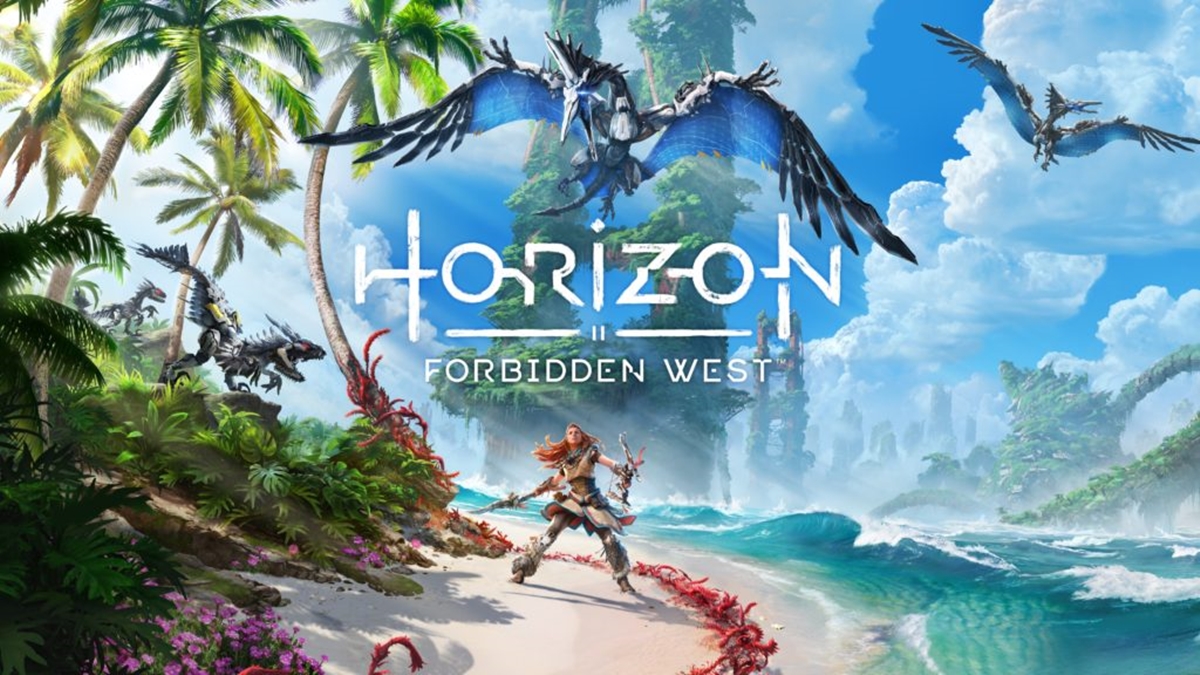 As far as modern action-adventure titles are concerned, the Horizon series and its now-iconic heroine Aloy aren't shy about taking things up to eleven when the situation calls for it. After all, Zero Dawn set an admirably high benchmark that even put some other AAA games at the time to shame, but more importantly, we're happy to report that the latest addition to the family, Horizon Forbidden West is having no issues following in its predecessor's footsteps.

Released for the PlayStation 4 and PlayStation 5 just under a week ago, Guerrilla Games' newest title sees Aloy returning to the post-apocalyptic fray in search of a backup save file for the GAIA A.I., humanity's only hope of curbing the terrifying blight that threatens to engulf the world. Naturally, she'll have to duke it out against both man and machine as she makes her way into unknown territories - the titular Forbidden West.

Awe-inspiring from start to finish 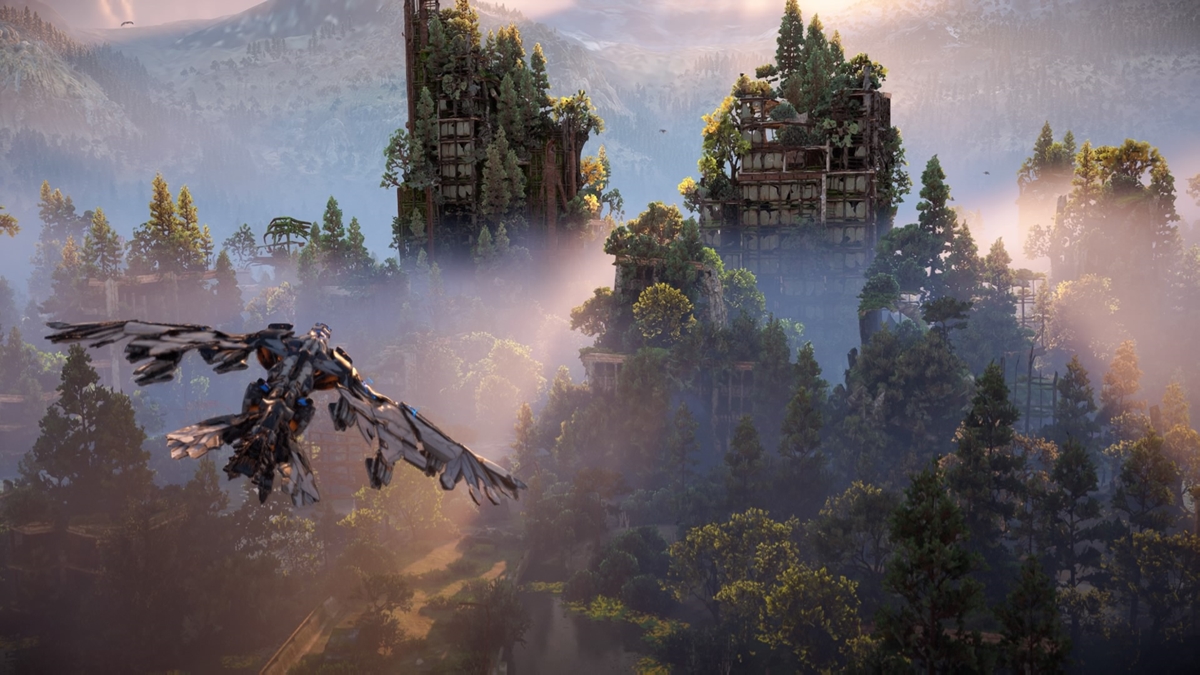 Aesthetically, Forbidden West really doesn't disappoint. Aloy's world looks just as amazing as it did in Zero Dawn, perhaps even more so if you're playing it on the PS5. Heck, it already looks dazzling on my old beat-up PS4, and at times it's like you're watching an animated film rather than playing a video game. Trekking through the Forbidden West is like something straight out of a dream - passing through lush jungles, exploring vast canyons, and scouring the dilapidated ruins of cities from the time of the Old Ones. It's a truly enchanting experience that you'll be loath to put down once you pick it up, and unlike many games where that childlike sense of wonder fades away after several hours, here it stays with you all the way from start to finish.

But it's not just the environments that are marvellous. The mechanical beasts that prowl Aloy's world are in better shape than they've ever been, and the game's flashy, impactful combat says as much. Whether it's the first Bristleback you take on or your thousandth, the fight feels awfully good to look at (and of course, win), especially if you manage to hit the acid canisters on its back with your acid arrows. 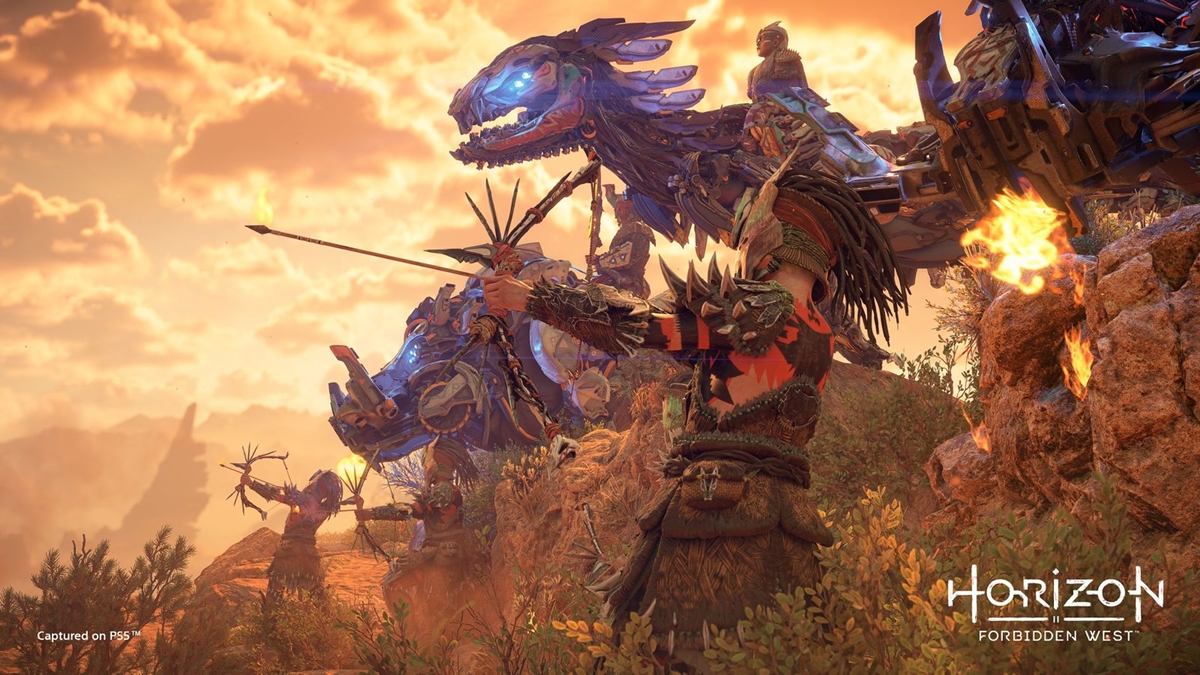 Yet, there is also something to be said about the game "overperforming" with regard to aesthetics. Some players have complained (albeit jokingly) that Forbidden West's jaw-dropping graphics makes it difficult to figure out which surfaces are scalable and which are not. I personally didn't have too much of a problem with this, but I can understand where they're coming from, especially if they're gunning for that 100% completion rate. It's not rocket science, really - knowing exactly which surfaces can be climbed helps you check out every nook and cranny in the game's vast world, and we'll just leave it at that.

Still, if you're having trouble wrapping your heads around the parkour aspect, go ahead and enable the "Climbing Annotations" feature in the Accessibility section of the Settings - this makes scalable surfaces and handholds stand out more prominently in the overworld. Thank me later. 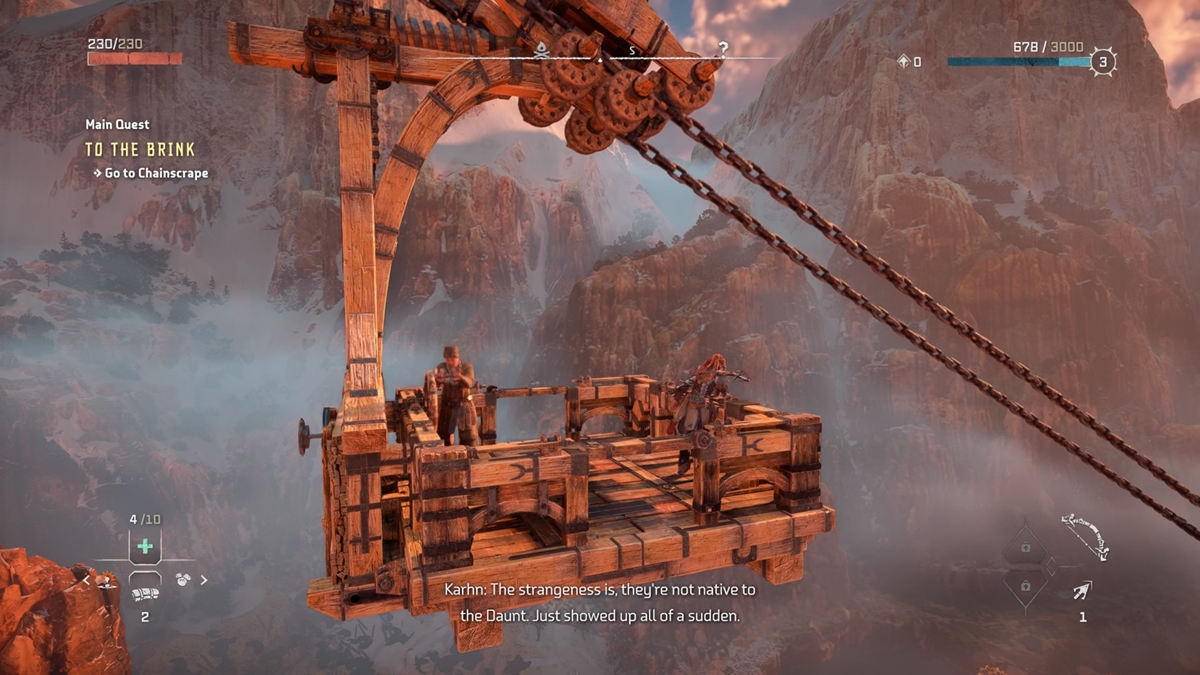 Along with top-tier visuals, the audio in Forbidden West is another huge part of the experience, and like Zero Dawn, the game's background music blends modern and tribal-inspired tones to fit the post-apocalyptic fantasy setting. Notably, unlike other post-apocalyptic titles where the melodies tend to focus on invoking senses of dread, loss, and fear, the Horizon series (and its music) has always been more about positivity, and this shines through in how Guerrilla Games have constructed the whole aesthetic package.

As for voice acting, Ashly Burch has done it again. Although I personally play a lot more Japanese than English games, I admit that Horizon is among my top ten for casting choices. There's just so much life in all of the different characters that it's hard to believe they're merely in-game personas. 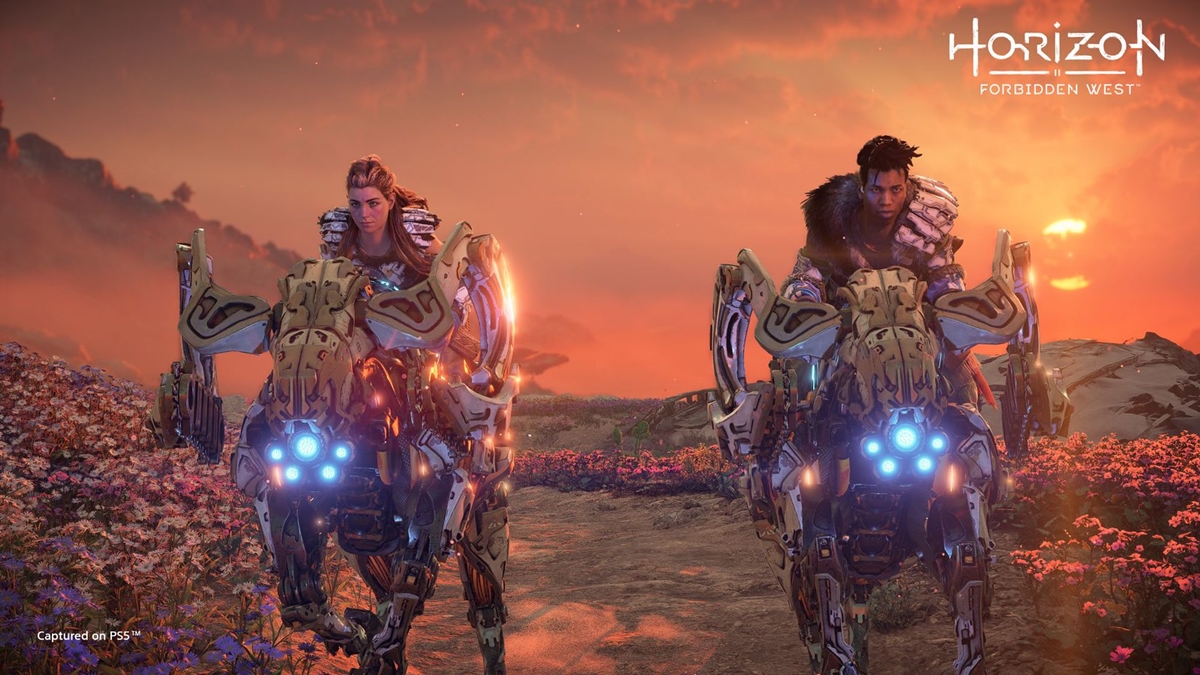 Of course, first and foremost you've got Aloy herself, and for one, it's very enchanting to see how her worldview and attitude has evolved since Zero Dawn, though we still see lots of well-deserved sass from her when the situation (read: Studious Vuadis) calls for it. As for other NPCs like Varl and the Sun King Avad, you can tell their voice actors really inject a lot of life into their characters as well - they don't sound stilted like what you might expect from people reading off a script, and this makes the entire narrative flow much more naturally. 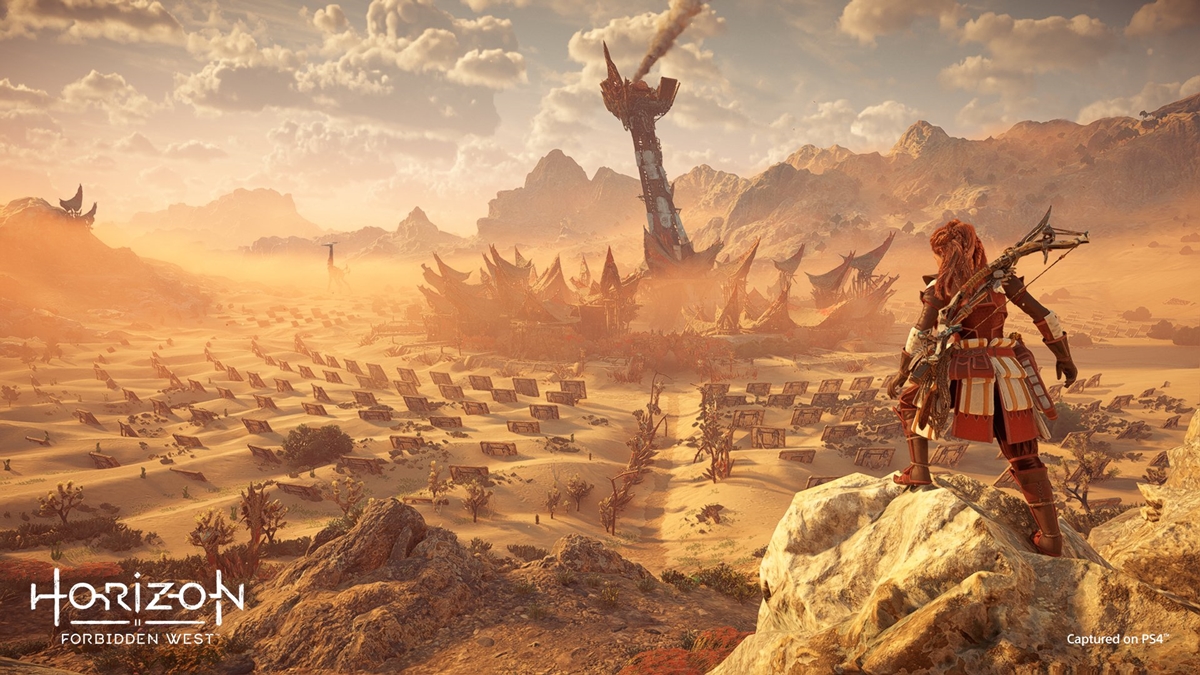 Now let's talk gameplay, and I'd like to add in a disclaimer that I won't really be discussing the narrative in this review, simply because I think it's such an absolute gem of storytelling that you're better off drawing your own conclusions. However, I do think the pacing is great - it doesn't beat around the bush too much, but still leaves some time for each character to come into their own.

As I mentioned earlier, the combat - arguably one of, if not the biggest part of Forbidden West's gameplay - feels really, even absurdly, good. It's like they took what they had in Zero Dawn and bumped it up a couple of notches in terms of impact, while also whittling away unnecessary bells and whistles such that it's easy for anyone to pick up this game and enjoy it.

That goes especially for me, of course. I'm quite clumsy when it comes to min-maxing in general since I don't like to think too much about gear and skills, but thankfully I don't seem to have that problem with Forbidden West. The mechanics are rather easy to understand and apply, from Valor to tripwires and elemental affinities, so on and so forth. The developers have only added in as many intricacies as the game needs to keep it refreshing and engaging - anything else is either thrown out the door or made optional for players to explore in their own free time. 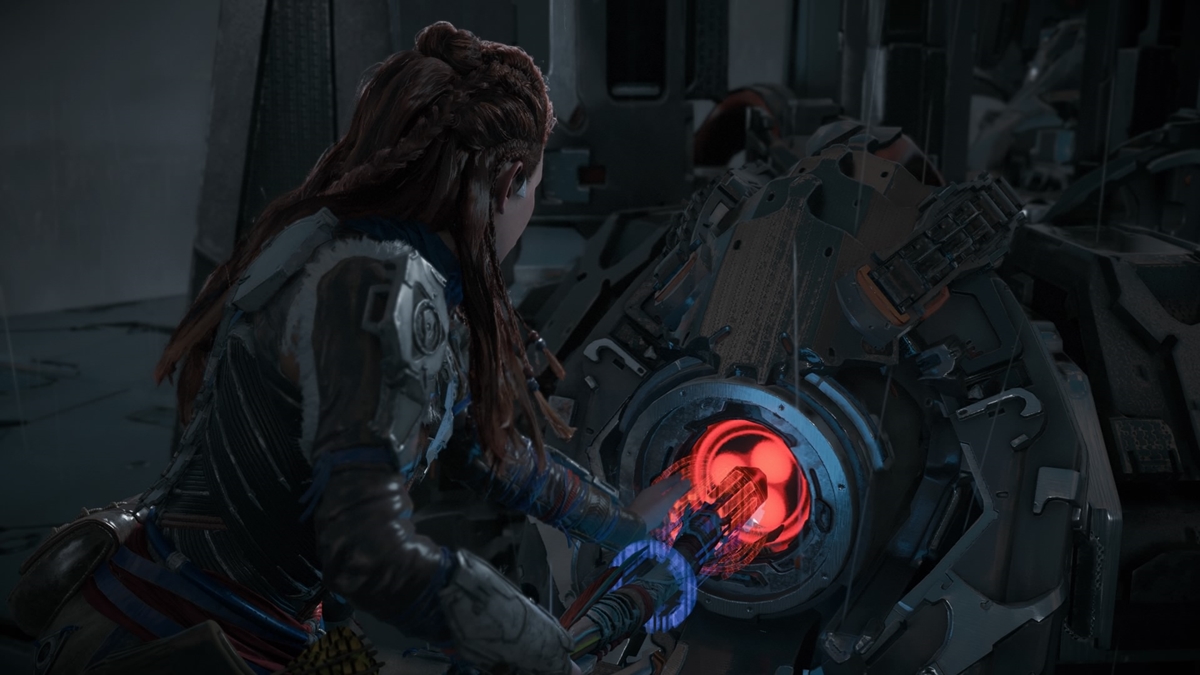 Combat itself is also quite the cinch, and there are lots of ways that players can tweak it such that it fits their own personal tempo and playstyle. I do add in the disclaimer that I played through the game on Easy, but it's actually the flow of combat that really got me hooked onto Forbidden West. In a word, it's very "fluid".

Transitioning from one tool or weapon to another is as easy as flicking a switch (or in this case, L1 and the right thumbstick), and the developers aren't shy about letting you feel absolutely overpowered once in a while. Now, as much as I appreciate a difficult boss battle from time to time like every other gamer out there, I'd also like to feel (at least occasionally) like my efforts are "paying off" in that sense, so seeing Aloy move and fight like a one-Nora army when I'm just out killing bots for the sake of it is quite the treat.

As for platforming, I found it quite manageable, and in terms of complexity, it's similar to what you might get from a Darksiders game. Of course, you'll still have to scratch your heads here and there, but it wouldn't be any fun if it was overly obvious or straightforward now, would it? Speaking of puzzles, completionists and explorers will certainly want to check out the Relic Ruins scattered all across the Forbidden West. These areas don't feature any combat scenarios and generally consist of a multi-step puzzle sequence that rewards Aloy with powerful Relics and other collectibles. For easy reference, they're even marked on your map too, and they're a great destination if you'd like some time off from busting bots and chasing the ever-annoying Sylens all across the frontier.

Some chinks in the armour 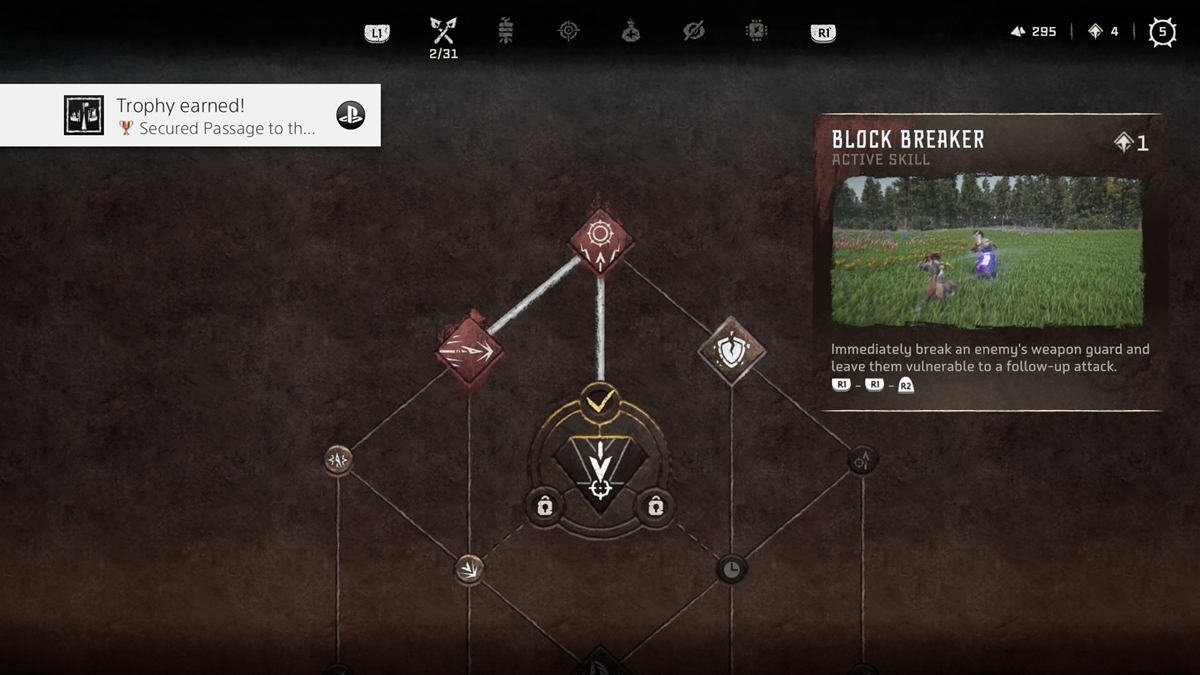 At the end of the day, there are truly very few things I dislike about Horizon Forbidden West, if at all. The only gripes I might have are relatively fixable too. First, there's the lack of a respec function. Admittedly, it's a small wrench in a bunch of gameplay cogs that would otherwise be flawless since beginners might not be aware of which skills to prioritise, or even the fact that they can't re-spec, to begin with.

Second, it is worth highlighting that, unlike Horizon Zero Dawn, Forbidden West does NOT have a New Game Plus mode, meaning you'll have to start over from ground zero if you want to replay the Campaign. Accordingly, you'll do anything and everything within that one single game file, though you can keep your fingers crossed that Guerrilla might add this feature in a subsequent DLC.

At the moment, the only real loopholes in the game are those, as well as the fact that Aloy's conversational options don't quite lead her anywhere in particular. Many AAA titles these days place a lot of emphasis on choice-based gameplay and whatnot, while Forbidden West simply doesn't bother with them. In response to such concerns from the community, the developer team has highlighted that Aloy, being the "woman with a mission" that she is simply doesn't have time for romantic pursuits, much less with Varl or Avad, but no matter how you flip it, it is quite a pity that our earnest heroine isn't being given much space to find her own happiness.

It's your own adventure that really counts 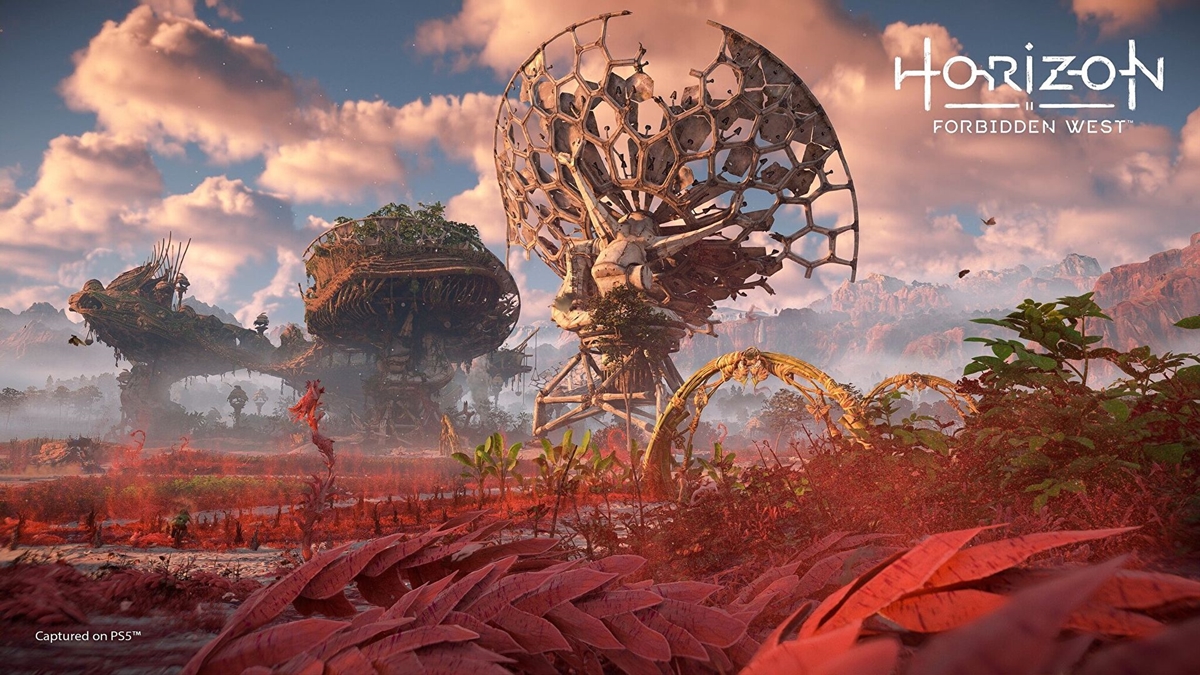 Regardless, it's like I've said above. Horizon Forbidden West is a game that I feel you really have to judge on your own, and what you read about it in reviews can only tell you so much about it. I personally think it's a fantastic game that's worth playing any day of the week, and the journey it takes you on is no less enchanting whether it's your first or hundredth time playing through it.

Even if the diversity of gameplay in a single adventure is somewhat limited by the lack of a respec function, these are holes that can be patched up with some "divine intervention" down the line. With that said, if you put those tiny chinks in the armour aside, it's a truly marvellous experience that's easy to pick up, play, and more importantly, to love.

Write a Review
Compare This | Specifications
Gorgeous aesthetics and impeccable audio
Combat and platforming are easy to pick up and immensely fluid
Voice acting is excellent and brings life to the narrative
Varl is best bro
Lacks an actual post-game
No respec - best to do your homework before you invest in skills
Turn on Climbing Annotations. You're welcome.
Our articles may contain affiliate links. If you buy through these links, we may earn a small commission.
Sponsored Links