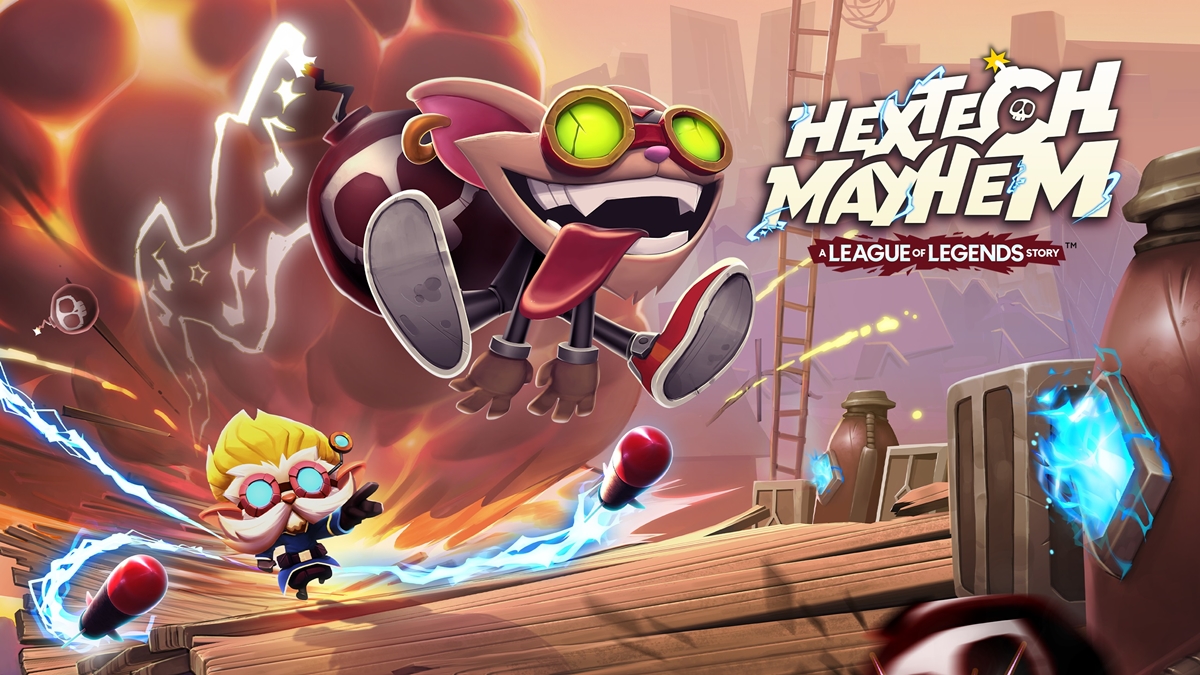 It might only be a couple of megabytes in size, but I never thought that blowing stuff up in time to a catchy beat could be quite so...charming. Along with Ruined King (which we're also reviewing right now!), Hextech Mayhem: A League of Legends Story is the latest, and certainly the most explosive release in Riot Games' recent swath of LoL spinoffs.

Needless to say, most folks should already be familiar with the biggest of those: Arcane. After all, the show has proven to be pretty popular even among viewers who aren't acquainted with the "source material", and it seems like the cast and crew had a ball putting it all together as well. But, I digress - we're not here to talk about the political dynamics of Piltover and Zaun. We're here to talk about a surprisingly-endearing game from Choice Provisions of Bit.Trip fame involving Piltover's resident explosives expert Ziggs, his friend Professor Heimerdinger, a super-catchy beat, and bombs.

Yes, lots and lots of bombs. 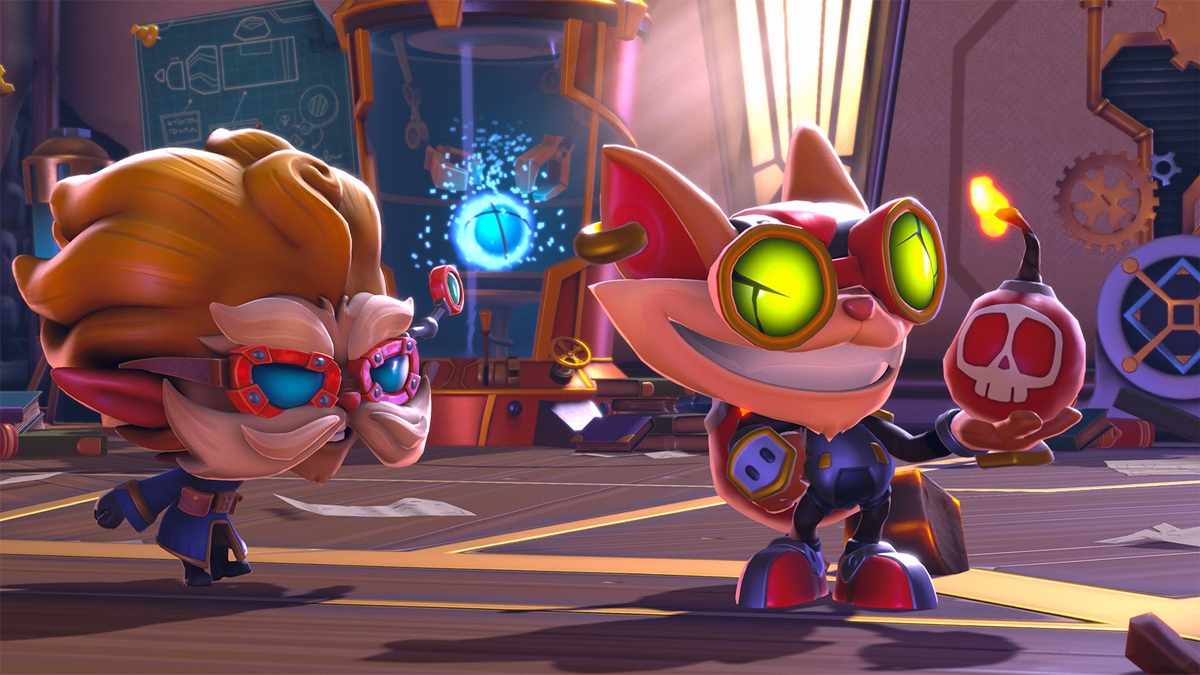 Admittedly, this review might end up being a relatively short one, because words on digital paper can only tell you so much about the experience of such games.

Fortunately, it isn't hard to grasp - all you've got to do is time your button inputs to match the icons on screen like any other rhythm game on the market. But where Hextech Mayhem sets itself apart (somewhat) is that it's presented in the form of a side-scroller. As you move along through the adorably-crafted levels, you'll see Ziggs make his way through the different districts of Piltover on his quest to create the biggest and most awesome bomb possible, much to Heimerdinger's chagrin.

To do that, you'll need to goomba-stomp city guards, blow up barrels, dodge rockets and so on - it's all in a day's work for the boom-loving yordle. As if he isn't doing enough of that in LoL itself, to begin with.

Notably, for those who are coming in expecting Riot's usual spread of world-building, you'd be better off just disengaging that part of your brain while you play this. We mean that in a good way, of course - this game doesn't need to set up a competent premise or do anything of the sort, really. There are a couple of cartoon-ish cinematics to establish some sense of a foundation, but the inherent silliness within, like how Ziggs just blows a wall apart instead of opening the door is kind of a giveaway that the game isn't meant to be taken seriously. It's essentially an arcade game that you play for absurdity's sake, and as you're about to find out, the surprisingly catchy beat too. 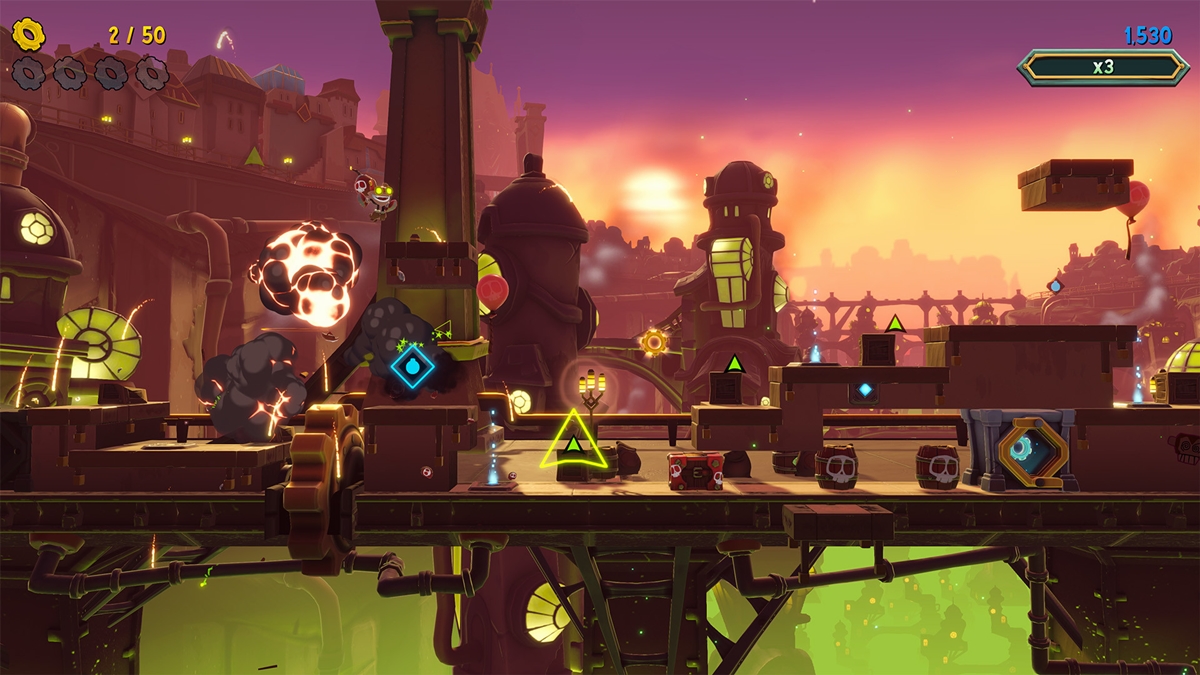 On the topic of catchy beats, the game seems to roll a relatively simple "base soundtrack", though the different placements of inputs in the level offer near-infinite permutations of it that make every stage feel ever so unique. Indeed, your inputs, especially the ones where Ziggs tosses a bomb contribute sound effects that blend in with the underlying track, and it's probably what I like most about the game in general. It's kind of like having various toppings for your vanilla ice-cream sundae - and coupled with the rather hilarious narrative (or whatever counts as one), Hextech Mayhem can prove to be surprisingly addictive. Yet, as one of Ziggs' fellow yordles likes to say "Rules are simply guidelines.", these prompts don't even have to be followed devoutly when the "freestyle" mode comes into play.

Yes, the real charm of the game slides subtly in when you realise that as long as you dodge the hazards and keep moving, the freestyle mode lets you turn the game into a "score attack" operation rather than your standard point A to point B gig, offering a level of freedom that many rhythm games tend to lack. It's very tasteful considering Ziggs' rather...unpredictable disposition too, and opens up an alternative avenue for players to enjoy and experiment with.

Additionally, the game also isn't as "unforgiving" as other rhythm titles, and doesn't boot you out of the level for missing a couple of inputs, at least during the non-freestyle levels. When you "die" from hitting hazards like a city guard or a rocket, you're given a chance to resurrect near the area by hitting one of the icons on screen, following which you'll be able to continue jamming along as usual. It's also worth noting that hitting a number of icons in succession fills up the "bonus mode", and you'll know you're in it when the screen has a golden-yellow tinge. Needless to say, it also provides you with a higher score multiplier, which will be invaluable if you're aiming for a high score run.

Oops...I did it again 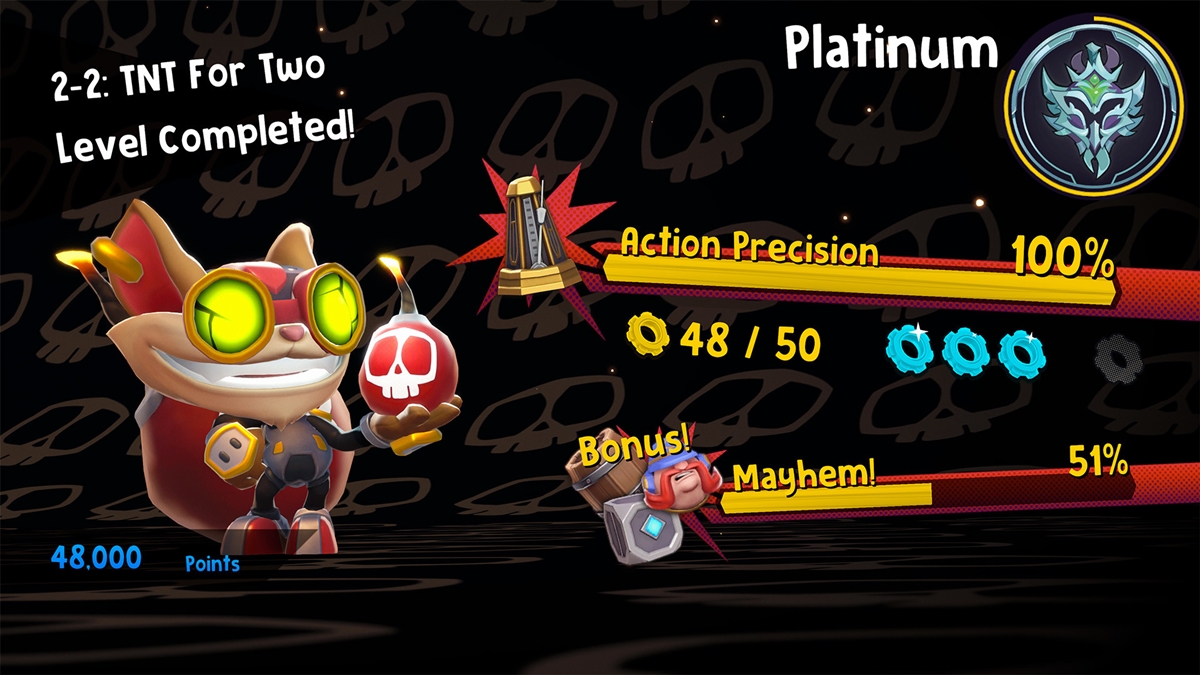 However, therein lies the game's one key issue, though to be fair it's a common one faced by pretty much every arcade title out there - it's still a one trick pony at its core. As addictive as it might be for me, I can't say the same for everyone, and frankly the game doesn't offer much replayability beyond achieving 100% runs and high scores.

Of course, this also factors in that the game doesn't have other actual modes of gameplay for you to tinker with - the most you have to work with is freestyling and basically winging your way through levels. Although that certainly adds more value to this game than many of its rivals on the market, it's bound to get a little old at some point.

In spite of these issues, Hextech Mayhem already provides way more mileage than other games within this price range, even those from other genres. It might not be the most expansive or immersive title out there, but it sure as heck is worth the handful of dollars you spend on it. If nothing else, you can always take a break from it and come back whenever you feel the urge to see Ziggs do his thing. That's the beauty of rhythm games, really - they're as evergreen as genres come, and this one, though simple, easily outperforms the bulk of its competitors.

Write a Review
Compare This | Specifications
Exceedingly easy to pick up and enjoy
Offers much more replayability and gameplay freedom compared to similar titles
The cinematics, though few are pretty hilarious
Extremely value for money
It's still a one-trick pony at its core
Input timings can be a little difficult to nail down correctly at the start
Needs more boom
Our articles may contain affiliate links. If you buy through these links, we may earn a small commission.
Sponsored Links