Halo Infinite's story and its downsides

Note: This review was first published on 11 January 2022. 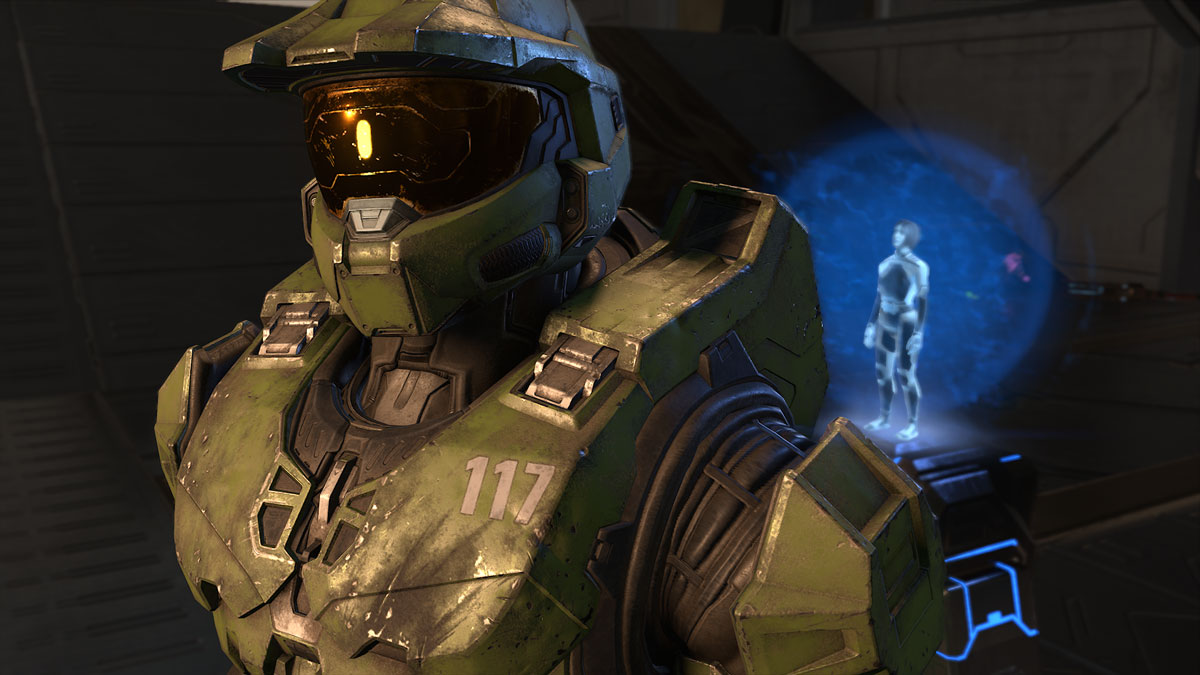 It’s just good to have you back, Chief.

Developer 343 Industries’ tenure over the Halo franchise has been something of a mixed bag so far, largely due to the convoluted storytelling fans were treated to in Halo 4 and Halo 5. Halo Infinite is the studio’s third mainline game and while it somewhat continues that pattern, it also feels like a breath of fresh air where it counts. Master Chief’s latest adventure is a stripped-down, back-to-basics story of a weary soldier stranded on yet another Ring full of creatures trying to tear him to pieces. 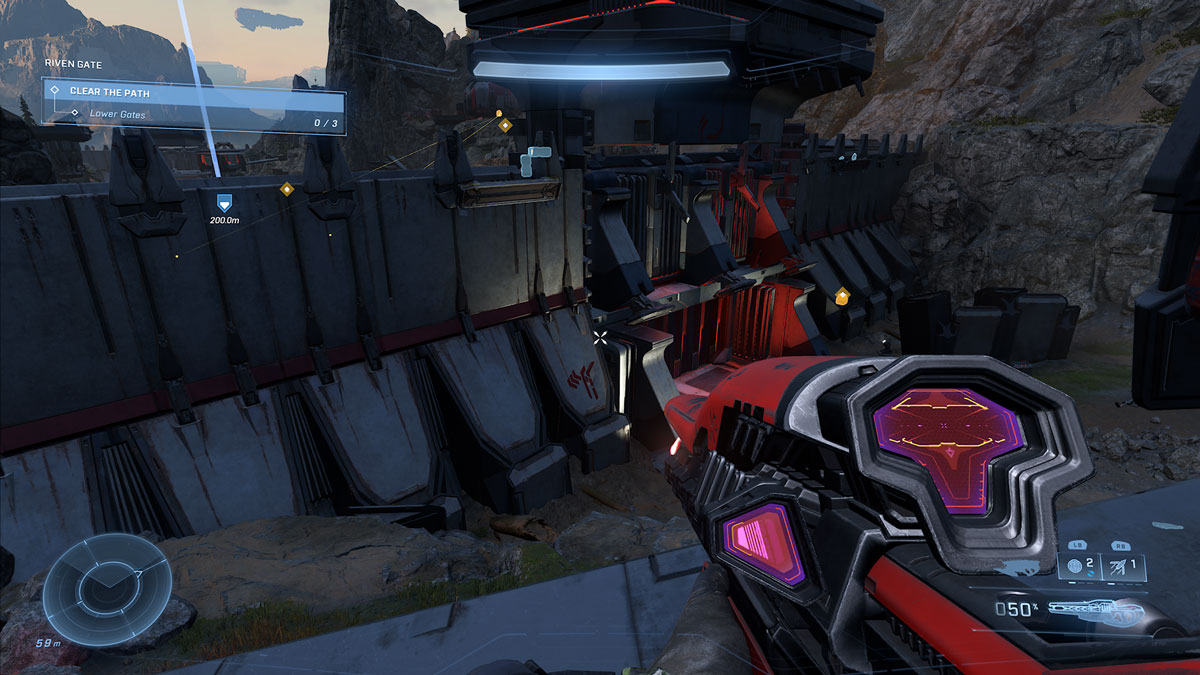 Halo Infinite kicks off in the most incomprehensible way possible, even to avid fans of the franchise. Master Chief is smack-dab in the middle of fighting a war against the Banished, a faction of alien warriors who have already managed to wipe out most of his compatriots. After being left for dead in the cold emptiness of space for months on end, he gets picked up by a pilot code-named Echo 216, and together they investigate a Ring called Zeta Halo. If you think this sounds like a whole lot of story spoiled in one paragraph, you should know that all of it unfolds within just the first hour of gameplay.

If you’ve played Halo 4 and Halo 5, you might be confused. Where’s Cortana? Where’s Blue Team? Where’s Halsey? Where are the familiar faces from past games we’ve grown to know and love? While you might pick up audio collectibles later on that hint at these characters’ fates, Halo Infinite is otherwise trying its best to wipe the slate clean completely. It offers a platform for players new and old to jump onto the franchise, without being burdened by the last decade of stories and characters most fans never liked anyway. 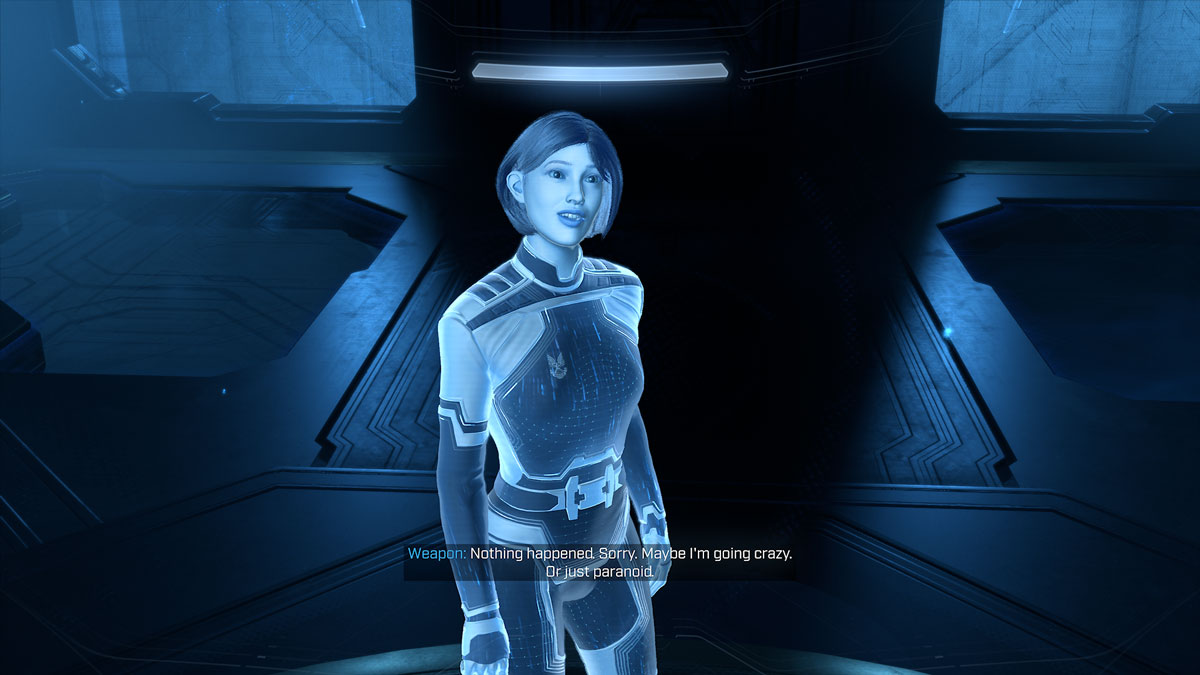 Of course, Halo is still the story of Master Chief and Cortana - and the latter AI is represented by a new character named The Weapon, Master Chief’s new blue companion bearing a striking resemblance to his old friend-turned-villain. While the story eventually delves into all the ramifications of the last few games’ events, the first half really just deals with Zeta Halo and its secrets - including the ones the Banished seek to unearth. It also explores Master Chief’s somewhat tense relationship with his new AI companion, who so happens to share a face with a homicidal rogue AI threatening to wipe out humanity for good.

The Weapon is friendly if naive, and only wants to help Master Chief on his mission - but the soldier can only see her as a symbol of his ultimate failure. That makes for a compelling dynamic between the two, even with all the Cortana fatigue you might have going into this story. Steve Downes and Jen Taylor are outstanding here, introducing new layers to characters they have played since the very first Halo. Master Chief is a character who says a lot in very few words, and Downes nails the delivery of each and every line spoken across his new mission.

Haven't I been here before? 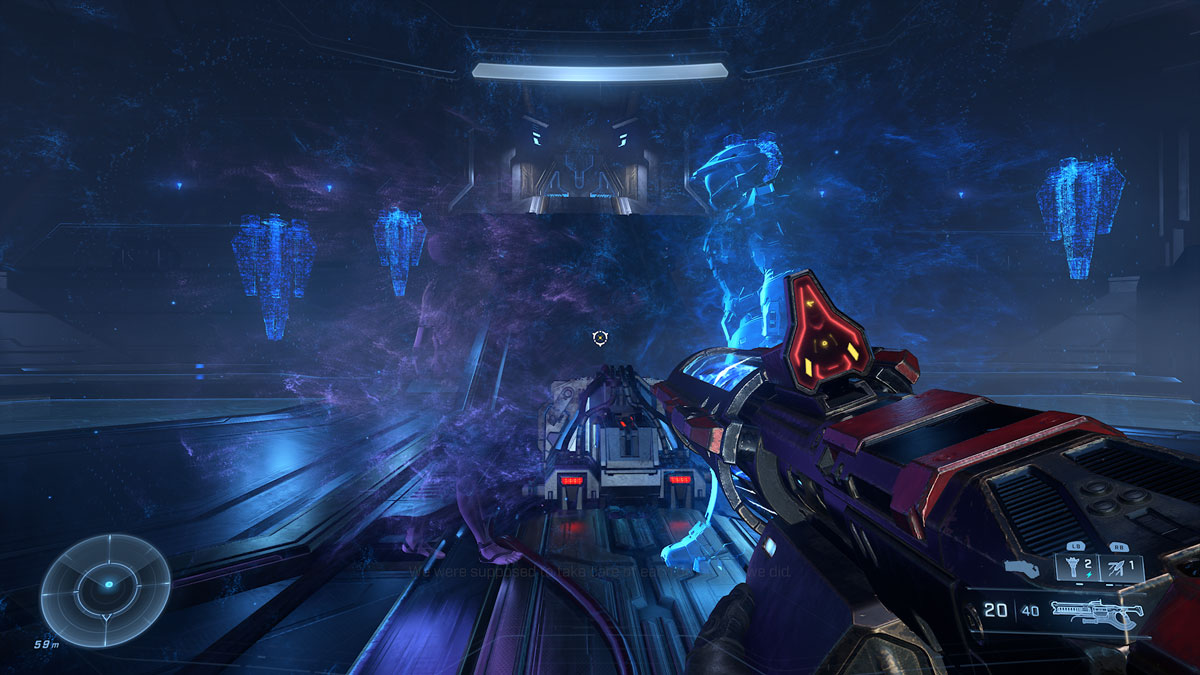 While Halo Infinite’s story campaign is certainly 343 Industries’ best so far, if only due to a more focused approach with likable characters, it falls short in enough key ways that I hesitate to call it truly great. Without spoiling anything, the overall story seems to serve as a way for 343 Industries to tie up all its loose ends while setting up the next big Halo arc at the same time - only the next big Halo arc seems like a contrived rehash of the first few games. We leave Master Chief in a new version of an old story, which isn’t as exciting a conclusion as 343 might think.

The big issue with this campaign however, lies in its ludicrous amount of repetitive environments. 343’s decision to turn the Zeta Halo into one big open world environment clearly came at a cost, and I’m not sure it was worth it. Too many of this game’s main missions put you through the same underground Forerunner levels, to the point that it can feel like you’ve been going through one long dungeon for hours on end, with the rooms and enemies simply swapped around. The game also lacks big, epic gameplay sequences that previous entries in the franchise had due to its wider, and somehow also smaller, scope.

On their own, these environments are actually beautiful. They elicit a sense of awe like all good sci-fi visuals do, from the alien architecture of Zeta Halo’s towers to the mechanical underground areas that shine with polished metal and pulse with blue energy. Give it a few hours however, and you’ll start to realise that this pretty much covers every place Master Chief explores throughout the entire game, and I’m speaking beyond reused assets. Entire levels are often copy-pasted wholesale into various missions throughout the game, and it doesn’t help that quite a few missions already consist of repetitive ‘Destroy this X amount of times’ objectives. Are you fighting the Banished or trapped in a time loop? Who can say.

This problem goes beyond the main missions and into the open world as well. Zeta Halo acts as a massively expanded version of Halo: Combat Evolved’s Silent Cartographer mission, and while it is beautiful to look at, it isn’t very interesting to explore. The entire open world area looks the same from every angle, without being split up into multiple biomes or unique points of interest. Just mountains and green fields, as far as the eye can see.

Write a Review
Compare This | Specifications
Beautiful open world with fun side activities
Grunts are just fantastic and hilarious
Master Chief is a great protagonist
Bosses do not pull their punches
Weapons, shooting, equipment are fantastic
Multiplayer modes are a ton of fun
Story campaign objectives are incredibly repetitive
Level design is very same-y across all missions
Main villain doesn’t feel threatening, and the Banished just aren't compelling
Multiplayer battle pass is an unforgivable grind
Lacking classic game modes
Our articles may contain affiliate links. If you buy through these links, we may earn a small commission.
Sponsored Links