The Pixel 4a is powered by a Snapdragon 730G chip, a mid-range octa-core SoC that is comprised of two different clusters – a high-performance cluster with two ARM Cortex-A76 cores clocked at 2.2GHz and a more power-efficient cluster with six ARM Cortex-A55 cores that can go up to 1.8GHz.

The Snapdragon 730G is actually a version of the Snapdragon 730 that has been optimised for gaming, which means it also has a higher clocked GPU that supports higher resolutions, in addition to support for Wi-Fi 6. The GPU is an Adreno 618 chip – compared to the version in the Snapdragon 730, it is clocked 15 per cent higher.

The Pixel 4a held its own in the benchmarks below, outperforming most of the other recent mid-range devices like the Vivo V19, Sony Xperia 10 II, but with the exception of the Huawei Nova 7 SE as it comes equipped with a Kirin 820 chip that currently packs more muscle than the competition. For a closer comparison against a phone with an identical processing subsystem, we've also packed in scores from the Oppo Reno 2, whose features peg the device as an upper mid-range device than a budget mid-ranger that is the Pixel 4a. 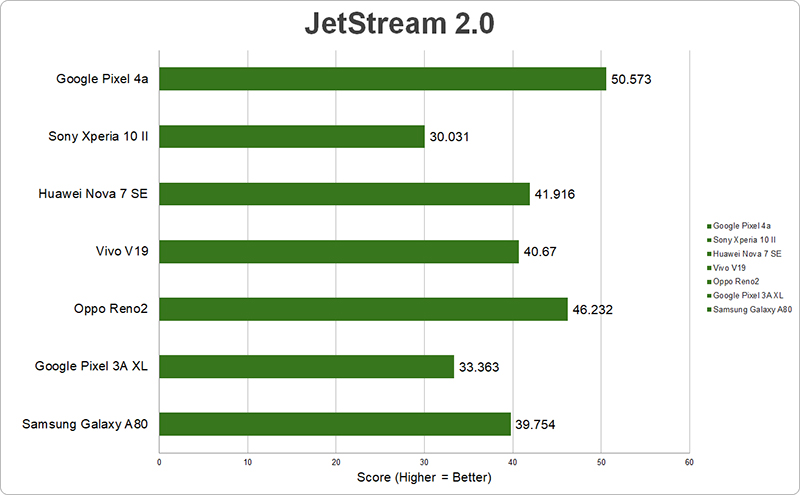 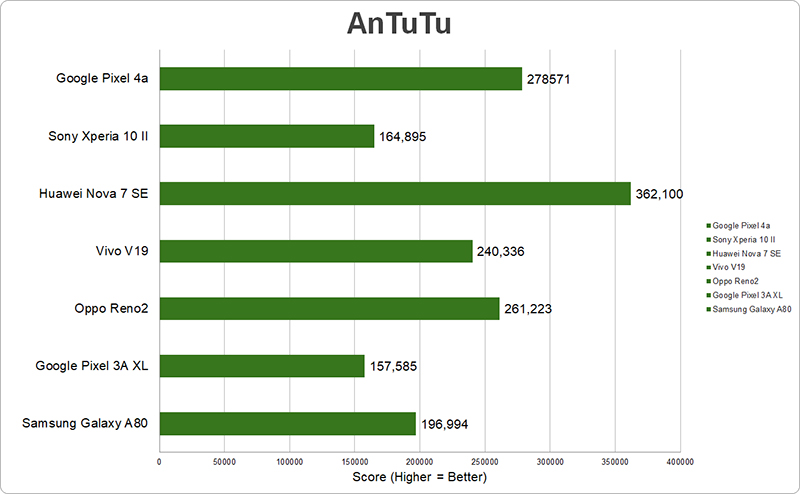 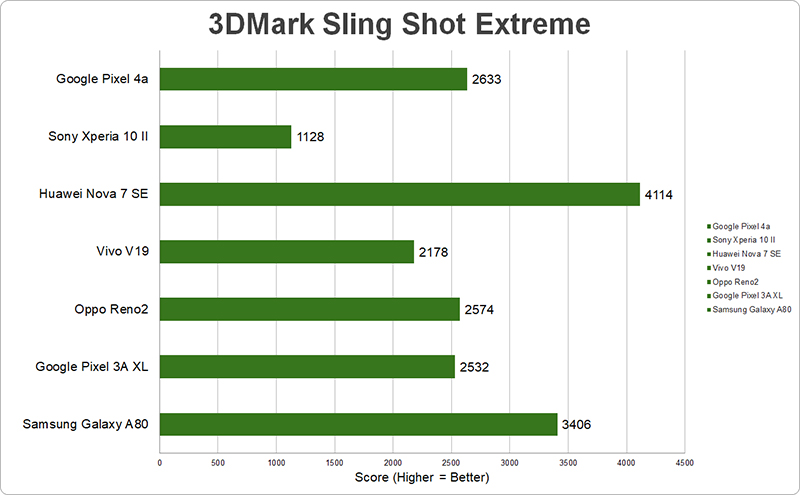 The Google Pixel 4a comes with a 3,140 mAh battery, which is actually larger than the tiny 2,800 mAh unit that came with the Pixel 4. In my time with it, the phone lasted me a full day of use with no issues, something which my Pixel 4 XL struggles to do one year on.

When it came to our battery life test, the Pixel 4a put up numbers in line with its battery capacity. However, it did manage to beat Oppo Reno2, which has an even larger 4,000 mAh battery. 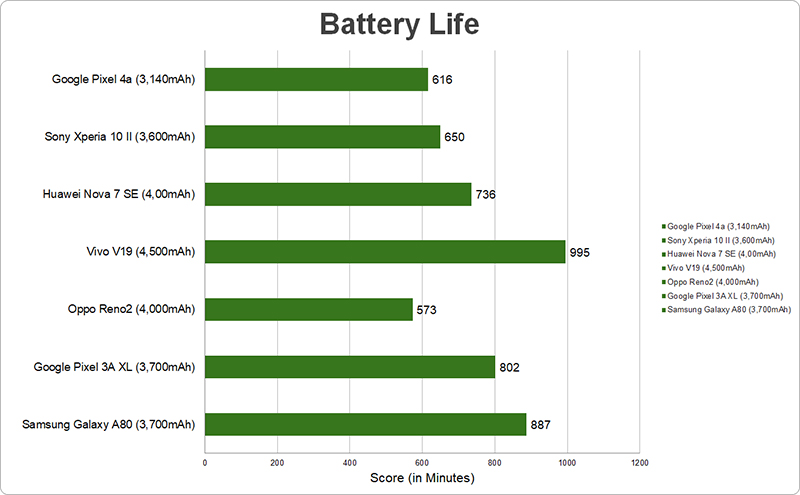 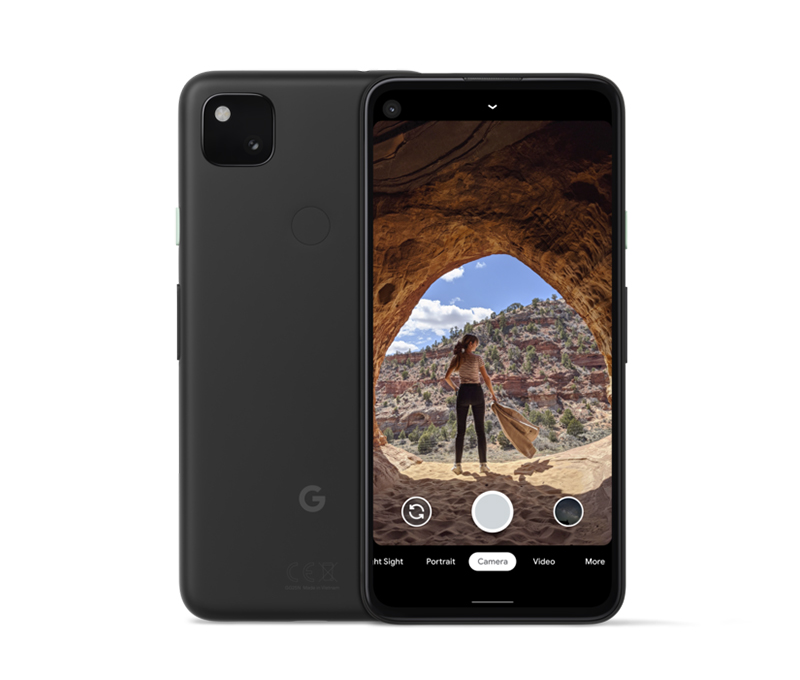 The Google Pixel 4a is an extremely competent mid-range device. You get all of Google's Android smarts, including the same upgraded and more contextually aware Assistant that Google first introduced on the Pixel 4, but in a phone that costs just S$499. Google has cut out all the fat from the Pixel 4 and distilled the phone down to its essentials. What's left is possibly the best phone Google has made in years, and one that deftly checks all the boxes when it comes to what makes a good phone, including great battery life, a solid camera, and reasonable performance.

The icing on the cake is the price. It's extremely attractive, and with 128GB of storage, I find it really hard to find anything to dislike about the Pixel 4a. This is a mid-range device, so it's missing luxuries like wireless charging, but it successfully sidesteps the persistent criticism dogging Google's Pixel line that it is always a step behind the competition, whether in terms of design or things like battery life. Google does mid-range phones well, and the Pixel 4a is an absolute winner at this price point. It even has NFC support so going the route of cashless payments is totally possible unlike some other competing mid-range phones such as Vivo V19 or the Huawei Nova 7 SE which we recently reviewed.

I fully expect this to be the best-selling Pixel yet, especially for Android purists.

That said, the timing of the phone's launch is a little unfortunate as the Pixel 5 is just round the corner, and with that expected to be a more affordable mid-range device as well, it'll be interesting to see how the two stack up against one another or if they end up cannibalising each other's sales.