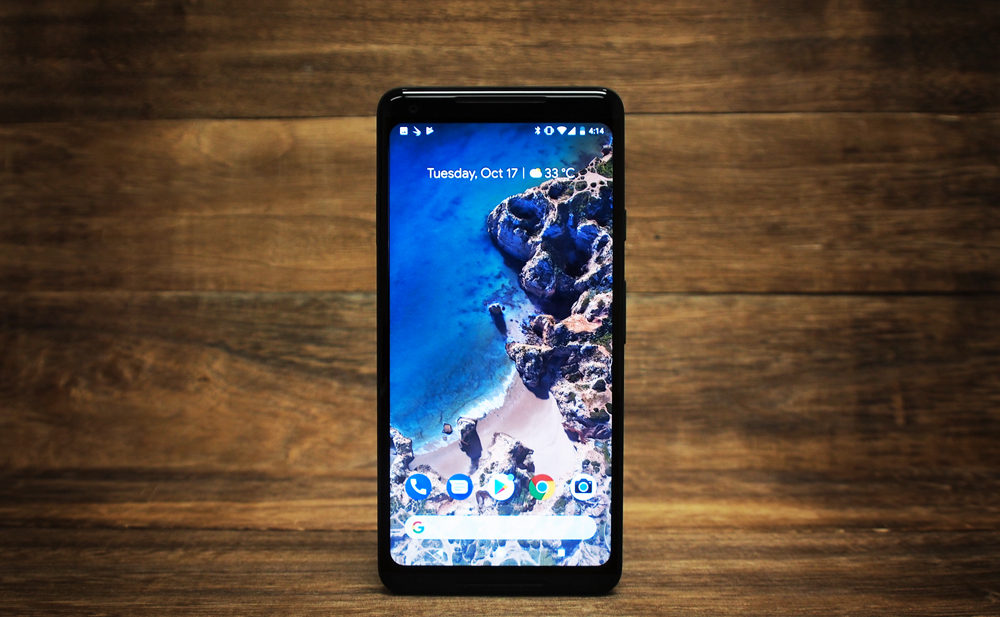 Last year, Google ditched its collaborative Nexus line in favor of its own 'Made by Google' Pixel series of smartphones. Unfortunately, the original Pixel lineup was never officially launched in Singapore, leaving us with a big gap in the market when it came to pure Android smartphones.

This year, Google is back with the second-generation of Pixel smartphones, and finally, one of them - the Pixel 2 XL - is coming to Singapore. The 6-inch smartphone has an 18:9 aspect ratio pOLED QHD+ display and is powered by a Qualcomm Snapdragon 835 processor. And of course, it's the first phone to launch on pure Android 8.0 Oreo.

However, that still doesn't mean it will be easy to get one. The Pixel 2 XL will launch on 15th November exclusively through Singtel with pre-orders starting on 8th November. And Singtel's price plans will only be out next Friday, 27th October. You can register your interest here. It's unknown at this time if Singtel will be open to selling the device without a contract. 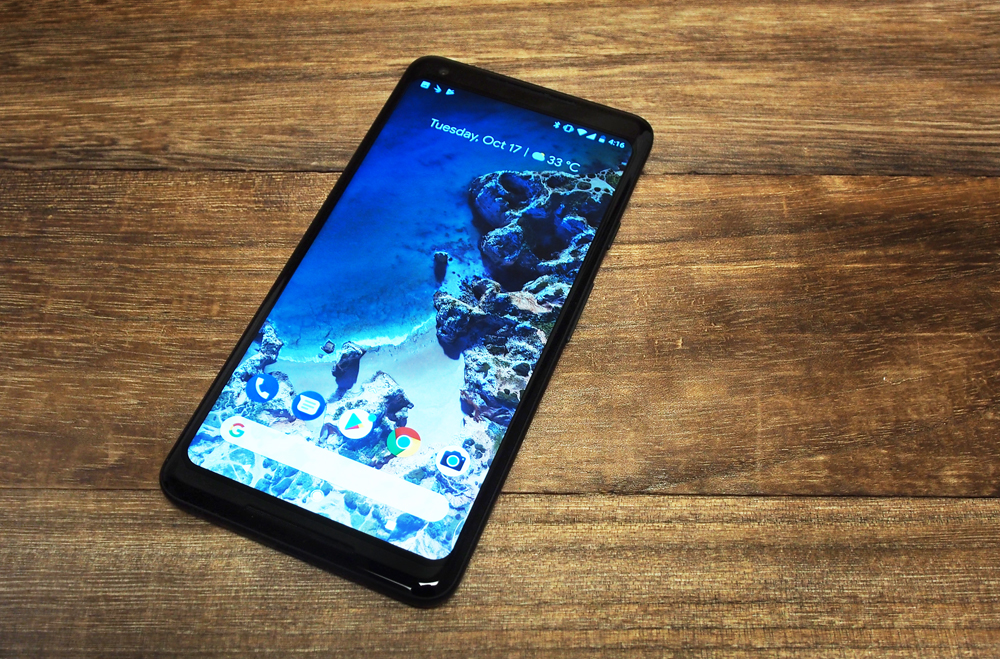 Unlike last year, the Pixel 2 XL is more than just a bigger version of the Pixel 2. Manufactured for Google by LG, it gains admission into the tall screen club with its 6-inch display with an 18:9 aspect ratio and rounded corners. Google doesn't seem too interested in joining the current all-screen, edge-to-edge display race, because boy, the Pixel 2 XL is proud of its forehead and chin. The XL’s side bezels are a bit weird too, not so much because they look 3 to 4mm thick, but because the display is flat and doesn't curve on its edges like the 3D Gorilla Glass 5 overlaying it does. In short: no, the Pixel 2 XL doesn't look like the LG V30 or the Samsung Galaxy S8/S8 Plus.

Like most flagship smartphones these days, the Pixel 2 XL is dust and water resistant, with an IP67 rating, which means it can survive in up to 1 meter for 30 minutes.

The back panel of the phone is flat, with a piece of glass adorning a section at the top for wireless signals to pass through and for you to better orientate the phone in the hand. Unlike last year’s Pixels, this glass piece doesn't extend past the Pixel Imprint fingerprint sensor, rendering it a smaller fingerprint/grease/whatever-gunk-you-have magnet this time round. Between the Pixel 2 XL and the iPhone 8 Plus, the Pixel 2 XL is marginally easier to handle, in large part due to the symmetry between the front and back, and whatever that coats the metal back and frame to give it that non-slippery, slightly textural feel. 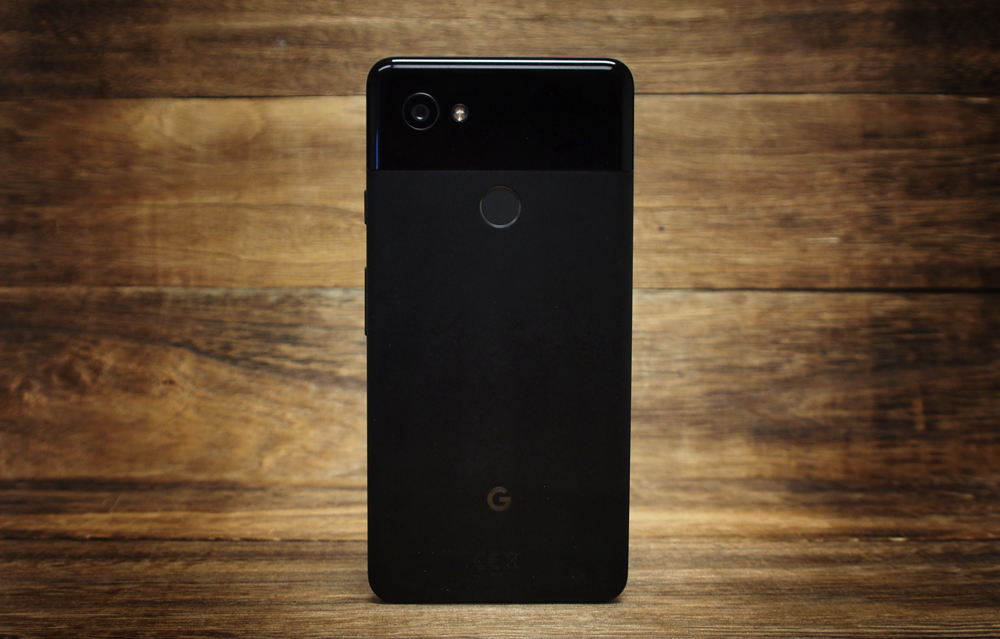 And since two materials have to be used for the back, Google might as well make it stand out. And it did. While our review model is the safer monotone "Just Black" color option, we're more fond of the black/white back + neon orange power button combo "Black and White" version. (Seriously, we think "Panda" is a better name.) As more phone makers move to dual-camera setups to power pseudo-optical zooming and bokeh tricks, Google has stuck to a single rear camera setup on the back of the Pixel 2 XL, with a 12.2-megapixel, f/1.8 module. And who can blame Google: the 2016 Pixel’s camera was highly rated on DxOMark and is often cited (along with unlimited, full-resolution Google Photos storage) by users as the best reason to get the phone. Amazingly, you're not even missing out with the Pixel 2 XL's single camera, as Google has figured out a way to do bokeh with just a single camera lens, which means you can even get bokeh effects on the front camera. More on this on page two. The upgraded camera also has optical image stabilization. There is a slight downside though: all of these upgrades have resulted in a camera bump. On the left side there's a single nano-SIM card tray. Do note that the Pixel 2 XL doesn't have a micro-SD card slot, which means you're stuck with internal storage only. Furthermore, Singtel will only be selling the 64GB version locally, which isn't a lot of storage space.

On the bottom of the phone you'll find a single USB Type-C port. Yes: just like Apple, Google has ditched the 3.5mm headphone jack, but you do get a bundled USB-C to 3.5mm dongle included in the box, and the Pixel 2 XL also supports Bluetooth 5.0 for wireless audio. Google's Pixel phones are also the only phones to work with the new Pixel Buds earphones' real-time translation feature. The Pixel 2 XL has a 6-inch 2,880 x 1,440 pixels resolution (~538ppi) QHD+ pOLED display. If you're wondering what the 'p' stands for, it's plastic. pOLED is a display technology made by LG, and it uses a plastic base layer instead of glass like most OLED panels, making it thinner, lighter, and less expensive to manufacture than regular glass OLED panels. LG's V30 uses exactly the same 6-inch pOLED display. Prior to that, the last time we saw a pOLED display was two years ago on LG's G Flex 2. The likely reason we haven't seen a pOLED display for a while is because the G Flex 2's display was plagued with problems. Unfortunately, some of those problems are still present with the Pixel 2 XL, with noticeable screen graininess that makes the display look hazy - it's especially obvious at low brightness settings. And while colors themselves are nice and vibrant, gradations between colors show some banding issues. There's also a noticeable blue tint when viewing the screen off angle (you can see this by looking at the display in the above pictures showing the side buttons and USB port). Finally, the maximum brightness is a little low, although this is only really a problem when trying to view the screen under bright sunlight. Now to be fair, many of these issues aren't even noticeable unless you look at the display closely, and I imagine a lot of people will not even see them.

Google has also added some nice software features to the display. It's now an always-on Ambient Display, which means, like the LG G6 and Samsung Galaxy S8, the time, date and any notifications will be displayed whenever you're not using the phone. But by far the coolest display feature is Now Playing , which can identify any music playing - think of it like Shazam running on your phone screen 24/7. Oh, and just in case you're worried about the Pixel 2 XL always listening and Google spying on your conversations, Google has assured us that no data is transferred for the Now Playing feature. Instead, it relies entirely on locally-stored metadata, which means you can even use it in airplane mode!

Audio on the Pixel 2 XL comes from new front-facing stereo speakers at the top and bottom of the display. Sound quality is excellent and reminds me a lot of the old HTC BoomSound speakers. There's plenty of volume and a generous amount of bass too.

Naturally, the Pixel 2 XL runs on Android 8.0 Oreo, with its own Pixel Launcher to set it apart, UI-wise, from other Oreo handsets. The most obvious departure from last year’s Pixels is the removal of the “G” search pill on the new-look homescreen, which now has a full-width Google Search bar (rounded corners!) sandwiched between the dock of icons and navigation keys at the bottom. I’m ambivalent about this change, but for those who outright reject it, there’s always third-party launchers. As before, you can long-press the home button to summon Google Assistant, long-press the circular app icons to bring up shortcut items, swipe right to get to the Google app, double press the power button to launch the camera, and swipe up from the bottom of the screen to reveal the app drawer. And if you’re adamant about one-handed use, you can configure the phones to bring down the notification panel when you swipe down on the fingerprint scanner. One feature I never thought I'd see on another phone is squeezable sides. Google's version is called Active Edge, and it's basically a lite version of Edge Sense on the HTC U11 (Google, of course, recently acquired HTC's smartphone team). Active Edge lets you squeeze the bottom half of the phone to launch Google Assistant, which you can do whether the phone is on or off. If you have an incoming call, you can also squeeze the phone to quickly silence it. Unlike Edge Sense, you can't remap the squeeze function to do anything else, and there's no difference between a short and long squeeze. Think of it more like a dedicated Google Assistant launcher rather than an extra input option. Speaking of Google Assistant, Google says support for Singapore English (Singlish, too?) will be included in the phone when it launches. Unfortunately, it's not available in our review unit, so we weren't able to test it.

The Pixel 2 XL will also be the first phone to support Google's exciting new Lens AR feature. If you haven't seen this before, it's somewhat similar to Samsung's Bixby Vision feature and uses a blend of augmented reality tech and image recognition to identify objects you point the rear camera at. So simply tap the new Lens button for an existing photo to discover new data or get actionable options. For example, if it's a photo of a building, you will get more info about the place; and if it's an invitation with phone numbers and links, you'll get options to create new contact and event entries. For now, Google Lens will live in Google Photos, but Google says support in Google Assistant is coming later this year.