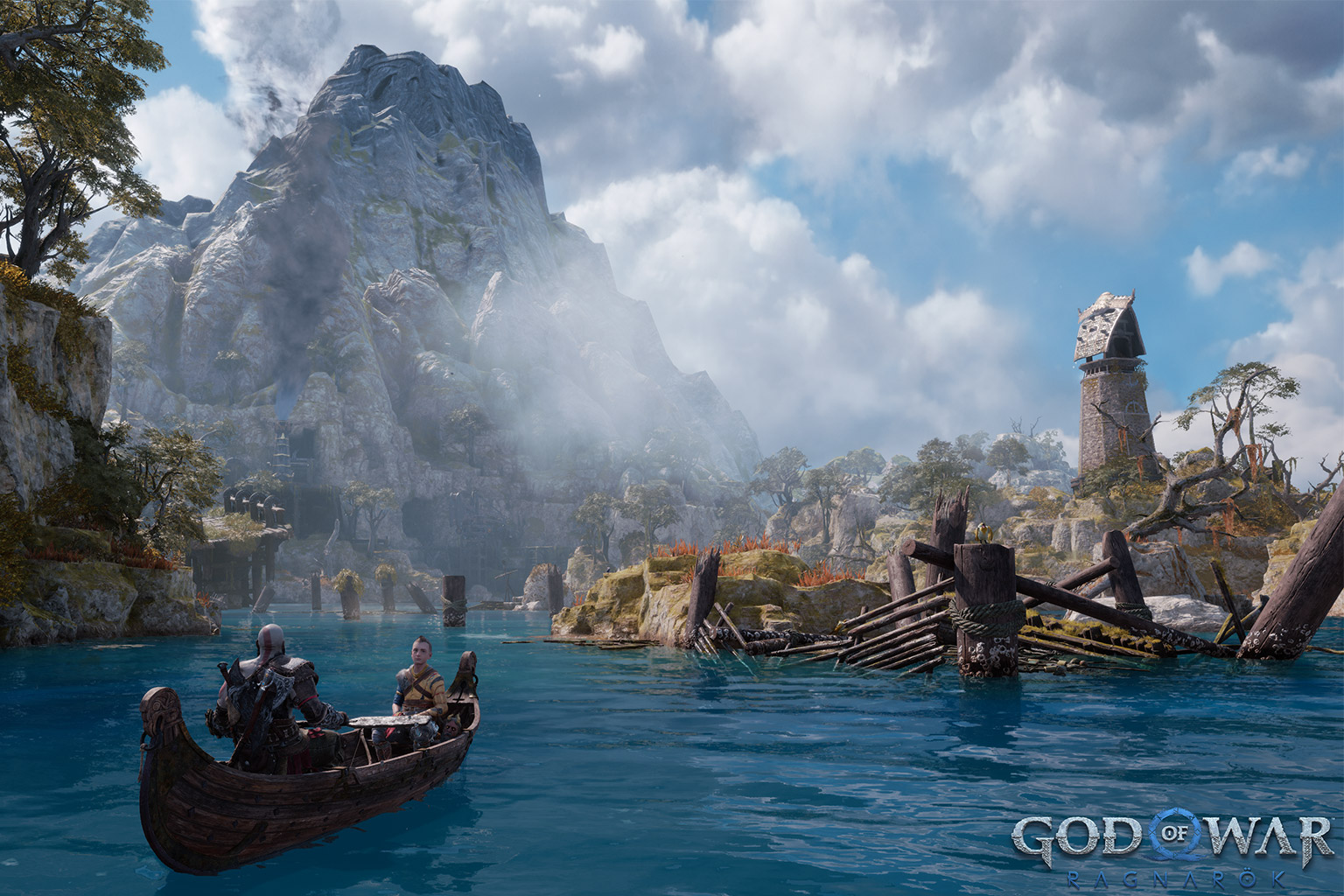 It’s 3am and I am sitting in front of the TV, absolutely frustrated about having to solve yet another puzzle. On the screen, my Kratos hurls his Leviathan Axe at the intended target to no avail, as the game’s finicky interface refuses to trigger the next step of this brain teaser. And yet, I am so eager to find out what happens next in the story, that I refuse to give up. This essentially sums up my entire experience with God of War: Ragnarok.

A game four years in the making, Sony Interactive Entertainment’s latest instalment in the God of War series is a continuation of its Norse mythology saga, and has been much-anticipated by fans. This newest game takes gamers back to where the previous God of War title (released in 2018) left off, and continues the story of our main protagonist Kratos and his now-teenaged son Atreus, as they continue their resistance against Odin and try to prevent Ragnarok. 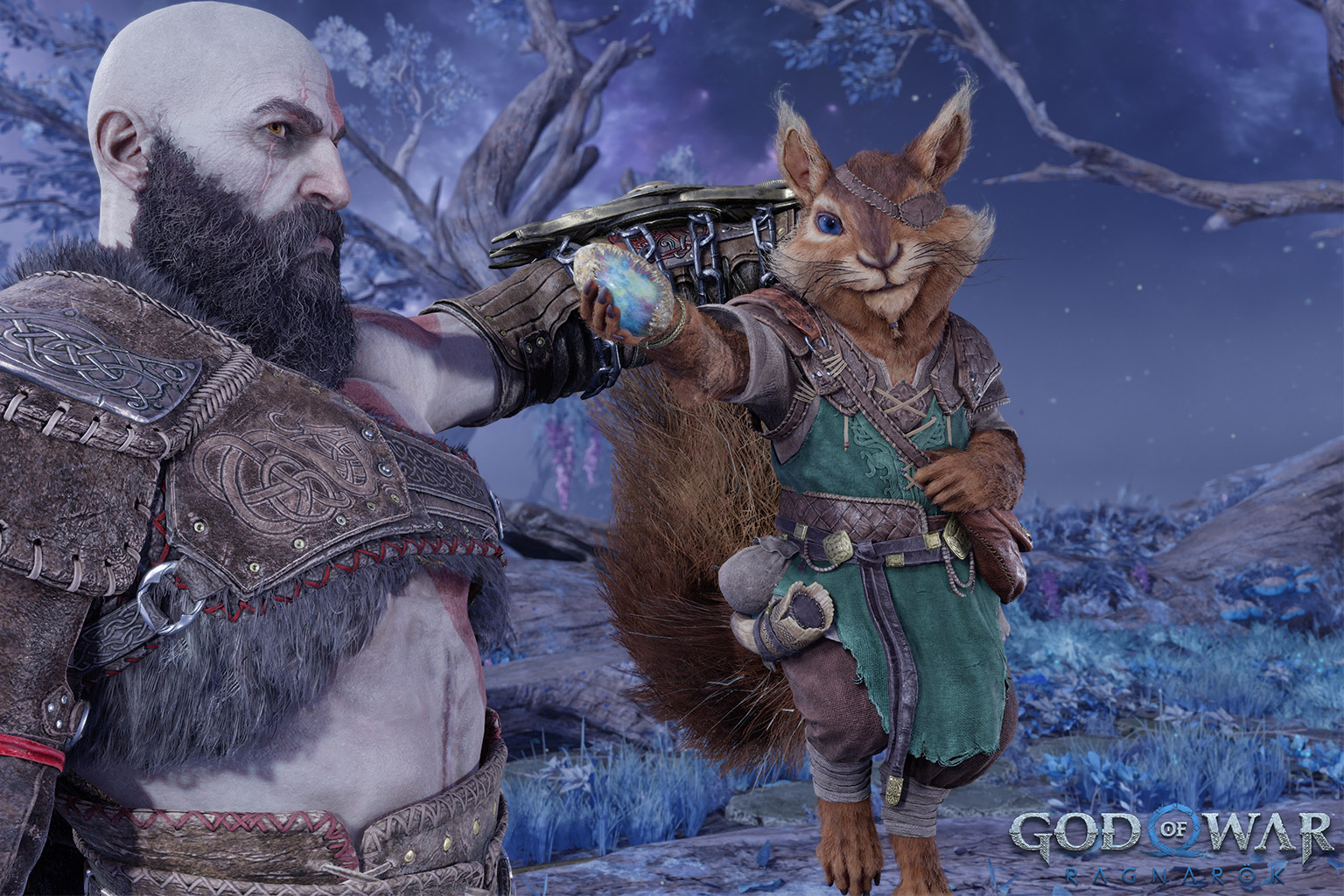 The story takes you through many different realms, all of which boast breathtaking environments to explore and battle in. The semi-open world nature of this game also means that besides getting access to places and dungeons that are part of the main storyline, players also get a pretty generous area in most realms that they can freely explore for resources or take on side-quests.

My only gripe is that despite being so absolutely beautiful, the in-game environs can feel a little too sterile and lifeless. Granted, most of the places that Kratos and his gang end up exploring are often infested with monsters, so one wouldn’t expect to find villagers or other folk. But I was hoping that some of the free-exploration areas, such as the dwarf realm of Svartalfheim, could be a little more lively and immersive. 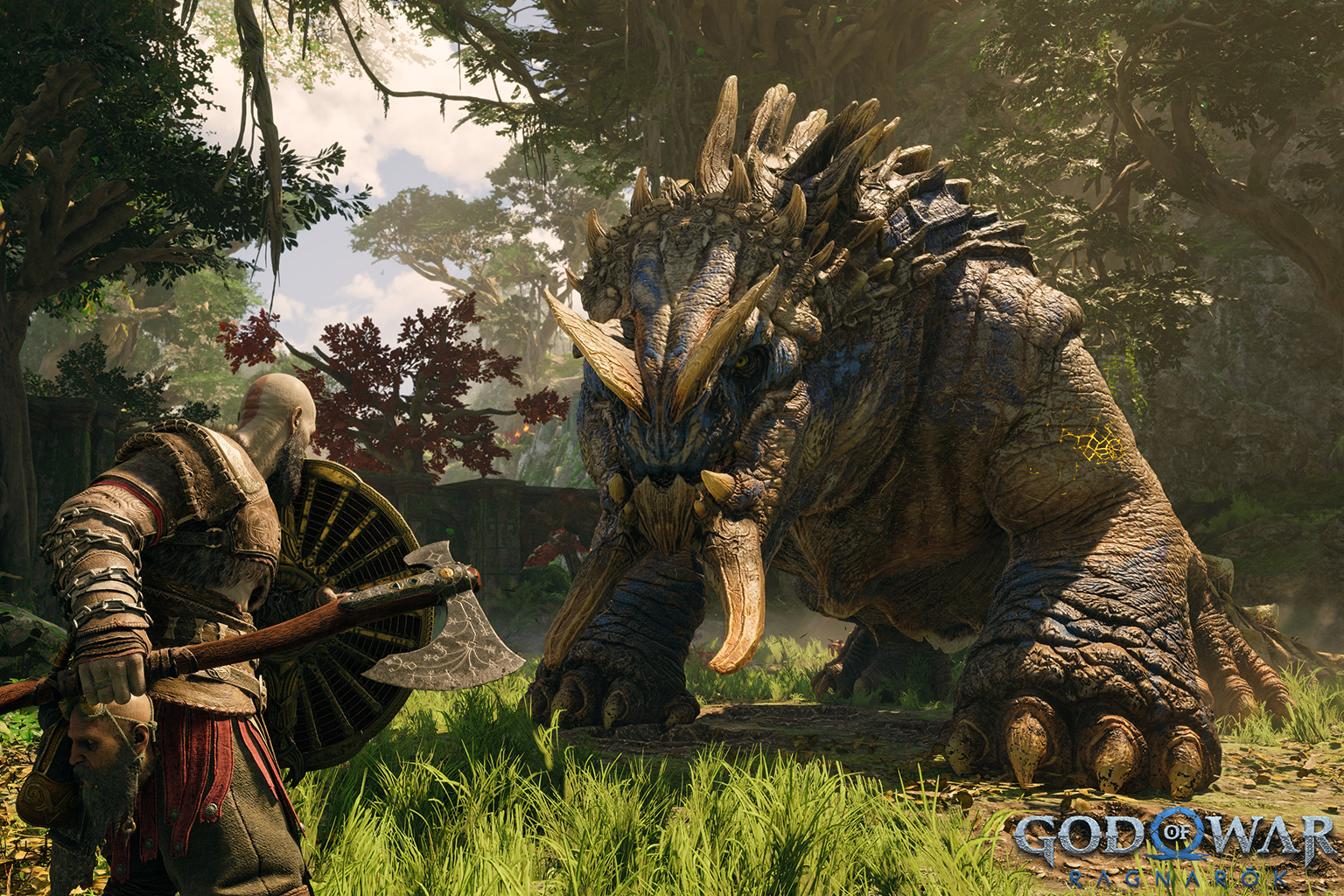 The God of War series has always been known for its solid combat, in-game puzzles, and great storytelling. Most fans will also have their favourite features amongst these three, and I’m partial towards God of War: Ragnarok's exciting combat and very addictive story.

While I do enjoy solving puzzles in the game’s dungeons, they can come across as a little repetitive and tiresome after a while. I also felt that some dungeons contained too many puzzles, which broke the flow of the story and combat. It did not help that the game’s user interface can be a little finicky at times as well, and doesn’t trigger the puzzle-solving action even though one is in the right place, executing the right action, at the correct angle. Other times, the game requires players to perform a special move, but instructions or hints can be cryptic at best.

In all, these can make puzzle solving a little frustrating at times: I was perfectly fine with taking on a challenge to solve a puzzle, but not knowing exactly what the game needs me to do? Not so much. It would be great if the game makers could add a “skip puzzle” function, which is now found in many other adventure games. I would love to replay God of War: Ragnarok sometime, but I am not looking forward to going through the puzzles again. 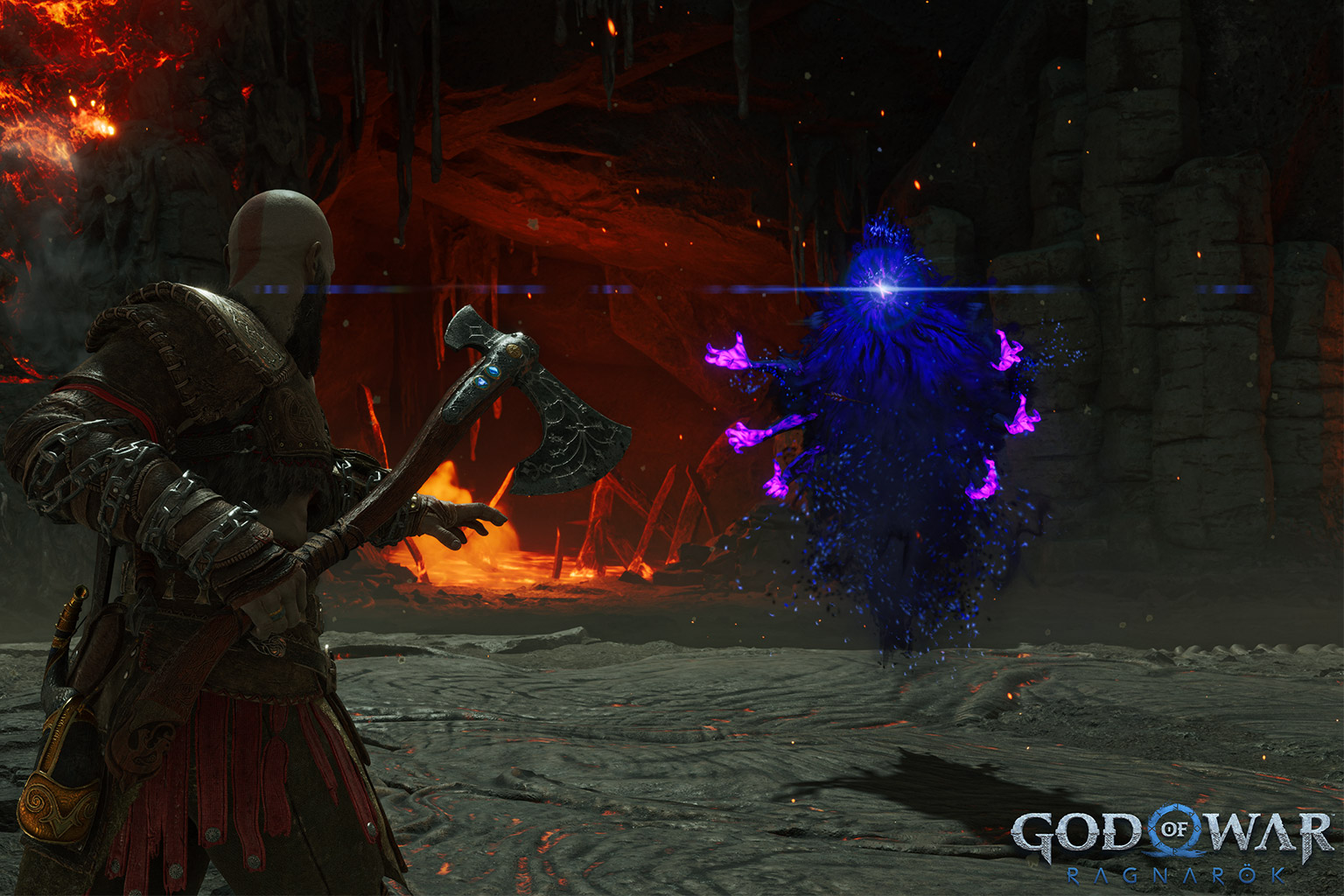 Thankfully, the game’s awesome battle system and outstanding story more than make up for the less-than-stellar puzzles in God of War: Ragnarok. Fans of the series will be glad to know that besides the protagonist Kratos, his son Atreus is among the other playable characters. The game’s combat system is robust, letting players craft and customize their characters’ weapons, armour, and accessories, using resources salvaged from the different dungeons and open exploration areas. New moves and more powerful ones can also be purchased with experience from a robust skills tree.

Gamers can look forward to plenty of exciting, epic battles throughout the game, sometimes when one is least expecting it to happen. People who want to take their in-game combat skills to a higher level will be happy to know that spending time learning all the different skills do pay off in battle (hint: crank up the difficulty level for a more immersive experience). But those who are less focused on the fighting can also be reassured that mastering a few select skills can take you through the game without too many problems as well. 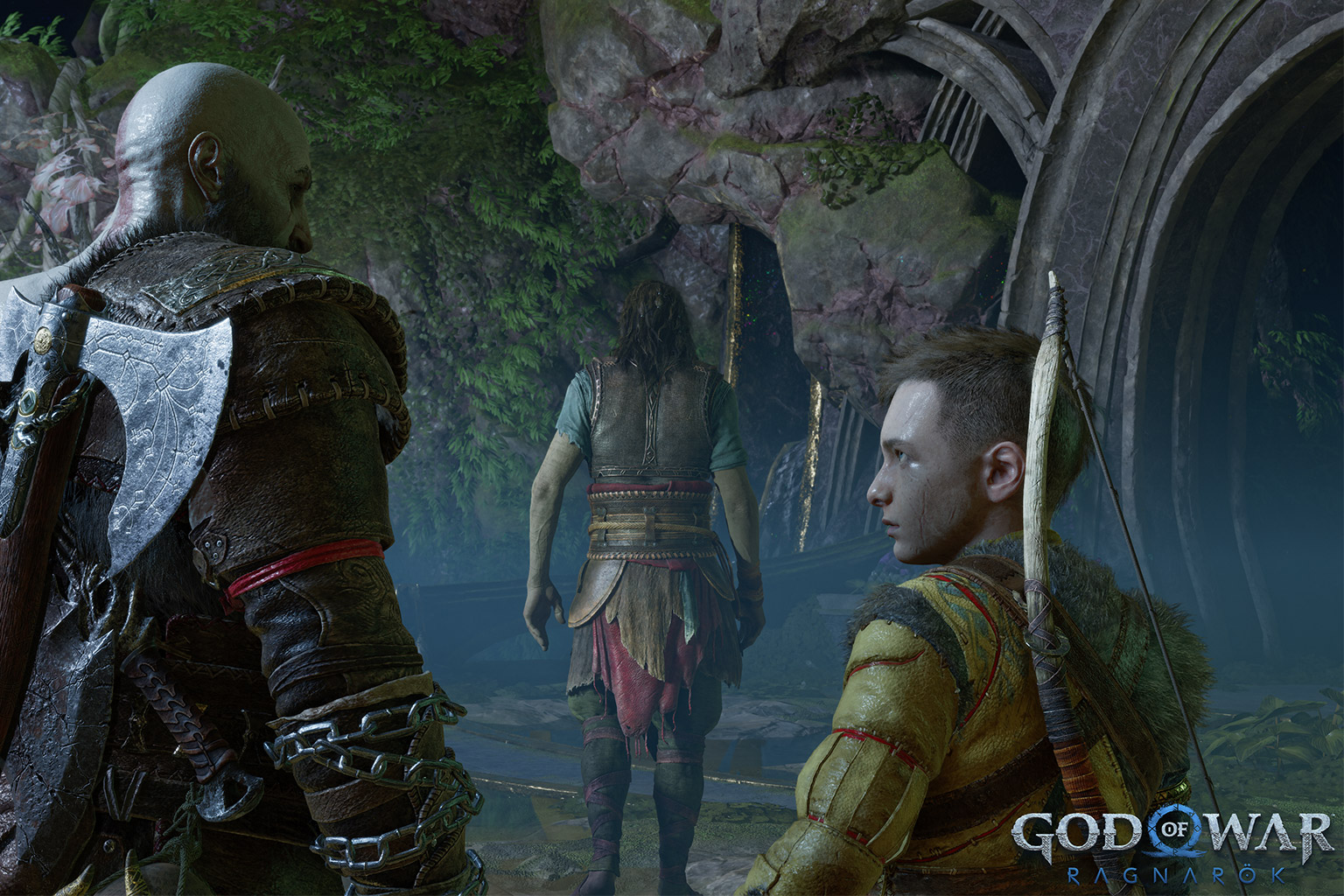 And this brings us, finally, to God of War: Ragnarok’s story, also my favourite part of this game. The single-shot cinematography, beautifully choreographed cutscenes, and outstanding voice acting really makes this game worth your time to play.

In God of War: Ragnarok, Kratos goes through the parental rite of passage that is dealing with his teenage son, Atreus. The character development of both Kratos and Atreus is touching, both heartbreaking and a joy to watch. Other key characters, such as Vanir goddess Freya, decapitated talking head Mimir, and the dwarf brothers Sindri and Brok, all add to the epic saga that is God of War: Ragnarok’s gripping tale.

Fans of the series should definitely have God of War: Ragnarok on pre-order already; if you like the previous titles, you will love this one even more. For those who are new to God of War, this game is a great adventure title that promises about 40 hours of solid, comfort monster-slaying action, all packed into an amazing tale about Norse gods, family, friendship, and the undying love of a father.

Write a Review
Compare This | Specifications
- Fantastic story telling
- One of the best-looking PS5 game
- Great combat
- Skills and upgrades can be tedious to manage
- Too many puzzles
Our articles may contain affiliate links. If you buy through these links, we may earn a small commission.
Sponsored Links