That said, the Gigabyte board recorded the lowest VRM temperatures, but the highest PCH numbers. The board does come with a fan under its I/O shield for the express purpose of lowering VRM temperatures, so it’s good to see this paying off in practice. 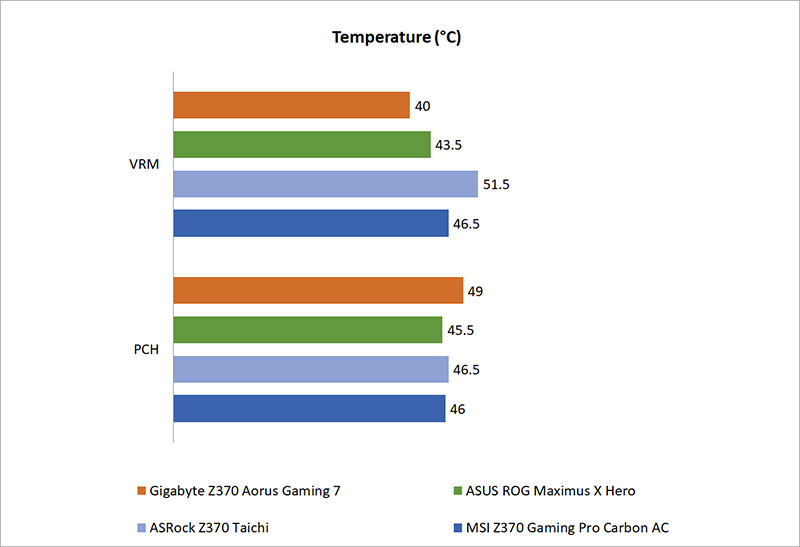 The Gigabyte Z370 Aorus Gaming 7 fell somewhere in the middle of the pack. It uses a 10-phase power design for both the CPU and iGPU, the same as the ASUS and MSI motherboards.

Still, even though it consumed marginally more power than the latter two, it did better than the ASRock board. The ASRock Z370 Taichi has 12 phases dedicated to both the CPU and iGPU, so it should in theory have better power efficiency and better power regulation. As a result, it’s to the Gigabyte board’s credit that that wasn’t the case. 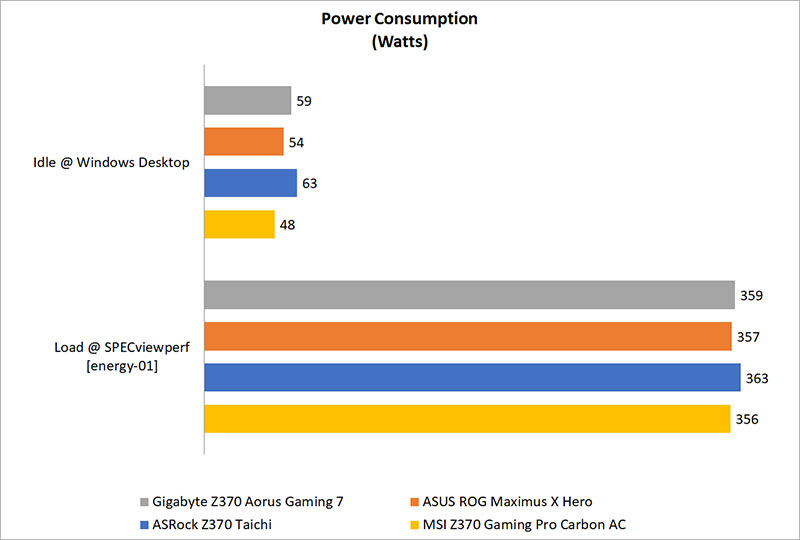 The Gigabyte Z370 Aorus Gaming 7 enabled us to achieve the highest overclock here, and we were able to push the CPU to a high of 5.2GHz. Having said that, it’s important to note that this didn’t necessarily mean the absolute best performance, as the ASUS ROG Maximus X Hero squeaked ahead in Cinebench R15, despite managing a top speed of “only” 5.15GHz.

I also had to play with the LLC levels of the board to get it to perform at its best, eventually settling on the High setting. In a nutshell, LLC, or Load-Line Calibration helps reduce Vdroop, which is the drop in CPU voltage as load increases. This means a less stable vCore, which doesn’t bode well for overclocking stability, and a higher LLC level helps combat that.

Finally, I’d have preferred to see settings for the CPU, DRAM, and voltage located on the same page in the BIOS settings, as opposed to sequestering each of them under a different header.

But overall, the Gigabyte board’s performance shows that it is clearly one of the best Intel Z370 motherboards you can get if you intend to overclock, far outclassing its MSI and ASRock counterparts. 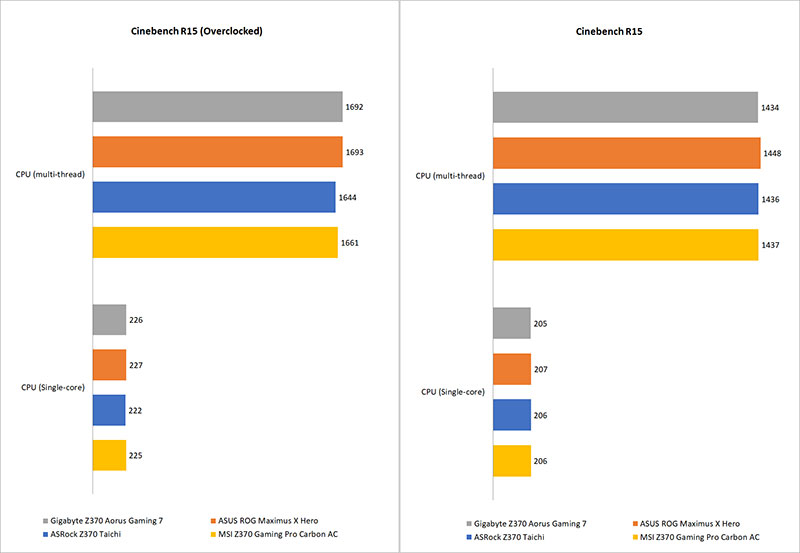 Write a Review
Compare This | Specifications
Excellent overclocking performance
Plenty of customization options and support for addressable LEDs
Good selection of features for its price
No onboard Wi-Fi
Our articles may contain affiliate links. If you buy through these links, we may earn a small commission.
Sponsored Links