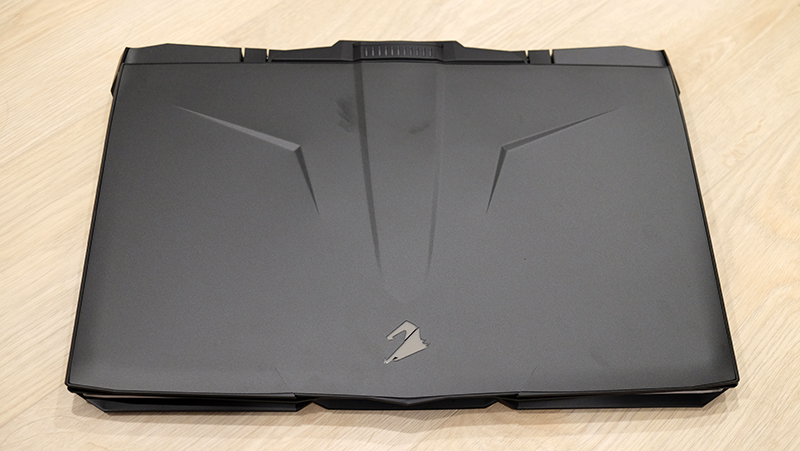 The Aorus X9 DT is an absolute beast in benchmarks, outperforming just about everything we've tested so far. However, it's also possible that it's too powerful, because all that bleeding-edge hardware has necessitated a chassis so large and heavy (compared to the new class of portable gaming notebooks) that it doesn't have much use outside of being a desktop replacement.

I don't mean to undermine what the Aorus X9 DT does well. Compared to something like the MSI GT75VR 7RF Titan Pro, the Aorus laptop is relatively thin and has pretty decent battery life. However, that doesn't change the fact that if I were to drop S$5,999 on a super big and heavy laptop that I can barely fit into my bag, I could consider spending that money on a desktop. Not to mention, the notebook's cooling system can get noisy enough that it necessitates using headphones for gaming.

The case for a desktop replacement notebook

However, I can see the Aorus appealing to power users with very specific needs. For instance, maybe you attend frequent LAN parties and want to take a powerful rig along with you all the time. In that case, I can see the Aorus X9 DT coming in handy for those who want the best possible performance in a laptop form factor.

It's also great for those who are really short on space to house a large screen and a desktop, plus the associated cable clutter, like if you're staying put in a dormitory. For this group of users, having a desktop replacement notebook that offers top-notch performance and a large built-in screen, while being able to easily stow it all away when not required is a big plus point.

Outside of these use cases, the Aorus X9 DT is a niche product for a specific audience. It is blindingly fast, but the additional performance it offers over something like the Razer Blade and its GeForce GTX 1070 Max-Q may not be quite worth the drastic increase in price. In the current day and age of Max-Q capable notebooks, many of them now offer a tantalizing combination of performance and portability. Furthermore, the GeForce GTX 1070 Max-Q is perfectly capable of playing any game at 1080p resolution.

Let's not forget that there are also much more compact machines with plenty of power and almost equivalent amount of connectivity options from the likes of the Acer Predator Titan 700 or the ASUS ROG GX501 Zephyrus - both of which are outfitted with a GeForce GTX 1080 Max-Q GPU and cost about as much as the Aorus X9 DT.

So what really makes the Aorus X9 DT or any other equivalent desktop replacement class machine stand out? Extreme performance. In addition to the performance figures seen from GeForce GTX 1070-class notebooks, take a peek at where the GeForce GTX 1080 Max-Q stands. It's clear that the Aorus X9 DT delivers much more performance, but the question is whether you would really ever need it on a 1080p resolution screen. Secondly, the large 17.3-inch screen is a treat for notebook-class gaming and bodes well for those who want the biggest, wicked notebook they can lug around or drop a powerful machine on their work desk without occupying a large footprint.

The Aorus X9 DT is not a bad product. It's a powerhouse that's actually reasonably slim. It's just that it is for gamers on the fringes who want the best performance that a laptop has to offer and have the cash to spare.