Here's a look at the systems we're comparing:

I'll be comparing the new Razer Blade Stealth 13 and its GeForce GTX 1650 Max-Q against the Blade Stealth paired with the Gaming Box. In addition, the Aftershock Forge 15 Pro and Razer Blade 15 have been included as well to show how the Gaming Box and ultrabook combination stacks up against more conventional gaming laptops with a GeForce RTX 2060 and 2070 Max-Q.

The Razer Blade Stealth 13 and Aorus RTX 2080 Ti Gaming Box combination leapt to an 18 per cent lead over the Blade Stealth 13. That's mostly owed to the vastly improved gaming performance though, as the laptop and gaming dock combination oddly saw a decrease in Essentials and Productivity scores. 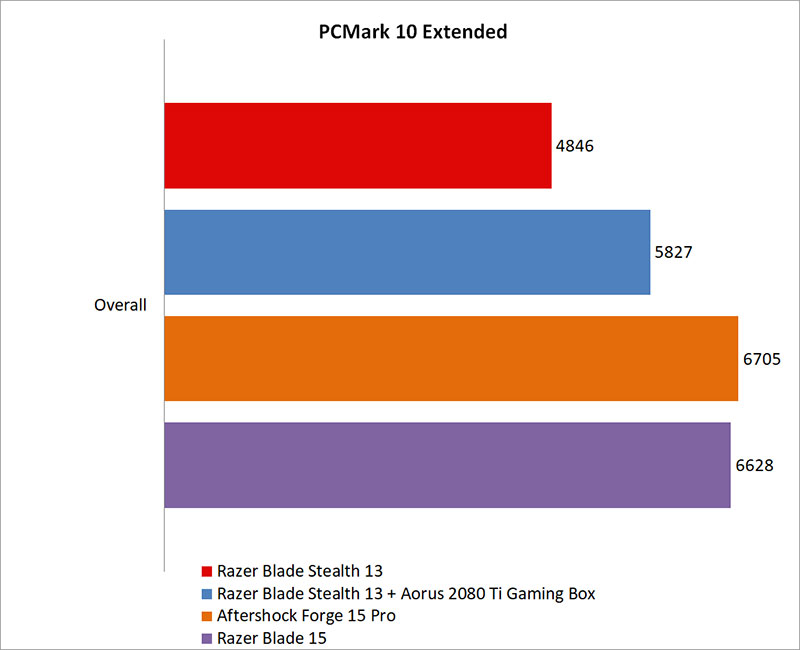 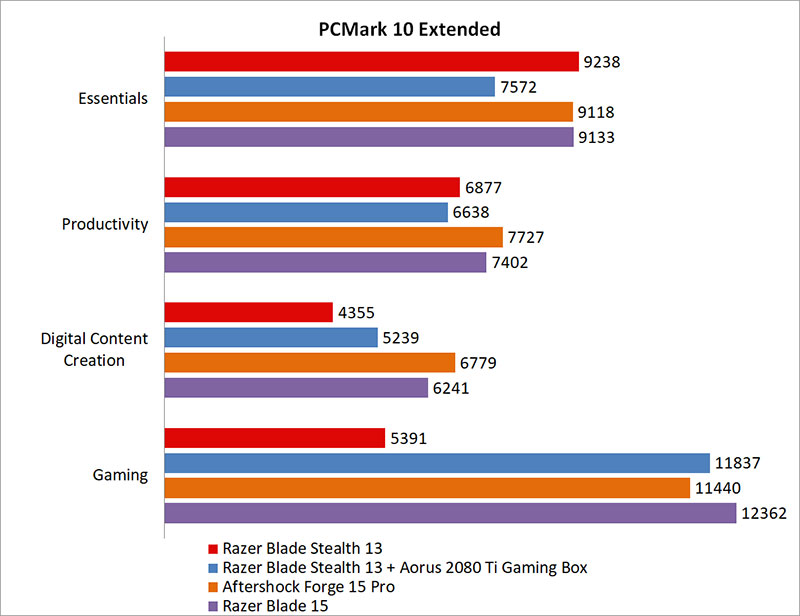 In games however, the limitations of the Core i7-1065G7 start to become very clear. In Deus Ex: Mankind Divided, the Gaming Box helped the Blade Stealth 13 improve by a solid 81 per cent at Ultra settings, but you'll also notice that the results were practically unchanged at High settings, a typical sign of the CPU being a bottleneck.

In fact, the amount of improvement you see is pretty much dependent on how important CPU performance is to the game in question. In Far Cry 5, which isn't particularly GPU-intensive, the Gaming Box saw just a 20 per cent boost in performance. It's not terrible, but it's also a lot less impressive than we saw in Mankind Divided. On the other hand, Metro Exodus and Tom Clancy's The Division 2 seem to stress the GPU a lot more, and the Gaming Box recorded a 106 and 67 per cent increase respectively. Shadow of the Tomb Raider saw a 43 per cent increase at Highest settings.

Separately, I should also point out that you almost never see the Blade Stealth 13 and Gaming Box combo overtake the Blade 15, which has an Intel Core i7-9750H and GeForce RTX 2070 Max-Q. This only happens at Extreme settings in Metro Exodus, which is a particularly GPU-intensive title. This further shows how much the Core i7-1065G7 constrains the GeForce RTX 2080 Ti.

It's also likely that the Thunderbolt 3 interface is limiting the GPU's performance. After all, you get just four PCIe 3.0 lanes, compared to the usual 16 on a desktop. 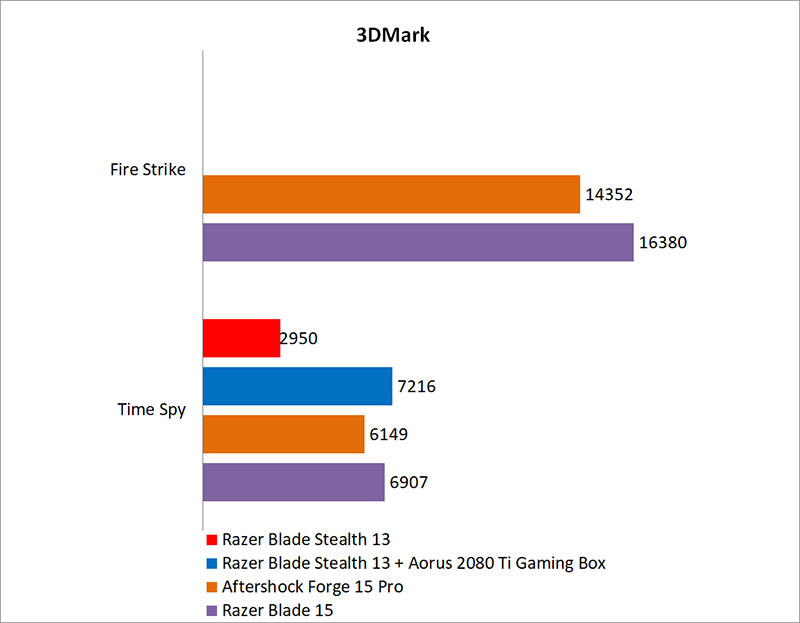 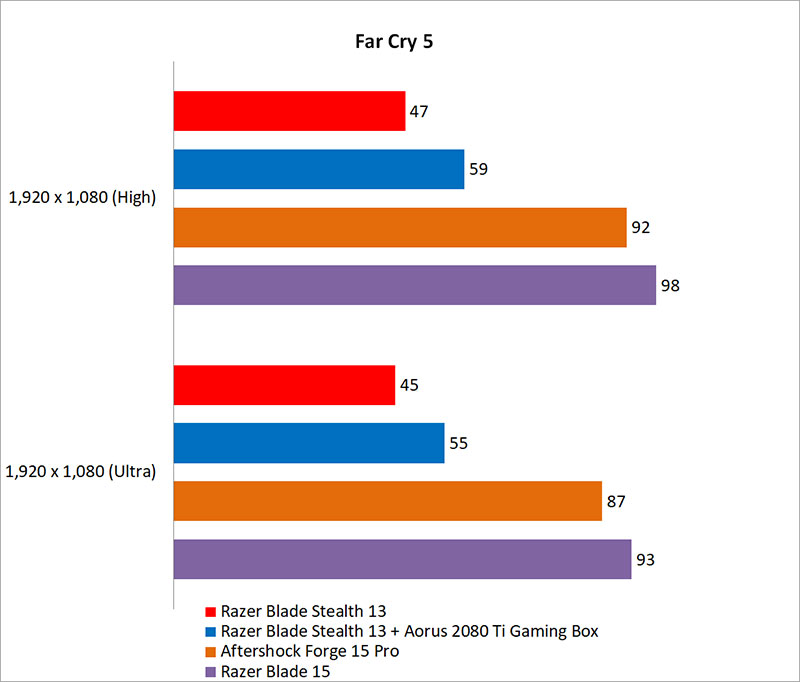 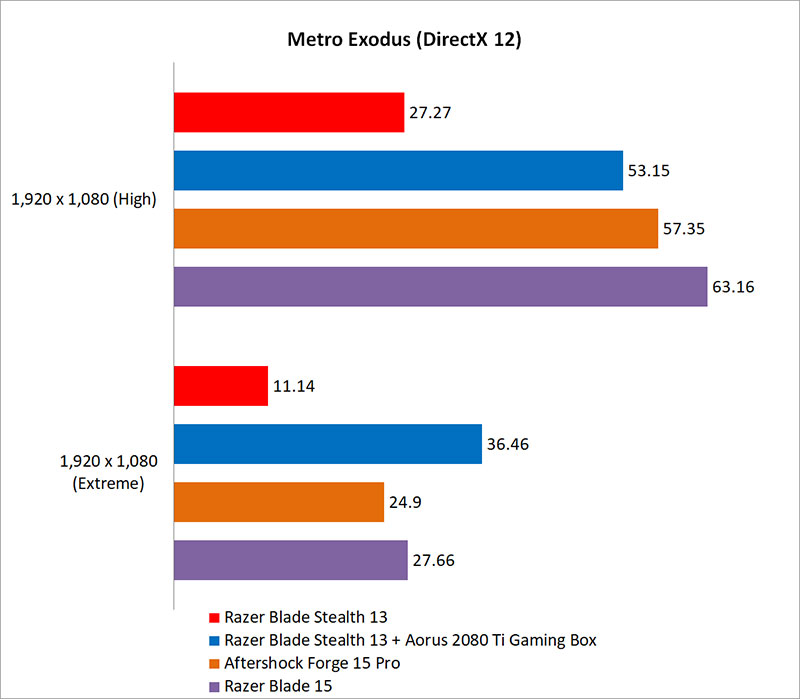 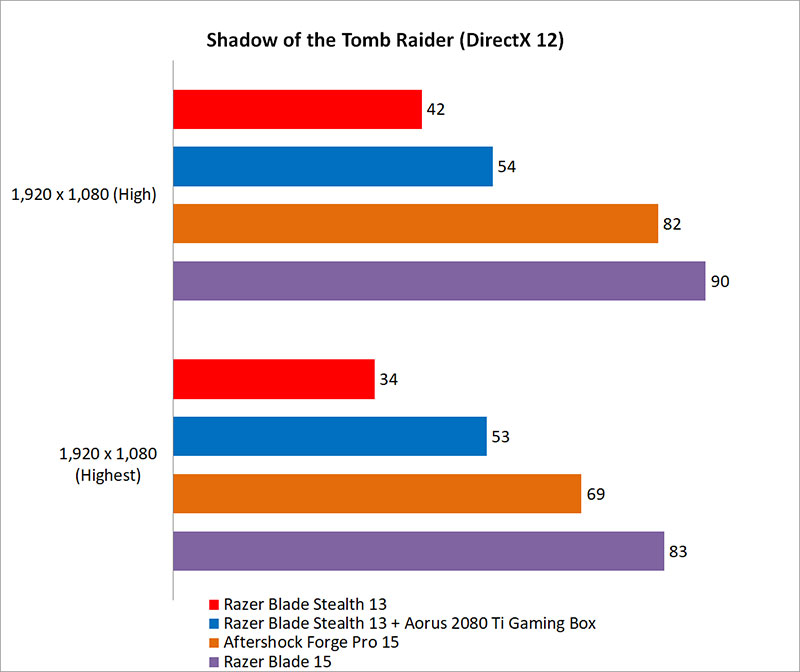 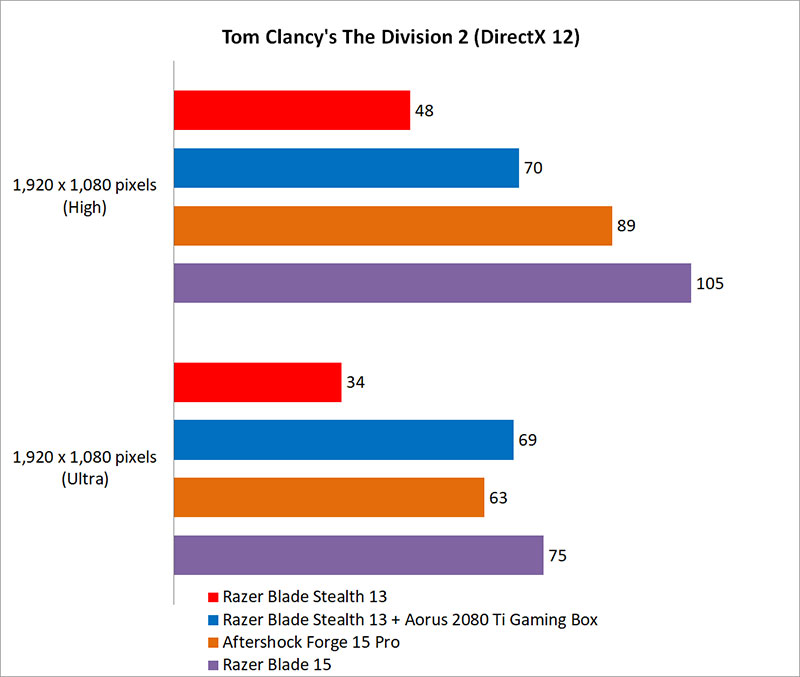