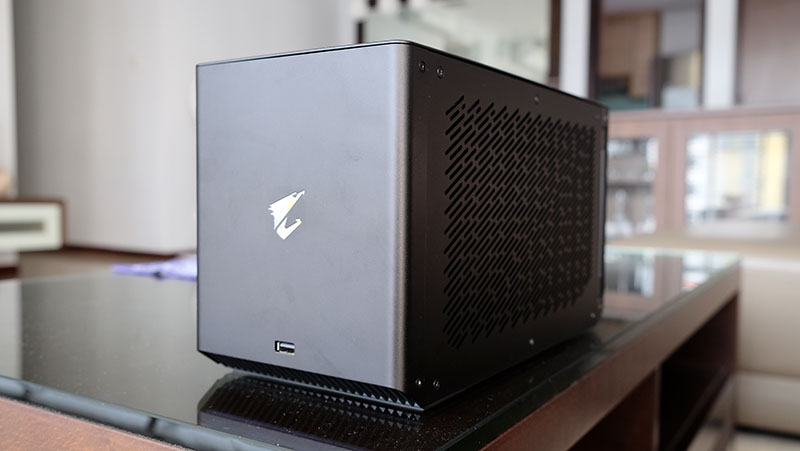 The Aorus RTX 2080 Ti Gaming Box is a very competent external graphics dock in its own right. However, I have to question the wisdom of only giving users the choice of a GeForce RTX 2080 Ti, and then recommending an ultrabook pairing for it. Ultrabooks generally have low-power 15W CPUs, and we've seen how limiting it can be for a powerful card like the GeForce RTX 2080 Ti.

The Thunderbolt 3 interface restricts the GPU to just four PCIe 3.0 lanes too, compared to the 16 you'd get on a desktop.

Given that the Razer Blade Stealth 13 and Gaming Box pairing still fails to outstrip the Razer Blade 15 in games, it sure doesn't seem like the S$2,269 the dock costs is a smart investment. If you're looking to improve the gaming performance on your ultrabook, it feels like a more affordable card like the GeForce RTX 2060 would be a better pick. Gigabyte has put forward an interesting and very attractive proposition with a liquid-cooled GeForce RTX 2080 Ti, but the Gaming Box doesn't quite live up to its promise, let down by the Intel Core i7-1065G7.

What's more, the Gaming Box wasn't designed to be upgradeable, so you're just stuck with a GeForce RTX 2080 Ti whose full potential you'll never be able to unlock with a mere ultrabook-class CPU. If you had an entry-level gaming laptop with the Core i7-9750H, the Gaming Box could possibly be better utilised.