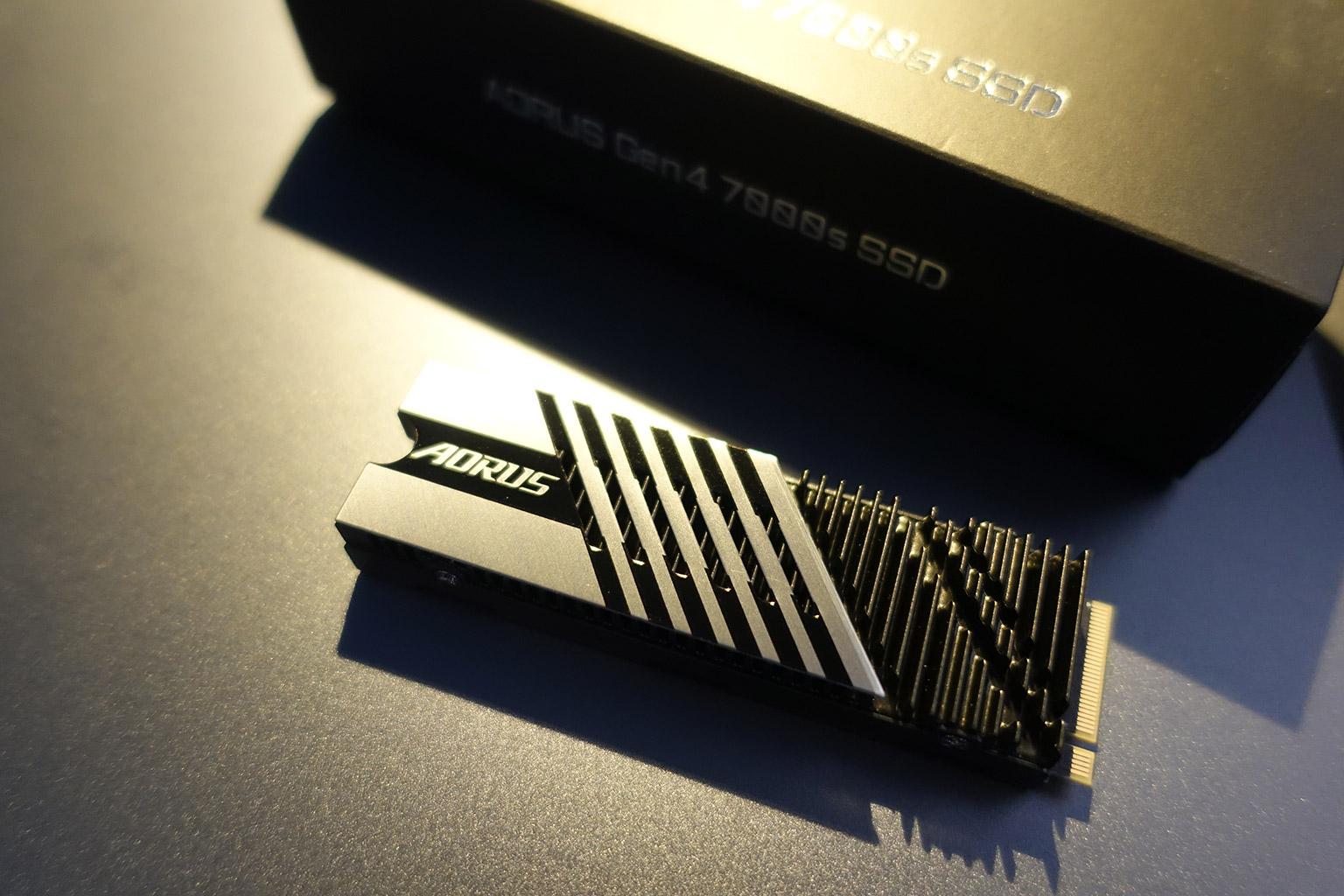 The PlayStation 5’s ability to let you upgrade its storage capacity with after-market solid-state drives (SSD) is truly remarkable and gives gamers more choices to pick a suitable SSD depending on their budget and need. Unlike on the Xbox Series X/S, where Microsoft limits their gamers to proprietary, and expensive, storage expansion cards.

Following up on my earlier Seagate FireCuda 530 vs. WD Black SN850 solid-state drives (SSD) shootout, I made the recommendation for the former thanks to its speedy performance and the ability to remove the heatsink easily.

But the FireCuda 530 and Black SN850 are not the only options available for PS5 owners. Take the Gigabyte Aorus Gen4 7000s series for example, which is Gigabyte’s first SSD that is specifically marketed at the console-gaming sector. Like the Seagate and WD SSDs, the Aorus Gen4 7000s is fully compatible with the PlayStation 5 right out of the box, with a rated read speed of 7,000 MB/s, and dual-sided aluminium heatsinks. The install process is the same as with any SSD you would install into the PS5.

What makes the Aorus Gen4 7000s SSD so remarkable is its suggested retail price (SRP). At just S$585 for the 2TB version (and the one I’m reviewing here), it’s the most affordable 2TB SSD for the PS5 – heck, even for PC gamers. Comparatively speaking, the Seagate FireCuda 530’s SRP is S$819. The Gigabyte SSD offers an immense savings there!

Let’s have a look at the Gigabyte Aorus Gen4 7000s specifications in comparison to the Seagate FireCuda 530 and WD Black SN850:

At a glance we can see that specs for specs, the Gigabyte SSD is slower - even if just marginal - than Seagate's FireCuda 530 even when both are using the same NAND controller and component. But it does seem to be the better choice than the WD SN850. It may also seem a little odd that Gigabyte is only offering two models, the 1TB and the flagship 2TB, but as both modern PC and consoles (PS5) games have already breached the 100GB mark, an SSD with a 500GB capacity is insufficient for a gamer's storage needs.

Specs on paper are one thing, and real-world performances are another. Let's see how both drives fared in our benchmarks with our PlayStation 5.

There are a couple of things we can learn from the results above. The first is that the performance differences between all three SSDs are so marginal that you will not notice any difference in the real world - although I take my hat off to the Seagate FireCuda 530 for being just the better performer here by a wee bit. And therein lies my next and second point; if these drives perform so well on the PlayStation 5, then obviously the one area that will prove to be the key differentiator is value. Based on just price alone, the Gigabyte is absolutely unbeatable.

At more than S$200 cheaper than the Seagate's, and with almost negligible differences in performance, the Aorus Gen4 7000s is really the SSD to get for both PS5 and PC gamers. For the latter, should you want to make use of any motherboard M.2 cooling features instead of the SSD's aluminium heatsink, you can even remove the heatsink easily by undoing four tiny screws.

Write a Review
Compare This | Specifications
Great performance
Even greater value
Removable heatsink
No 500GB option available (but that's not necessarily a bad thing)
No 4TB option available
Our articles may contain affiliate links. If you buy through these links, we may earn a small commission.
Sponsored Links