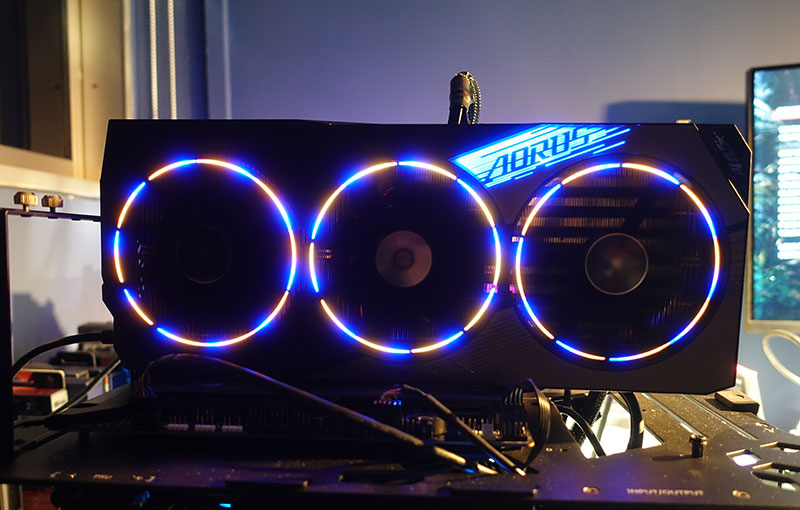 Unlike offerings like the WindForce or Gaming OC series, it stands out with its striking triple-ring RGB Halo lights that encircle each fan. In comparison, the WindForce cards have a more understated look, while the Gaming OC series is more concerned with performance thanks to its aggressive factory overclocks.

That said, the Aorus Master is no slouch in the numbers department. It has a 2,550MHz boost clock, up from the 2,505MHz on the Founders Edition model. 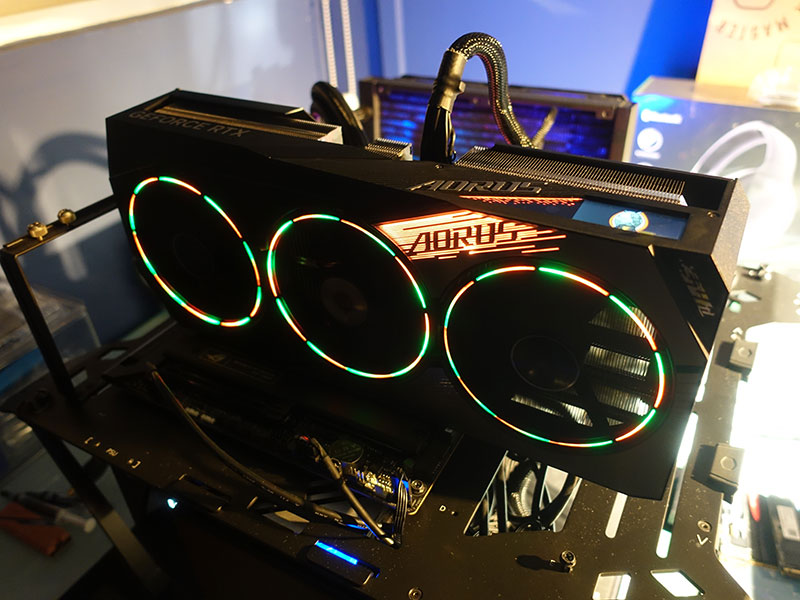 The fans take inspiration from a shark's dermal denticles, according to Gigabyte, and are dotted with small raised ridges to increase airflow by reducing micro turbulence. The double ball bearing structure also grants better heat endurance and efficiency than sleeve bearing fans, which should be expected of in such high performance components.

Each fan also spins in the opposite direction as the one adjacent to it, reducing turbulence and increasing air pressure. On top of that, they support semi-passive cooling, which means they will stop spinning if the GPU load is low to reduce noise.

The copper heat pipes work in tandem with the vapor chamber to draw heat away from the GPU and VRAM to the heatsink. Finally, the heatsink itself extends over the PCB to increase ventilation and improve heat dissipation, and you can see it exposed through the backplate cutout.

Gigabyte has also gussied up the card with an LCD screen on its side, which displays GPU information such as temperature and fan speed, alongside text, pictures, or GIFs of your choosing. 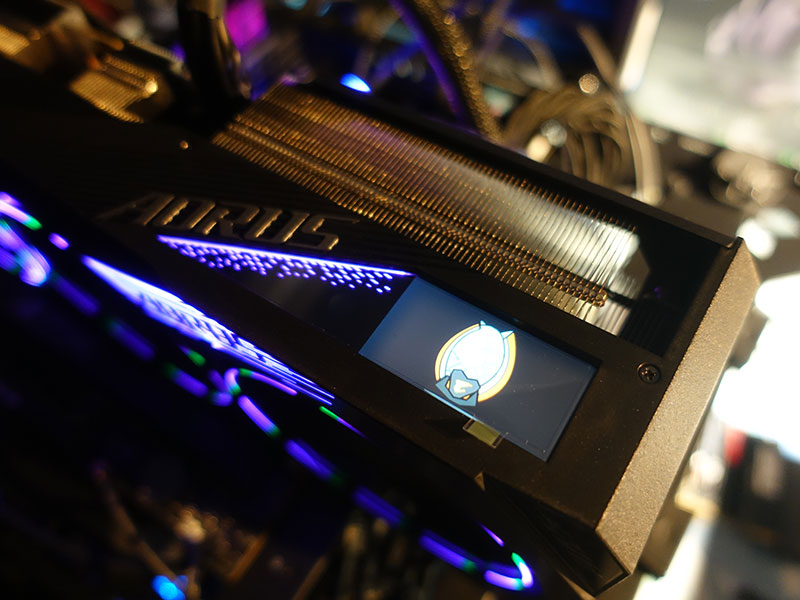 But its true crowning glory is probably the three-ring lighting that puts on a stunning visual display. You can also adjust the displayed lighting effects via the Gigabyte Control Center software.

Round the back, the metal backplate reinforces the PCB and prevents flexing. A new anti-sag bracket on the end of the card also provides additional reinforcement. The PCB itself also boasts a dust-resistant coating, which protects it from everything from dust to insects, dropped screws, and abrasion. It is moisture and corrosion-resistant as well, which is supposed to prevent unwanted conduction paths and board damage, and should shrug off high-humidity climates as well. 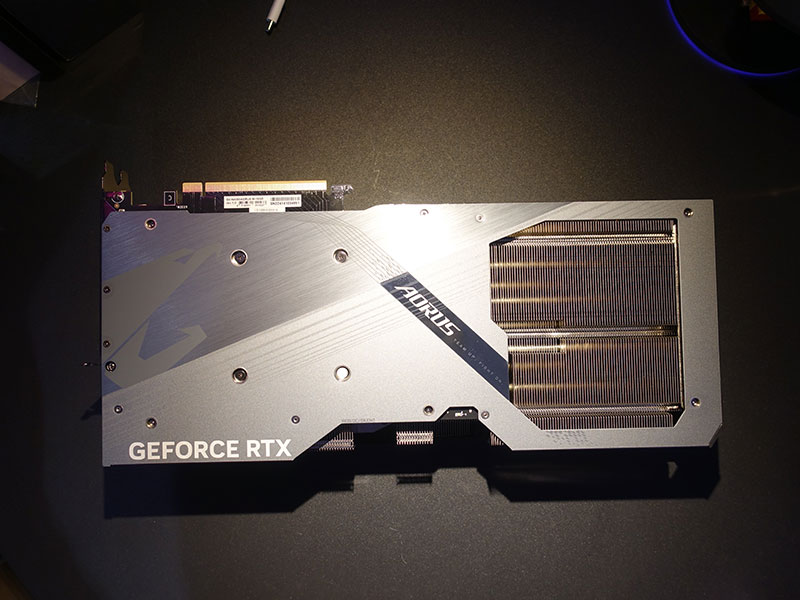 A convenient dual BIOS switch lets you switch between OC mode and silent mode, in the event that you really want your quiet. A nifty power indicator light also sits above the 16-pin power connector. If there are any power supply abnormalities, the light will start flashing.

The card has three DisplayPort 1.4a connections and one HDMI 2.1 connector. Measuring a good 357mm long, you'll need to check if you actually have space in your case for it, and it may bump up against your front radiator if you have one installed within your chassis.

Write a Review
Compare This | Specifications
Attractive RGB lighting and standout aesthetics
Excellent performance, even at 4K
Runs hotter than the Founders Edition model
Requires a large chassis
Expensive
Our articles may contain affiliate links. If you buy through these links, we may earn a small commission.
Sponsored Links