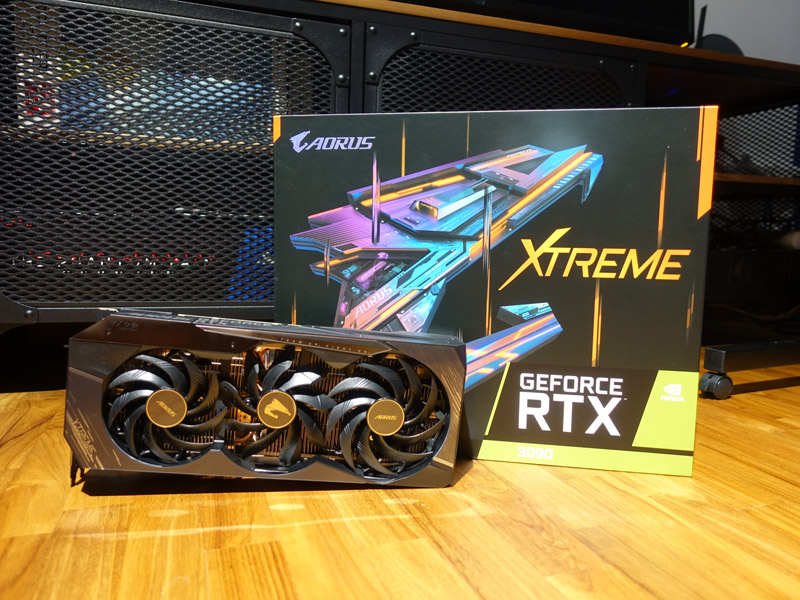 NVIDIA's GeForce RTX 3080 may be the card maker’s flagship gaming GPU but ironically, it’s also not its most powerful GPU. That honour goes to the GeForce RTX 3090, a GPU that caters to a select group of content creators and extremely hardcore gamers. But despite its eye-searing price tag (the Founders Edition version retails for US$$1,499), GeForce RTX 3090 cards have been in extreme short supply and looks set to remain that way well into early 2021 – pandemic and economy slowdown be damn. 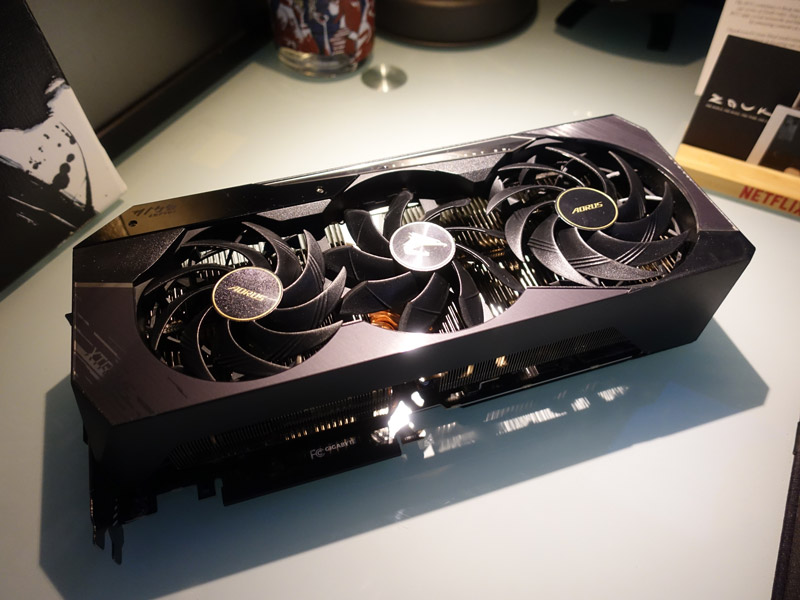 Visually, the Aorus GeForce 3090 Xtreme 24G is one beast of a card and is, unsurprisingly Gigabyte’s top-tier card based on the RTX 3090 GPU. To cool the super-large copper base plate and eight heat pipes that sprawls across the length of the card, the card features what Gigabyte called a Max-Covered cooling that features two 115mm and one 100mm “Unique Blade” stack fans. These fans spin alternately from each other and Gigabyte claims this allows air pressure to completely cover the heatsink and therefore provides better heat dissipation.

The Aorus card uses some impressive high-end parts too, allowing it for extreme overclocking and a better overall lifespan. This includes a better power phase design that allows for the MOSFET to operate at a lower temperature, “Ultra Durable” certified chokes and capacitors, and a PCB coating that makes the card resistant to dust, moisture and corrosion. 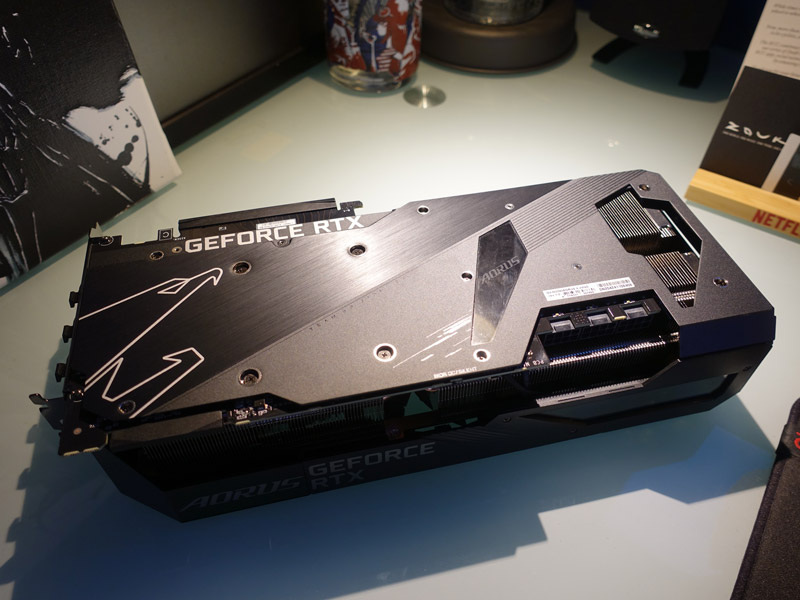 A thin metal backplate covers the rear of the PCB, where there are standard cut-outs for airflow and also (very visible) thermal pads to help whisk heat away from the components on the flip side. It is worth noting that despite the heft and bulk of the card, Gigabyte did not provide a stand nor a stabiliser. Not that one is needed anyway, as the card did not show any sign of flex when installed onto my motherboard. That’s a big plus point. 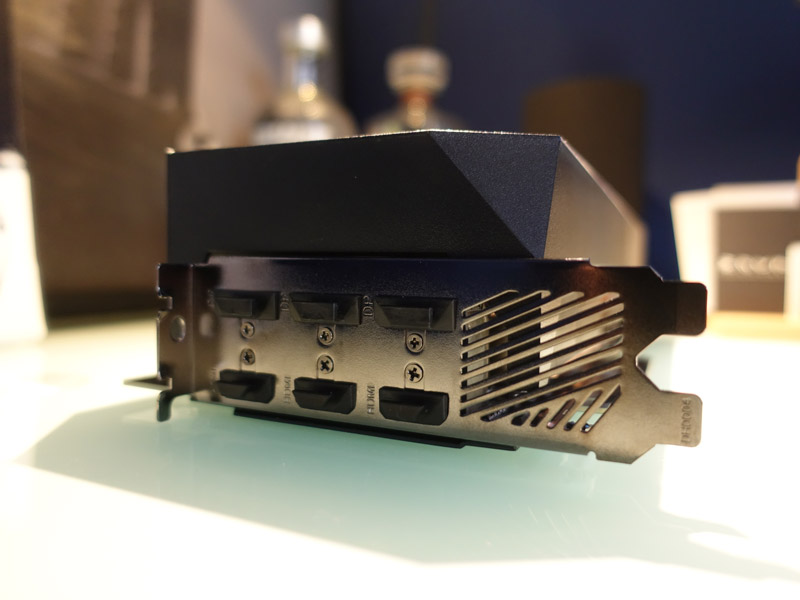 The card’s bulk does have one drawback though – it occupies four full expansion card slots despite only needing two to be fastened to the casing. Also, Instead of NVIDIA's new 12-pin power connector used in the Founders Edition card, the Aorus’ uses more conventional triple 8-pin PCIe power connectors (good news for those who don't want additional cabling to deal with), and onboard LEDs that notify if the graphics power connectors are plugged in securely, or when experiencing any power supply abnormality in unfortunate circumstances. 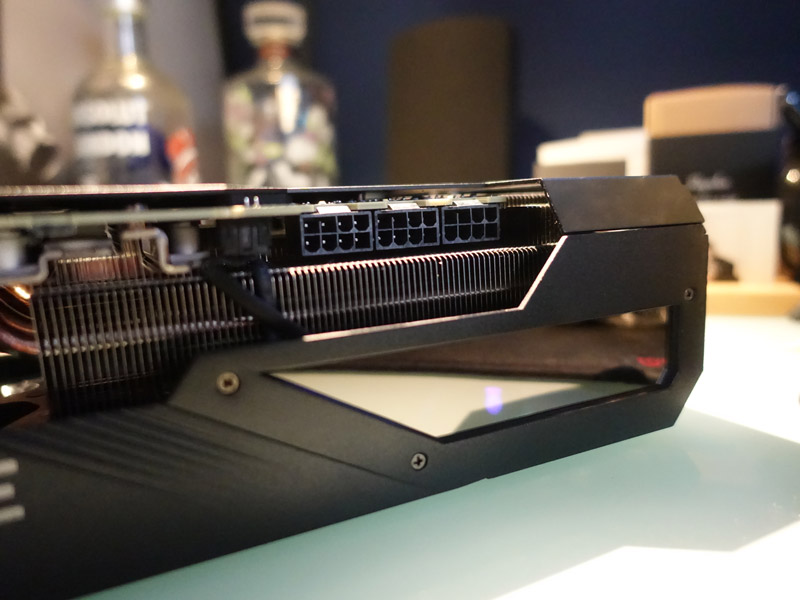 There is also a dual BIOS switch on the PCB as well to let you switch between “Silent” and the default “OC” or Overclock modes. OC raises the default boost clock to 1860MHz (up from the default 1695MHz), which also happens to be the card’s default mode out of the box.

Gigabyte has been extravagantly generous with the display outputs on the Aorus GeForce RTX 3090 Xtreme. There are three HDMI 2.1 and three DisplayPort outputs – you can’t use them all at once though, but the extra HDMI port accords you more flexibility in what set of outputs you can connect simultaneously. For instance, you could use three HDMI ports at one time (or three DisplayPort ports).