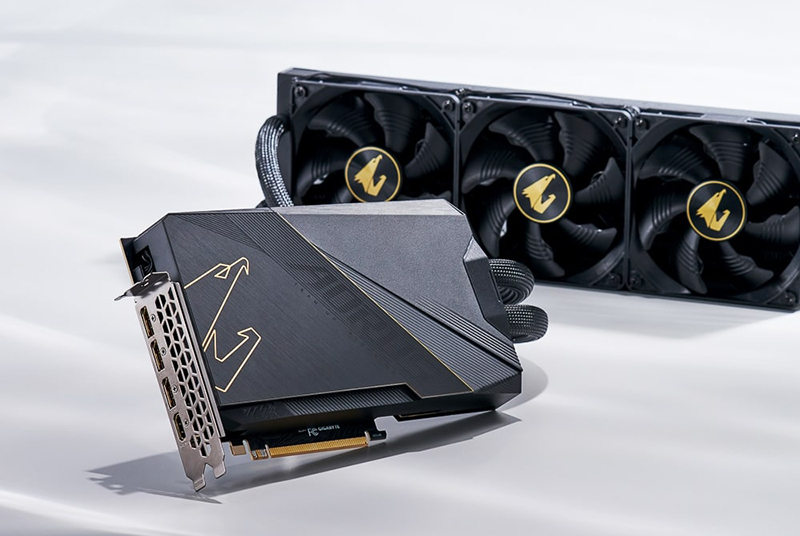 The Gigabyte Aorus GeForce RTX 3090 Ti Xtreme Waterforce 24G is as fast as they come. With NVIDIA's BFGPU at its core, or "big ferocious GPU" as it is colloquially referred to, the card requires some serious cooling apparatus to keep its temperatures down.

Featuring 10,752 CUDA cores, blazing fast clock speeds, and a whopping 24GB of GDDR6X memory, this is a card that will cut through any game you throw at it like butter, regardless of the resolution you play it at.

Gigabyte's Waterforce cooling system is what's keeping it all from going up in a ball of flames. The pre-assembled water pipe and pump make the installation process completely hassle-free, but you'll need to check that you have space for the sizeable 360mm aluminium radiator, especially if you're also looking at an all-in-one cooling solution for your CPU. 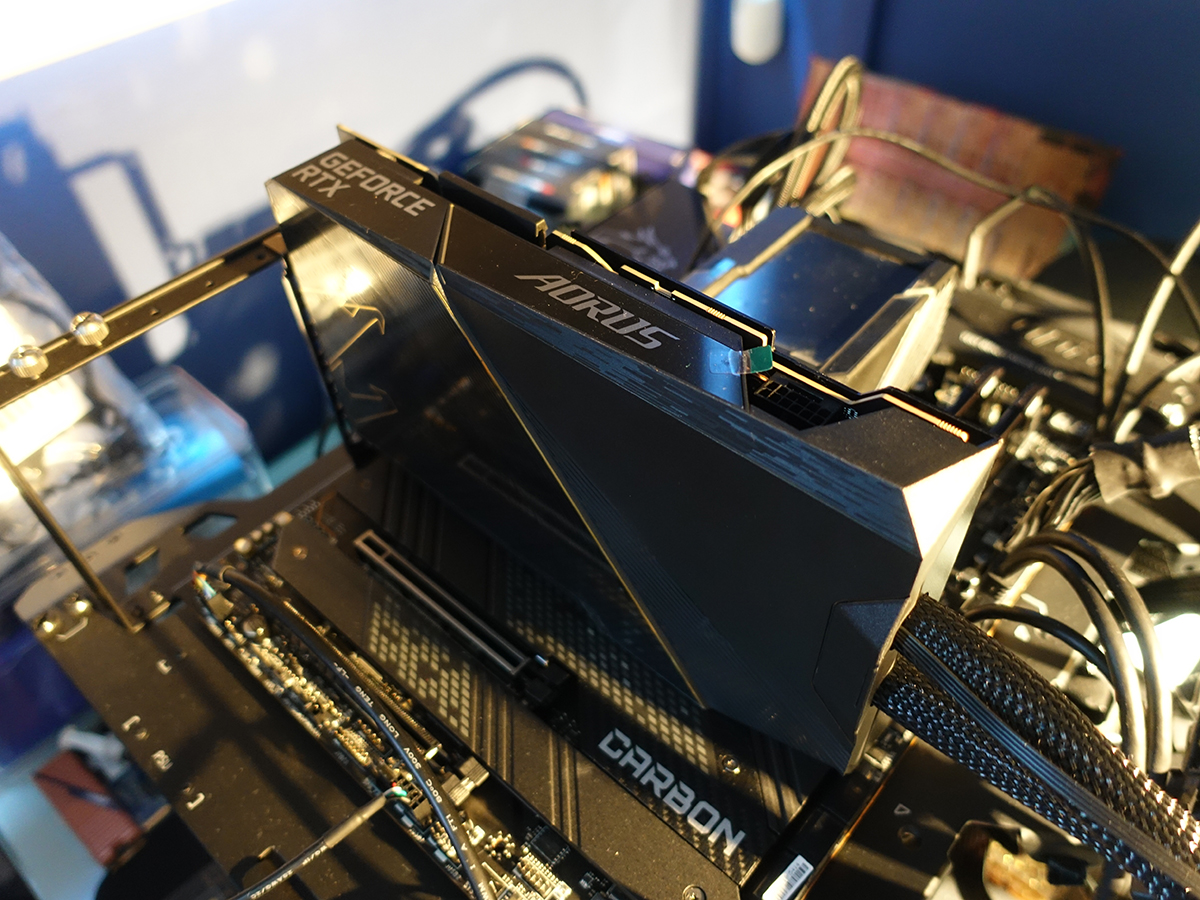 The good news is that the card itself is relatively slim, requiring just two slots.

Each radiator fan uses a double ball bearing structure, which offers better heat endurance and efficiency than regular sleeve bearing fans. The fans are installed facing the braided tubing of the AIO, so if you mount the radiator on the roof of your chassis, it will draw air from the inside of your case and exhaust it up top.

Power is supplied via NVIDIA's new 16-pin PCIe 5.0 connector, which can provide up to 600W of juice. In the box, you'll also find a power adaptor for the new connector to ensure compatibility with existing power supply units. 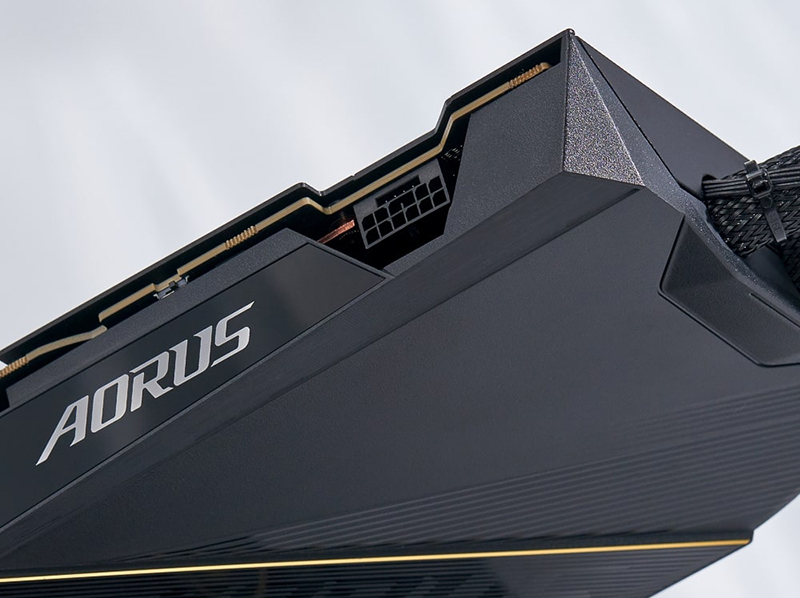 A large copper base plate is responsible for channeling heat away from the GPU, VRAM, and MOSFETs. It is able to cover a wider area than more traditional air-cooled designs, with dedicated cooling for each component.

The PCB is topped by a sleek black metal backplate that provides added structural rigidity and protection. Gigabyte says the PCB itself also has a special coating that confers dust, moisture, and corrosion resistance, which may come in useful in humid environments. 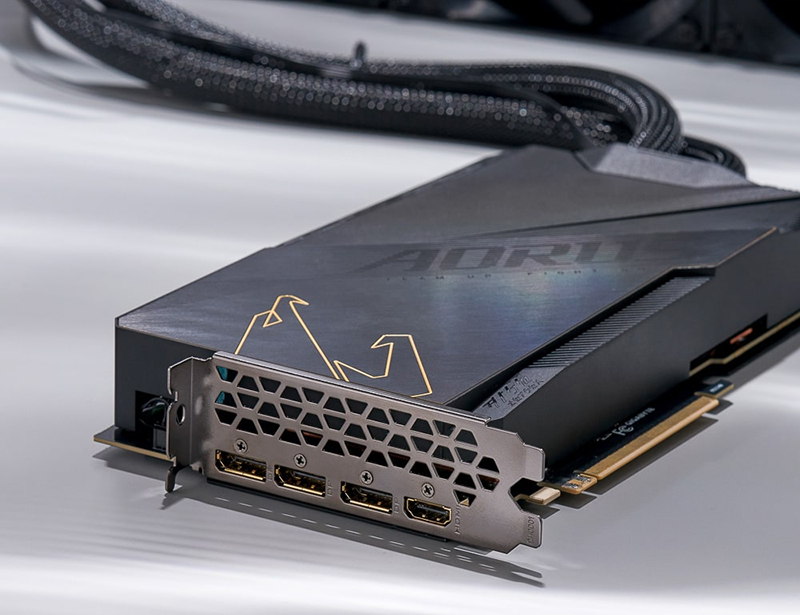 The entire card is clad in matte black, which oozes minimalist appeal. However, it is glaringly lacking RGB lighting of any sort, a surprising omission for a card that costs this much. While I can appreciate the more subdued aesthetic, you'd think that RGB lighting would be a given at this price, so those who want it can toggle it on.

To make matters worse, it's also exceedingly troublesome to swap out the fans. Gigabyte has used proprietary 4-pin connectors, which means you can't simply add third-party RGB fans and hook them up to the pump. You can still use your own fans, but you'll have to connect them to your motherboard instead.

Finally, there are four display outputs at the rear, comprising three DisplayPort 1.4a and one HDMI 2.1 port.

Write a Review
Compare This | Specifications
Takes up just two slots
Excellent cooling performance
Quiet AIO pump
No RGB lighting
Fans are difficult to swap out
Incredibly expensive
Our articles may contain affiliate links. If you buy through these links, we may earn a small commission.
Sponsored Links