The Gigabyte Aorus GeForce RTX 3080 Ti doesn't exhibit any significant differences with the other competing cards here, and most results are within a few percentage points of each other. 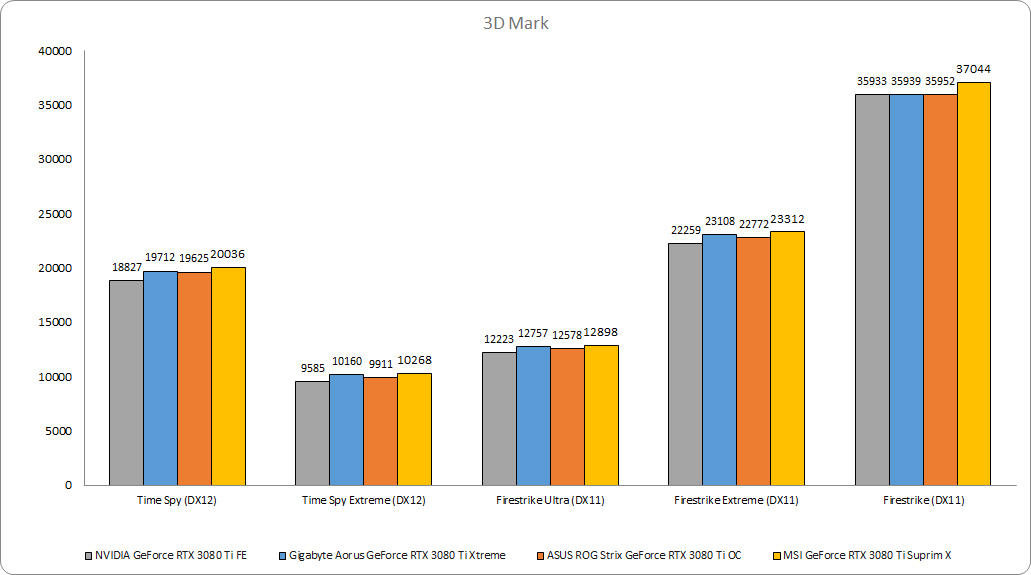 In real-world benchmarks however, the Gigabyte card seemed to underperform in select titles. This was most pronounced in Shadow of the Tomb Raider, where it was around 12% slower than the ASUS card.

The Gigabyte card continued to trail slightly at 1440p as well, although the differences were less pronounced. It also managed to edge ahead of the ASUS card in Watch Dogs: Legion.

Performance evens out at 4K, with the Gigabyte card even taking the lead in most titles. In Watch Dogs: Legion, it edged ahead to a 9% advantage. 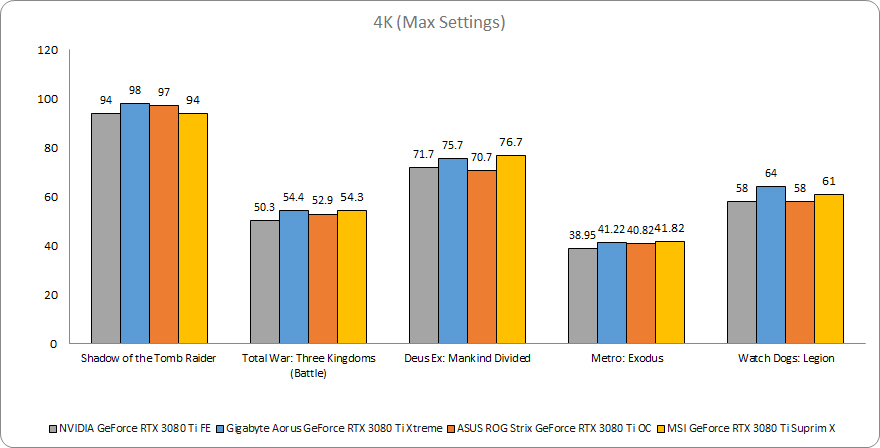 With ray tracing turned on at 4K, all the cards were mostly neck-and-neck with each other. However, the Gigabyte model managed to squeeze out the slimmest of leads in both titles. 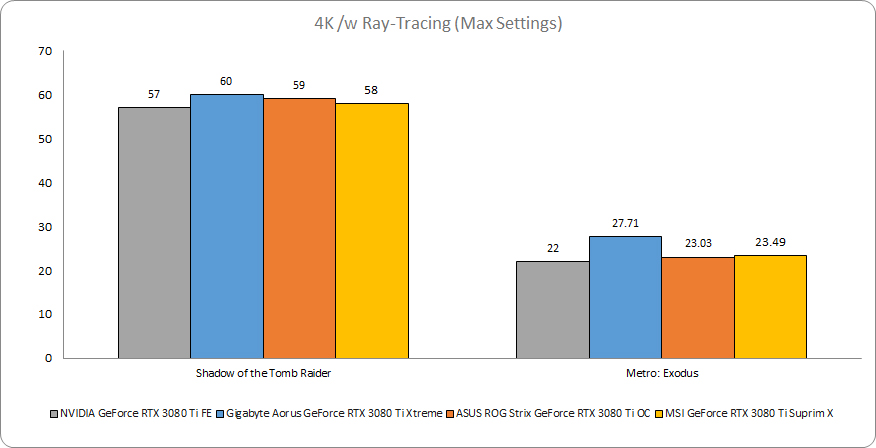 Temperature numbers were disappointing, and despite the large and hefty cooler, the Gigabyte card still ran hotter than the ASUS and MSI models. It's not a game-changing difference, but when performance numbers are this close, thermal performance matters a lot more.

The Gigabyte Aorus RTX 3080 Ti Xtreme is going up against some serious competition. While it flags at 1080p, it regains its footing at 4K, which is the resolution that anyone who is willing to pay for a card like this probably plays at. Unfortunately, cooling performance is just about average, running slightly hotter than even the Founders Edition model. At S$2,730, it is a significant investment that you'll want to weigh carefully. It's a great card, but the fact remains that the competition is simply putting out better numbers. For the price, you might want to consider shelling out a little more for the ASUS model instead.

Write a Review
Compare This | Specifications
Excellent 4K performance
Nifty LED display on the edge for additional customisation
A whopping total of six display outputs
Runs slightly hotter than competing cards
1080p performance lags the competition
Very expensive
Our articles may contain affiliate links. If you buy through these links, we may earn a small commission.
Sponsored Links