Unsurprisingly, the GeForce RTX 2070 Max-P and small-ish 62Wh battery pack on the Aorus 15 didn't bode well for battery life. It lasted just under an hour in the Gaming test and less than two hours in the Modern Office benchmark, a pretty abysmal result. The power consumption numbers also show it to be significantly more power hungry than the other notebooks, which is probably due to the higher clock speeds on the GeForce RTX 2070 Max-P and the absence of any Max-Q efficiency optimisations.

Its middling battery life, chunky dimensions, and hefty weight also combine to drag it down in our portability index. Our index takes into account things like battery life, weight, and dimensions, so the Aorus 15 ranked right at the bottom.

But to be fair, the Aorus 15 was also never trying to be a super portable system, and given its relatively affordable price, I can't really complain too much about it not being as sprightly as other pricier laptops. 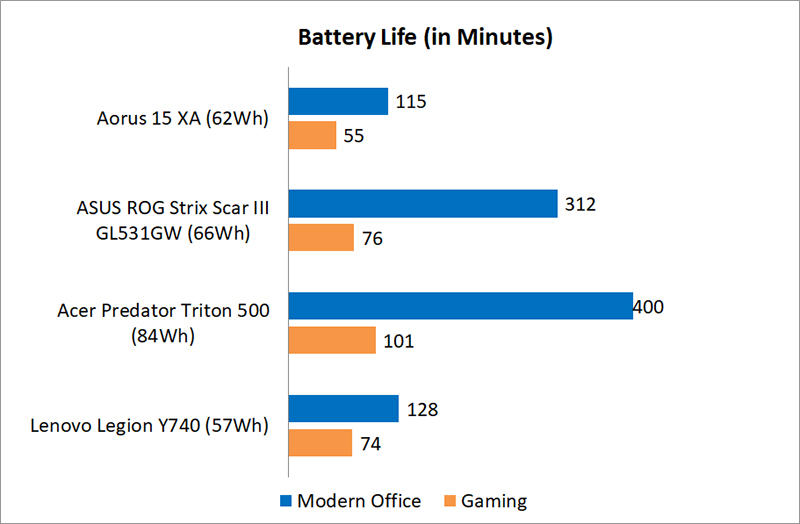 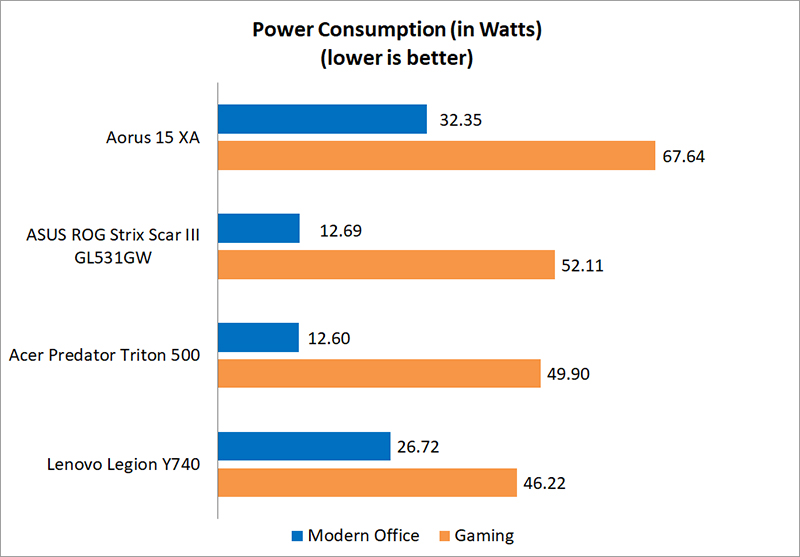 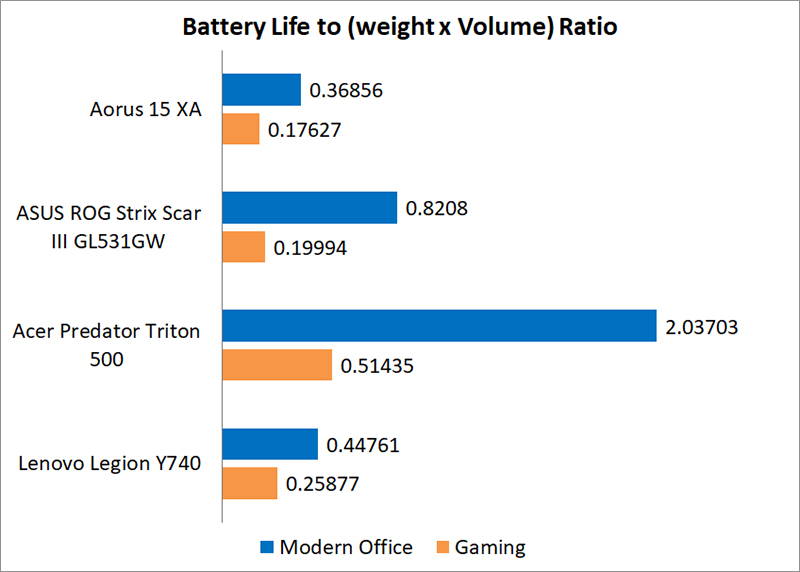 The Aorus 15 turned out to be pretty toasty, posting the highest CPU and GPU temperatures of the lot after 40 runs of 3DMark Fire Strike Extreme's stress test. This was on the Normal fan profile, and cranking things up to maximum drops the temperatures by over 10°C. However, as I mentioned earlier, the maximum fan profile is stupidly loud, and I can't imagine anyone putting up with the din for extended periods of time.

Surface temperatures were decent, and I think the laptop does a pretty good job of keeping the palm rests cool, which is arguably what's really important. 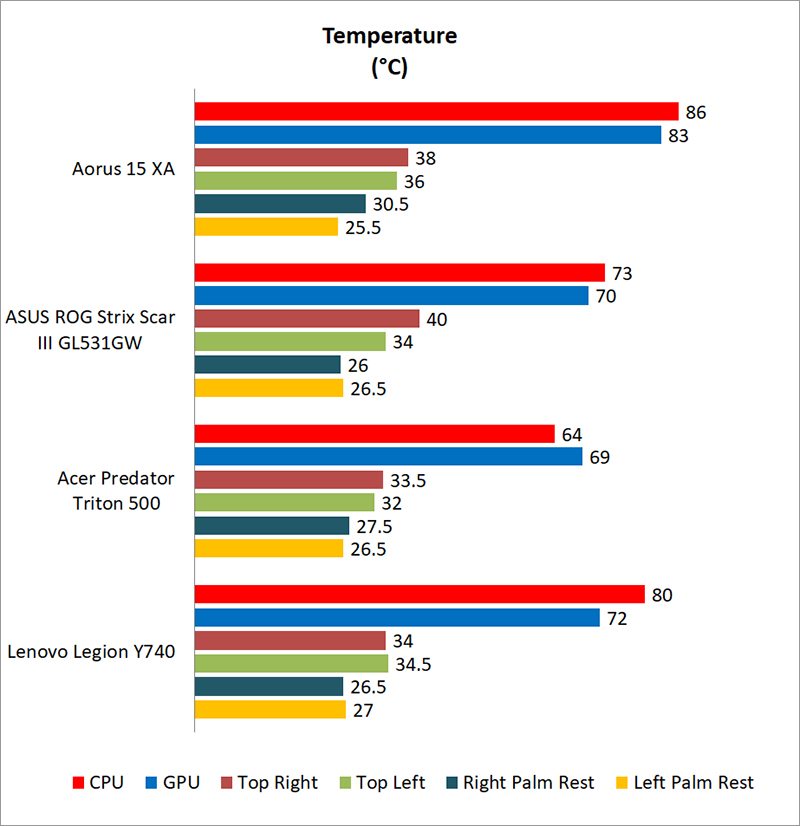