Gigabyte Aero 15 review: A spunky gaming notebook with a touch of elegance 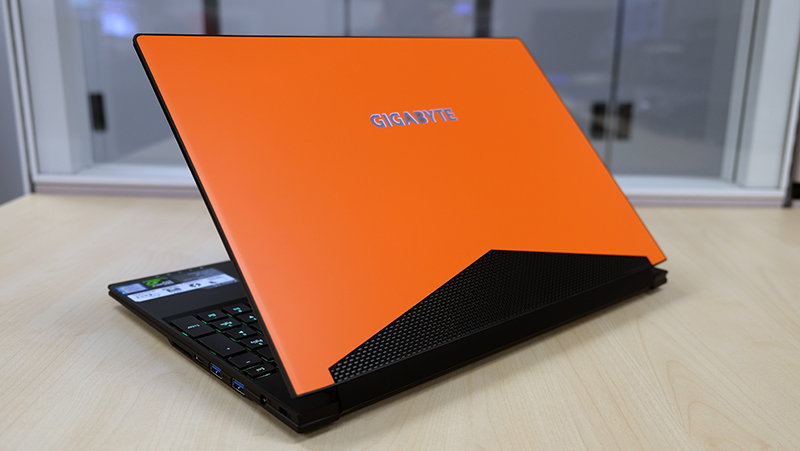 Maybe we should just stop marveling at thin gaming laptops. They’re quickly becoming the norm, and thick and clunky notebooks – however powerful – are looking increasingly dated. Soon, slim and powerful systems could be the expectation, instead of being extolled as some miracle of engineering.

Even before NVIDIA introduced its Max-Q technology at Computex 2017, we were already seeing a growing number of portable and powerful gaming notebooks that measured in at under 20mm thick.

These didn’t even feature Max-Q, but were already impressively sleek, and the Gigabyte Aero 15 joined the likes of the Acer Triton 700, Aftershock PRIME-15, and MSI GS63VR 6RF Stealth Pro in showing that you didn’t have to put up with bulk just to get decent performance.

However, the Aero 15 is interesting for more reasons than its relatively compact size (it is a 15.6-inch laptop in the body of a 14-inch notebook).

Its available in three colors – black, orange, and green – where even the ebony comes with bright orange accents on the lid. This is a new and refreshing design change for Gigabyte, and we couldn’t be happier to see it. Above all, it looks fun and unpretentious, which unfortunately cannot be said for many other gaming notebooks out there.

Write a Review
Compare This | Specifications
Solid build quality
X-Rite Pantone-certified display with edge-to-edge bezels looks gorgeous
Compact size for a 15.6-inch notebook
Excellent battery life
Keyboard can feel a little cramped
Green and orange colors not for everyone
Webcam is located on bottom bezel
Our articles may contain affiliate links. If you buy through these links, we may earn a small commission.
Sponsored Links