Here is a full list of notebooks that we will be comparing the Aero 15 OLED XB with:

Choosing the previous Aero 15 OLED XA and the Acer Predator Triton 500 was easy, as both are spec-ed with previous generation processors and graphics. I have also included the ASUS ROG Zephyrus G14 to provide an idea of how the best mobile processor offering from Intel’s eternal rival stands up to it.

Here is the list of games and benchmarks that I will be using:

Just for good measure I have also included SYSMark 2018, which I have also managed to run it on the ASUS ROG Zephyrus G14 but not the Aero 15 OLED XA and Predator Triton 500 as these units were returned to the manufacturers a while back. 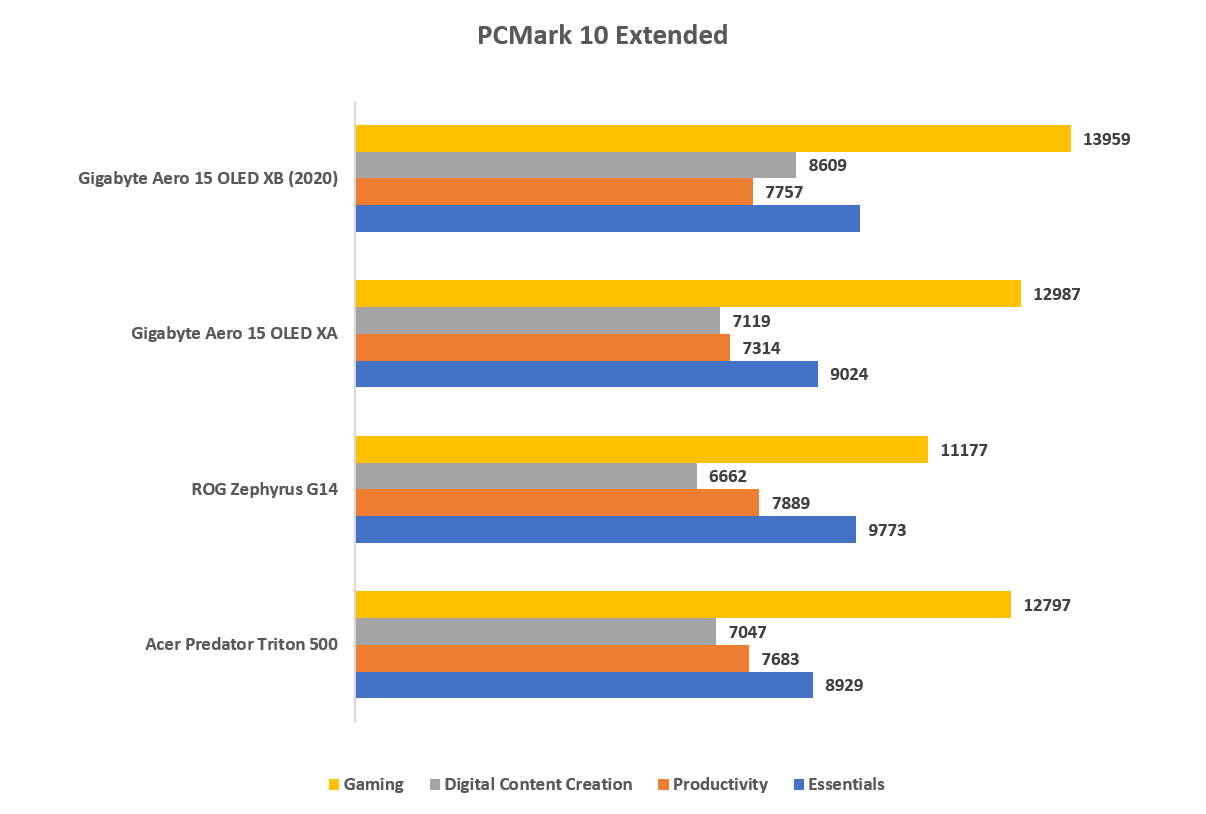 Unsurprisingly, the Aero 15 XB with superior processor and graphics chips, outperforms the older Aero 15 XA especially in Digital Content Creation, where the gap is widest. It also holds sizeable ground against the ROG Zephyrus G14, which is based on the AMD Ryzen 9 4900HS mobile processor and a lower end RTX 2060 GPU. 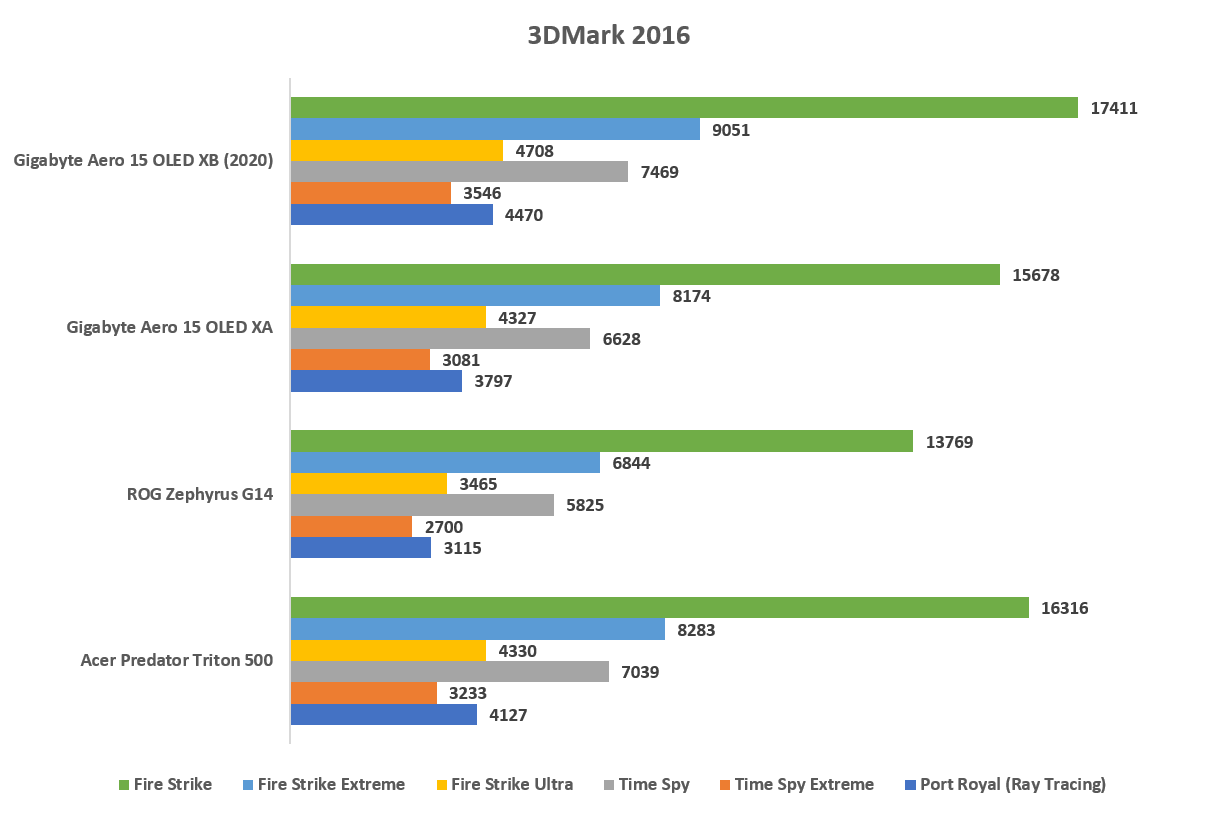 While synthetic benchmarks like 3DMark still shows the Aero 15 OLED XB taking the lead across all tests, the results are more interesting with real-world gaming benchmarks. As we can see, at 1080p (High) resolution all notebooks except for the Zephyrus G14 seems to have hit a performance ceiling. It is only when the detail levels were increased, or when running games at a resolution higher than 1080p, then do we see the 2070 Super Max-Q on the Aero 15 OLED XB edging out the rest of the pack convincingly. 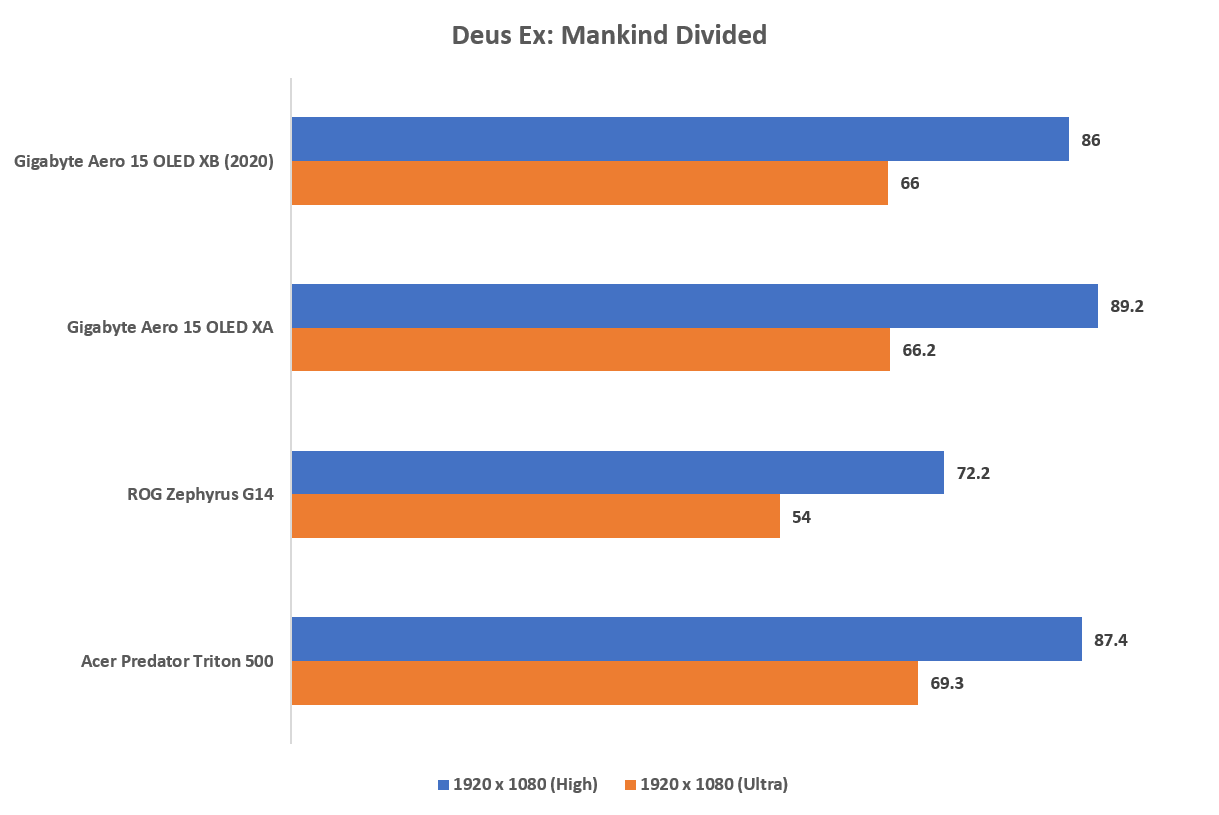 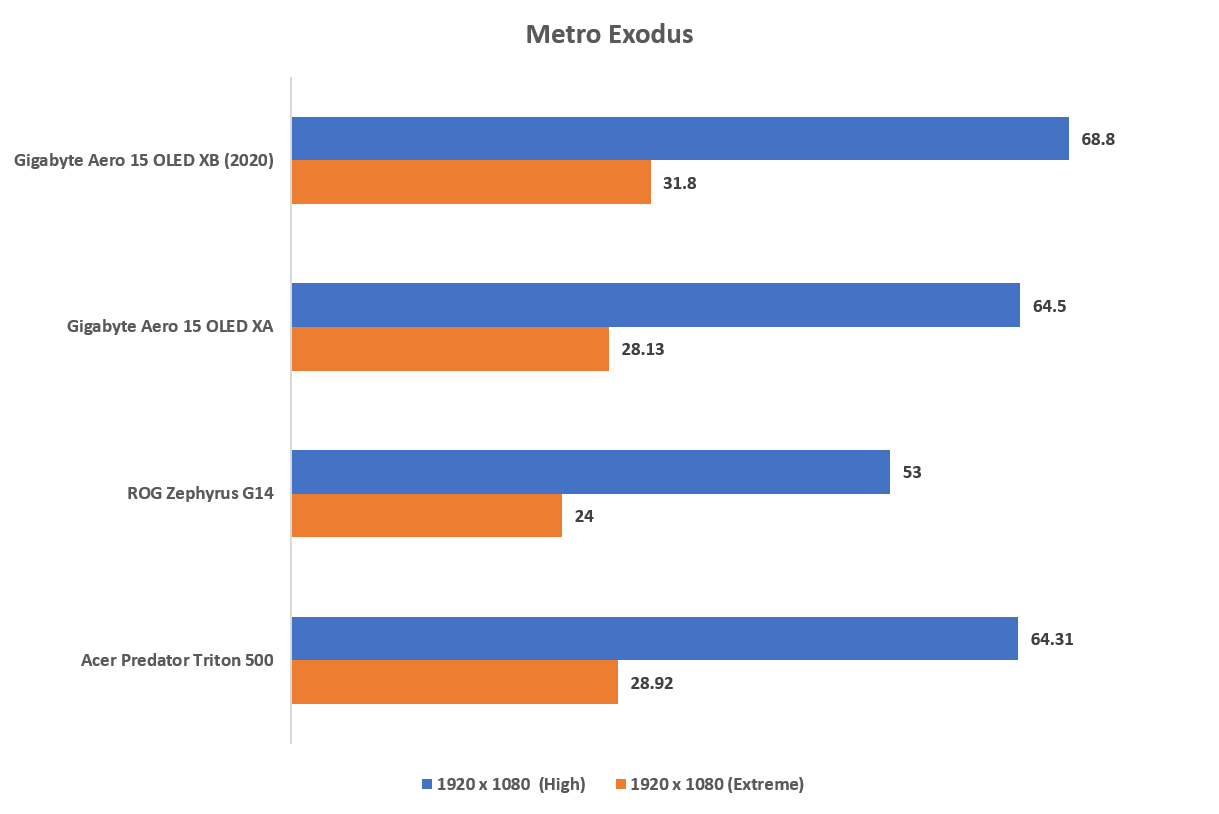 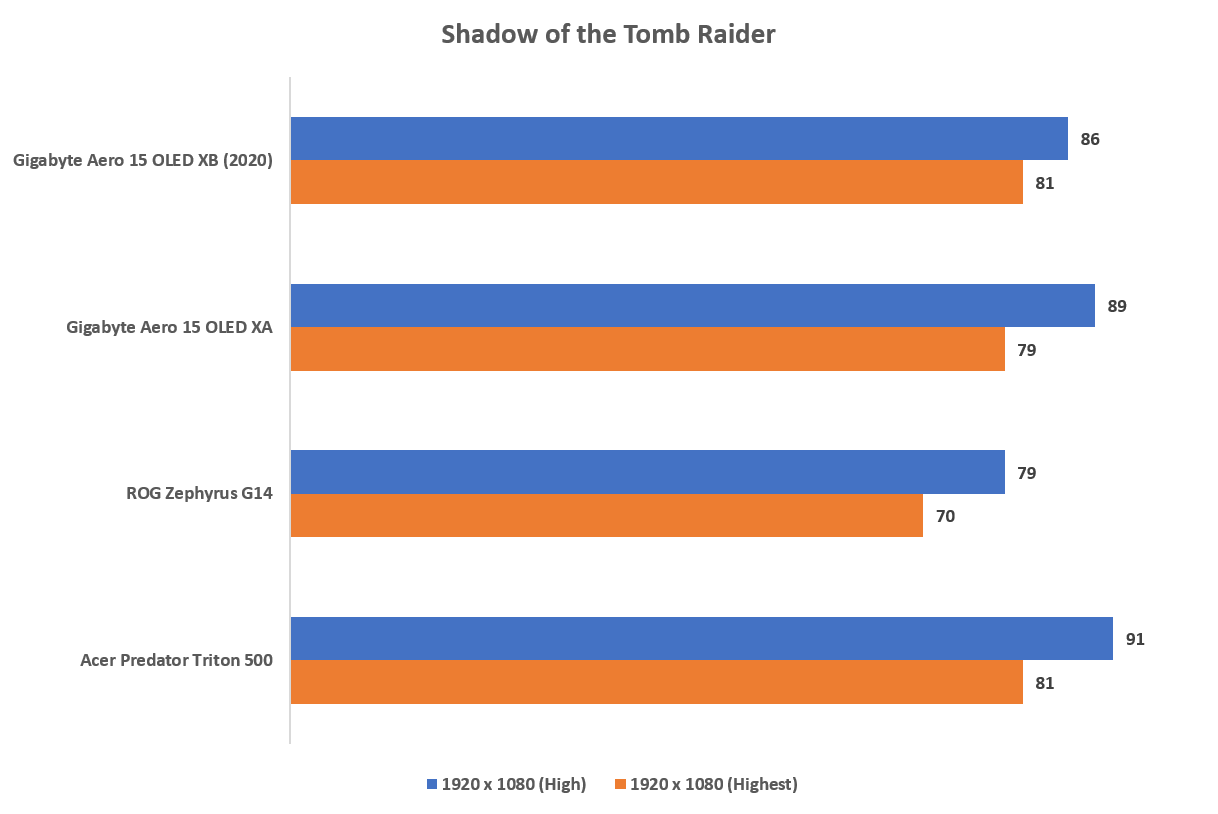 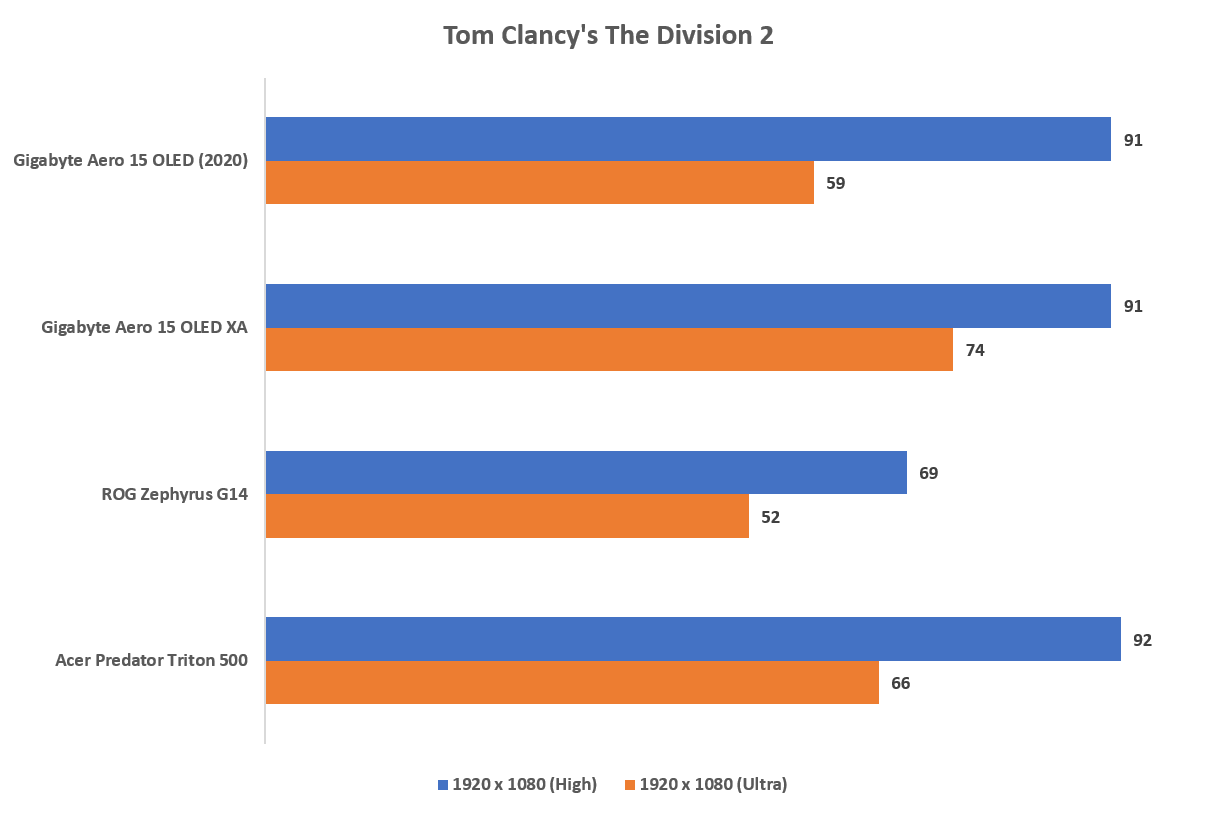