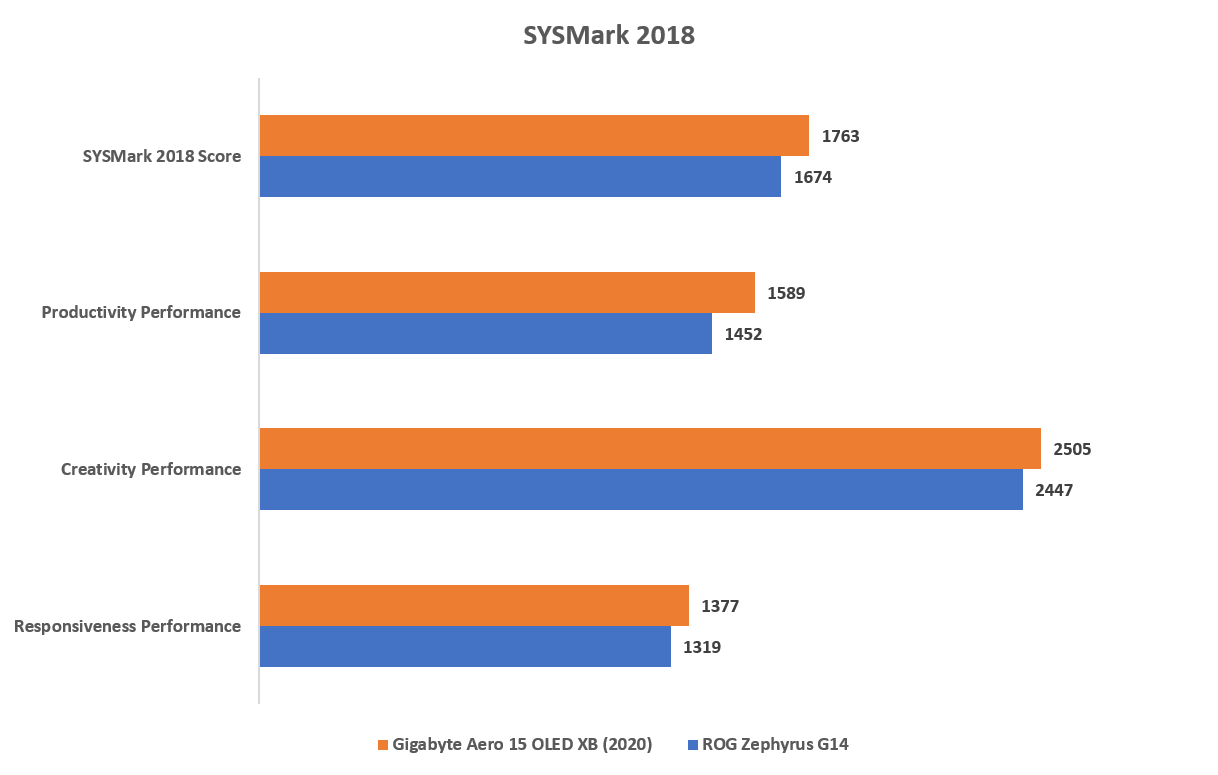 Unlike PCMark 10, SYSMark 2018 is an intensive application-based benchmark that reflects real-world usage patterns of business users in the areas of Productivity, Creativity and Responsiveness. Here we can see that the AMD-based ROG Zephyrus G14 tails behind the Aero 15 OLED XB, but only just barely and quite frankly the difference in scores are very minute. It is also a shame that the Zephyrus G14 was running on single-channel memory mode rather than dual-channel like the Aero 15 OLED XB, as it inhibits the former's full potential. 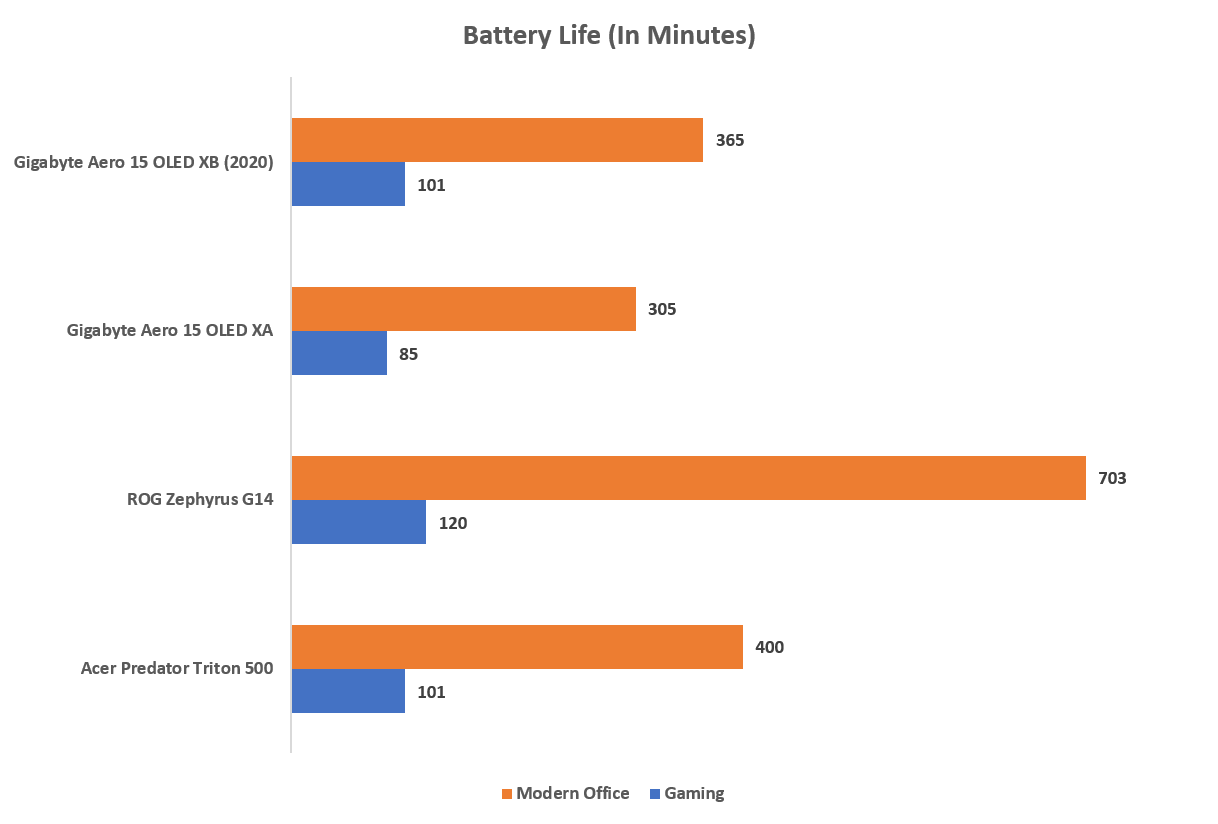 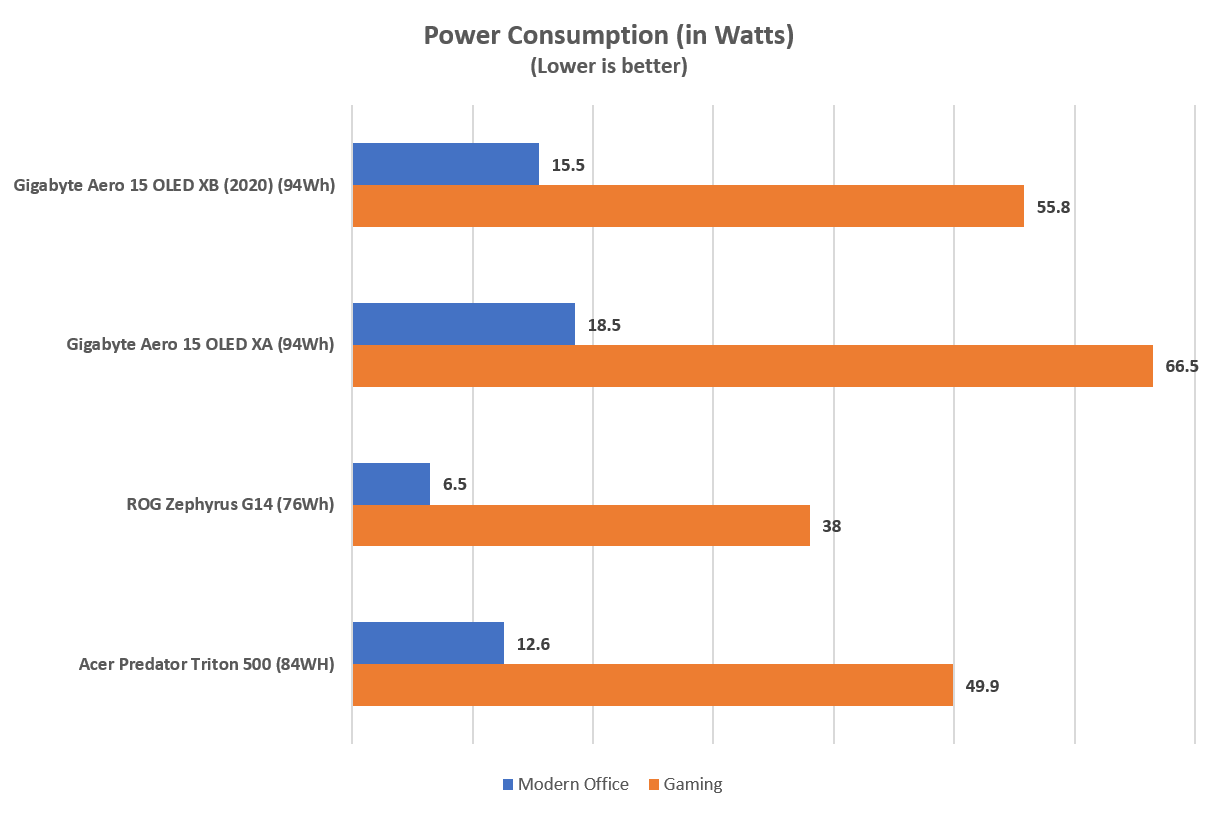 Battery life on the Aero 15 OLED XB is pretty good and is an improvement over the older Aero 15 OLED, as the newer Intel processor’s lower TDP and power efficiency give it an overall advantage over it. It still lacks behind Zephyrus G14, but we must remember that the brighter and higher resolution 4K OLED display is also more power hungry, so battery life is also reduced.

Still made for photo and video editors 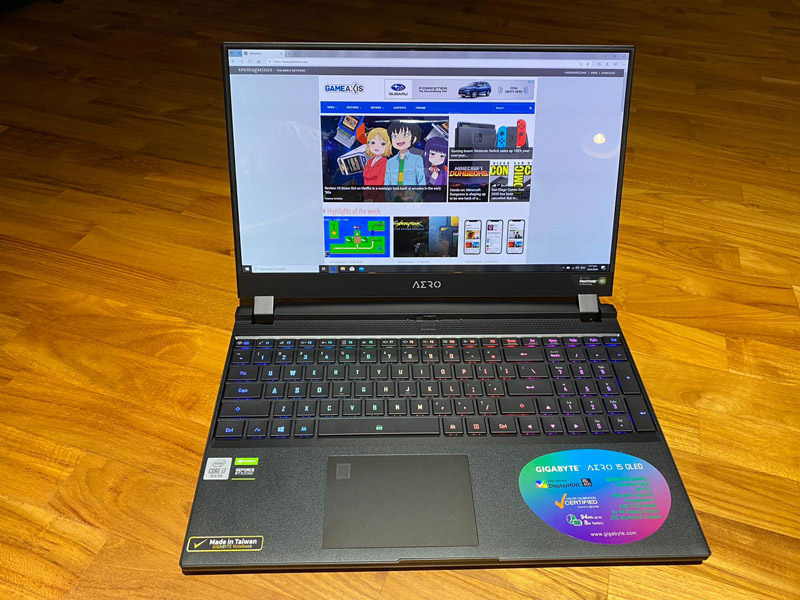 If you are familiar with last year’s Aero 15 OLED XA, then this year’s newer model is basically more of the same but with incremental performance and battery life. It is still the same gaming laptop with a stunning 4K edge-to-edge display, same keyboard, and trackpad and even chassis. That said however, it also retains the same kinks as its predecessor; the fans are still extremely noisy at maximum speed and the webcam is still located awkwardly at the bottom bezel. I thought it is a missed opportunity by Gigabyte to do some refinements to the Aero 15 OLED series with the XB, even if they are minor ones, and possibly turning it from a good gaming laptop to a ‘great’ one.

The Gigabyte Aero 15 OLED XB is available at Gigabyte's official store in Lazada now, with a price tag of S$4,199.