Intel has just announced new 9th-generation 45W processors for gaming laptops, finally following up on the launch of its desktop chips late last year. However, the new CPUs are still based on the 14nm process and don't offer significant new features outside of the higher base and turbo boost frequencies. In other words, we're still dealing with very iterative improvements until Intel's 10nm Ice Lake chips.

Still, this means another round of hardware updates for gaming laptops, not long after a wide-ranging refresh that saw manufacturers add NVIDIA's new GeForce RTX graphics cards to their line-ups recently.

Gigabyte's new Aero 15 Classic XA is one of the first to get an update to the new processors, and the Classic series will offer up to an overclockable Core i9-9980HK chip - which is a top of the line enthusiast mobile processor from Intel. The Classic XA I have for review today is a more modest offering, but it still comes quite quite beefy specs.

It costs S$3,699 and Gigabyte is throwing in a backpack and M6880X mouse to sweeten the deal. Other than that the new Intel 9th-generation Core processor , there's one other new feature that we haven't yet seen on a laptop. The new Aero 15 Classic XA is one of the first gaming laptops to come with a native 240Hz display, a super high refresh rate that promises to offer butter-smooth gameplay. That said, while this is definitely an exciting specification to have on paper, it doesn't really translate into super tangible real-world gains.

I've used a 240Hz monitor before, and that was with a desktop GeForce GTX 1080 Ti that can push more frames than the GeForce RTX 2070 Max-Q in the Aero 15 Classic XA. Long story short, I could barely tell the difference between a 144Hz screen and the 240Hz one, and the same goes for the Aero 15's 240Hz panel. You really need a powerful GPU to make the most of such a high refresh rate, and a mobile graphics card, even one as good as the GeForce RTX 2070 Max-Q, still doesn't really cut it. 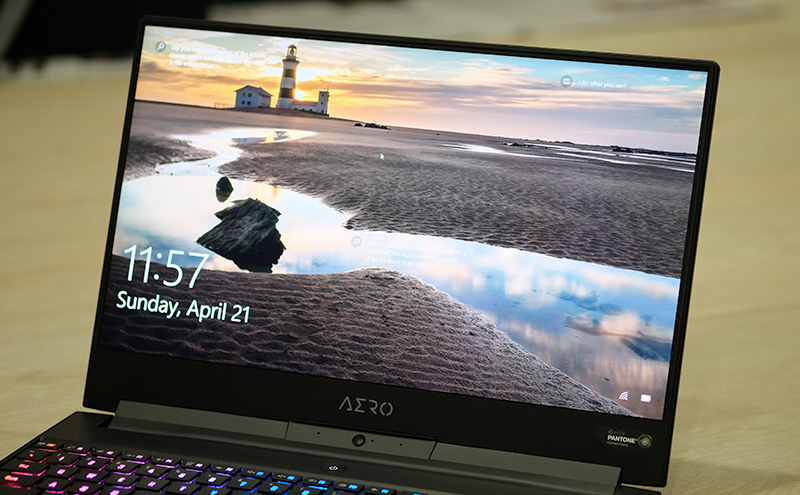 Nevertheless, it does mean that you need G-Sync even less now and problems like stuttering and tearing should be less apparent. That's because each frame persists on screen for an even shorter period of time, so I'm not about to snub the feature outright, especially since it doesn't seem to have driven up the cost of the notebook when compared to the previous generation. Progress has to start somewhere, and maybe one day we'll have mobile GPUs that are fast enough to truly take advantage of it.

Gigabyte is also still highlighting the manufacturers of individual components in the laptop, which is a really nice touch. This means a PCIe SSD from Intel, Samsung DDR4 memory, Killer Wi-Fi, and a Sharp IGZO display with a 4ms response time. Like previous Aero laptops, the display is really the best part of the laptop. Its bright and color reproduction looks excellent, probably because of its X-Rite Pantone calibration. Viewing angles are great as well, and I have no complaints. This particular model also uses an IGZO panel, which is a slightly different display technology than conventional screens.

In a nutshell, IGZO theoretically enables higher resolution displays, lower power consumption, and higher refresh rates. It is also not a panel type like IPS or OLED. Instead, it is a backplane technology – the materials and designs used for the thin-film transistors that turn individual pixels on and off – comprising a transparent, semiconducting compound that uses Indium Gallium Zinc oxide as the semiconductor in place of amorphous silicon (a-Si). IGZO transistors are smaller than their counterparts that use a-Si, so manufacturers can easily scale up the display resolution and squeeze more pixels in. The smaller size also means that the layer of IGZO transistors doesn’t block as much of the backlight as a-Si would for the same pixel densities, which means that lower brightness levels, and hence less power, is required for a certain output. Finally, the higher electron mobility of these transistors also enables higher refresh rates and faster pixel switching, which is probably how the 240Hz refresh rate came about. You can learn even more about the beginnings of IGZO display technology when it first debuted.

The keyboard also deserves special mention. It makes the best use of available space and spans the entire width of the laptop. In addition, the keys feel pleasantly tactile for a laptop keyboard, and the backlighting is bright and even, with support for per-key customizations as well. Other than that, the Aero 15 Classic XA is pretty much the same laptop as the Aero 15Y v9 (the new laptop is part of the v10 generation) I reviewed earlier this year. It has super thin bezels, a compact and slim design, and great battery life. There's a wide range of ports and connectors as well, including one Thunderbolt 3, two USB 3.1 (Gen 1) Type-A, one USB 3.1 (Gen 2) Type-A, one HDMI 2.0, and one USB 3.1 Type-C with DisplayPort 1.4 out. On top of that, there's also an Ethernet jack and a single UHS-II SD card reader. 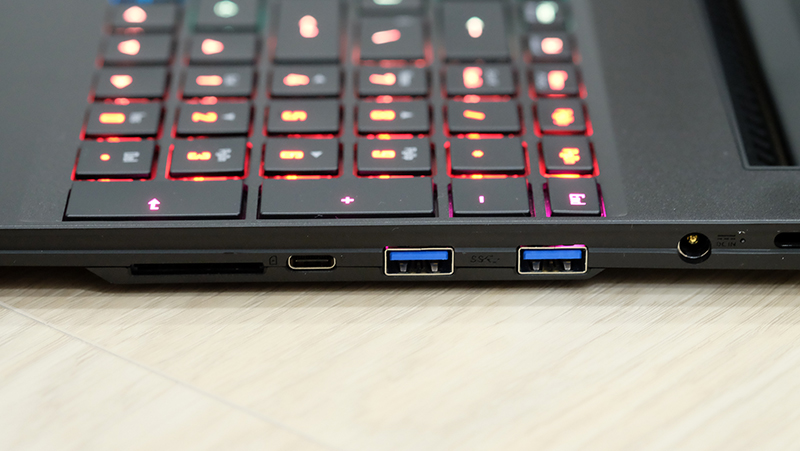