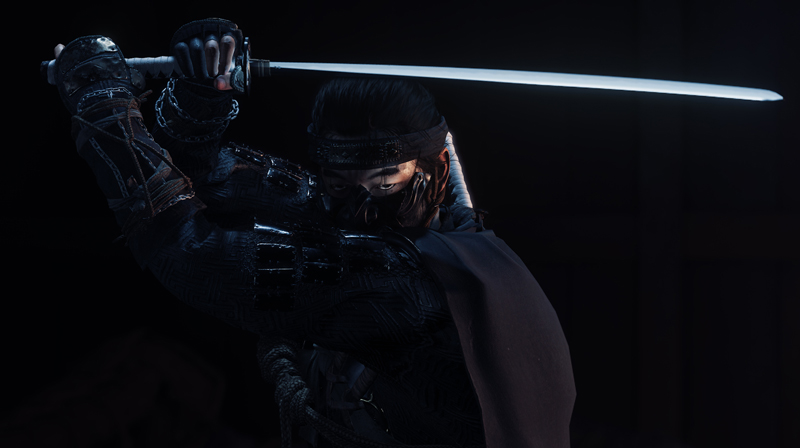 Why watch a samurai game when you can play through one?

There’s a lot riding on Ghost of Tsushima. It’s pretty much the last big PlayStation 4-exclusive game, capping off an incredible run for Sony’s current console generation. This is also developer Sucker Punch Productions’ first game in six whole years, since 2014’s Infamous First Light. Was the wait worth it?

The short answer is yes. This is the Assassin’s Creed: Japan game that fans have begged Ubisoft to make for ages. Exploring the utterly breathtaking island of Tsushima alone is more than worth its price tag. While its combat and environmental design veer towards perfection however, its story and core mission structure is bog-standard. I won’t remember Ghost of Tsushima for much beyond its stunning vistas and fantastic combat. The rest, I will only remember as unfulfilled potential.

The Mongol invasion has begun 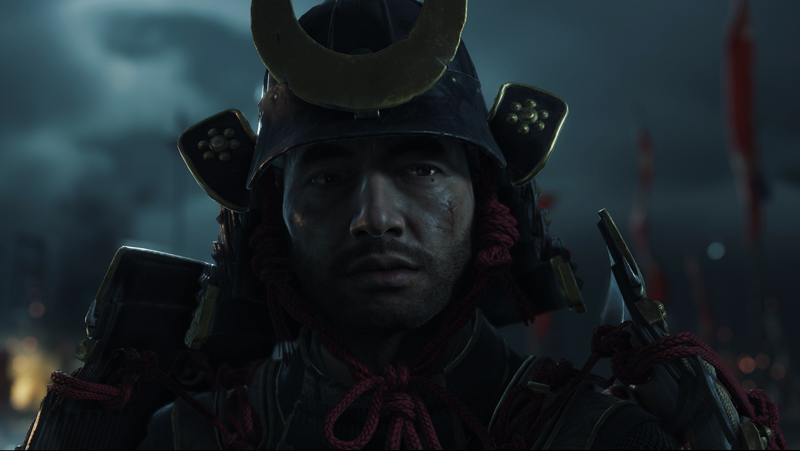 The year is 1274. Tsushima Island was once a peaceful place, before that peace was disrupted by the first Mongol invasion of Japan. Mongol armies have found their way into Tsushima, where only the island’s various samurai clans can defend their people against total subjugation. They fail, of course. The samurai Jin Sakai is one of the few left alive after a brutal battle, leaving him alone, outnumbered and near death.

With the help of a new friend, Jin recovers and swears to free his uncle from the clutches of the Mongol leader Khotun Khan, and restore order to his island. Of course, this is easier said than done. Unlike the samurai, the Mongol army has no reservations about keeping things honourable, and resorts to darker tactics to complete their conquest. To save his people, Jin will have to turn his back on everything he knows... and learn the way of the Ghost.

Sony’s first-party games are known for having a strong focus on story, and Ghost of Tsushima is no different. Though you might find yourself lost for tens of hours at a time while roaming Tsushima, Mongol patrols and side characters will constantly remind you of the main mission: freedom. Jin essentially becomes Batman in Arkham Knight, struggling to retake his home from a hostile force - while chaos erupts at every turn, endangering more lives than he can save. 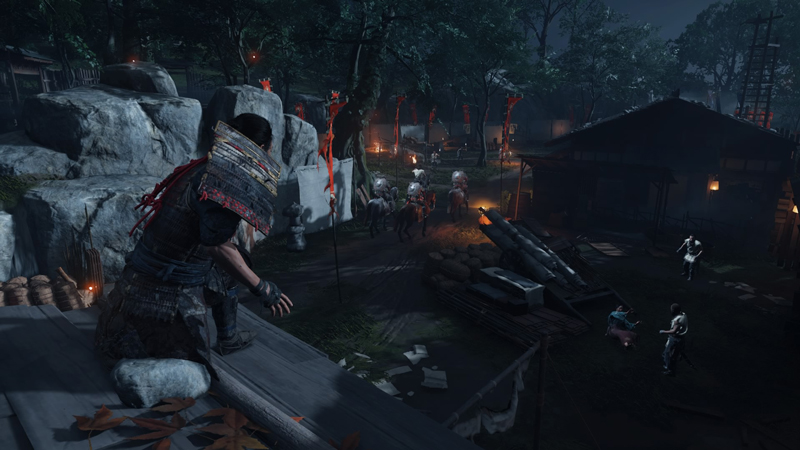 Ghost of Tsushima has high stakes and a memorable (if wasted) villain, but none of that interests me as much as Jin’s own journey throughout the game. The more allies he recruits to his cause, the more he finds himself divided between becoming the Ghost and being a samurai. Stabbing enemies in the back and throwing bombs is not the samurai way after all, but it’s the only way Tsushima gets saved. His interactions with the unbendingly honourable Lord Shimura are particularly fascinating, as tensions rise due to Jin’s actions.

While Jin’s transformation into the Ghost is compelling, it simply doesn’t save the game’s story - which is fairly by the numbers in every other aspect. It’s not necessarily bad, but it is incredibly predictable at every turn, with few surprises and very little emotional depth. Main story missions can be big and bombastic - with huge battles and one-on-one duels, but the second half of the game only builds up to an unsatisfying ending.

Some will compare this favourably to The Last of Us Part 2’s shocking story choices, but I’d prefer something risky over a milquetoast journey like this any day. It’s better than finishing a game and going, “Huh… that’s it?” 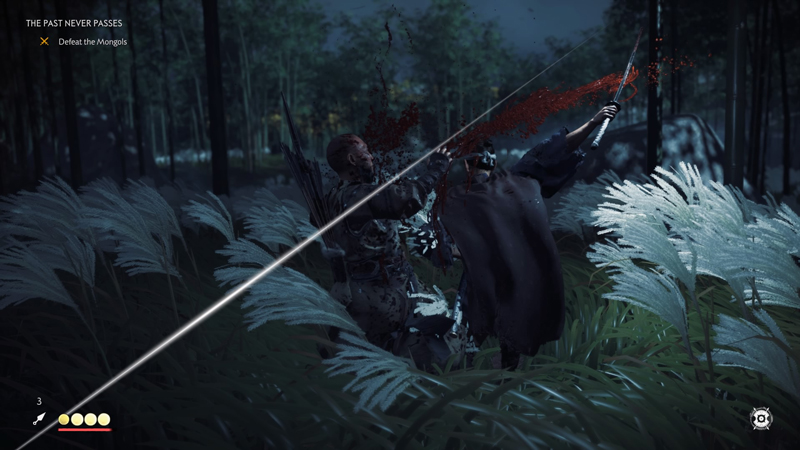 If Jin has to fend off entire armies of Mongols, he’s going to need his tools. Swordfighting is a huge part of this game, and it functions a lot like Sekiro: Shadows Die Twice. Enemy attacks can be parried, countered or dodged - depending on how good your skills are with a blade. You'll have to break a Mongol's defense with heavy attacks, at which point they get staggered and become vulnerable to a flurry of light attacks.

As the game progresses, you’ll find that the Mongols come in all sorts of shapes and sizes. For example, besides the normal brutes with swords, you might run into shield-bearing enemies, massive enemies with big health pools or spear-wielding enemies. To counter each of these enemies and their different weapons, Jin will have to switch between four different sword stances on the fly. Seamlessly switching between every stance is an incredibly satisfying albeit chaotic affair, especially when you're fending off close to ten enemies at once.

Add to that Jin’s variety of gadgets, and combat becomes a well-oiled machine. By tapping R1, Jin can make use of a variety of throwable weapons, such as kunai, explosives and smoke bombs. He can also wield a bow and arrow for faraway enemies, giving him a Spider-Man-like array of weapons and gadgets to bring to battle. That becomes very important in the second half of the game, where the game throws an insane amount of Mongols at Jin all at once, and relying on one-on-one parries stops being an option. 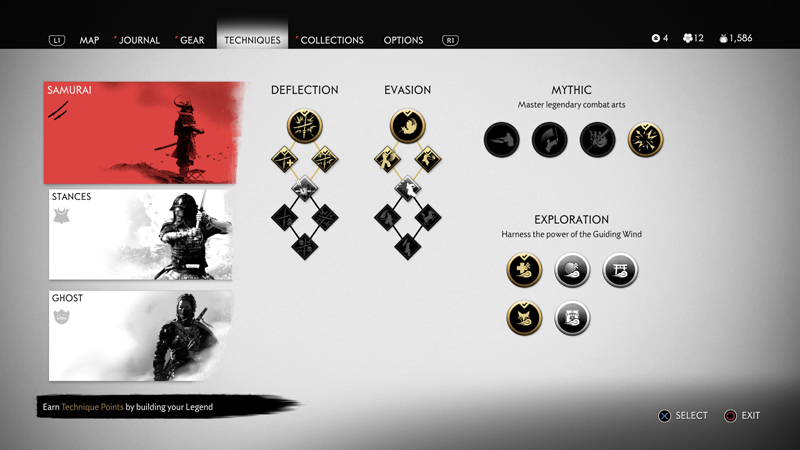 When Ghost of Tsushima’s combat clicks, it becomes a magical experience. Taking on a dozen enemies by juggling all my weaponry, gadgets, stances and parries never got old, despite the fact that a combat scenario triggered just about every ten minutes. In one-on-one duels and bossfights, Jin usually embraces the samurai way and relies on his katana alone - and that’s when combat really shines. As long as you've mastered your parries and dodges, that is. No smoke bombs will save you in those fights.

A janky camera does put a damper on things, though. When bouncing around and cutting through enemies, the camera would often end up behind a bush or above a tree, obstructing the action and leaving me vulnerable. Stealth gameplay feels really shallow as well, largely due to laughably bad enemy AI that’s easy to manipulate. This extends to partner AI, too. You’d better get ready to revive them a dozen times, because they’re nigh useless in combat.

Write a Review
Compare This | Specifications
Fantastic combat (but easy)
Kurosawa Mode
Gorgeous environments
Side characters are pretty memorable
Combat is fantastic and weighty
Enemy AI and partner AI are absurdly bad
Open-world activities get boring eventually, and rarely get mixed up in an interesting way
Facial animation is pretty bad on anything but main story missions
Lots of little visual and audio bugs
Janky camera in combat
Lip sync is terrible in Japanese, and in English it’s inconsistent
Our articles may contain affiliate links. If you buy through these links, we may earn a small commission.
Sponsored Links