Ghost of Tsushima: Director's Cut is a welcome excuse to rediscover its beauty

Ghost of Tsushima: Director's Cut is a welcome excuse to rediscover its beauty

Time to dust off that Ghost armour.

Some time ago, Sucker Punch Productions announced Ghost of Tsushima: Director’s Cut: a revamped version of its open-world game that adds a bunch of PlayStation 5 features on top of a new story expansion. That might already sound like a slam dunk - after all, why wouldn’t we jump at the chance to play even more Ghost of Tsushima? Jin Sakai’s quest to free his home island from a Mongol invasion was a breathtaking, even if at times flawed, fun time all the way through.

However, the new content introduced in Director’s Cut does come with a hefty price tag. Do these new PlayStation 5 upgrades justify the purchase, alongside the Iki Island expansion? Eh, it depends on your priorities. 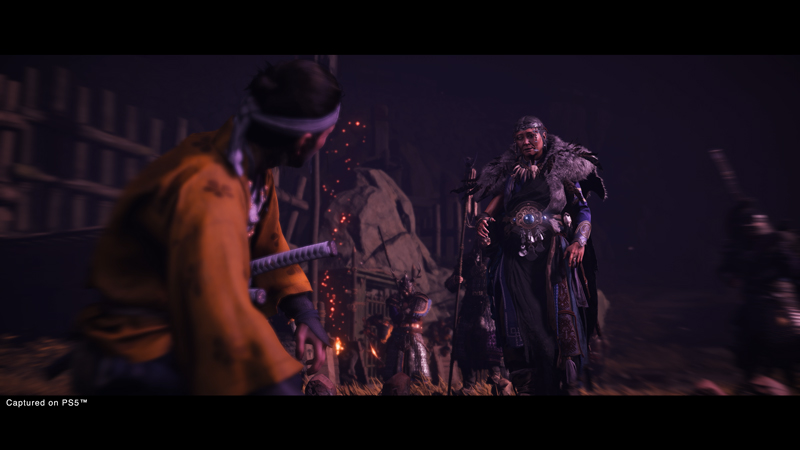 The biggest selling point of this Director’s Cut is its new Iki Island expansion, which adds a whole new region and story campaign to play through alongside the main story. This expansion becomes available to players after they complete Act 1 of the campaign - after which players get access to a much larger slice of Tsushima to explore. Admittedly, I didn’t trudge through all of Act 1 again for this review. I’d already completed the game last year, so I just booted up an old save file and embarked for Iki Island immediately.

Be warned: Iki Island is full of dangerous enemies and you might find them extra difficult to beat if you haven’t completed the game, or upgraded most of Jin’s gear and abilities. Returning to the game after one year was a hilariously awkward time for the samurai (aka me), who seemed to have entirely forgotten how to dodge and parry enemy attacks - or make use of his bombs and blow darts. We got in the swing of things eventually, but don’t expect the game to take it easy on you. Even if you’re not armed to the teeth, it’s not exactly difficult, but I still suggest exploring more of the main story before sailing for Iki.

The new story campaign begins with Jin catching wind of the Mongol invasion reaching Iki’s shores - which especially disturbs the samurai, considering he shares a dark past with the island. Just as the main campaign brings personal stakes to the story via Jin’s relationship with his uncle Lord Shimura, this new story expands on the samurai’s relationship with his late father. Throughout your adventures in Iki Island, you’ll constantly find reminders that the Sakai family is absolutely not welcome here - due to the island being dominated by raiders, and Jin’s family having laid waste to many of them decades ago. 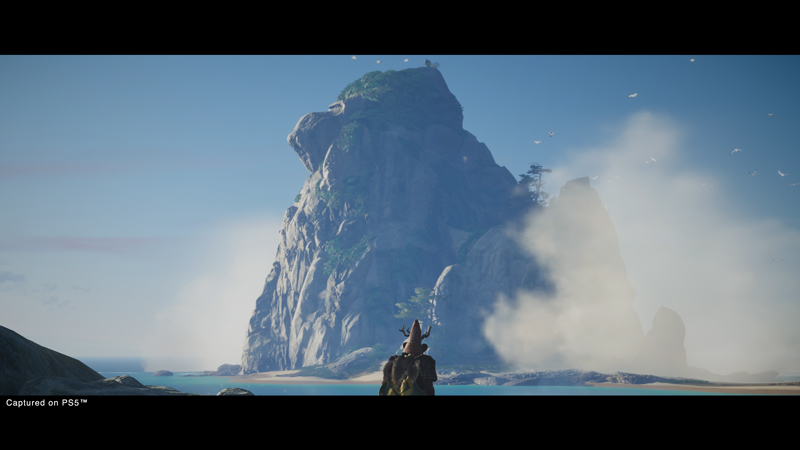 Jin’s complicated relationship with his father grounds this story and gives it much-needed emotional weight, seeing as the rest of the campaign isn’t much to shout about. Jin comes face to face with a new antagonist who uses poison to drive her enemies beyond the brink of madness. Of course, our samurai is made of stronger stuff and survives their first encounter - but then continues to experience hallucinations randomly while exploring Iki and progressing in the main story. Personally, I’m fatigued on hallucinatory plot lines like these - after games like Far Cry 5 and Arkham Knight overindulged in all the surreal imagery, it just doesn’t feel special anymore to have a bad guy constantly be in your head.

It’s also hard to not feel like the new story wastes Jin’s pre-existing friends from Tsushima. While familiar faces do pop up in certain side quests and other parts of the expansion, I really would’ve loved more time with characters like Yuna, Ishikawa and Lady Masako - all of my favourites from the main game, who really could’ve used some fleshing out here. Iki brings us new characters too of course, but I just didn’t get to spend enough time with them to care about their part in the story. I also noticed some fairly janky animations that caught me off guard during big moments in the campaign - though hopefully, these are fixed on release day.

Overall, Director’s Cut feels more worthwhile for its new region rather than the story that comes packaged with it. Iki Island is, unsurprisingly, drop-dead gorgeous. The island is a lot bigger than it looks and comes with a variety of new terrain unseen in Tsushima. New animals wander the environment, like cats and monkeys. The environment shifts from beaches and cove side settlements to overgrown forests housing old battlefields. I found myself turning off quest indicators often, just to wander around Iki and explore its secrets undisturbed. New activities like finding animal sanctuaries and reliving old memories are also scattered around the island, which provides a welcome reprieve from the repetitive cycle of finding katana skins and chasing down foxes for charms. 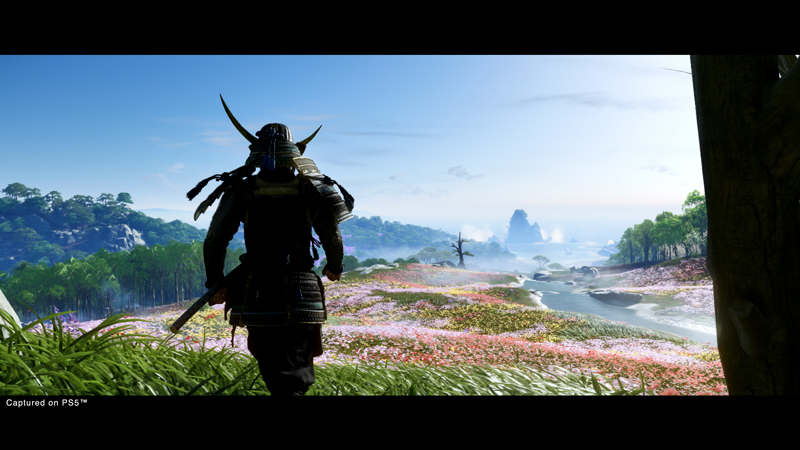 Ghost of Tsushima Director’s Cut also adds a couple of features exclusive to the PlayStation 5 version of the game. PS5 owners get to play Director’s Cut at a dynamic 4K resolution that targets 60fps - which sounds like the ideal way to explore the mind-bogglingly beautiful world Sucker Punch has created here. I also got a feel of the new haptic feedback and adaptive trigger support for the DualSense controller, and it definitely adds a nice layer of immersion to the bloody strikes and tense stand-offs dealt by Jin.

If you’d rather experience Ghost of Tsushima in its Japanese dub, you’ll be relieved to hear that it’s finally getting a proper Japanese lip-sync. You can also transfer PlayStation 4 save files over to your new console, and it’s a thankfully painless affair (you just hit ‘upload PS4 save file’ on the main menu) compared to other games that have you re-download the entire last-gen version of a game just to transfer a save file. Load times were already insanely fast on the vanilla PS4 version of the game, and they have now achieved blink-and-you-miss-it speeds on the PS5. It certainly makes the jump to next-gen seem worthwhile. 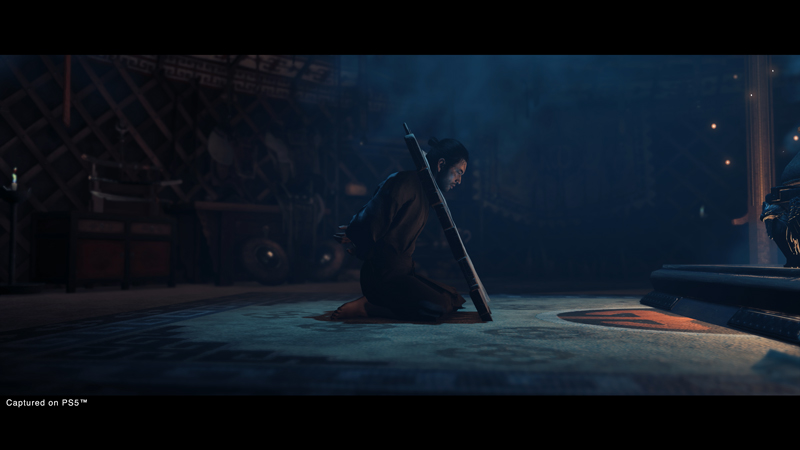 Let’s talk about pricing. If you already own Ghost of Tsushima on PS4, the PS5 version of Director’s Cut will cost you S$40.90. If you own Director’s Cut on PS4 (which is S$79.90), then you’ll need to pay an extra S$18 for the PS5 version. The question you then have to ask yourself is: are these PS5 upgrades worth S$18? I think not. Games like God of War, Days Gone and even Ratchet & Clank offered free visual upgrades for their PS5 versions (admittedly, some less intensive than this game’s), so I don’t see why you should fork out the extra cash to play this game with fixed lip-syncing for the Japanese audio and haptic feedback. They’re hardly necessary additions, although there’s an argument to be made for the increased 4K resolution.

Personally, I think slapping a price on new-gen features for a game that you'd already own is a rather shady move, but you do you. For what it’s worth, I do think that Iki Island and the campaign expansion is absolutely worth the purchase, as long as you loved the original game and want more of it. The story itself won’t blow you away, but this is still one of the best open-world games we’ve played in a long time with an even prettier coat of paint. The new-gen features on the other hand, are hardly worth the extra fee. 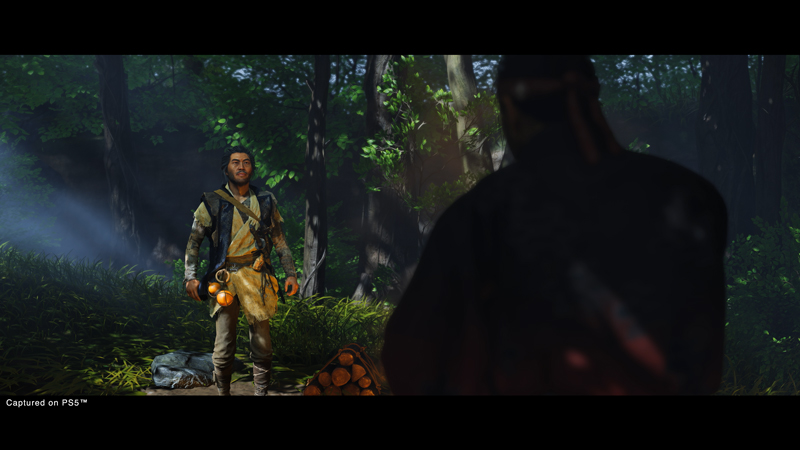 Ghost of Tsushima was a great open-world action game, and now it’s even prettier. The PlayStation 5 version of Ghost of Tsushima: Director’s Cut adds a higher framerate, quick loading times and an increased draw distance. However, the new story expansion and region of Iki Island are much bigger than one might expect, and feel like a natural extension of the game in its bombastic action and mindful exploration. Its story, dealing with Jin and his late father, also goes to some interesting places and further cements the samurai as one of PlayStation’s most interesting game protagonists yet.

If you want more Ghost of Tsushima, we’d be hard pressed not to recommend this expansion. Even more so, if this is your first time experiencing the game. Did we also mention it adds cats to the game? Because… cats.

Write a Review
Compare This | Specifications
Even better visuals
Iki Island is gorgeous and worth exploring
New activities are fun
PS5 features' extra fee feels unjustified
Story expansion isn't as engaging as the main campaign
Sidequests are still fairly repetitive
Our articles may contain affiliate links. If you buy through these links, we may earn a small commission.
Sponsored Links