On Crysis Warhead, we noted that the Radeon HD 7970 put up a much better fight, seeing that their scores were almost identical. Comparing the GeForce GTX 680 against its predecessor, the GeForce GTX 580, we can see a healthy performance increase of more than 20% across all resolutions and settings.

According to the performance log, the GPU clock speed reaches an average of 1084Hz, with power usage at 97% in our example below. At this point, the temperature was 77.0 degrees Celsius. At certain points of the benchmark, the GPU clock reached a maximum of 1100MHz but at that point, its power usage registered 87%, meaning it had some headroom to boost clock speeds and it did just that. 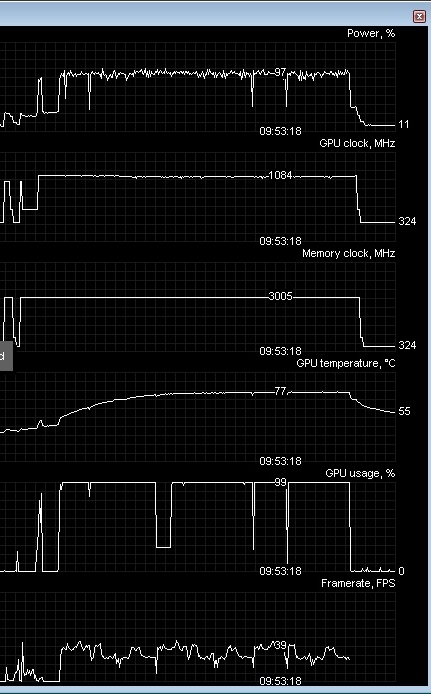 For the Far Cry 2 benchmark, the GPU clocks reached a maximum of 1100MHz, with power consumption at 89%. During the duration of the running the benchmark, its GPU temperature was roughly 62 degrees Celsius, cooler than its average temperature recorded for Crysis Warhead. In the graph, you'll notice three distinct segments because we used a benchmarking tool to obtain three consecutive runs in one flow.