For this gaming benchmark, the GPU clock speed reaches an average of 1084Hz, with power consumption at our recorded instance spiking to 107%. Its temperature increment was gradual, from our recorded reading of 57.0°C  to its gradual peak at about 61.0°C. At certain points of the benchmark, the GPU clock reached a maximum of 1100MHz but at that point, its power consumption registered just 67%.

On Batman: Arkham City, the GeForce GTX 680 performed stunningly. On a whole, it was more than 15% quicker than the Radeon HD 7970 and was even quicker overall than the dual-GPU GeForce GTX 590 and Radeon HD 6990. Of course, we should also not forget that PhysX that's supported on the card contributed to the score further.

In Batman: Arkham City, the performance log was registering a large portion of GPU activity outside the actual gaming benchmark. The actual benchmark logging began when the power consumption graph was registering its wild swings. The GPU clock had its peak at 1100MHz with seemingly regular troughs at 1006MHz. GPU temperature averaged at about 57.0 degrees Celsius. 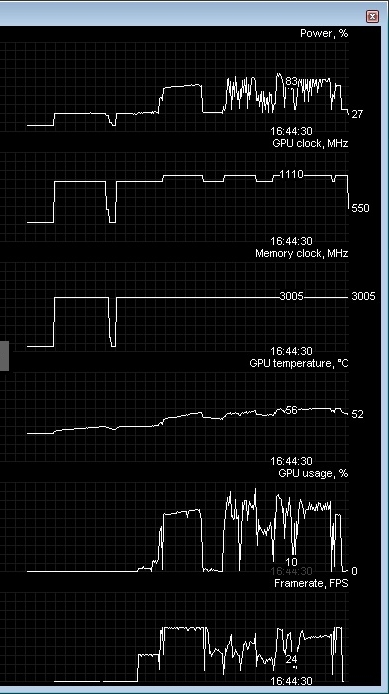 The GeForce GTX 680's impressive performance continued on Dirt 3 where it easily blitzed the Radeon HD 7970 by more than 25%. In fact, it also comfortably thrashed the dual-GPU Radeon HD 6990 and its results were comparable to GeForce GTX 590.

In our final gaming benchmark Dirt3, the GPU clock jumped to its maximum of 1100MHz and stayed there for the duration of the test. The GPU ran at a peak temperature of 66.0 degrees Celsius while power consumption was averaging 98%. So far in our case, GPU Boost was able to get the GPU to run at 1100MHz for the most part of our benchmark tests. 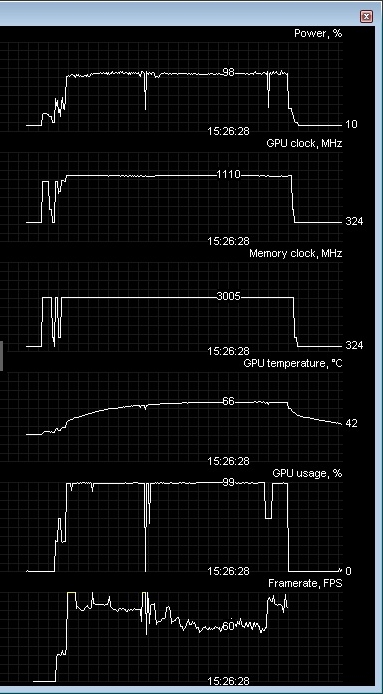