Kepler's Laws Are Binding and Enforced

With the GeForce GTX 680 labeled as its new flagship product based on the Kepler architectures, we feel that NVIDIA has posed a serious challenge to AMD even though the latter has had a head-start in bringing its Southern Island GPUs to the retail market. The first and probably most significant guiding principle of achieving higher clock speeds with its Kepler GPU core has entailed in the evolution of its previous generation streaming multiprocessor (SM) block to Kepler's current updated SMX block. Besides sporting a re-jigged architecture, the launch of Kepler marks the adoption of the 28nm silicon fabrication process for its new generation GPUs. Its adoption also allowed Kepler to pack in many more CUDA cores into each SM block and yet managed twice the performance per watt of the old SM block. As a result, GeForce GTX 680 takes the pole position as the fastest single-GPU graphics card now - in most cases at least. 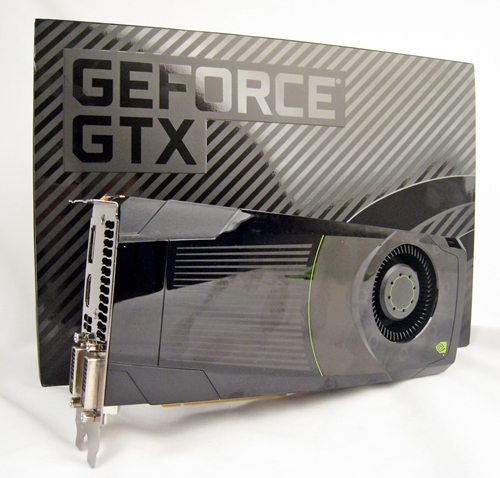 Not only is GeForce GTX 680 taking the lead in most of the benchmark tests, its suggested pricing of US$499 puts its squarely between AMD Radeon HD 7970 and 7950. If the launch price holds true, AMD will need to reduce its pricing of its two 7900 series variants in order to hold on to what little first-to-market advantage it has had enjoyed till now.

The Kepler GPU has also achieved its mark with lower power usage and NVIDIA has in-turn used its balance power consumption overhead to boost GPU clock speeds for further performance. Called GPU Boost, it works well as we've seen from our testing. The concept is very similar to Intel's Turbo Boost to maximize performance from the silicon. As such, our standard power consumption test isn't quite as reflective of its capabilities because the GTX 680 is trying to boost its clock speeds to use up balance power budget while the comparison GPUs function normally. In any case, we feel that NVIDIA deserves a mention here for its efforts in balancing power efficiency with GPU performance. Its superlatives don't just end there as it's also the quietest high-end graphics card ever - no matter at idle or at load.

With its performance, power efficiency, quiet operation and a list of new distinguishing features, the GeForce GTX 680 is easily a GPU which we will strongly recommend for your gaming needs. With its improvement over the previous generation for 3D Vision Surround on just a single GPU (and even supports a fourth screen for miscellaneous usage), Kepler further consolidated its lead as the choice graphics card for gamers who need to satisfy their 3D gaming needs. For a single-GPU graphics card, the GeForce GTX 680 is quite a remarkable one when considering all of its improvements and capabilities.

What's next now? Well, if you consider the GeForce GTX 680's GK104 core code, it's meager 195W TDP, a spare spot for yet another power connector, the interesting price point and the rumors of a faster GPU SKU, all these signs seem to point that NVIDIA does have something else in the works that would easily exceed the GTX 680. Of course at this juncture, NVIDIA doesn't really have an urgent need to reveal anything else superior but we've a strong hunch that they are saving the cream of the crop for a later time. Nevertheless, expect to see the Keppler architecture trickle down the series to many other price points in the months ahead, including refreshing the mobile GPU lineup like the GeForce GT 640M that is featured in the slimmest and lightest multimedia machine ever, the Acer Aspire Ultra M3.