Nothing Platinum About it

Nothing Platinum About it

The original reference Radeon X1600 XT seemed like a relic from a previous era due to its loud whiny cooler. It may have looked small and harmless but the fan did generate significant amounts of noise. The actual shipped cards from ATI's partners tend to improve things somewhat, since they have the leeway to introduce versions with silent, passive coolers or third party coolers that worked better than the original. 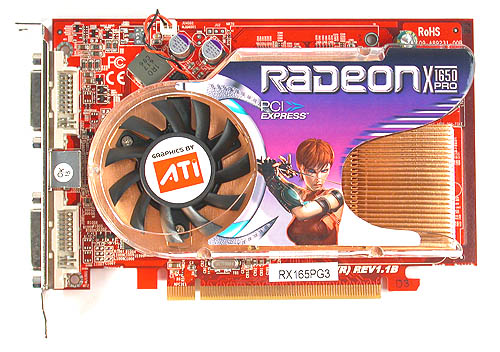 Someone has obviously been listening to this feedback because the GeCube Radeon X1650 PRO Platinum uses a relatively quiet cooler. Looking like a stripped down version of GeCube's Uni-Wise cooler (the heat pipes on that GeCube proprietary cooler has unfortunately been removed in this case), this copper based cooler with aluminum fins relies on its fan to do the job. 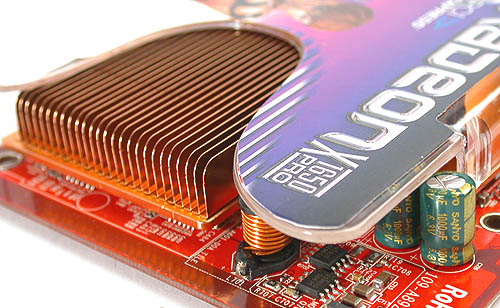 GeCube has also overclocked the memory frequency for its Radeon X1650 PRO Platinum, which we presume is the main reason why this Radeon comes with a 'Platinum' tagged to its name. The core clock remains at the standard frequency of 600MHz while the DDR3 memory modules have been bumped to 1500MHz DDR from the 1400MHz default. With such a minor speed bump, we doubt that benchmarks scores would improve much but let's leave that to the results later.

Another major point to note is that unlike most Radeon X1600 XT cards that we have seen, the GeCube Radeon X1650 PRO Platinum does not come with a Rage Theater ASIC. While this is our first Radeon X1650 PRO retail card, we have noticed that the few other such cards on the market all have Rage Theater chips onboard. It seems rather strange that GeCube has chosen to omit this feature. Not many users would likely utilize it but it is always better to include it and stay on par with the competition.

True to GeCube's usual practice of bundling only the basics, there are no extras in the package. We did find the standard CD containing the graphics drivers but there are no other applications or games. While half-expected, we were still disappointed since this is after all a 'Platinum' version. Here's what we found in our bundle: