Garmin Forerunner 645 Music review: Ensuring you'll always have a soundtrack to your workout

Garmin Forerunner 645 Music review: Ensuring you'll always have a soundtrack to your workout 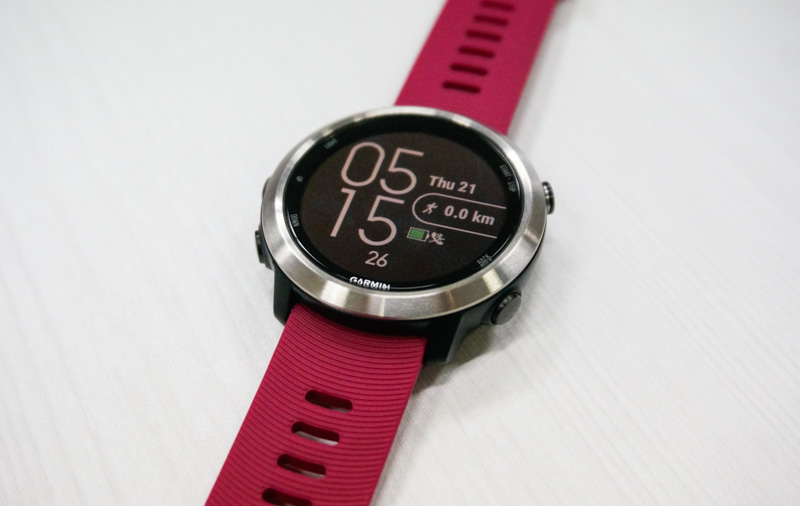 Garmin has been in the GPS business for a long time, and they’ve since produced a number of fitness trackers based on the technologies that they’ve built up over the years. The recent Garmin Forerunner 645 Music takes this slightly further by adding a bit of a lifestyle slant - it’s an “Advanced GPS Running wearable device” that also builds in a music player so you can go for runs without your smartphone (or portable media device), much like the Apple Watch and the Samsung Gear Sport.

As such, the Forerunner 645 Music comes with 3.57GB of onboard memory, good for about roughly 500 songs (your mileage may vary). Streaming music on the go from online streaming services is unfortunately not supported so you’ll need to have access to the songs offline if you’re using these services. Currently,  iHeartRadio is available on the Garmin ConnectIQ store and Deezer is slated to be available later. We don't have any word on Spotify being available on their store, so we'll rule out that option. The surest way, for now, is to have a personal music library stored on the Forerunner 645 Music's onboard memory. 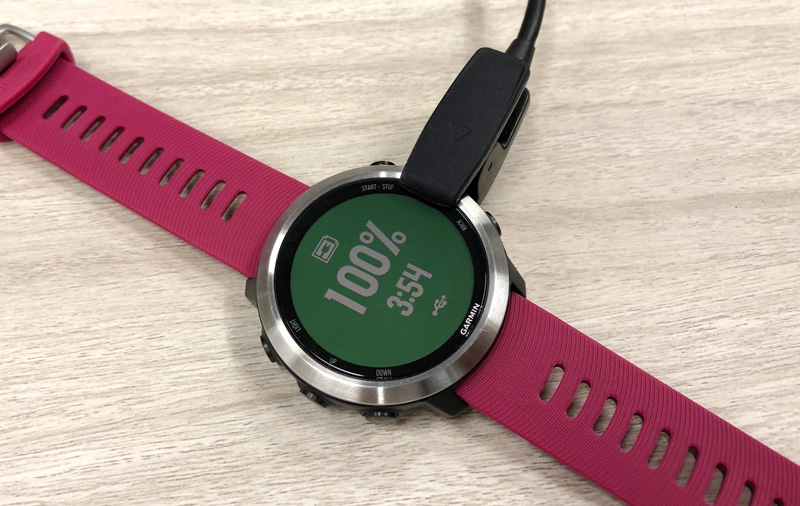 If you have the files to begin with, getting music on the watch is a simple affair. Simply clip the USB cable to the side of the watch, and connect it to your laptop/desktop. It’ll pop up as an external drive that you can access via Windows File Manager. You can also use the Garmin Express app, and this is also how you get firmware updates.

Of course, you’ll need a set of wireless headphones to enjoy your music, as the Forerunner 645 Music doesn’t come with any audio jacks (and we don't foresee that to be a viable option either).

The Forerunner 645 Music has a fairly simple design. Five buttons are laid out across both sides of the watch, and Gorilla Glass 3 covers the display for extra protection. We like that the user-replaceable silicone strap uses standard lugs, so you can fit any 20mm strap in to change up the look.

The screen is bright and clear so we had no issues reading the display, even in bright sunlight. And there’s of course a button to illuminate the face. Garmin has even integrated the light with the indicator so the watch lights up whenever you raise your wrist, handy when you’re training in darker conditions. 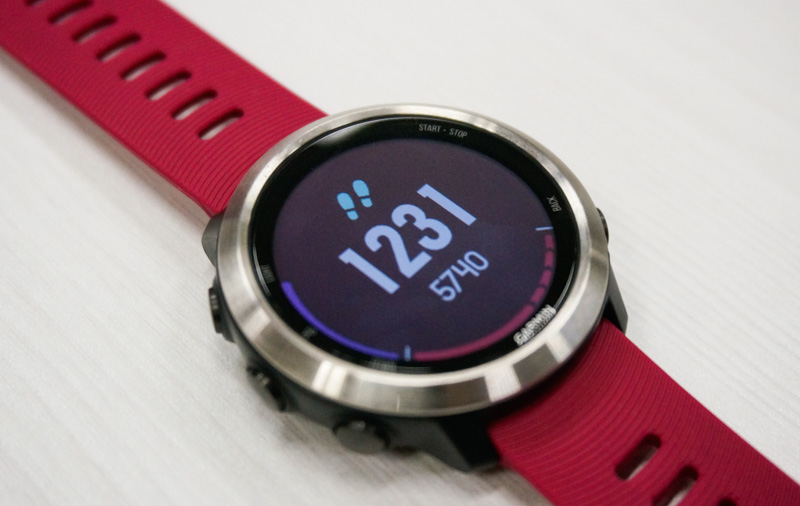 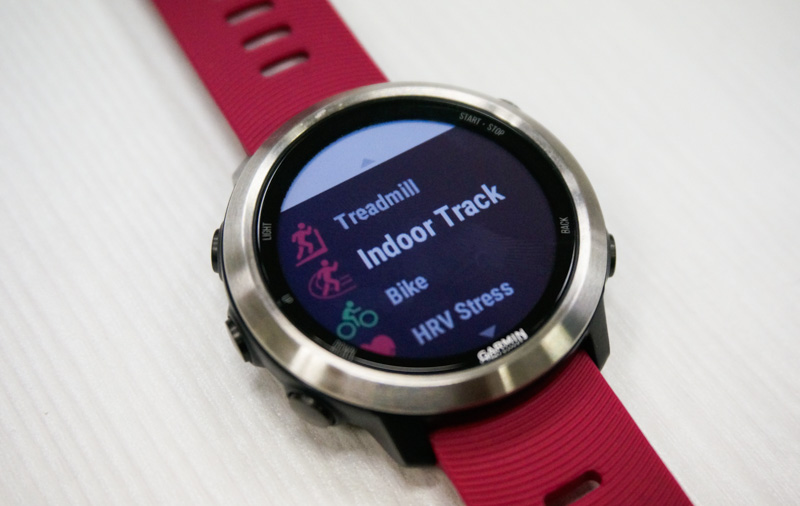 In terms of training options, the Forerunner 645 Music comes loaded with activity tracking options, so you can use it to track anything from Elliptical Training to Yoga to Snowboarding or even Stand-up Paddleboarding. It also automatically maintains your daily step count for you, so you'll have a basic set of fitness information logged in without requiring any inputs from you. Hook the watch up to your computer and log in to the Garmin Connect webpage and you'll get a mapped out route of your just completed running workout, including a detailed breakdown of all stats captured during your workout. 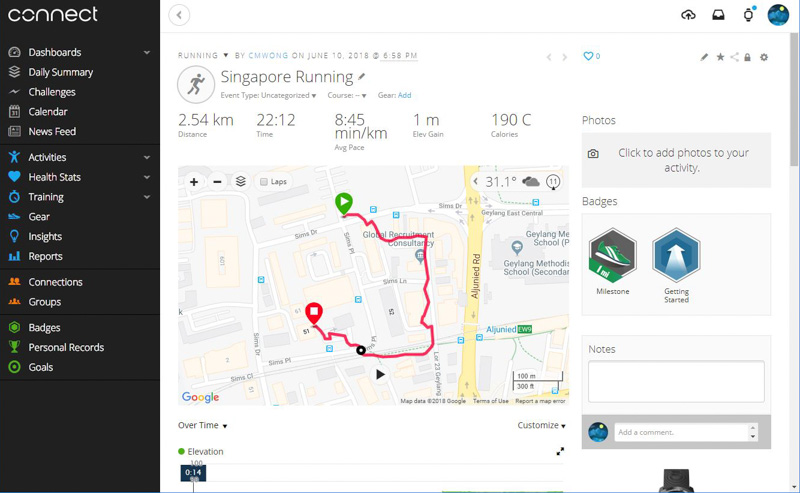 The onboard music player is simple but it just about does the trick, displaying album artwork with the currently playing track (that is if you transferred the album artwork as well). 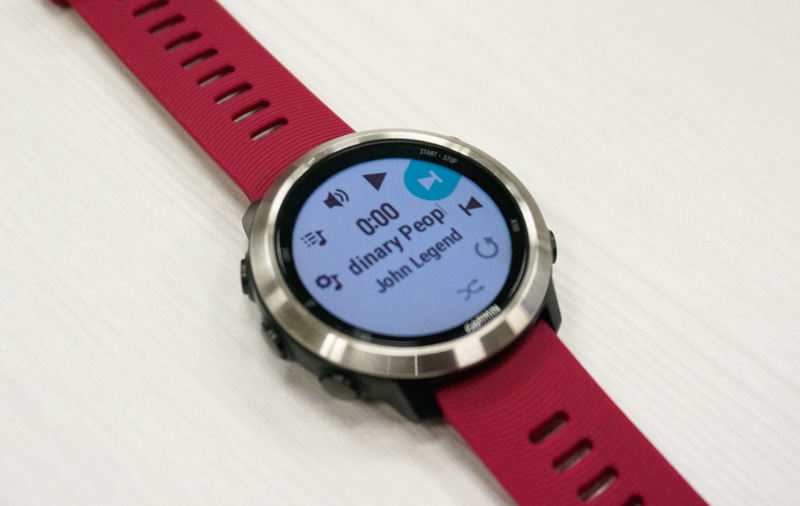 Thankfully, there’s at least a shortcut to the player itself so you don’t have to scroll through all the functions on the watch just to get to your music. A long press of the “down” button on the workout screen takes you straight to the music screen where you can skip tracks or adjust volume. There aren’t any EQ options either, so you’re basically left with the default audio profile of the watch.  “Basic” would be the best way to describe the onboard player, as there’s no way to jump to a particular track directly other than to step through each track up and down the play list. The controls only let you go forward or back a track with each press, so that can be frustrating if you’ve loaded a lot of songs onto the watch.

The Forerunner 645 Music promises up to seven days of battery life in Smartwatch mode, and up to five hours of music playback with GPS activated, so it should easily last long enough to take you through your daily workouts.  At just over 42 grams, its weight is comparable to a regular watch too.

Performance as an audio player 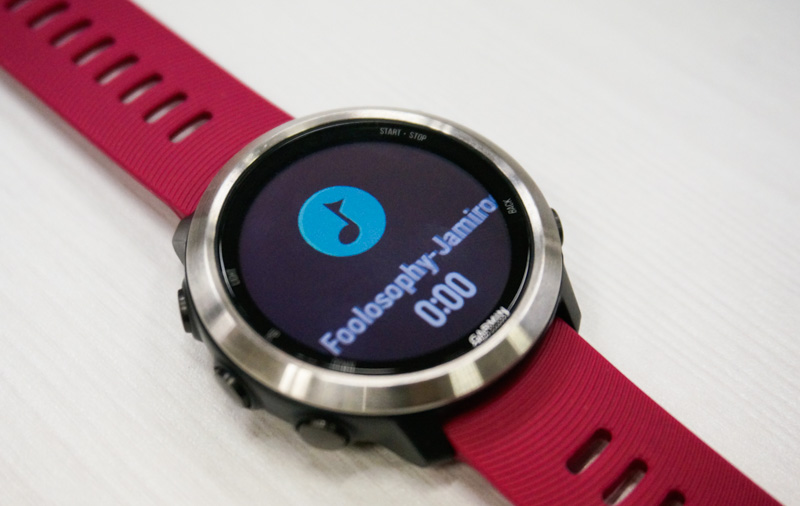 In terms of audio, we were surprised to hear how different the performance of the Forerunner 645 Music is at different volume levels. Run it at lower volume levels and you’ll find that the audio is tinny, so much so even good quality audio files end up sounding like low-quality versions. Bring it up past the halfway mark, and you’ll find that you get back some of the mid-range for a more acceptable performance. Still, we find that the Forerunner 645 Music struggles a little with the lower mids and bass. For reference, we paired the smartwatch with both the Sennheiser CX 6.00BT and the Jaybird X3 pair of wireless headsets.

For example, on a recording of Girls on the Dance Floor by Far East Movement, we found the lower mids to be lacking. The bass in this piece should be full and thumping to get people moving on the dance floor, but with the player on this watch, it comes out as lean and unexciting.

Highs and mids are where the watch handles better. A recording of All of Me by John Legend is rendered quite nicely by the Forerunner 645 Music, with the piano work and Legend’s vocals nicely rendered. Meanwhile, shifting to a recording of Tiesto’s Elements of Life showed that the watch had good attack, but it also presented a smaller soundstage overall than expected.

Instrumentals would seem to be the best fit for the Forerunner 645 Music, but I doubt that’s the type of music you’ll be listening to when you’re going for a run or hitting the weights at the gym, so it may seem the Forerunner 645 Music has been built with the wrong sound signature in mind. Worse yet, we noticed stutter and jumping on some tracks, which is unacceptable when listening to offline tracks and that made for an unpleasant listening experience.

As a fitness tracker, the Forerunner 645 Music is certainly a capable one. It offers a good amount of functions for tracking a large variety of sports, with the ability to give more detailed feedback via the webpage and the companion desktop app. However, we can’t say the same for it as a digital audio player (DAP) functionality as the controls are limited and the audio quality isn’t on par for an S$599 device. So, it’s certainly something to get only if you want a good fitness tracker first, with the DAP feature a small bonus.

Write a Review
Compare This | Specifications
Great fitness tracking options
Good battery life
Easy to load tracks onto the player
Music player isn't user-friendly
Audio quality is poor for the price
Our articles may contain affiliate links. If you buy through these links, we may earn a small commission.
Sponsored Links