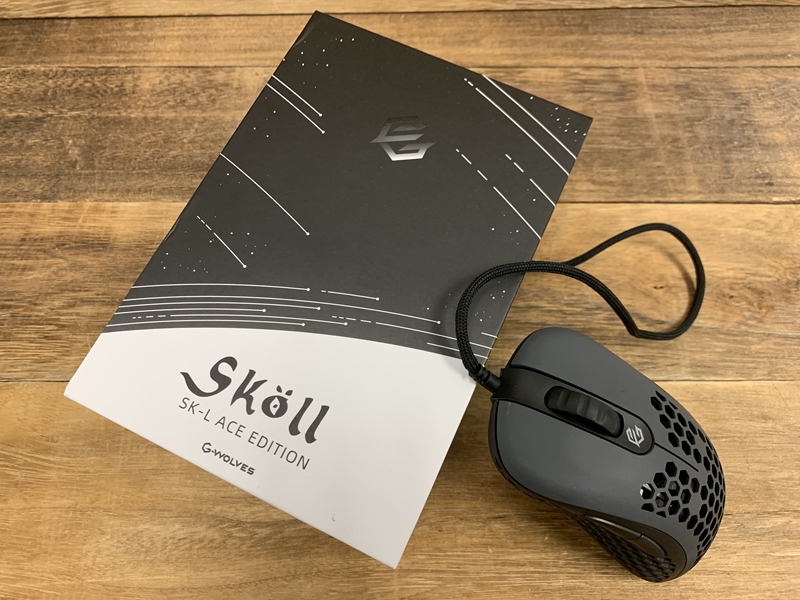 This is one of the lightest ergonomic gaming mice ever

As a gamer, when it comes to mice, I’m more interested in performance and ergonomics, rather than the exterior. It could be hot pink and have unicorns on it, but if it does well in gaming scenarios, you can bet I’ll give it some thought.

The G-Wolves Skoll SK-L Ace Edition is one half of the Skoll and Hati pair introduced by the Chinese company. Named after the two wolves that chase after the sun and moon in Norse mythology, the pair are targeted at pretty different audiences. While the Hati has an ambidextrous shape reminiscent of the G-Pro Wireless, the Skoll reminds me more of Zowie's EC series of ergonomic, right-handed mice. 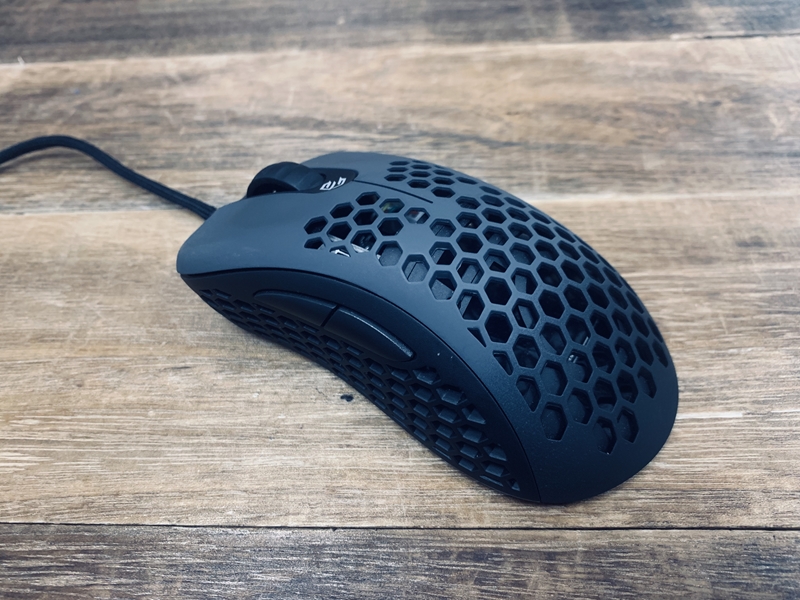 Like many other lightweight mice today, the Skoll features a honeycomb shell to cut down on weight. It weighs a mere 66g, making it quick and nimble in hand. The honeycomb design was arguable popularised by Finalmouse’s Ultralight series of gaming mice, although Thermaltake was actually the first to put holes in its mice. This slightly quirky design has been gaining a lot of traction lately, as manufacturers race to push out increasingly lighter mice to appeal to competitive players seeking every advantage they can get.

It's not just empty marketing fluff either, and a lighter mouse truly does make it easier to track and flick to targets. And because you're dragging less mass around, it's also less tiring to use over long hours.

However, I personally prefer mice that are slightly heavier, so adjusting to the difference in weight took me a fair bit of time. That being said, if you’re accustomed to lightweight mice already, you can skip this bit and getting used to the Skoll should be a cakewalk.

Apart from the two regular mouse buttons, each packing a 50-million click Omron switch, the Skoll sports two side buttons like most other gaming mice today. These can be programmed in G-Wolves software as well if you'd like to use them for something other than forward and back. For RGB fans, there’s also a thin LED strip encircling the base, with several lighting patterns to choose from. The two little buttons on the base control the lighting and DPI presets, and the latter being located at the bottom ensures that you won't hit it accidentally while in game. 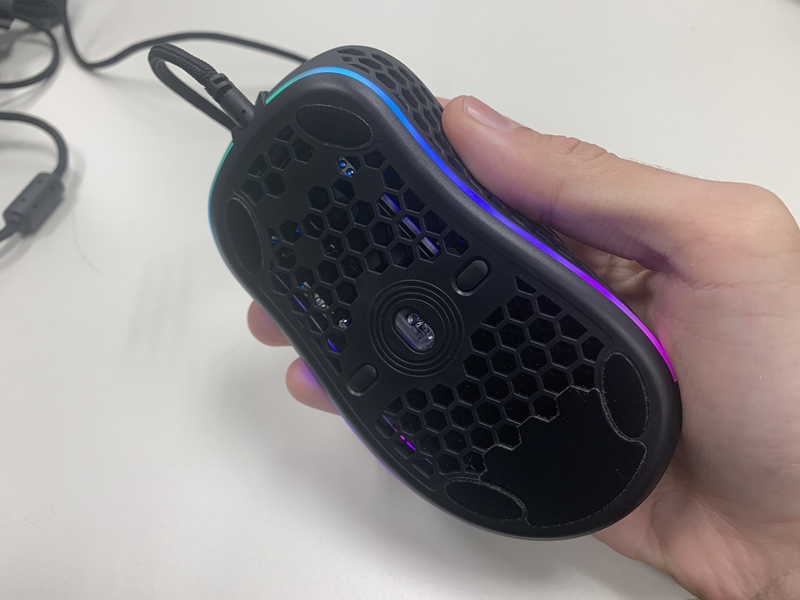 The Skoll is also really comfortable to use, although the ergonomic shape means that palm-grip users will probably find it a better fit than claw-grippers or even those who prefer the fingertip grip. The grip feels natural, and it fills out your hand nicely, and it'll likely be a hit with anyone who likes ergonomic mice. Compared to most other ambidextrous mice, the hump is pretty tall, sitting at 42.3mm high. Size-wise, it's situated somewhere between the Zowie EC1 and EC2. And no, my hand didn’t end up looking like a piece of cheddar cheese after playing.

I should also point out that this is a medium-to-large mouse, and is probably best suited to those with larger hands.

The paracord-style wire is a nice touch as well and in keeping with what other similar mice are offering. It's soft and supple, with minimal cable drag. You should be able to use this without a mouse bungee with few problems. 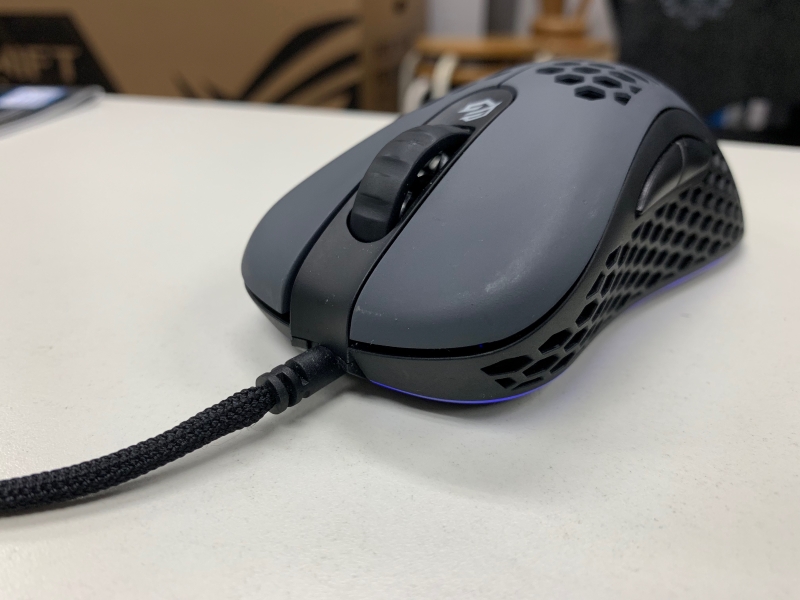 The PMW3360 optical sensor on the Skoll can be configured between 200 and 12,000DPI and customised based on increments of 100DPI. A DPI button at the bottom will let you toggle between the different sensitivity stages, and you can also select how many steps you want in the mouse's software. The PMW3360 is widely acknowledged to be a flawless sensor, which means there's no noticeable jitter or acceleration. This is true in practice as well, and there are no problems with tracking on this mouse. 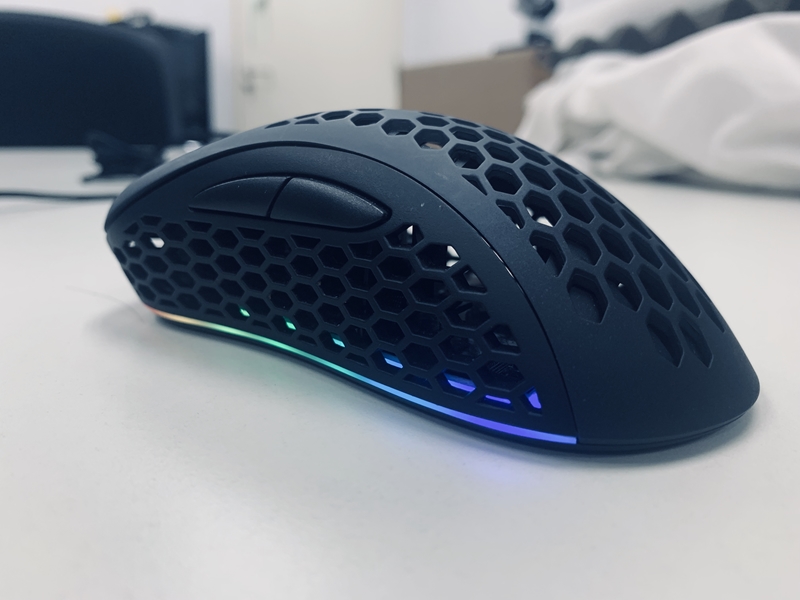 After giving it several test runs, I feel the Skoll works best in frantic, high-intensity titles like Borderlands 3. The crosshairs followed my mouse movement to a T, lining up headshot after headshot with ease.

The mouse feet are pretty good too, and they're smooth and don't have that scratchy feeling that some other newly unboxed mice have.

In the box – which is a nice tin one with fancy graphics illustrations – you also get replacement mouse feet, extra switches, and grip tape. That's more than many mice come with today, and G-Wolves has clearly given some thought as to what you'll need for the mouse moving forward. 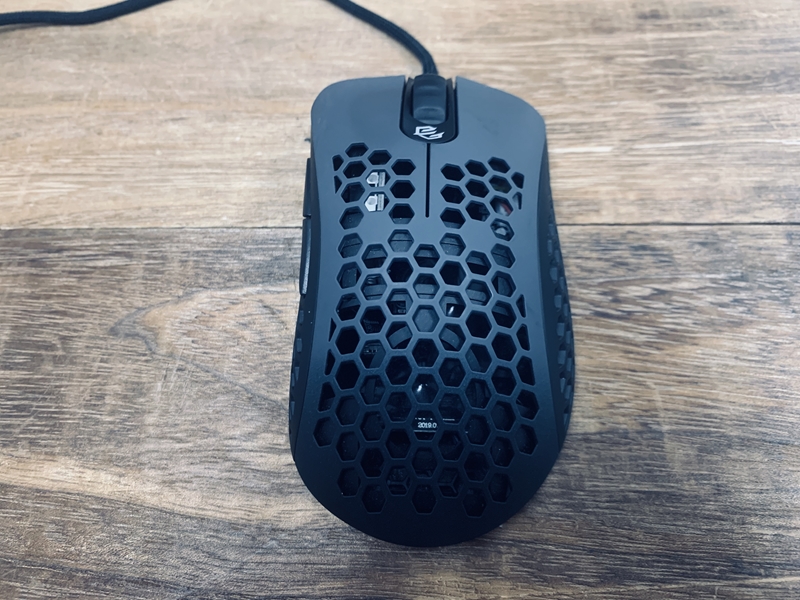 Of course, no review is complete without talking about the price. The G-Wolves Skoll goes for US$69.99 (S$90) on Amazon, or US$58.90 from X-raypad, so it’s not going to break the bank for the most part. It's definitely pretty affordable, but there are just a couple of things holding it back for me.

For one, it looks cheap. I know people say not to judge a book by its cover, but when you’re glancing over your top-of-the-line gaming setup and your mouse looks like it was picked up at a garage sale, let’s just say it can really kill the vibe.

The Skoll is also up against some stiff competition, including mice like the Glorious Model O and O-, Razer Viper, and Cooler Master MM710. It's not even the lightest, or best-looking of the lot, seeing as the Razer Viper is only slightly heavier but has a solid shell. However, it does fulfill a very specific demand for ergonomic and lightweight mice. Zowie's EC2 weighs 90g, so the most direct competitor to the Skoll is probably Xtrfy's M4, which weighs 69g and also comes with RGB lighting. The M4 is also around the same price at US$59, so the two are pretty much neck-and-neck in terms of value.

Put simply, there is no shortage of ambidextrous, lightweight mice right now, but we could sure use more ergonomic options. The Skoll fits that niche nicely, and it looks like it could still be very competitive for those who really like right-handed mice.