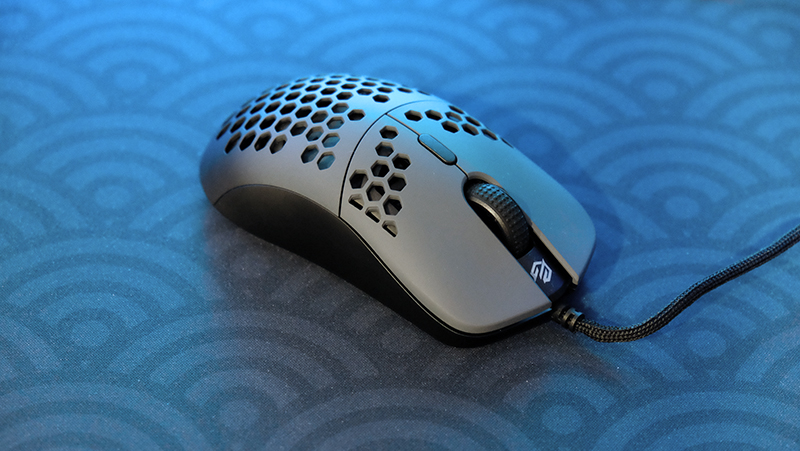 Everyone wants a slice of the ultralight pie

G-Wolves is a company you really should start paying attention to. The Chinese firm may not have the clout of Logitech, Razer, or even Glorious, but their recent mice have generated quite a lot of interest among mice reviewers and the enthusiast gaming community. I hadn't even heard of them until this year, but I've come away really impressed by the Hati, their latest gaming mouse.

The company is also remarkably in tune with the hottest trends in gaming mice right now. What's exciting is their ability to pump out quality mice in such a short time, and with good implementation of the features that people are clamouring for. In 2019, this means a super lightweight mouse, a soft and flexible cable that mimics the feel of paracord, and a flawless optical sensor. There's also a heavy focus on esports- and FPS-oriented mice. That's why you'll hear a lot of people talking about the importance of mouse shape and how it suits a particular grip style, instead of fluff like RGB lighting and a ton of extra buttons.

The G-Wolves Hati is one with the times, and it features a very comfortable shape that is similar to the Logitech G Pro Wireless, which happens to be one of the best wireless gaming mice today. It's even piqued the interest of certain prominent streamers, including Turner "Tfue" Tenney. Here's a closer look at the mouse and what it offers.

This is what happens when a company pays attention 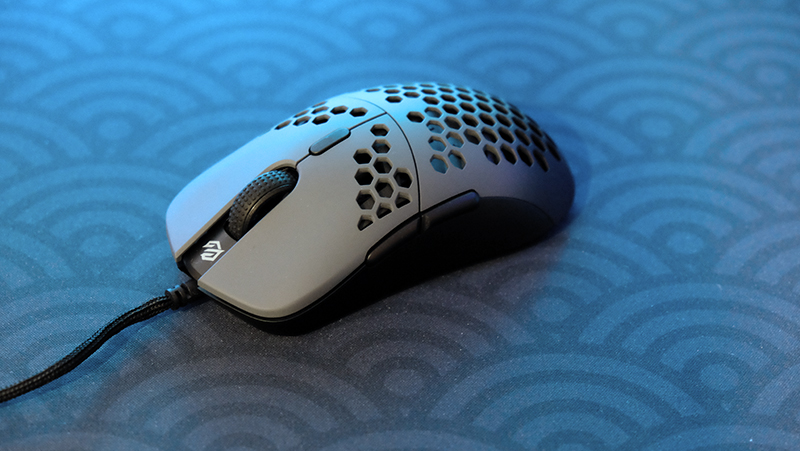 Let me just start off by talking about the Hati's shape. That's arguably what makes or breaks a mouse today, since any gaming mouse worth its salt today is using either a PMW3360 or 3389 optical sensor or some variant of them. Both of these are considered to be flawless sensors, which means no jitter, acceleration, or spinning out. If a mouse has one of these sensors, it's almost not worth talking about the tracking, since it's likely going to be perfect and nearly indistinguishable from rivals using the same sensor.

The Hati uses a 12,000DPI PMW3360 optical sensor, and as expected, I experienced no trouble with tracking as it translated my movements faithfully onscreen. That said, G-Wolves is also working on a version of the mouse with a PMW3389 sensor, which supports up to 16,000DPI and a maximum tracking speed of 400 inches per second (IPS), while the current PMW3360 handles up to 250 IPS. 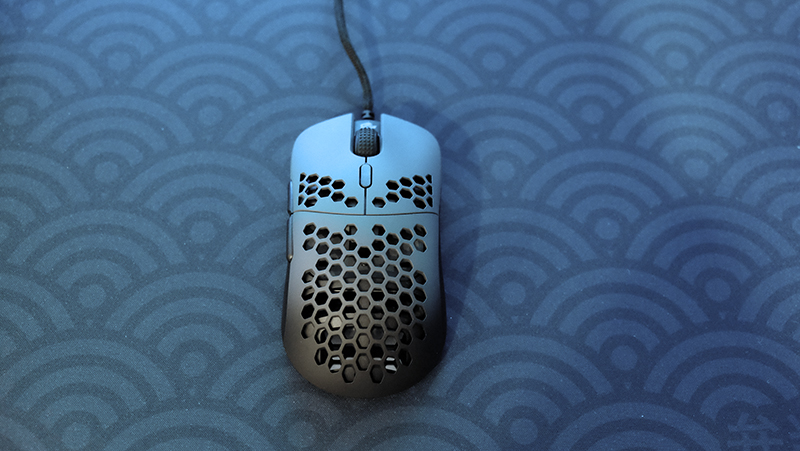 In comparison, whether or not you like the mouse's shape is very much a matter of personal preference. A mouse that's great for me may be uncomfortable for you, and it ultimately comes down to hand size and grip style.

The Hati is very similar to the G Pro Wireless, which is to say that the highest point of the hump is located around the middle of the mouse, as opposed to toward the back like the Cooler Master MM710 or Zowie ZA13. Mere fractions of a millimetre separate the dimensions of both mice, and the Hati measures 124.2 x 57.8 x 39.6mm to the G Pro Wireless' 125 x 59 x 40mm. Its shape works well for palm, claw, and fingertip grips, but I'd say it's actually a little better for the latter two grip styles. That's mostly because the centralised hump doesn't fill out your palm as much as something like Zowie's ZA series, so you might be happier with another mouse if you like having ample support under your palm.

But despite this being a medium-to-large mouse, I was able to adapt to it quite quickly, even though I have relatively small hands. The shape is a pretty versatile one, and I think most people should find it quite comfortable. If you're looking for a more ergonomic design, G-Wolves also makes the Skoll, which appears inspired by Zowie's EC series of mice. The two are named after Skoll and Hati, the wolves in Norse mythology that chase after the sun and moon.

Build quality is probably one of the bigger concerns when it comes to smaller brands that you've never heard of, but the Hati has a pretty solid matte plastic shell. There's no flexing when you push down on the sides or honeycomb top, and no rattling when shaking the mouse. However, it seems like the plastic on the bottom is a little thinner, and it does flex when pushing down on it, but only very slightly.

At roughly 62g, the Hati sits comfortably among some of the lightest gaming mice today, such as the Glorious Model O-. I'm a firm believer in the benefits of lighter mice, and I do think they make it easier to make quick flicks and track targets. On top of that, they're generally just less fatiguing to use.

The buttons feel great – they are crisp and there's no pre-travel to speak of. There's also not much side-to-side wobble on the left- and right-click buttons, certainly less than what I observed on the Glorious Model O mice, at any rate. The scroll wheel features well-defined notches, but it can be kind of noisy. It's still better than the wheels on Zowie mice though, and I don't think it'll bother you too much when you're busy gaming. 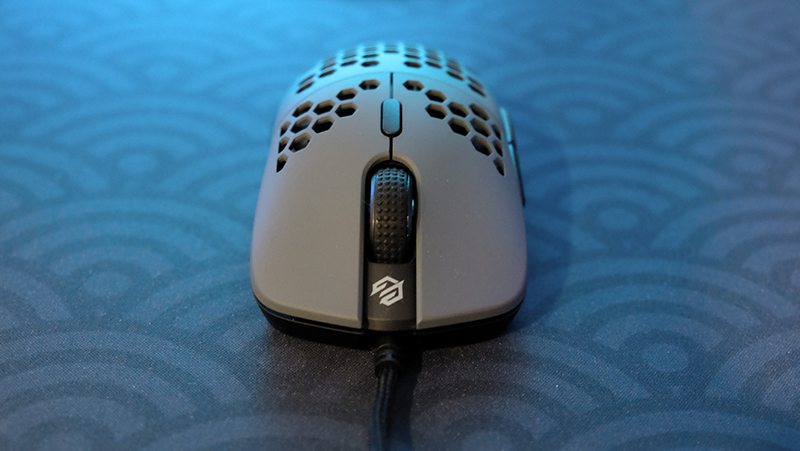 A DPI button sits below the scroll wheel, so you can easily switch between the 7 onboard DPI stages. The Hati comes with its own software as well, which offers a wide range of customisation options. There is no RGB lighting on this mouse, but you do have the ability to change things like the lift-off distance, double-click speed, and scrolling speed. On top of that, you can set the debounce time to as low as 4ms, similar to the Glorious Model O mice.

The paracord-style cable doesn't have some fancy name like the Ascended cord or Speedflex cable, but it's probably one of the best out there right now. The cord is tight and neat – unlike some other cables, it doesn't look uneven or puff out in random areas. It's also really soft and flexible, so you'll be able to use it quite comfortably without a mouse bungee.

If there's one thing I'd change, it'd be the mouse feet. They're generic-looking, tiny ovals that don't really inspire confidence, and I'd have liked to see larger feet in place. That said, I'm really nitpicking here, as the feet work perfectly fine in practice, and they have none of the scratchiness I've noticed on mice like the Razer Viper or Cooler Master MM710. However, the Hyperglide MS-3, which were originally made for the Microsoft IntelliMouse Explorer 3.0, will work just fine if you want to replace them. 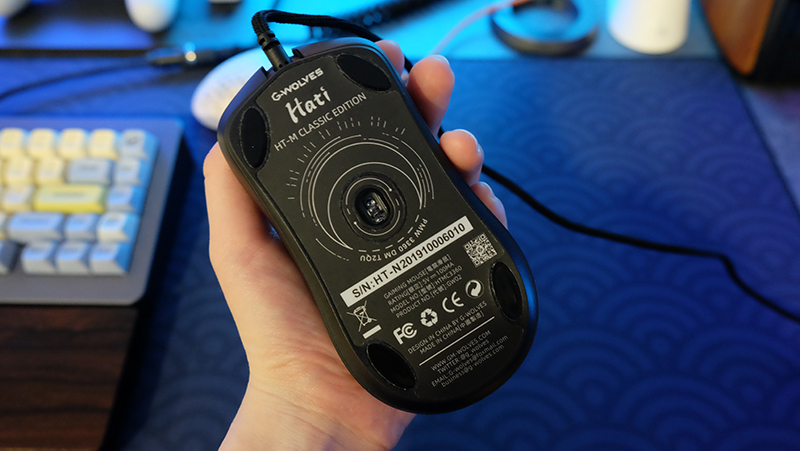 The mouse is available in a few colours on the X-raypad website, but there seem to be more colours on Amazon. This includes a bunch that really pop, such as a unique White & Blue colour. There's even a glossy white finish, so you can ditch the matte coating if that isn't your preference. A glossy coating can provide a better grip in dry climates, so it's nice that G-Wolves is offering that option.

The last thing I want to talk about is the packaging. G-Wolves ships the Hati in a nice metal box, and I have a feeling you'll be more likely to keep this than the cheap plastic packaging you get with most brands. In the box, G-Wolves has included two extra sets of mouse feet, a replacement cable, grip tape, and even a set of switches for mouse buttons 1 and 2. That's a lot of stuff in one box, and I can't think of any other brand that does the same at the moment. In fact, you'd be lucky to even get replacement mouse feet with some companies. 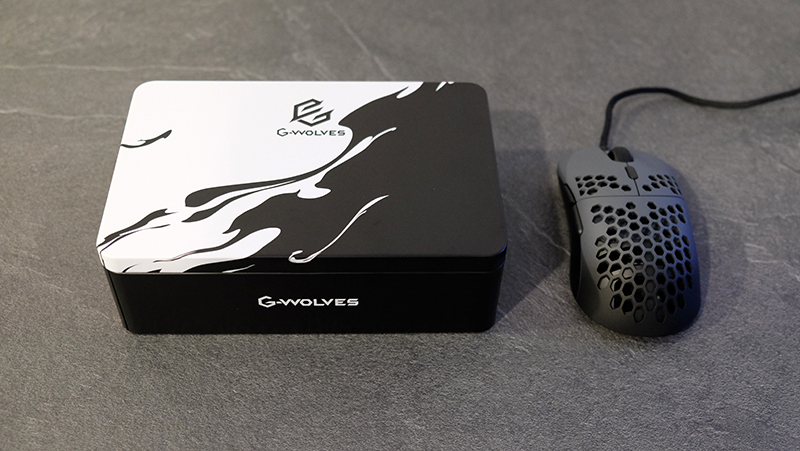 The G-Wolves Hati retails at US$63.90 on X-raypad, or US$76.57 after factoring in the shipping costs to Singapore. It's slightly more expensive on Amazon at S$108.06, but you might want to buy it from here because of the additional colours available. Compared to the S$99 Glorious Model O/O- and Cooler Master MM710, I think the Hati is pretty reasonably priced, especially after taking into consideration the extra goodies in the box. 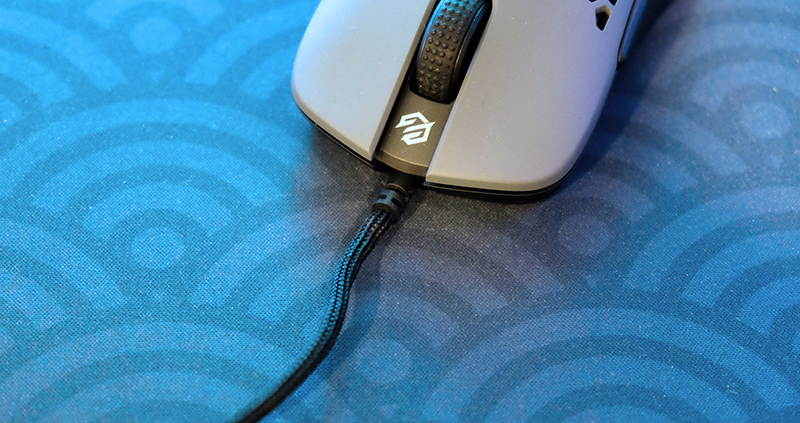 Still, it's not a small amount of money to spend on a virtually unknown brand, and I'd understand if you were wary. However, I think G-Wolves is definitely a name to keep an eye on, and from what I've seen on the Hati, I don't think you should worry too much about quality issues. If you like the shape of the Logitech G Pro Wireless but want a lighter (or cheaper) version of it, you should check out the Hati. Or if you just find the Glorious Model O or Razer Viper too flat, there's a chance that you might like the G-Wolves' mouse too.

One last tidbit before I go – G-Wolves is also working on a wireless version of the Hati, which could very well give the G Pro Wireless a run for its money.