If you are scratching your head because the name G Technology might not be familiar to you, you are not alone. G Technology’s website does not say much, but the company is in fact a spin-off from HGST (Hitachi Global Storage Technology), which in turn is a subsidiary of storage giant Western Digital. 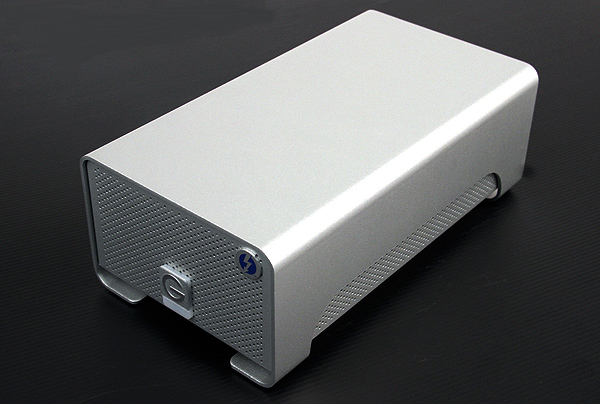 To put simply, the G RAID with Thunderbolt is an external desktop hard drive with two 7200rpm mechanical hard disks and a Thunderbolt interface. By default, the drive comes configured in RAID 0 (striping) but it can be configured to run in RAID 1 (mirroring) as well. For those unfamiliar with these two RAID configurations: The G RAID with Thunderbolt was designed specially for Mac users and features a stylish all aluminum construction that is in keeping with the latest Mac and MacBook designs. However, since it houses two 3.5-inch hard disks, it is pretty hefty and bulky too, weighing in at a considerable 2.5kg and is sized like a huge brick. Suffice to say, this is meant to be a desktop based direct-attached-storage (DAS) unit.

There’s white LED indicator on the front panel that lights up when the drive is turned on, and interestingly, the G RAID with Thunderbolt’s power status is independent of your system’s. This means that the drive will not switch itself off even if you turn off your system. Likewise, if powered down, it will not turn itself on when you switch on your system; you have to manually switch the drive on/off via a button at the back. Considering this, we would rather the power button be relocated to the front for easy access.

Behind the drive, apart from the power button, you will find two Thunderbolt ports. This means you can use the drive to form a daisy-chain of Thunderbolt-enabled devices. This is also useful if you have an older system that has only a lone Thunderbolt port and you can sue the G RAID unit as your hub of sorts. For more information pertaining to the Thunderbolt interface and capabilities, you can refer to these reading materials.

The drive only comes with a power adapter and power cable. The Thunderbolt cable is not provided, which is a huge oversight in our books since the interface is rather new at this point of time. Also, the drive is targeted at Mac users and so comes formatted in Mac OS Extended (Journaled) format. Here’s a closer look at the drive. 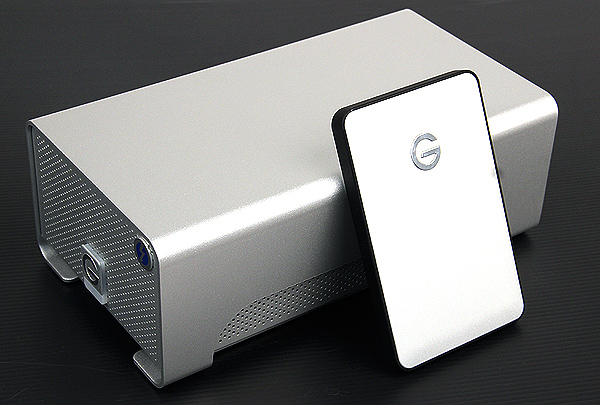 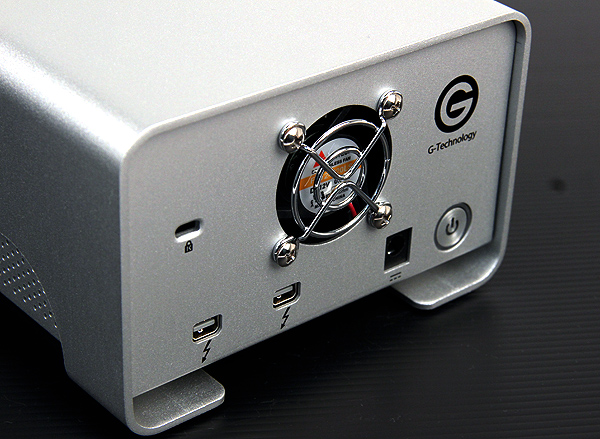