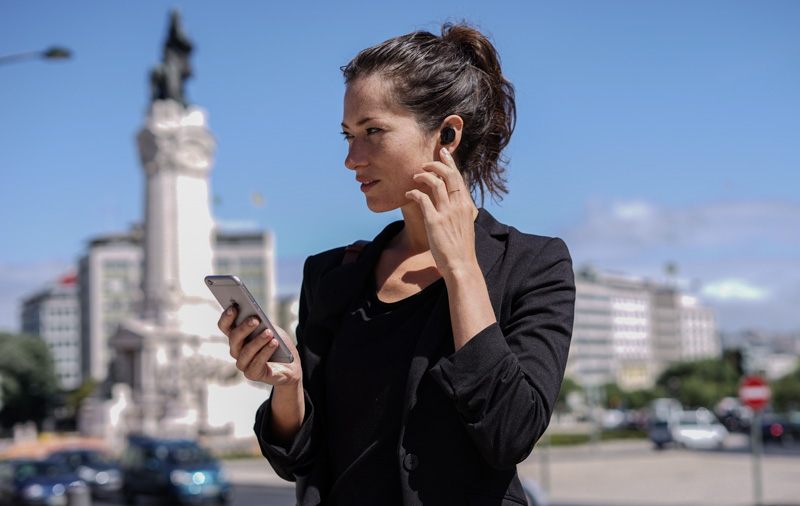 Bragi’s Dash Pro is the company's third attempt at a true wireless earbud solution, following last year’s The Headphone, and takes over from Dash as the premium headphones in the lineup. The Pro follows largely the same formula in terms of design for both the headset and the carrying case, but is said to be “renewed from the inside” for improved Bluetooth quality and better battery life. 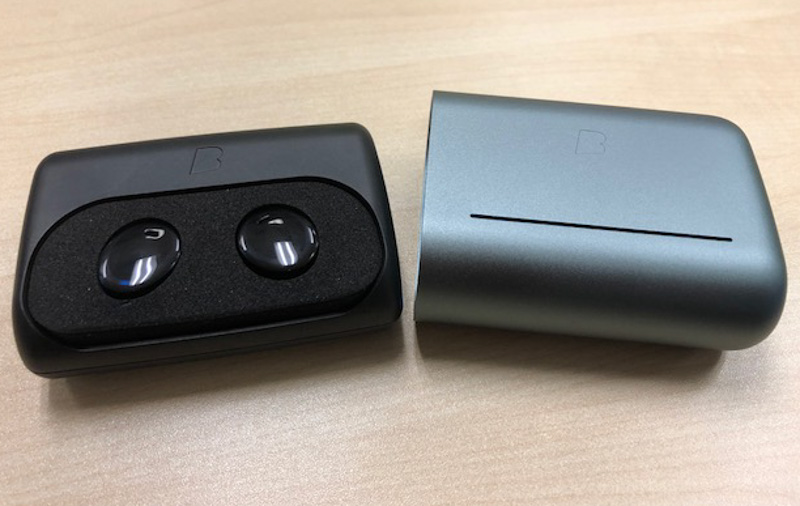 Those were the main bugbears with the previous headset, so it’s good to see that that the company has taken the feedback in stride. In a nutshell, the new headphones tout up to five hours playback on a single charge; together with the five charges provided by the carrying case, you're looking at potentially up to 30 hours of playtime before you need to top up the case's charge. 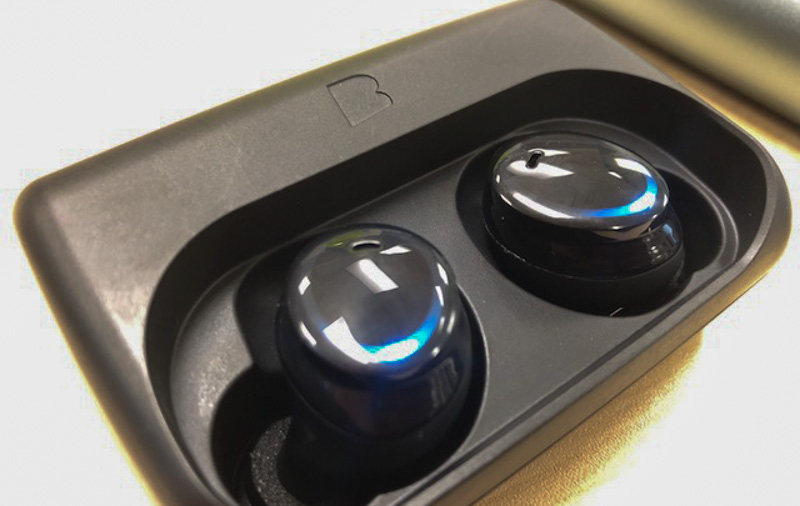 As mentioned earlier, the Dash Pro looks almost the same as the original Dash. It uses the same LED lights to indicate the battery status of your headsets via colors. For example, blue indicates full charge, while yellow indicates medium and red low.

It again comes with an onboard media player with 4GB of memory so you can use the headphones on a standalone basis. This actually works better than streaming audio from another device via Bluetooth, but you’ll be limited to linear control of your playlist (i.e. jumping forward or backward one track at a time) as there’s no way to see the entire set of tracks (not even via the app). 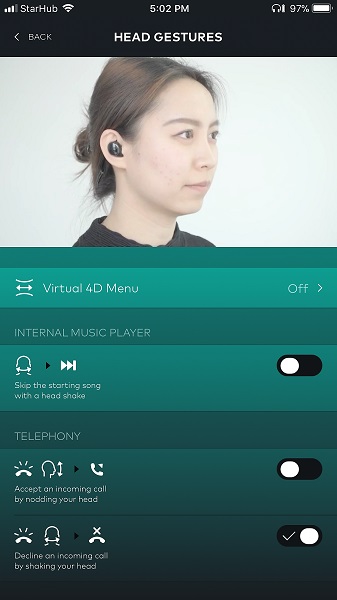 Given how deep the headphones sit in your ears, using taps to change tracks isn’t the most comfortable thing to do either, though I do think the headphones pick up swipes and taps fairly well. There’s also Bragi’s Virtual 4D Menu, which lets you literally use your head to call up and navigate a menu of commonly used functions. 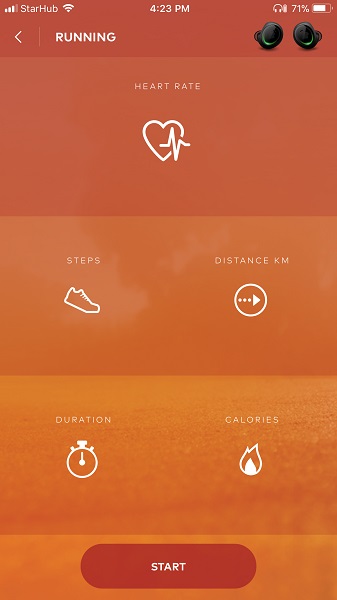 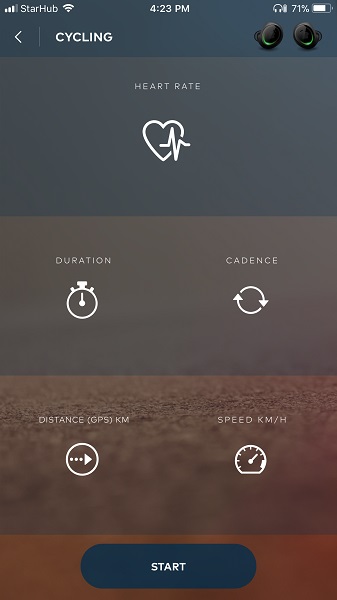 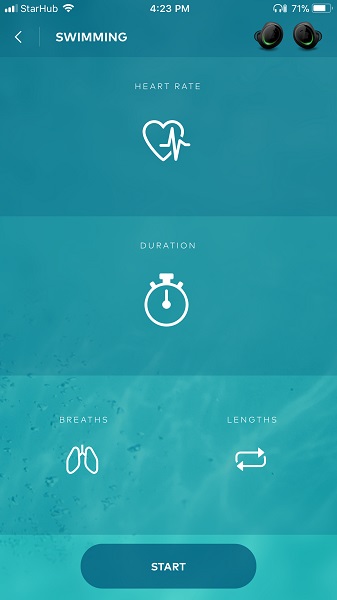 The Dash Pro also works as a fitness tracker, and it tries to automatically detect what exercise you’re doing so you don’t have to enter one manually. We say “tries” because it doesn't always get it right. For example, I was just trying to get out of the house on one particularly warm day and it comically thought I was going for a run. Thankfully, it's still possible to manually select a workout. 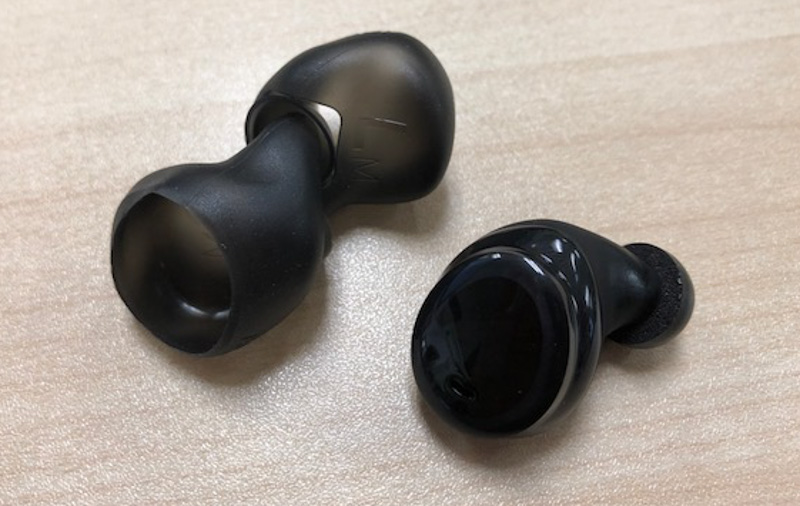 For those who exercise, the 4GB of onboard memory becomes invaluable, as you won’t need to keep your phone on you whenever you go for a run or swim.  To that extent, a set of rubber sleeves for enhanced protection and better fit (FitSleeves) has also been included. I had no problems adding the headphones to external apps like Runkeeper as an external heart monitor, and they play well with others too.

When it comes to audio performance, I'll say the Dash Pro delivers at about the same level as the Headphone before it, with a slight shift in audio signature away from the lower ranges for better performance in the highs.

Naturalness is a strength, as the headphones rendered acoustic instruments well as evidenced on a recording of Eric Clapton’s Layla from his Unplugged album. This piece is headlined by Clapton on guitar and Chuck Leavell on piano with extensive solos for both; giving the Dash Pro a chance to show off its imaging abilities.

A recording of I Love Paris by Johnny Friggo also gave the headphones a chance to show off how well it conveys rhythm and pace, as the fast-moving piece carries plenty of energy - I think the Dash Pro did a fair job of that.

I then moved on to a live recording of Hotel California by The Eagles to get a sense of the type of soundstage the Dash Pro delivers. In summary, the headphones favor a somewhat mid-sized soundstage but don’t quite have the chops to adequately separate the cheers of the crowd from the various instruments at work. Bass is also a little dry, though it has just enough weight to get by on this particular piece.

Overall, I'll say the Dash Pro perform best with pop and instrumental pieces. It generally does well with vocals too, as evidenced by the way it handles a cappella tracks. Rock and pieces with heavy bass, on the other hand, suffer a bit as it produces lean bass that doesn't have a lot of impact. 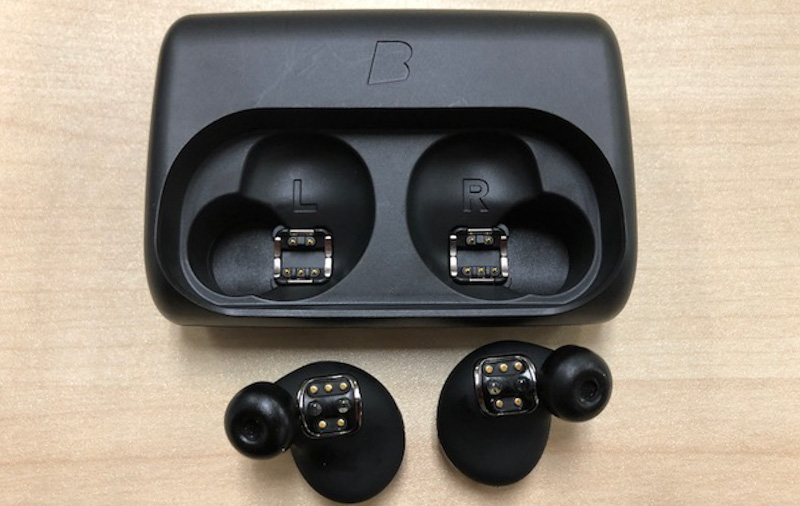 The Bragi Dash Pro fixes many of the connection issues that plagued the original Dash, and delivers better battery performance to boot, so in that regard, it is certainly much improved. The ability to act as a fitness tracker also helps it stand up to some of Jabra's and Samsung's latest fitness-oriented offerings. However, while audio performance is good, the Dash Pro is not well-balanced enough to be outstanding. Given that the asking price of S$528 is only S$20 off the retail price of our best ANC headphones winner, the Sony WH-1000XM2, and quite a bit more than the average price of the totally wireless earbuds we reviewed last year, it’s hard to justify these headphones from a value perspective.

Write a Review
Compare This | Specifications
Good battery life
Good with vocals and instruments
4GB internal storage, so you can listen to music without a phone
Automatic activity tracking
Poor bass performance
Overpriced compared to competition
Our articles may contain affiliate links. If you buy through these links, we may earn a small commission.
Sponsored Links