The Digital Pen And Paper Replacement. 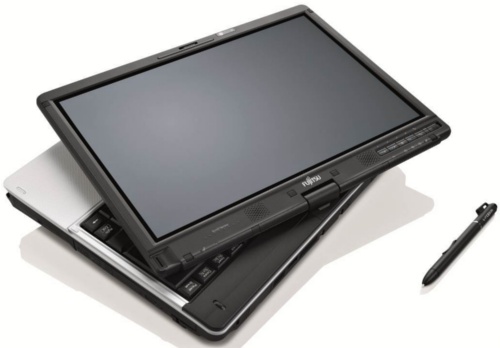 Its performance scores are also definitely on the average side. For PCMark Vantage, the T901 managed a score of 6,948, while 3DMark06 come out to just 5,791 3DMarks. Battery life was also an unspectacular 2 hours and 36 minutes.

For the uninitiated, Wacom is the biggest name in the graphics tablet industry. A patented technology powers the stylus, dispensing with the excess weight of batteries, making it light and easy to wield. For those professions that need convertible notebooks, the Fujitsu LIFEBOOK T901 is probably the best notebook you can get right now. Pinpoint accuracy and high sensitivity makes using the stylus on its tough (yes we tried poking it really hard) anti-glare Berliner Glass screen, a real pleasure. Add to that its speedy responsiveness and you have on your hands, something very close to pen and paper.

For regular users (with deep pockets), the T901 is 'future-proof'. How so? Well simply because it supports capacitive two-finger multi-touch gestures, as well as stylus input. Not terribly exciting on its own (unless you’re a pen and paper type of nerd), but throw Windows 8 into the picture, and suddenly you have a machine that more-or-less supports Microsoft’s upcoming tablet-friendly operating system.

Of course, its Sandy Bridge Intel Core i7 processor will be superceded by Ivy Bridge technology later on, but Windows 8 should still play well even with older machines (like a first generation Core i7 or older), if early previews are to be believed.

So now that you know what the Fujitsu LIFEBOOK T901 is more than it looks, don’t let silly things like its S$3,988 price-tag stop you from getting a piece of future proof hardware that lets you take notes everywhere you go. If you need to use the tablet to take notes on the fly, we recommend picking up the SSD option. That’s because if it needs to replace pen and paper, it’s got to deploy and react pretty fast. And by fast, we mean for situations such as taking down the license plate number of the car that just rammed into yours, or the phone number of the supermodel with an iPad, checking you and your er... big tablet out. 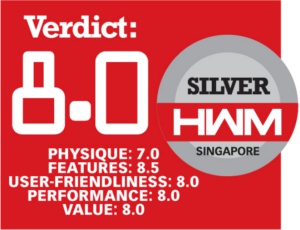