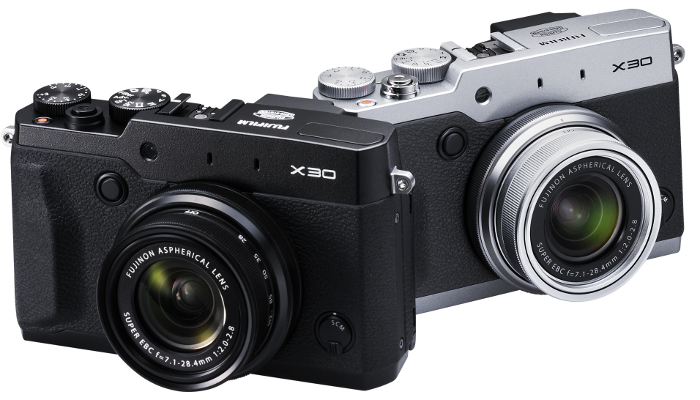 Camera manufacturers are stepping up their game for the high-end/ prosumer compacts segment, with Canon releasing its PowerShot G7 X and Panasonic throwing in a Four Thirds sensor in the Lumix LX100 that's aimed at the pros. Being one of the first camera vendors to spearhead the retro camera aesthetic, Fujifilm has been pretty quiet since its X20 prosumer compact from last year. Fortunately for Fujifilm fans, its successor, the X30 was launched a couple of months back.

We managed to spend a short while with the X30 during an earlier preview session, and the things that stood out was the X30's electronic viewfinder (EVF) and a few design changes. Now that we've had time to take the final retail model for a good shooting session, read on to find out more about Fujifilm's latest prosumer compact.

The Fujifilm X30 is slightly larger than the X20, but has a reassuring heft to its size. The bad news is that with the smaller Sony Cyber-shot RX100 III possessing a larger sensor in a smaller body, and the Panasonic LX100 having a larger Four Thirds sensor in a body that’s not much larger than the X30, the Fujifilm camera feels unnecessarily large and cumbersome when compared. Fortunately, the camera does not look or feel cheap, and comes with a more pronounced hand grip on the front and a larger thumb rest on the rear (compared to the X20). You can certainly get a reassuring grip of the X30 no matter how of you handle it.

Another reason why the Fujifilm X30 is slightly bulkier is probably because its using a a different battery pack than its predecessor. Fujifilm’s NP-95 battery is rated to be good for 470 shots which puts the X30’s battery life well above the competition which averages about 300+ rated shots. For heavy shutterbugs, this may even be a deciding factor to go with the Fujifilm X30 as it gives you more shots before requiring a battery swap. 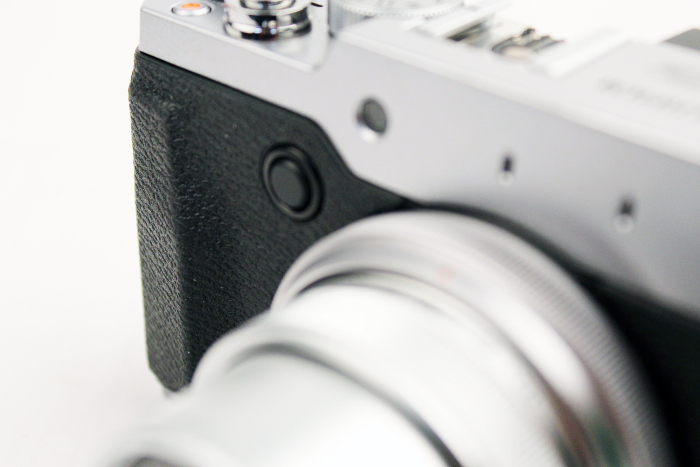 The Fujifilm X30 brings with it a couple of changes compared to its predecessor, with one being the 3-inch tilting rear display. Having a tilting display helps a fair bit when you’re shooting from a low or high angle, so it's definitely a welcomed addition. Also, the screen's resolution has been bumped up from 460k dots to 920k dots, which makes the X30’s screen much sharper. It isn’t a touchscreen though, so you will still have to rely on the D-Pad to set the focus area. 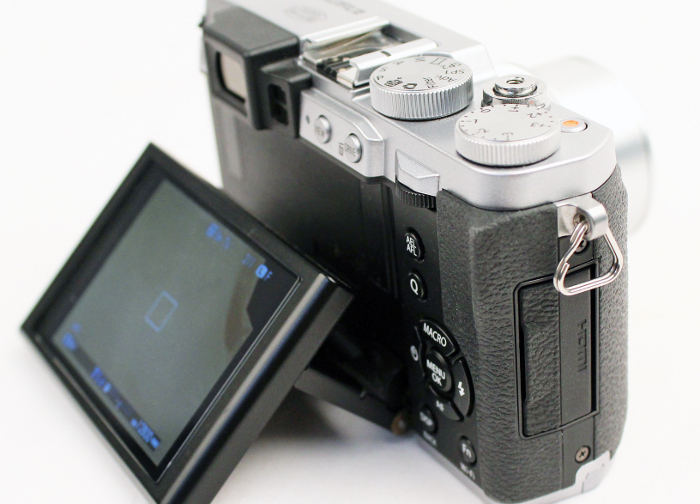 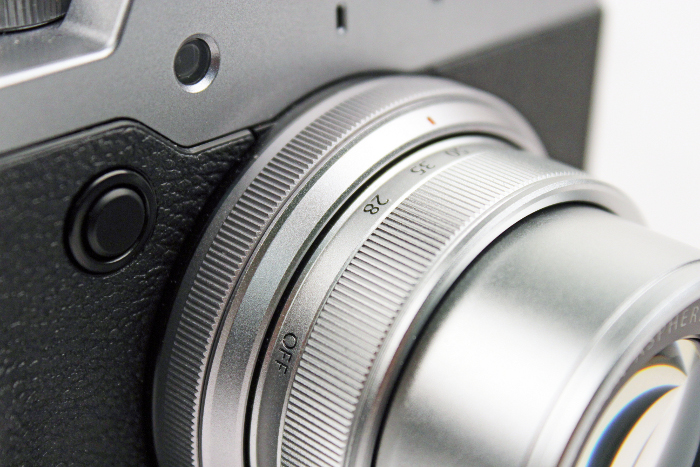 Similar to DSLR lenses, you twist the lens barrel to zoom, and it’s definitely a much faster way of getting close or zooming out when compared to the standard zoom lever on a compact. The X30 comes with a separate mode dial and an exposure compensation dial, which does hasten the shooting process by a bit as you won’t have to rely on the camera’s UI to adjust exposure compensation. 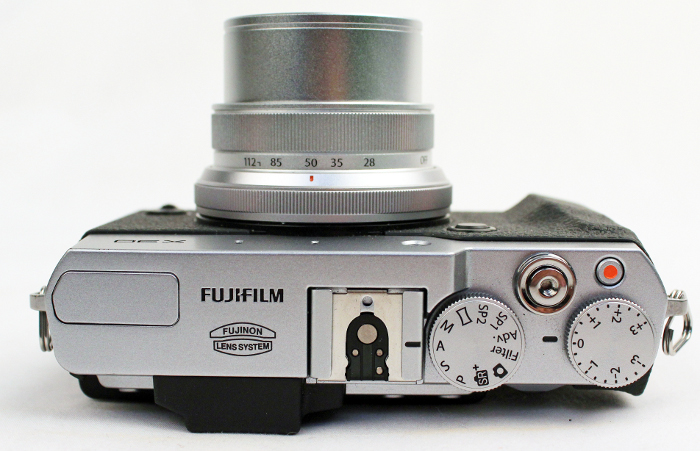 Fujifilm has also cut down on the number of controls found on the rear and rearranged the button layout. The scroll wheel around the D-Pad has been removed, and there’s a good degree of customizability as you can assign functions to the Fn button as well the as D-Pad buttons.

The X30 also comes with a now obligatory quick menu button which brings up a menu of shooting settings when pressed, and saves you the trouble of accessing the various tabs in the main menu. There’s also a dedicated dial to adjust exposure compensation. 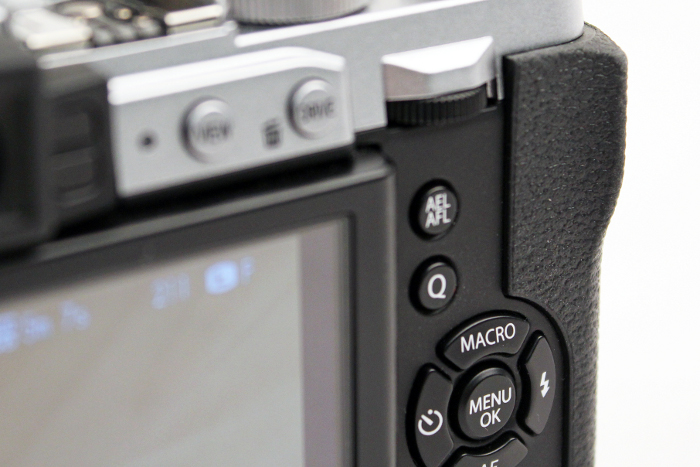 The optical viewfinder on the X20 has been replaced by an electronic OLED viewfinder (EVF), which provides 100% coverage as opposed to the X20’s 85% coverage. It’s quite big for a camera in this class and is pretty sharp as well, with a resolution of 2.36 million dots. Refresh rate is good, so you won’t see any ghosting or lag unless you’re shooting in darker areas where the EVF slows down just a bit. But the EVF most definitely comes in handy when you’re shooting in bright light and don’t want to deal with reflections on the rear display. 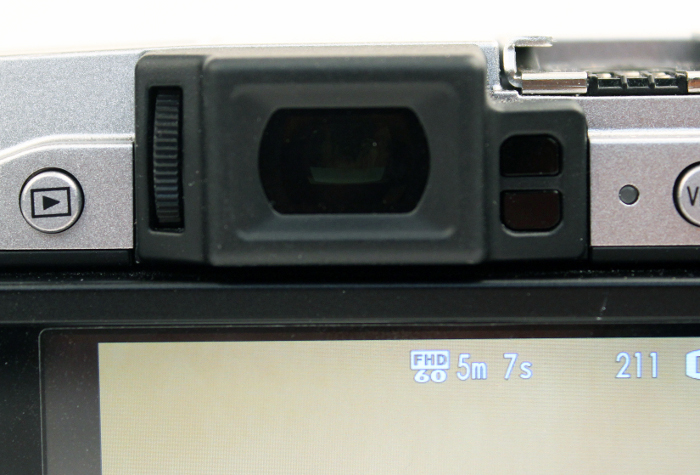