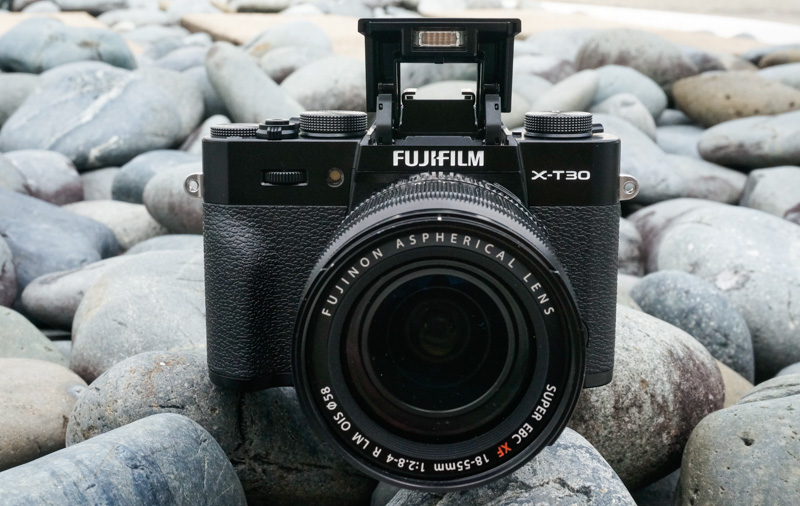 With the release of the X-T30 just last month, Fujifilm fans now have a lower cost option to the flagship X-T3 with essentially the same technology that made the X-T3 great. Just as with the X-T10 and X-T20 before it, the X-T30 is a highly competitive mid-range camera with an APS-C X-Trans sensor that looks like a strong competitor against Sony’s A6400, Nikon’s D7500, and Canon’s 7D Mark II cameras.

To get you even more familiarized with the new X-T30, here's our video overview to summarize the key features offered on this new camera:-

Also carried over, is the Sports Viewfinder mode, which shoots pictures within a cropped area representing about 16.6MP marked within the viewfinder. High-speed continuous shooting at up to 30fps using the electronic shutter (1.25x crop) is also enabled here, though the buffer is only about half that of the X-T3 as it maxes out after 26 frames (JPEG) of capture compared to 60 frames. At 8fps in full-res, the camera can sustain 18 RAW or 90 JPEG frames.

One important difference that we didn't mention in the video that's worth noting is that the X-T30 only supports the slower UHS-1 SD Cards. This corresponds to the smaller (and slower buffer), which does show its limitations when you're pushing the camera to its extremes. 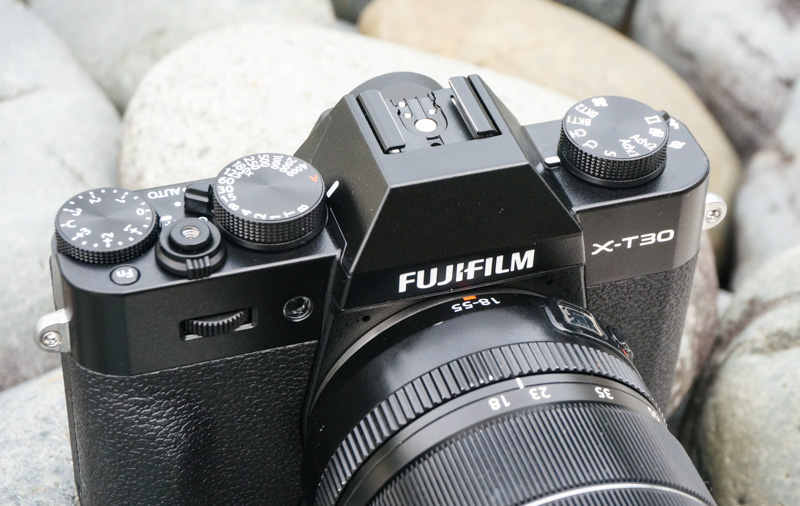 The X-T30 is certainly light and small, but the layout is largely unchanged from X-T20 before it, with three main dials up top. These let you set exposure compensation, shutter speed, and capture mode. There’s also a switch that lets you engage Fujifilm’s Advanced Auto SR mode, which picks the best setting from 58 presets based on what the camera detects the scene to be. This seems to be slightly improved, with an icon appearing in the viewfinder to indicate what type of scene the camera has detected. 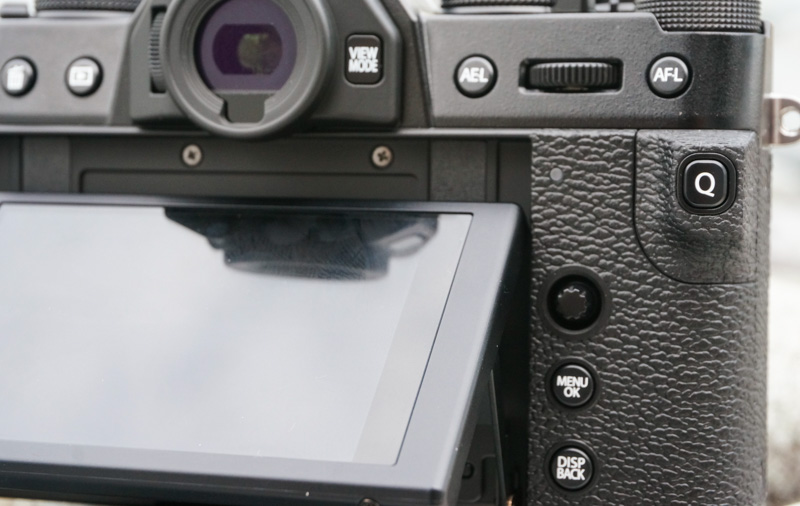 Overall, the camera responds quickly and intuitively. The menu system sees little change, and the option to assign features to custom buttons is still there, so you can still customize the camera the way you want it to handle it. New to the X-T30 (compared to its predecessor) is the inclusion of an AF lever from the X-T2, though it seems this has come at the expense of the four-way selector buttons. One thing we didn’t like was the shift of the Q-menu button to the center of the thumb rest. It’s just too easy to accidentally hit the button; disrupting the flow of your shooting. 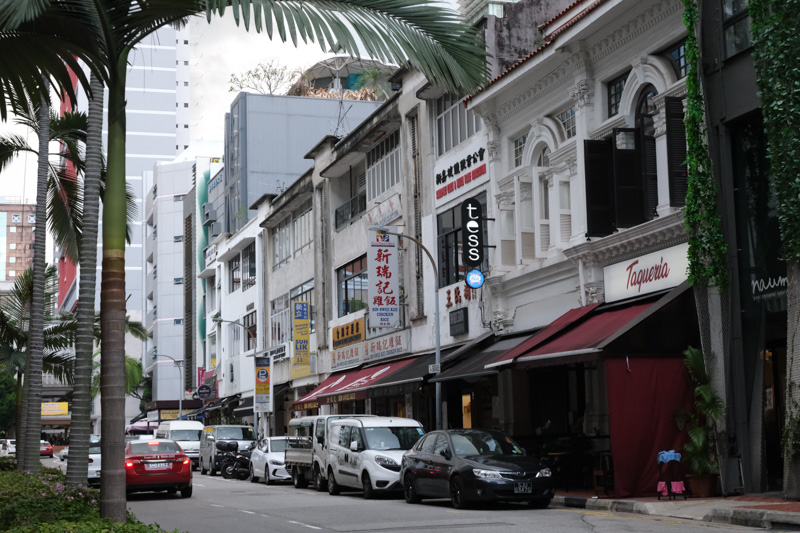 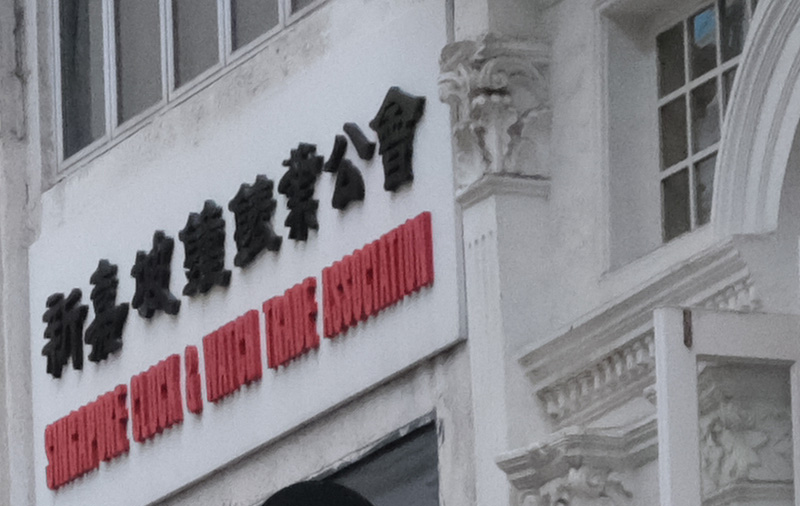 As expected from the X-Trans sensor, the X-T30 produces great images straight out of camera with good color and contrast, even with just the default color profile in good light. As you can see from the picture above, images do get a little softer in overcast or low light situations as there’s more noise from the BSI sensor, but overall we’d say you can safely go up to ISO 12,800 with this camera. Face detection autofocus works well; picking up faces once they’re within about 1.5m from the camera. However, we did find instances in our testing where the camera falsely identified shapes formed by architecture or flowers as faces. 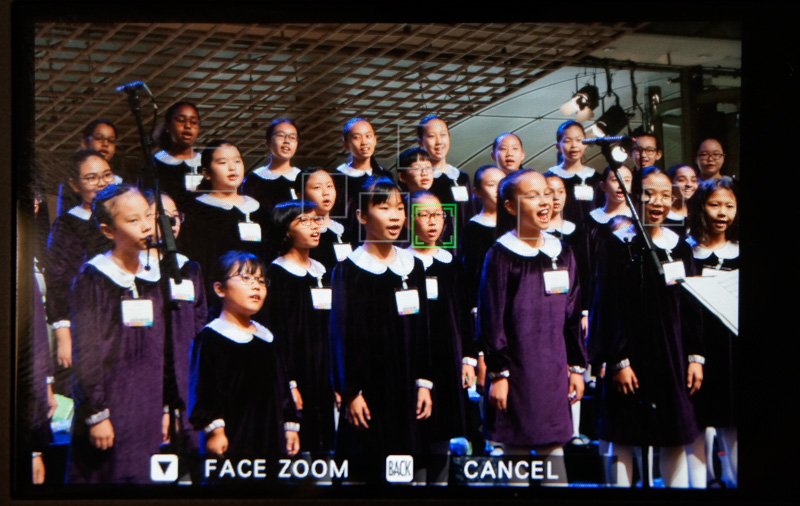 Still, when faced with a crowd of faces, like with this shot of the girls’ choir, it’s impressive to see how many faces the camera is able to pick out. The new Face Select feature lets you choose just which face to focus just by shifting the focus lever or by tapping on the screen. It’s a pretty handy function that lets you dictate the plane of focus to get it just where you want it.