Are meetings the only way for hybrid workers to keep in touch?
Product Listing
CanonCasioDJIFujifilmGoProLeicaLGLytroNikonOlympusPanasonicPentaxRicohSamsungSonyVeho 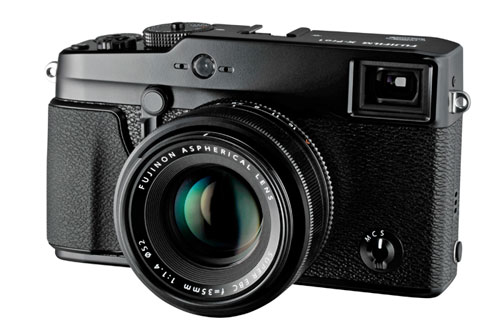 After fading from the professional digital market with the discontinuation of the S5 Pro DSLR camera (2007 edition), Fujifilm has remained in the public eye largely as a maker of consumer digital compact cameras. It was always a bit of a shame, considering the company's rich photographic legacy. Fujifilm has made various rangefinder and professional medium format film cameras through the years, and their high quality lenses are used in satellites, binoculars, telescopes and professional video cameras. Even though film has suffered a gradual decline, Fujifilm's films were and are among the most highly regarded in the world.

The evidence of Fujifilm's know-how came together in a big way in last year's X100, a retro-inspired rangefinder-like digital camera, which combined an APS-C sensor inside a compact body with a fixed 35mm f/2 lens. While the camera had its quirks, most agreed that its strengths overshadowed them. The X100 was a huge hit, and put Fujifilm back onto the map for enthusiasts.

If there was one thing users wished for on the X100, it was the ability to swap lenses on the camera. Indeed, the camera's lack of a traditional mirror box led to speculation that the X100 was an early beachhead into the mirrorless system camera landscape. And it turned out to be true: In January 2012 Fujifilm announced the X-Pro1, their first mirrorless system camera and the apex of their comeback.

What's New about the X-Pro1 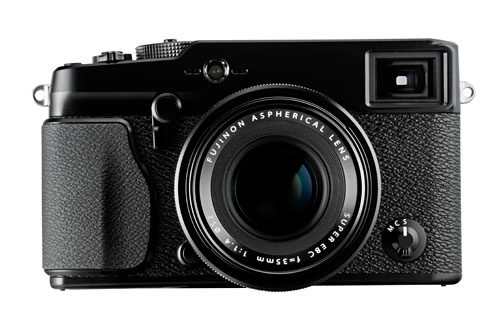 The X-Pro1 does away with the low-pass filter altogether, promising to solve the problem of moiré with its new color filter array. Inspired by the random arrangement of fine film grain, the new array's RGB pixels are arranged in 6 x 6 pixel sets with a high degree of randomness. According to Fujifilm, increasing randomness eliminates the cause of moiré, and results in higher resolution as well as better color reproduction.

Like the X100, the X-Pro1 is a unique, new kind of camera. It is rangefinder-like, but it is not a digital rangefinder. It comes with a hybrid viewfinder like the X100, but with some changes to account for the use of interchangeable lens. The optical viewfinder lets you look directly through the glass, giving you a bright and clear view of the frame as well as what's outside the shooting frame (similar to a rangefinder). With a flip of the switch on the front of the camera, the optical viewfinder switches to an electronic viewfinder which lets you see exactly what you shoot.

The X-Pro1, like the X100 and X10 before it, isn't a cheap camera. At S$2400 for the body alone it's even more expensive than a Nikon D300s (S$2388) or Canon 7D (S$2249) DSLR camera at the point of writing this review, making it the most expensive mirrorless system camera on the market - discounting the Leica M9, which, depending on how you look at it, is also a mirrorless interchangeable-lens camera. The M9 comes with both a larger full-frame sensor and a larger price-tag at S$11388 for the body alone. It's worth noting that the M9 and the M8 are the only other mirrorless system cameras besides the X-Pro1 to offer an optical viewfinder.

Compared to that, the X-Pro1 might appeal to enthusiasts looking for a digital rangefinder-style camera that is more affordable, producing DSLR-equivalent image quality in a smaller body than a DSLR. "Smaller" is always subjective because beyond a certain size of being able to pocket a camera, they are no longer considered 'small'. However, the smaller build than a DSLR improves portability and perhaps even handling for some people. 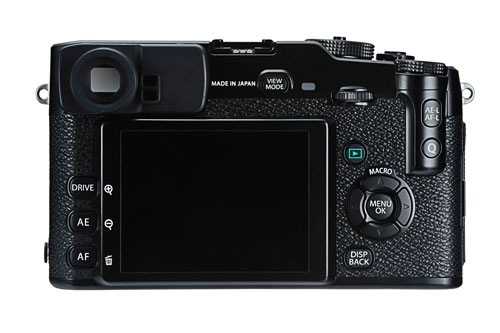 Write a Review
Compare This | Specifications
Finely detailed images with low noise
Bright optical viewfinder
Faster buffer than X100
Sluggish auto-focus
High price
Our articles may contain affiliate links. If you buy through these links, we may earn a small commission.
Sponsored Links