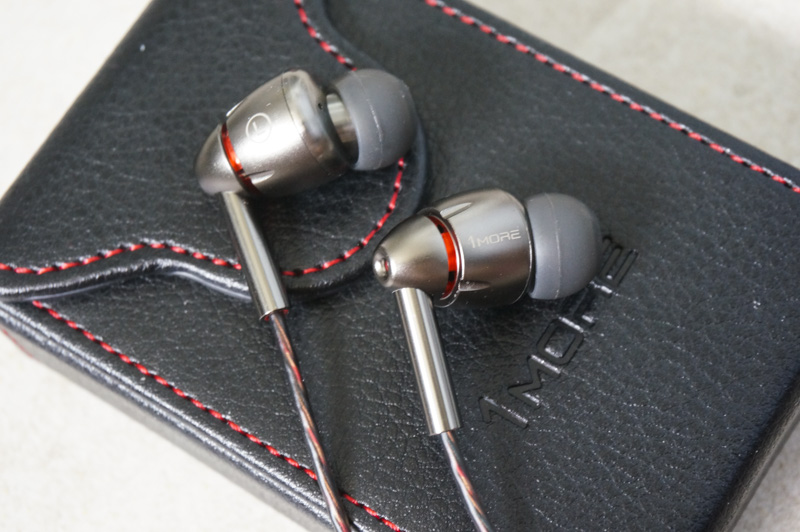 We first touched on the 1More quad-driver in-ear headphones (henceforth  referred to "Quad Drivers" for simplicity’s sake) during our coverage of this year’s CanJam Singapore. That was also where we got a brief audition which honestly left us intrigued and eager to hear more.

Along with the 1More triple-driver in-ear headphones (hence forth “Triple Drivers”), the Quad Drivers are the first set of headphones to earn THX certification, which means they’ve been tested for nominal deviation between left and right channels, and sufficient sensitivity to “achieve a premium level of audio output, while maintaining minimal distortion at the required sound pressure level”. 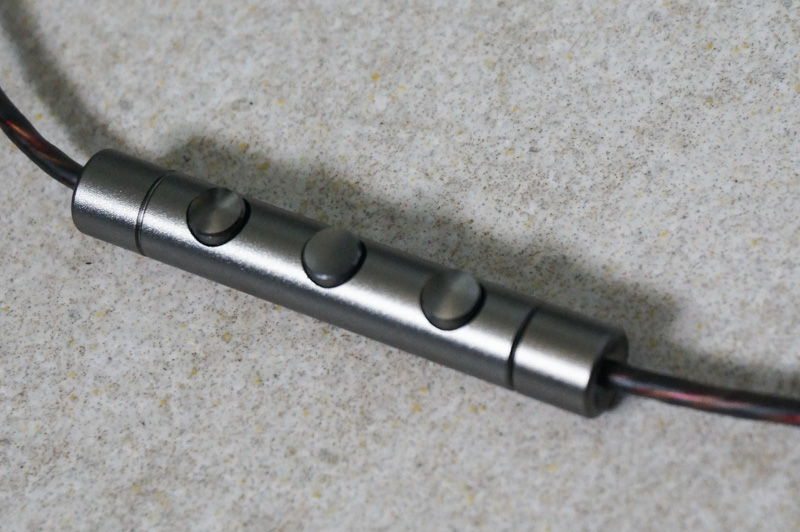 As with the Triple Drivers, the Quad Drivers come in a premium box filled with accessories. There’s again a leather carrying pouch to fit everything in, 9 sets of spare ear tips of different sizes, a shirt clip, and an Airline Adapter. In short, everything you might want from a set of headphones except maybe a custom Lightning jack adapter. 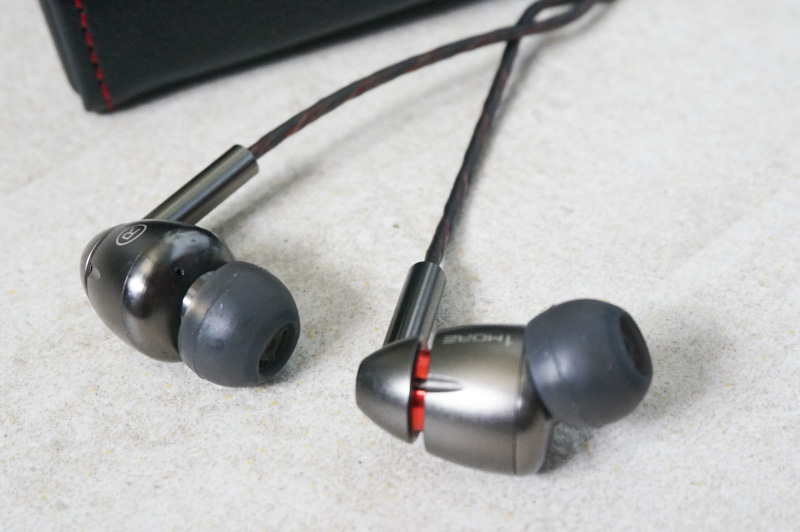 Compared to the Triple Drivers, these have a much more premium finish. There’s more metal used across all the housings, and even the in-line remote feels more solidly built, as it’s now made of aluminum with slightly raised buttons for easier access. The braided kevlar-core cable from the Triple Drivers has also been changed – now you get oxygen-free copper cable inside a Kevlar sheath – which also adds to overall feel of it being a more premium product.

Of course, the biggest difference lies in the drivers. The Quad Drivers use a Diamond-like carbon driver for mids and bass, and balances that out with two balanced armatures for highs and a third for ultra-high frequencies for absolute definition. How high is "ultra-high" you say? Think along the lines of 40kHz – twice of what is generally considered the upper limit of human hearing.

The one thing that stood out to us with these headphones is that they exhibited excellent imaging capability and naturalness. For example, on a recording of Ana Caram’s Correnteza, the Quad Drivers rendered every note with good detail. The headphones surprised us with a slightly mellow bass line from the cello in the piece, but peppered it with great trebles and highs in terms of the shakers, percussion bells and the guitar work in the piece.

Moving to a faster piece in Johnny Frigo’s I Love Paris, we thought the headphones did a great job with the pacey piece, easily keeping up with the frantic cymbal work of the drummer and of course, the string work of Frigo and the cello player. Stereo imaging was on show when the saxophone kicked in too, as you could clearly hear where everything was – drums dead center, strings to your right while the sax is to your left. Needless to say, the headphones are great with jazz pieces.

It seems the headphones do well with rock too, as with a recording of Sweet Child O’ Mine by Guns N’ Roses, the headphones produced a most engaging performance. There was good balance between all the instruments in the piece, and the headphones took advantage of the chance to show off its ample bass.

On 24K Magic, the headphones again showed a great ability to get you moving with faster pieces. The bass beat is again full with good weight, while the headphones pick out the vocals in the track well, so you can really feel the sense of interaction between Mars and his backing singers.

On our formal test tracks, we’d say the headphones again did well overall, speaking to the great quality demonstrated across the entire frequency range.

With Adele’s Melt my Heart to Stone, the headphones displayed  fairly good clarity to start. There was a slight bit of sibilance detected in the piece, but we felt the overall performance was pretty good, as the bass kicks in nicely and the strings are pretty well picked out too.

On Buckethead’s Sail on Soothsayer, we though the headphones did a good job of giving Buckethead’s guitar work just enough weight so that it remains the centerpiece of the track. There are sparkly highs and deep lows on this piece, and the headphones handle both extremes well.

The same could be said with Hotel California by The Eagles actually, as this piece really gives you a bit of everything. There’s stereo imaging in terms of the shakers to the right of you, the lead guitar is off to your left, and Don Henley’s vocals are just off center, plus you have the cheers of the crowd sitting all around the band. All of this is handled with aplomb by the Quad Drivers, so if you close your eyes you can easily picture where everything is.

Ending of our testing with Elements of Life by Tiesto, we were surprised by the amount of bass the headphones was able to output on this track. There was a real thump to the bass and the headphones exhibited a good sense of pace along with an expansive soundstage, making it quite an enjoyable listen. 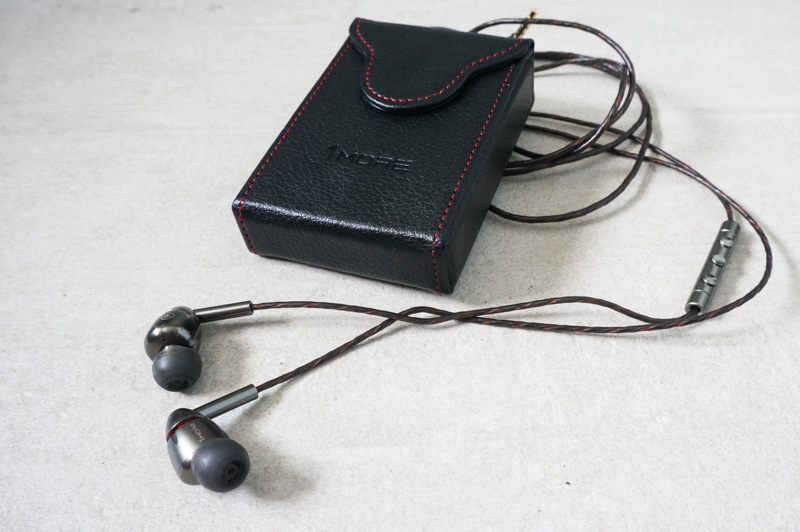 The 1More Quadruple drivers deliver great performance across the audio spectrum. There’s bass when you need it; and good performance in the highs and lows too. The finish is more than worthy of the S$299 price tag too, especially when you consider all the added extras thrown in. All things considered, these are certainly worthy of the “flagship” label. We’d venture to say they turn in a much more impressive performance than its cheaper Triple Driver sibling too - even when rated at its price point. Sure, the Triple Drivers deliver more from a price-to-performance ratio perspective, but with the Quad drivers you’re pretty much certain to have an enjoyable listening experience no matter the genre of music you choose and a more refined experience overall.

Write a Review
Compare This | Specifications
Great performance across the spectrum
Good set of accessories thrown in
Remote works with both Android and iOS
Cables aren't user replaceable
Our articles may contain affiliate links. If you buy through these links, we may earn a small commission.
Sponsored Links