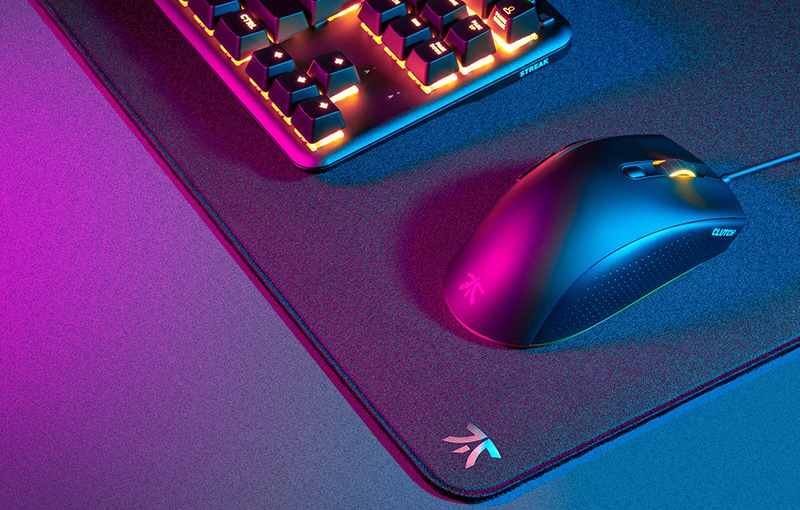 A hybrid surface for both speed and precision

While there may be a seemingly endless selection of cloth pads to choose from today, the Fnatic Dash XD still manages to stand head and shoulders above the crowd. It is available in two sizes, the smaller Dash L, and the desk pad-sized Dash XD, which is what I have for review.

The Dash XD measures a whopping 950 x 500 x 3mm, slightly larger than your average extended desk pad. You should measure your desk to check that you have enough room for it, especially with regard to its height. In fact, it's almost a little too tall, and part of my monitor stand is now sitting on it.

At S$99, the Dash XD is rather pricey, especially for a mere mouse pad, but it makes up for that with top-notch quality and a unique mousing experience that few other cloth pads offer. 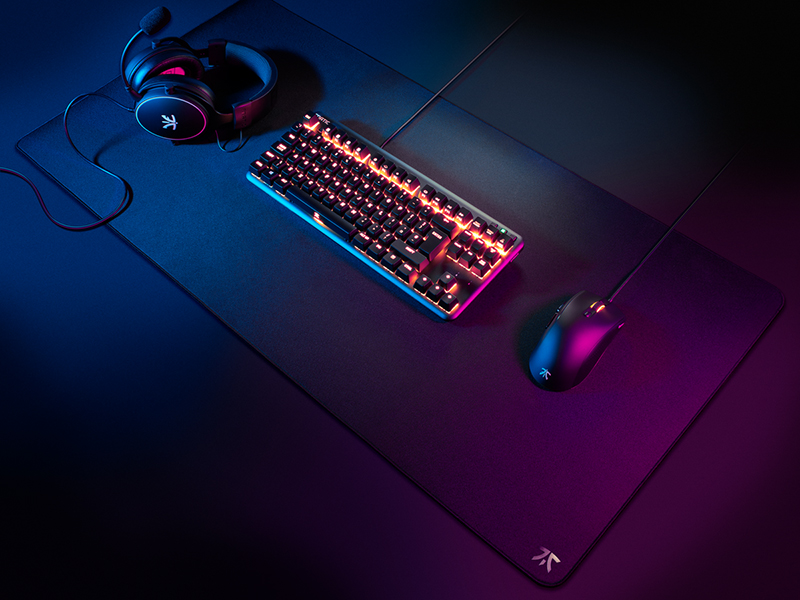 Right from the moment you unbox it, the Dash XD delivers. It unfurls almost perfectly flat right out of the box, and there's no annoying lifting of the edges. What's interesting is that Fnatic says you should never roll the mousepad with the gliding surface on the inside, a similar caveat that Artisan attaches to the Shidenkai, a very fast pad with a glass coating.

While the Dash XD doesn't seem to have a glass coating like the Shidenkai, it utilises what Fnatic calls an F15 polyester blend surface that it says it's designed on its own. This is a hybrid surface that combines the hyper-fast glide of hard, plastic pads with the control and stopping power of soft, cloth pads. In effect, it's supposed to give you the best of both worlds, offering the speed needed to track fast-moving targets and also the precision to nail quick flicks.

Another point to note is the uniform X and Y tracking. This is important because many mousepads still have slightly different glides along the X and Y axes, where one is faster than the other. Uniform tracking along both axes is important because it provides more consistent movement in both directions and is more conducive toward building muscle memory. 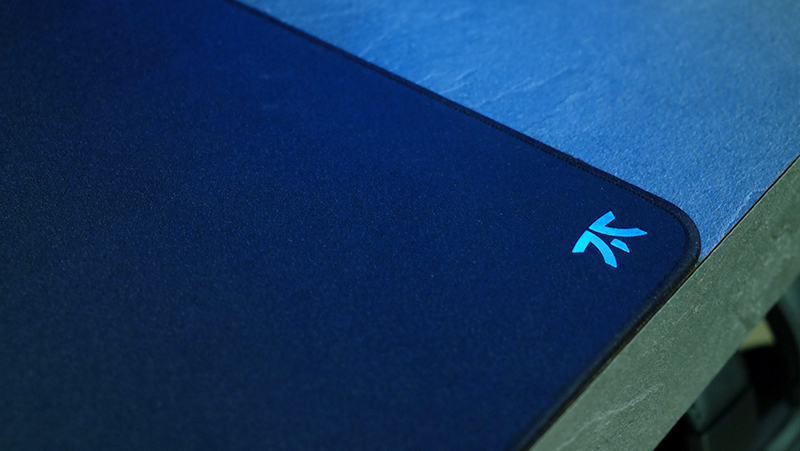 The surface is also slightly liquid-resistant, so it won't immediately soak up spills. Note that this doesn't mean the pad is liquid-proof – if you wait too long to clean up, water, soft drinks, and everything else will still soak through. Nevertheless, this still makes wiping up spills a lot easier.

The polyester blend surface appears to resist dust accumulation quite well too, particularly important for an all-black pad. While I noticed that my Razer Gigantus V2 picked up dust and dirt quite quickly, the Dash XD stayed clean for far longer, perhaps because its super smooth hybrid surface doesn't trap dust as easily as the weave of a cloth pad.

Suffice to say, every inch of the Dash XD oozes quality, down to the tightly-woven stitched edges that protect against fraying. I like that the stitching is flat, so you don't feel it digging into your arm while gaming. The F15 surface is extremely smooth as well, which makes the mousepad really comfortable for long hours of use. In comparison, the Cordura surface on the Cooler Master MP510 is a lot rougher and may cause skin irritation for some folks. 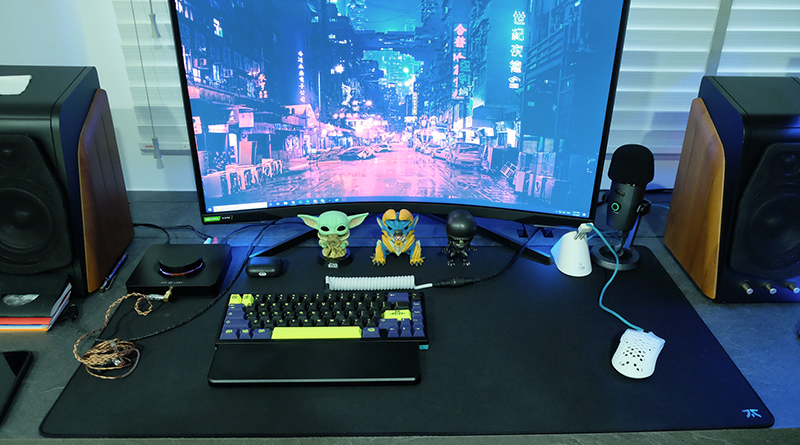 The rubber base does its job of keeping the mousepad in place with zero slippage. I'm also happy that there isn't the strong smell of rubber that I've noticed on certain cloth pads, nor any residue left behind on the desk surface.

My one gripe would be the Fnatic logo in the bottom right corner, which looks as if it is stamped in silver foil and can be peeled off. Fortunately, it's small and unintrusive, and the mousepad still retains its overall minimalist look.

When it comes to performance in game, the Dash XD feels pretty fantastic. While I'm more used to a slower pad with more control such as the Razer Gigantus V2, the Dash XD still offers sufficient stopping power such that my mouse never felt out of control. I'm still able to make micro-adjustments with ease, which many hard pads struggle to allow you to do.

That said, it is still markedly faster than most other cloth pads I've tried, and I'd say it's most similar in speed to something like the Artisan Hayate Otsu. So if you're more used to slower pads like the SteelSeries QCK+, this may take some getting used to. Having said that, the Dash XD is probably best suited to games that require accurate tracking above all else, such as Apex Legends or Overwatch. That's not to say it cannot be used in games like Valorant however, and I was able to use the Dash XD without feeling like my aim was suffering. 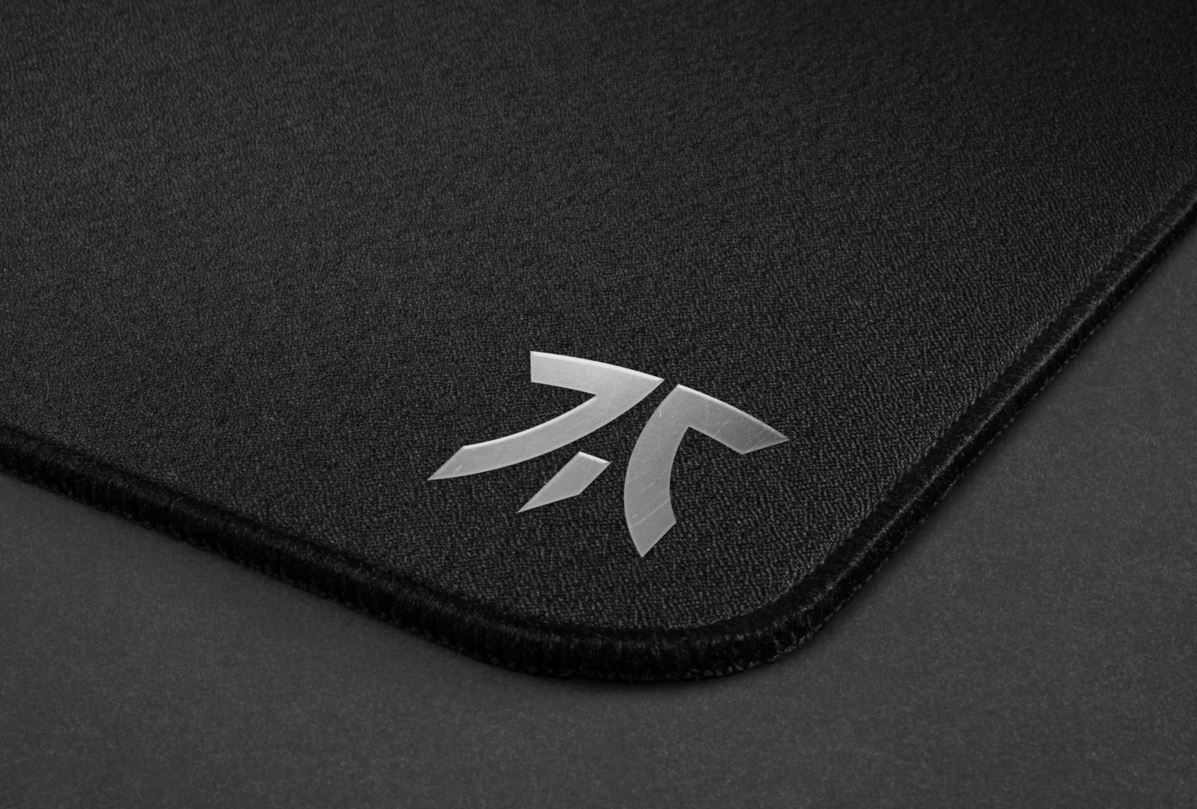 As a company that people think of more as an esports team than a gaming peripherals manufacturer, Fnatic has done an absolutely stellar job with the Dash XD. This is one of the most premium mousepads I've used, and its quality construction is apparent right from the outset. It successfully combines the benefits of both hard and soft pads, all with a smooth, cloth-like surface that feels comfortable under the skin and allows you to roll it up for easier transport.

If you want something faster than your average cloth pad that doesn't sacrifice control, the Dash XD should be a great fit. Better still, it's far gentler on your mouse feet than most hard pads and won't chew them up. The S$99 price tag is steep, but the Dash XD will last you a long time and serve you well.

Write a Review
Compare This | Specifications
Top-notch quality and stitching
Offers excellent combination of fast glide and control
Easy to clean
May be a little too tall for some desks
More expensive than most competing desk pads
Our articles may contain affiliate links. If you buy through these links, we may earn a small commission.
Sponsored Links