We first saw the Flame Freezer heatsink in DFI's high-end X48 motherboard. The current heatsink on the DFI UT X58 is slightly modified, with fewer fins and heat pipes. However, the rear heat fins array on the motherboard itself appears to be larger than the one on the DFI X48, which we suppose compensates for this. 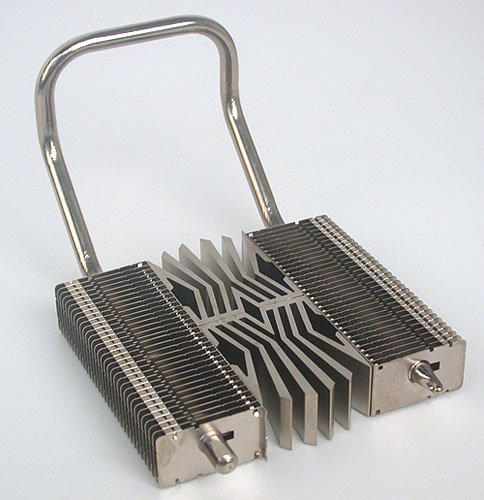 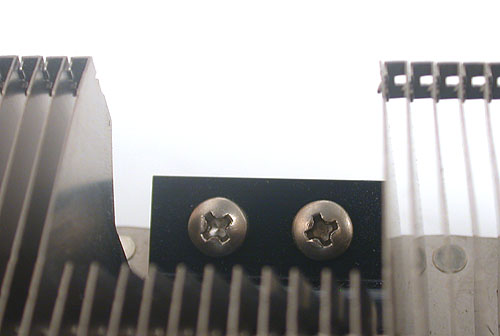 The alternative is to install the Flame Freezer inside the chassis, by mounting it on the passive heatsink over the Northbridge chip. This does take up some space within the chassis, not to mention that it won't be able to take advantage of the air currents generated by the rear system fan. It's no surprise then that DFI highly recommends the first scenario. 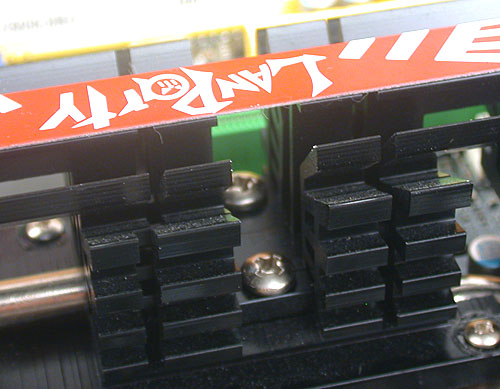 Besides the distinctive Flame Freezer heatsink, the DFI UT X58-T3eH8 is similar to the other three motherboards that we had in our shootout. The number of expansion slots, the DIMM slots, the SATA ports are on par with the competition. This means that one can choose either CrossFire (dual) or 3-way SLI on this board, as expected from an Intel X58 chipset. The eight SATA ports places the DFI on the lower end of the spectrum, just slightly more than the ASUS Rampage II Extreme, while the lack of eSATA is another quibble we had. 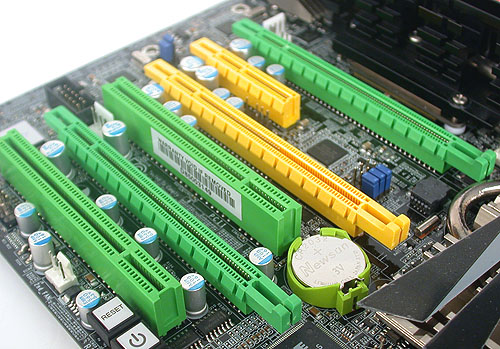 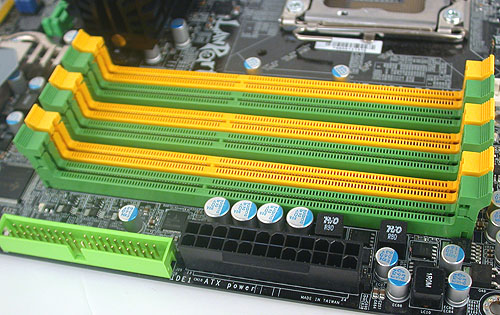 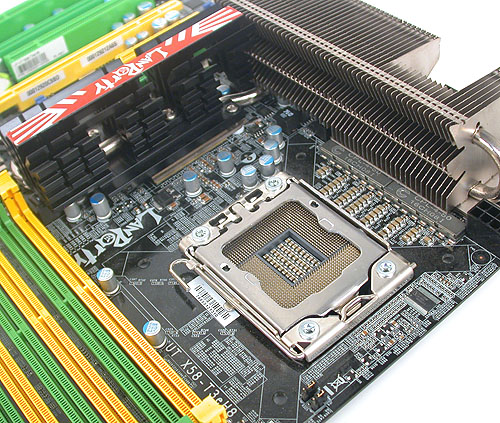 Like most motherboards nowadays, onboard switches, LED status indicators and solid capacitors are the norm, with DFI fulfilling all these. The vendor prefers digital PWM chips in fact, with Volterra the touted brand for them. Meanwhile, there are quite a few jumpers on this board, allowing users to bypass the BIOS if they prefer and do it the 'old-school' way. 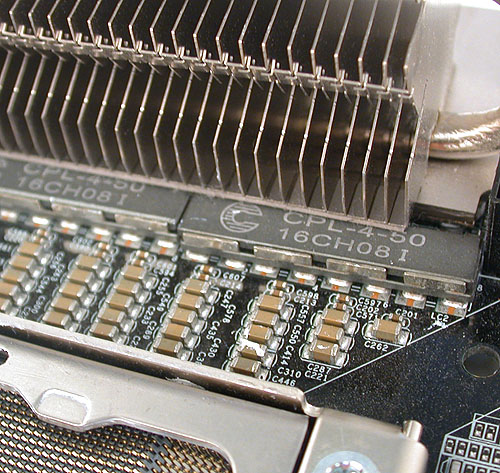 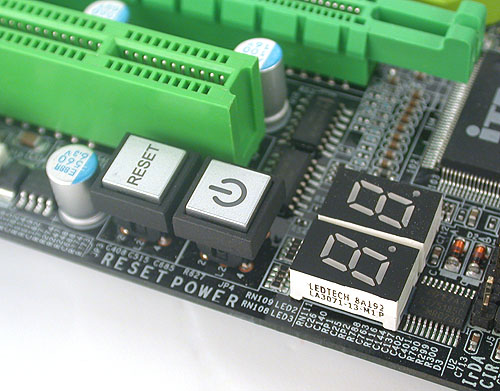 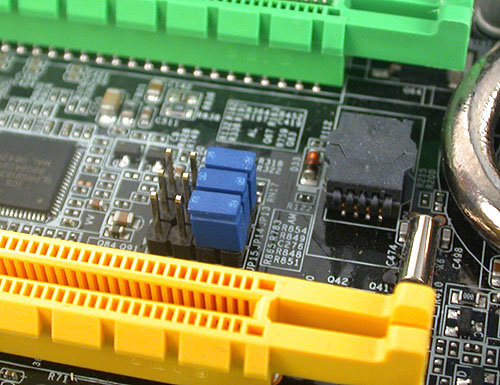 Generally, we were quite pleased with the board layout. SATA ports are aligned properly facing outwards while the PCIe x16 slots are spaced sufficiently apart to allow for dual-slot graphics cards. We had no problems too when installing the CPU heatsink, with the surrounding motherboard heatsinks not interfering. 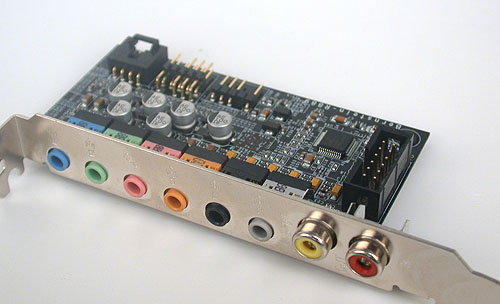 Also, while the Bernstein audio module does not exactly require a PCIe/PCI slot, it does take up an expansion slot. Good thing is that it does have quite a comprehensive array of I/O audio ports, including coaxial S/PDIF.